It was a gloomy start to the cruise season this morning as Amadea became the first ship* of the year for the second time. There was an  early promise of some sunshine, but that soon changed as cloud built in with  reports of snow showers on the eastern shore a few miles away. 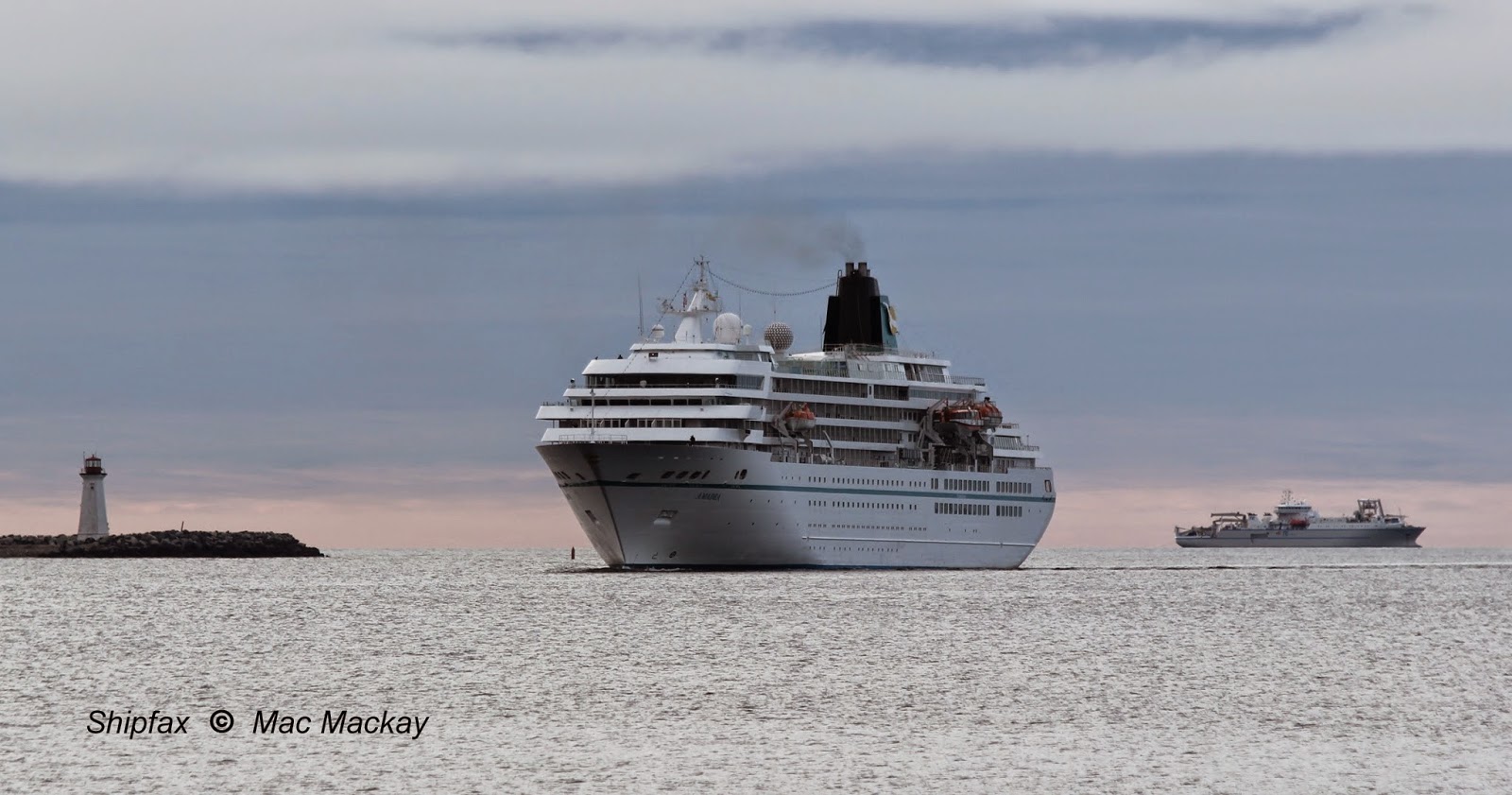 Amadea passes Meagher's Beach with the cable ship Resolute anchored in the background, after laying the shore end of the new Hibernia high speed cable over night.


Amadea was the first ship of the season April 14, 2008 and that was also its first visit to Halifax. Built in 1991 by Mitsubishi Heavy Industries in Nagaski as Asuka it cruised for NYK Lines until 2006. V-Ships Leisure of Monaco now own the ship and it works for the German company Phoenex Reisen. 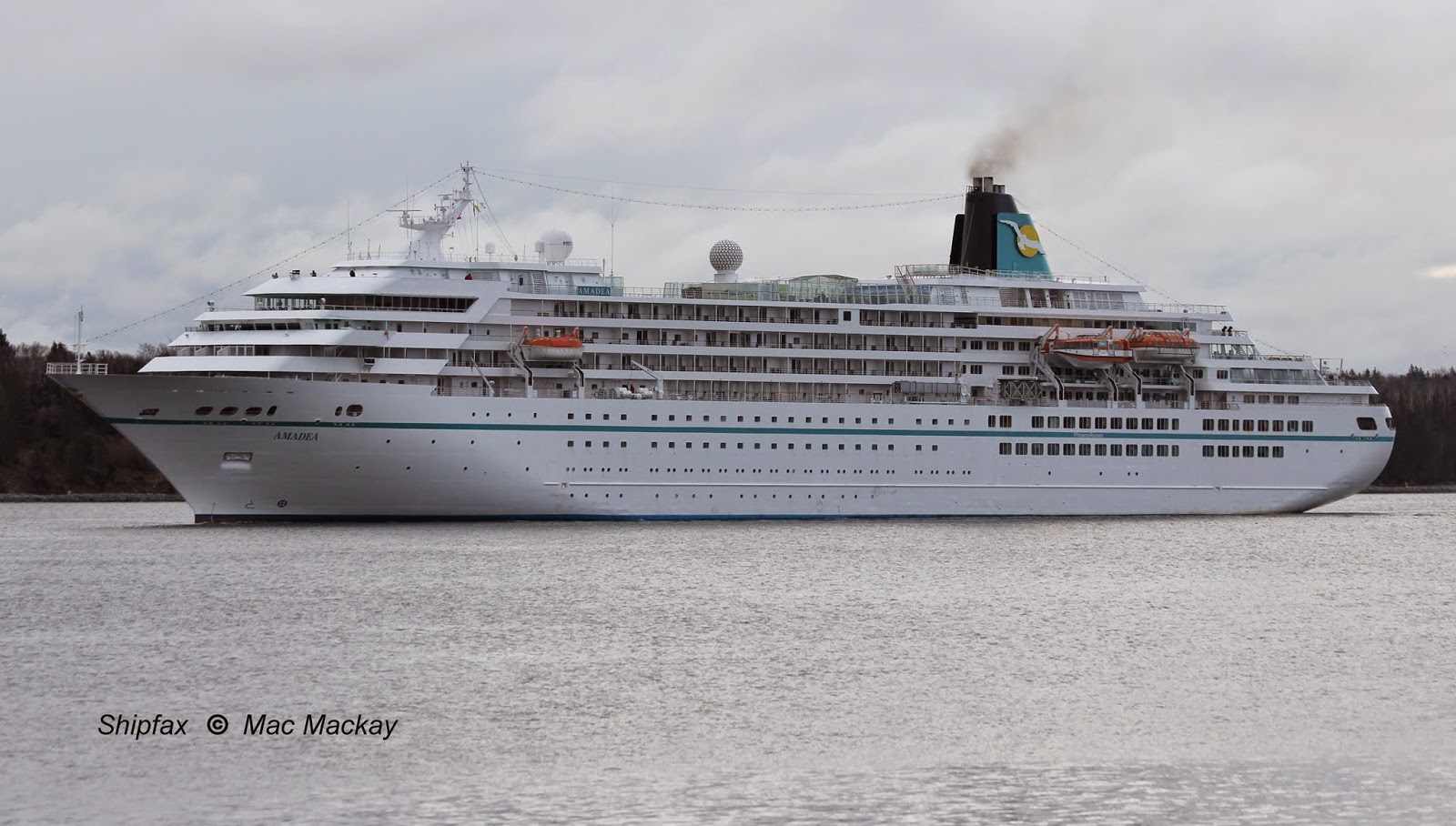 * the first ship was to be Regal Princess April 19, but that visit was cancelled due to weather en route.
.
Posted by Mac at 8:52 AM