It was announced that HMCS Athabaskan Algonquin* and Iroquois will be paid off May 1. Neither ship will be given a traditional sail past, nor the opportunity to fly a paying off pennant. Instead the ships will remain firmly moored to their piers. There will be a parade and some other ceremonies shoreside.

This is certainly an indignity and is not in the tradition of the RCN, and has offended not just traditionalists, but many who have served on the ships. Saying goodbye to a a ship that has served well is important. Once paid off the ship becomes an inanimate object awaiting its final indignity, which usually involves towing it away to a scrap yard. Before that happens however, sailors believe that, like the crew, the ship must be paid off properly, parading (in the form of a sail past) and saluting the Admiral and other worthy dignitaries.In taking the salute, the Admiral on behalf of the entire navy shows respect for the ship and its contribution. 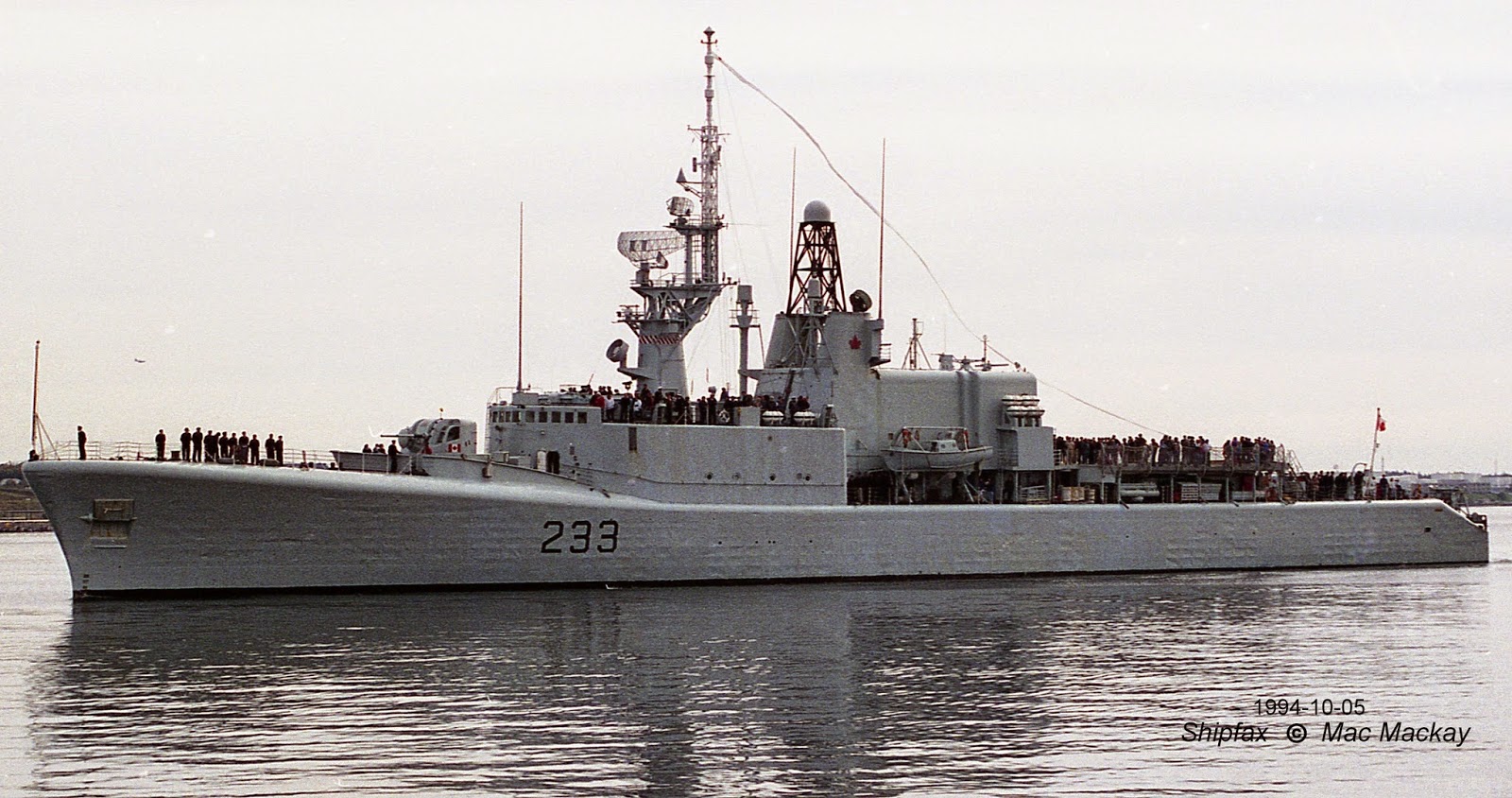 HMCS Fraser flying a paying off pennant that extended well beyond the ship's stern, glides up and down Halifax harbour accompanied by a Sea King helicopter and the fireboat, had a proper paying off sail past October 5, 1994.

Her decks crowded with former crew and families, Nipigon pays off July 3, 1998.

It would be a shame if we were not to see this ceremony again in Halifax. Perhaps there is unwillingness to draw attention to the fact that we will have a destroyerless navy once Athabaskan  Algonquin* and Iroquois are gone.

Halifax has seen a lot of paying off ceremonies, all to few of which I was able to witness,  but I have seen most of the tow outs to scrappers, and I have assembled a Tugfax post on the tugs that were given that grim task. It will appear in a few days.

I stand corrected: It is Algonquin on the west coast that s being decommissioned - not Athabaskan. In fact that ship will be participating in Caribbean Ops, but is being kept going with cannibalized parts from Iroquois.