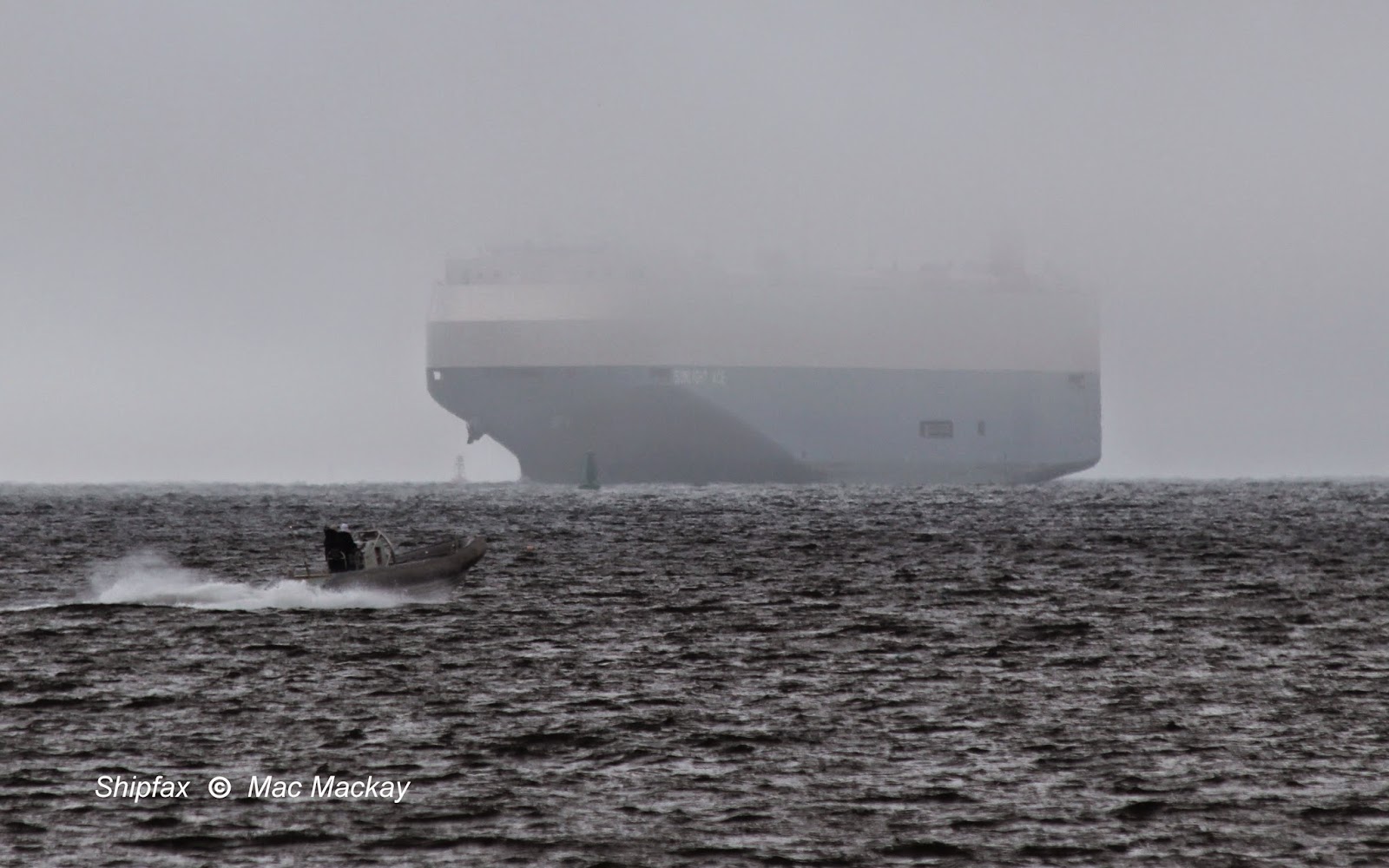 Not much activity in Halifax harbour today, but the autocarrier Sunlight Ace did see some sunshine for a time, after it arrived out of the fog at noon time.

Once inside Meagher's Beach, the ship was in the clear.

Sunlight Ace is operated by Mitsui OSK Lines, and measures 58,911 grt, but only 18,855 dwt, an indication of the great volume needed to carry cars (1 gross ton = 100 cubic feet). Builder Minami-Nippon  located in Usuki, Japan, built the ship in 2009 and it flues the Bahamas flag..
The ship went to anchor for Asian gypsy moth inspection before being cleared to tie up at Autoport to unload its cargo.

Dipping its anchor a couple of times to clear it of Halifax harbour muck, the ship heads for Autoport late this afternoon.

There was lots of sun early this morning when the paper carrier TransPine left its berth at pier 27 at 0800 to anchor in Bedford Basin. 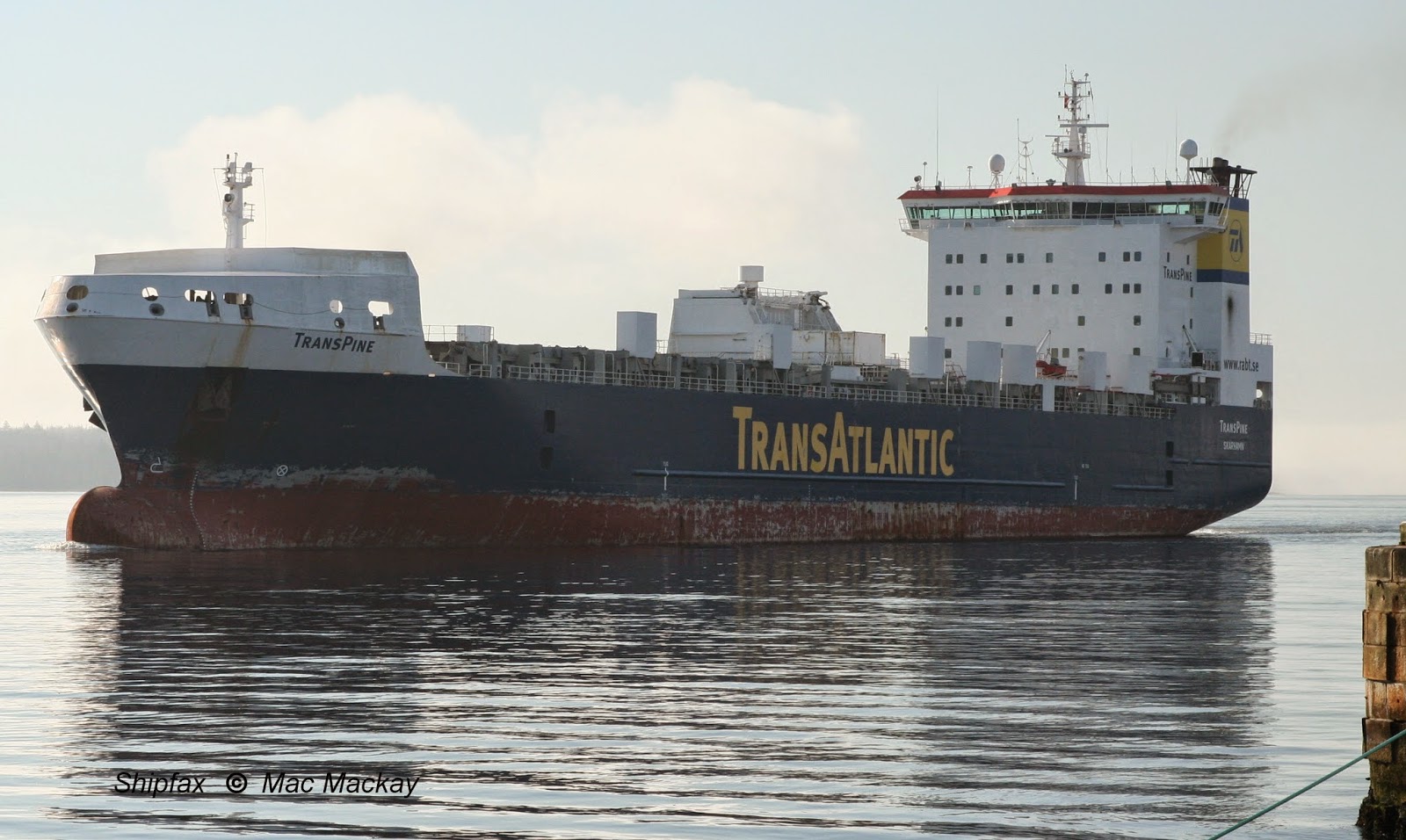 The ship had been tied up since Monday clearing its tanks of contaminated fuel. Pumper trucks were hard at work removing the offending diesel oil and cleaning the tanks. According to reports, the ship had fuel problems while crossing the Atlantic two months ago and had to put into St.John's, NL en route to US ports. However the problem was not solved, and after lying up at anchor off Jacksonville, FL for six weeks the ship was diverted to Halifax to try to fix the problem once and for all. 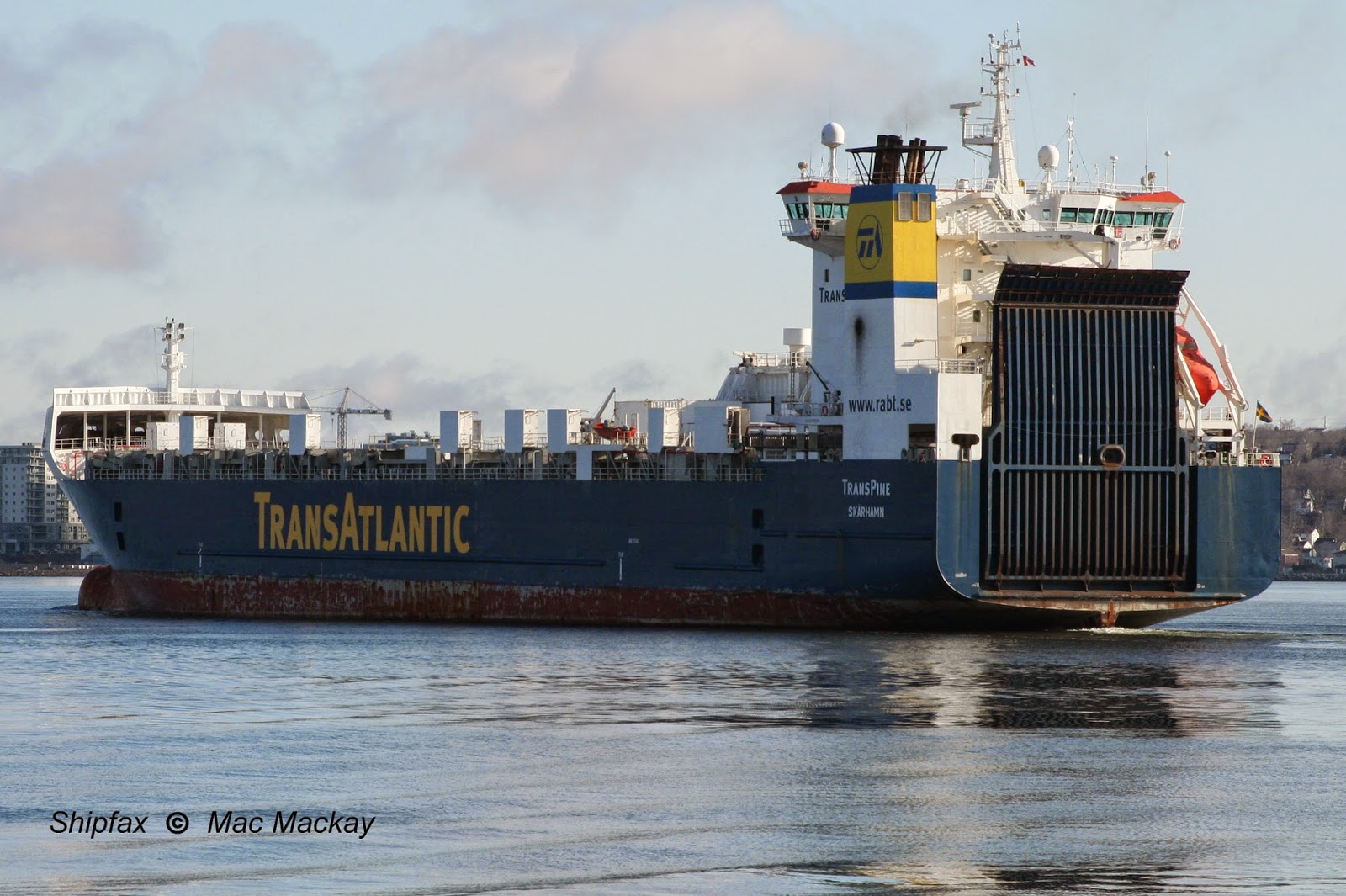 I hear that it was supposed to take over the Corner Brook run from its sister TransFighter but that has been put off at least for a time. The ship is now awaiting orders. 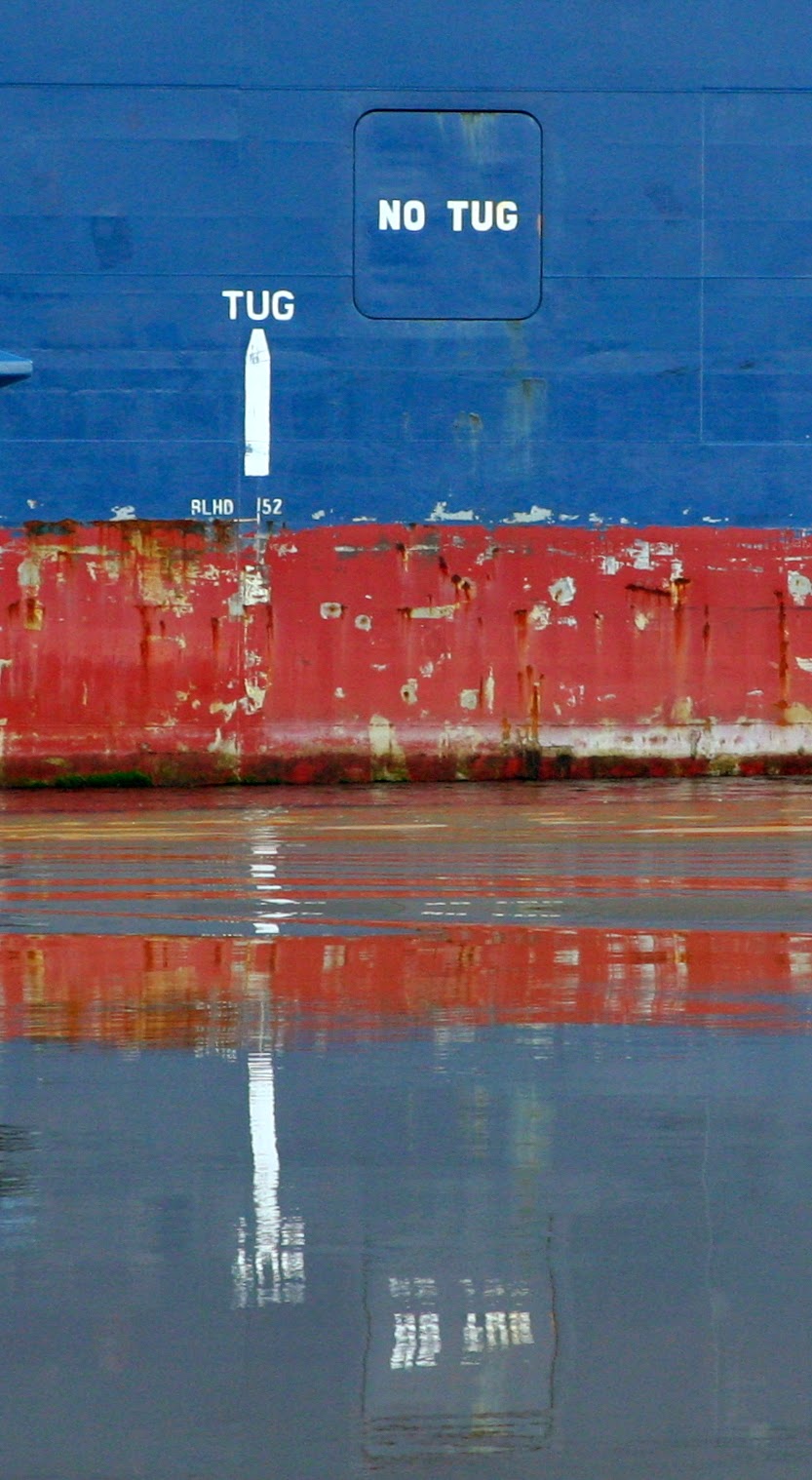