Ships of the Lithuanian Shipping Co also known as LISCO, (Lietuvos Juru Laivininkyste or LJL) currently operates about a dozen ships and we usually see one or two a year arriving for bunkers.
Voruta arrived this morning and anchored in the lower harbour. 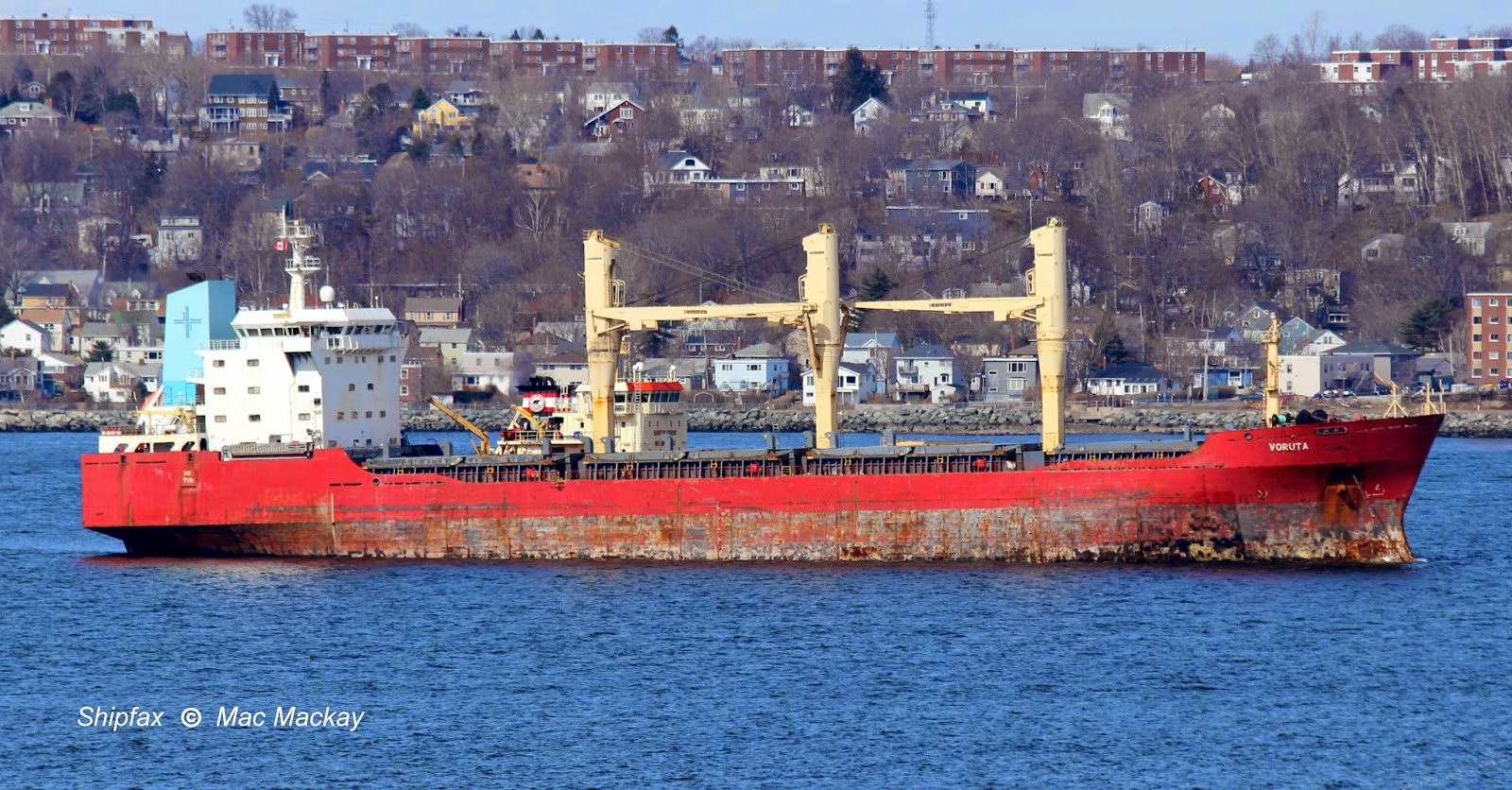 Built in 1998 in Surabaya, Indonesia as Theodor Oldendorff the ship joined LISCO in 2006 and took its present name. At 12,192 grt and 17,789 dwt it carries three 25 tonne cranes, mounted on the ship's centreline. It is not fitted to carry containers, but usually carries bulk or general cargoes.

The Lithuanian (State) Shipping Company traces its roots to 1969, but it was only after independence in 1990, that the company took its present form, with a slight majority of its shares held by the state and the rest by private investors. Another branch of the company called DFDS Lisco is a partnership with the Danish DFDS and operates freight and ferry service in the Baltic.

Nowadays Lisco ships only call for bunkers, but for a time in the late last century and early in this one, the ships were regulars here, loading wood pellets for Helsingfors. The fleet had a number of sister ships, all with the pre-fix name "Kapitonas". 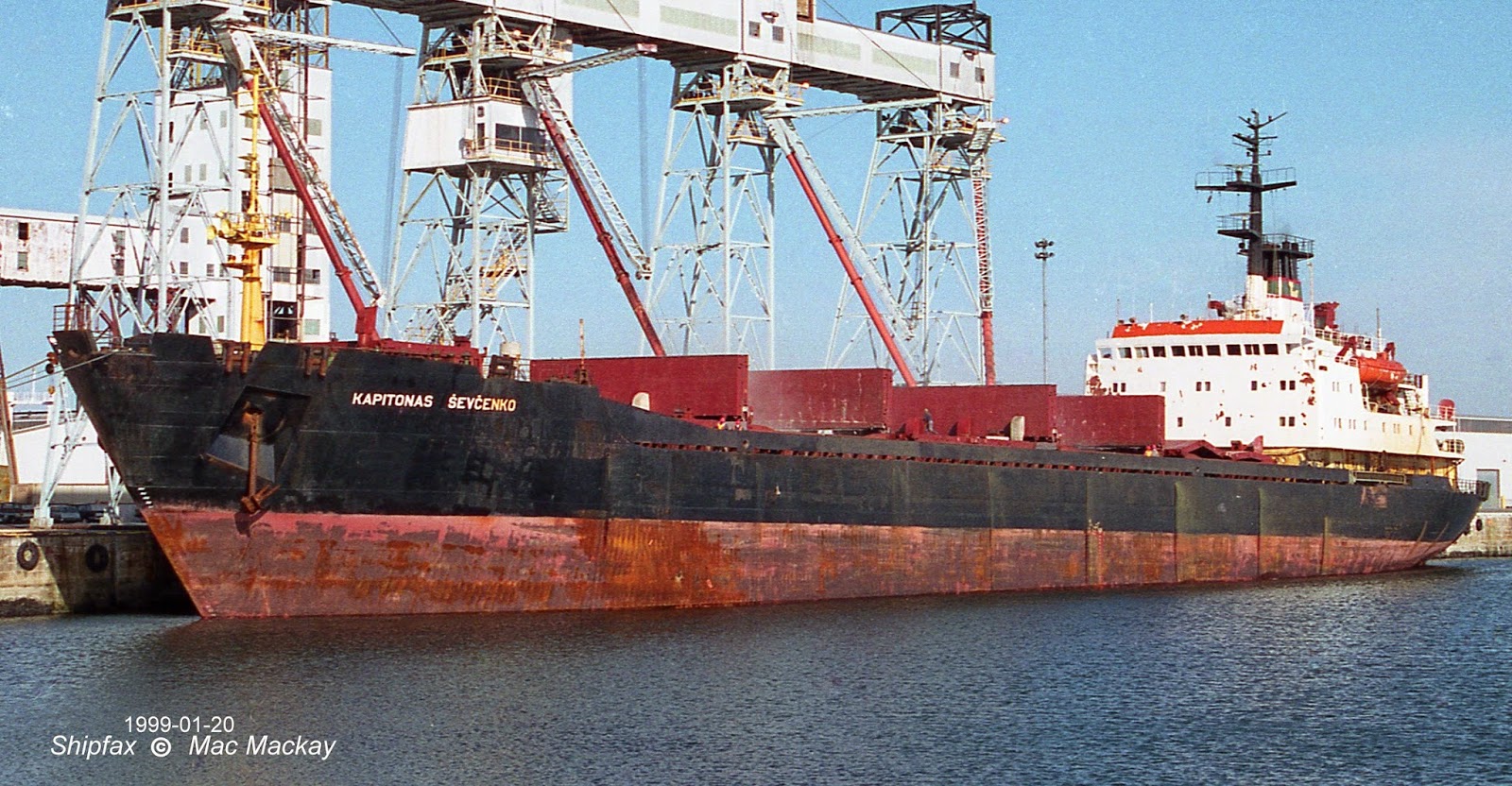 Kapitonas Sevcenko was typical of the several ships in this class. It was built in 1977 as Kapitan Dubinin and was renamed Kapitonas Dubinin in 1991 (following Lithuanian independence Lithuania also reclaimed its language) and in 1996 became Kapitonas Sevcenko. It was built by Khersonskiy shipyard in Kherson, Ukraine as a gearless bulker of 10,146 grt and 14,550 dwt. In 2001 it was sold off and renamed Maya Land. It arrived in Alang May 5, 2012 and was beached for demolition May 24.