Fairview Cove picks up and non-stop at Autoport

After a quiet day at Fairview Cove things picked up again today. Atlantic Conveyor arrived early at the east berth on its usual routine visit, but not on the usual day. ACL's schedule has taken a beating this winter with weather and mechanical delays. 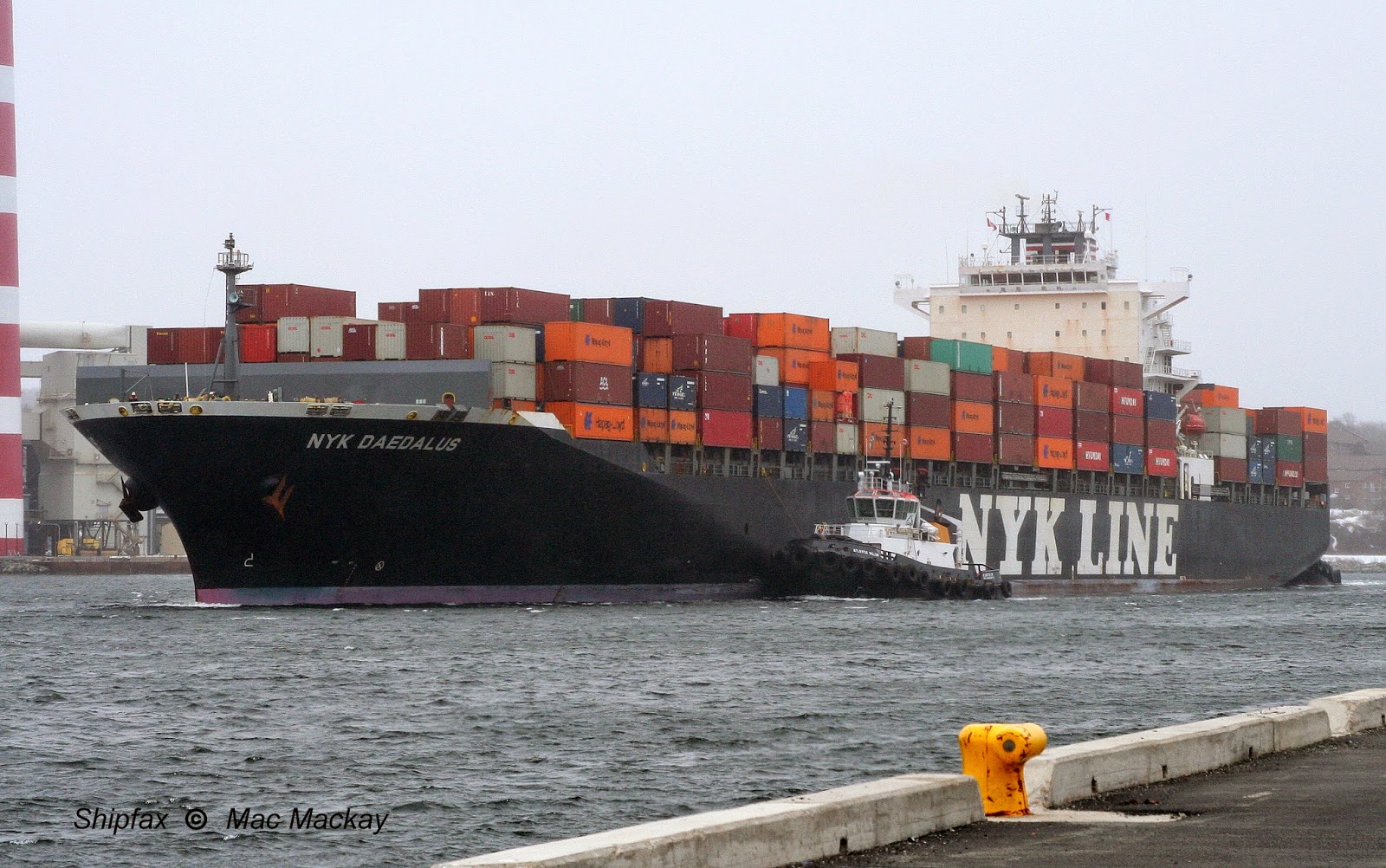 Just as visibility started to close down, with the onset of rain, NYK Daedalus passed the Nova Scotia Power generating station at Tuft's Cove in the Narrows. 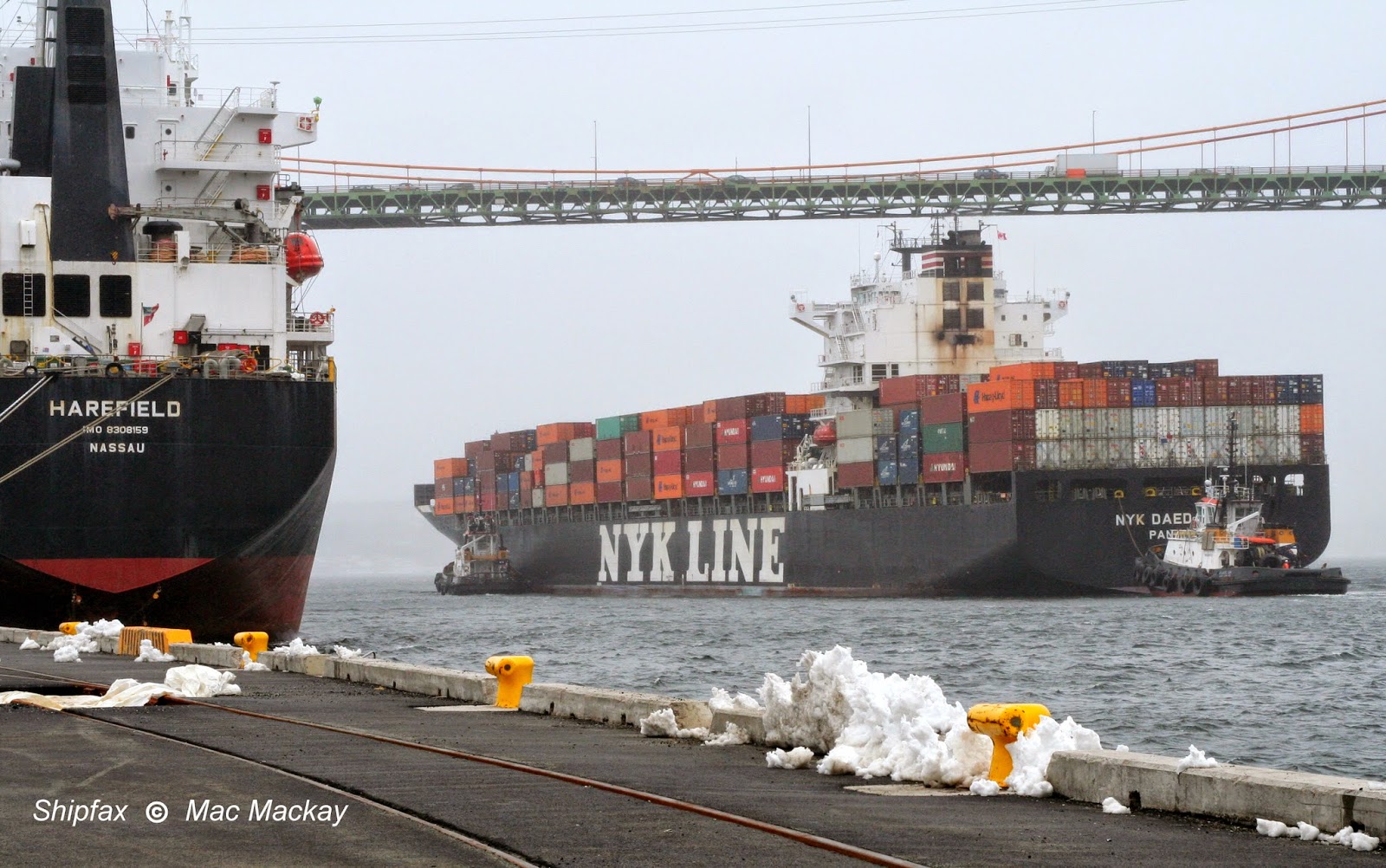 It also passed pier 9c where the idle Harefield has been in port for rudder repairs since March 19. Tugs Atlantic Willow, and Atlantic Oak (stern escort) shepherd the ship beneath the MacKay bridge.

Meanwhile Oceanex Sanderling spent the morning at Autoport. It usually berths at Halterm first on arrival from Newfoundland, but this time it went to Autoport first. 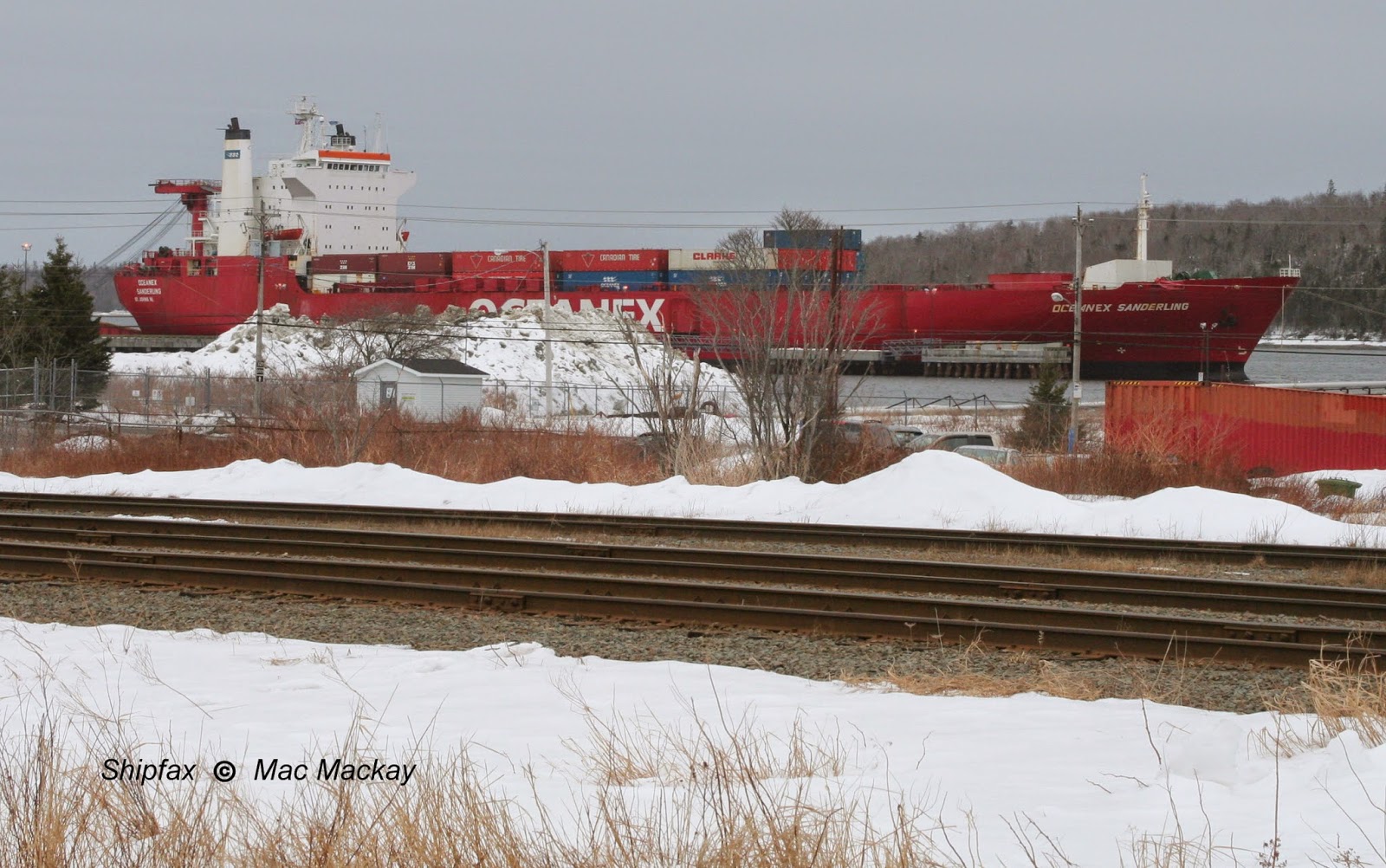 A clear view of Oceanex Sanderling is blocked by snow mountain in one of Autoport's temporary parking areas. The ship loads new cars and rental agency cars for Newfoundland each week, although this week it has been there twice.

Oceanex Sanderling had completed its work by noon time and moved to pier 42. As soon as it was clear the autocarrier Boheme shifted from pier 31 where it has been waiting for the berth..
Two more autocarriers are scheduled for Autoport, Harmony Leader on Sunday and Artemis Leader to follow.