One of the effects of Imperial Oil's decision to stop refining activities in Dartmouth on the eastern side of Halifax harbour in 2013 is the decline in coastal tankers. Now as a storage facility, it distributes most of its product locally by truck. It does receive the odd domestic cargo from other refiners and still makes some deliveries to outports by ship, but the traffic is greatly reduced from the refinery's heyday.

Imperial Oil was founded in London,ON in 1880 and began operations in Sarnia, ON in 1899 and chartered its first tanker in 1902 for operation on the Great Lakes. Between 1914 and 1918 the company built refineries in Ioco BC, Regina SK, Montreal QC and starting in 1916 on a 400 acre site in South Woodside, NS which was renamed Imperoyal. (Over time the area was amalgamated into the City of Dartmouth, which itself amalgamated with Halifax.)
Due to an increase in demand for gasoline and the needs of World War I, Imperial saw the need for a refinery on ice free tidewater. It also served as a transfer point for US oil, sold to the Allies before the US entered the conflict.

As the only refinery in Atlantic Canada it became a strategic asset in both World Wars. The Imperoyal refinery was essential to the operations of Allied navies and merchant ships in Halifax, but also to supply industries and bases remote from Halifax, and to supply Britain itself.

In 1921 the company expanded its shipping fleet beyond the Great Lakes to deep sea in order to import crude from its oil fields in South America and to distribute product. During World War II the international shipping operations expanded dramatically.

In 1945 the domestic fleet consisted of fourteen coastal tankers and five deep sea tankers. Replacement of older units on the Lakes, and both coasts began soon after.

Imperial Oil entered a new era in 1957 with construction of Imperial Quebec (50,000 bbl capacity) its first tanker with both wheelhouse and accommodation aft.It was confined to the Great Lakes for two years until the St.Lawrence Seaway opened, then traded all over the east coast. As buit it was also painted in Imperials black and red colour scheme. A new livery was introduced in 1968, with a blue hull and cream coloured superstructure.

Imperial Quebec tied up on the Halifax side of the harbor for routine maintenance, which could not be done at the oil docks for safety reasons. 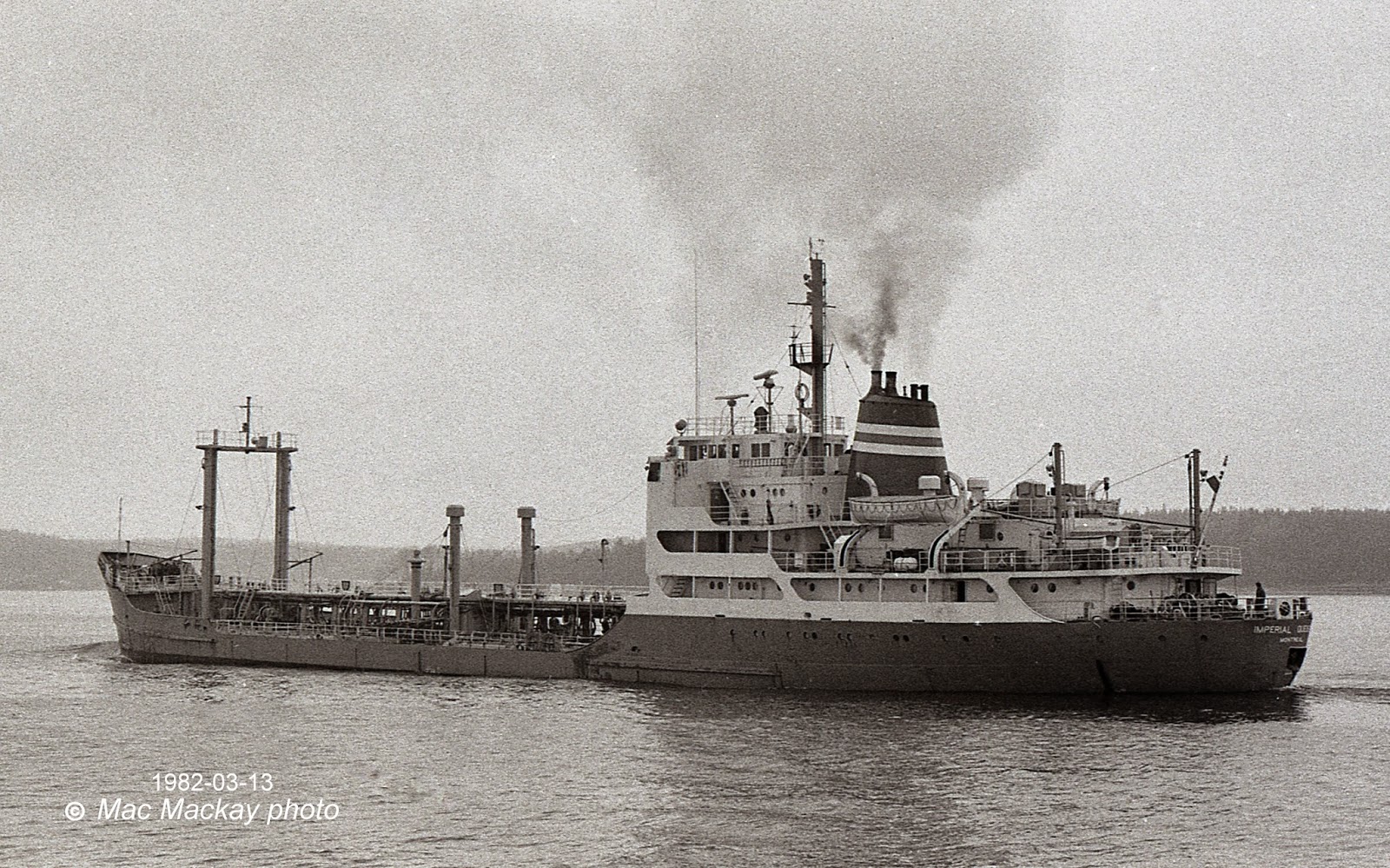 Imperial Quebec could be a bit of a smoker at times, but it was all Imperial Oil.

A product of Collingwood Shipyard, it measured 4680 grt, 5150 dwt and worked year round out of Halifax. It reached Frobisher Bay in 1970 and Venezuela in 1987. It was an early adopter of the bulbous bow, which was thought not to be effective in ice, but the ship seemed to be able to navigate year round without too much difficulty. It was also heavily fendered at the bow and sides for navigation in the Seaway locks. The grinding of steel ships along concrete walls generates sparks, which are to be avoided with tankers!

Imperial changed to a very un-nautical looking funnel with "Esso" in large letters, in line with its US parent which became Exxon. Imperial kept the Esso brand name. 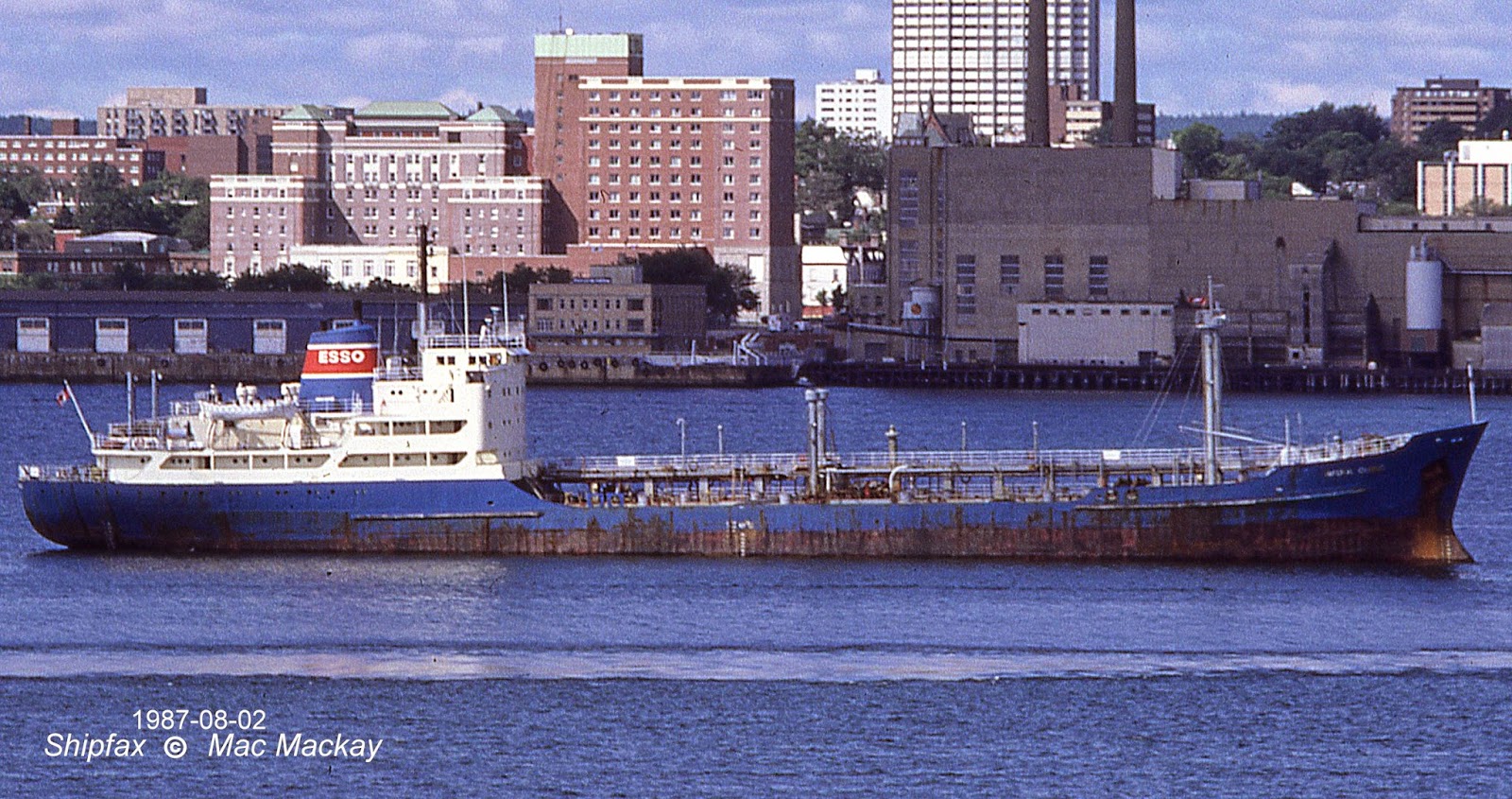 Reaching the end of its economical life with Imperial Oil in 1987 it was purchased by the Woodward Group of Newfoundland and renamed Sibyl W., and carried on for another five years under the Canadian flag. 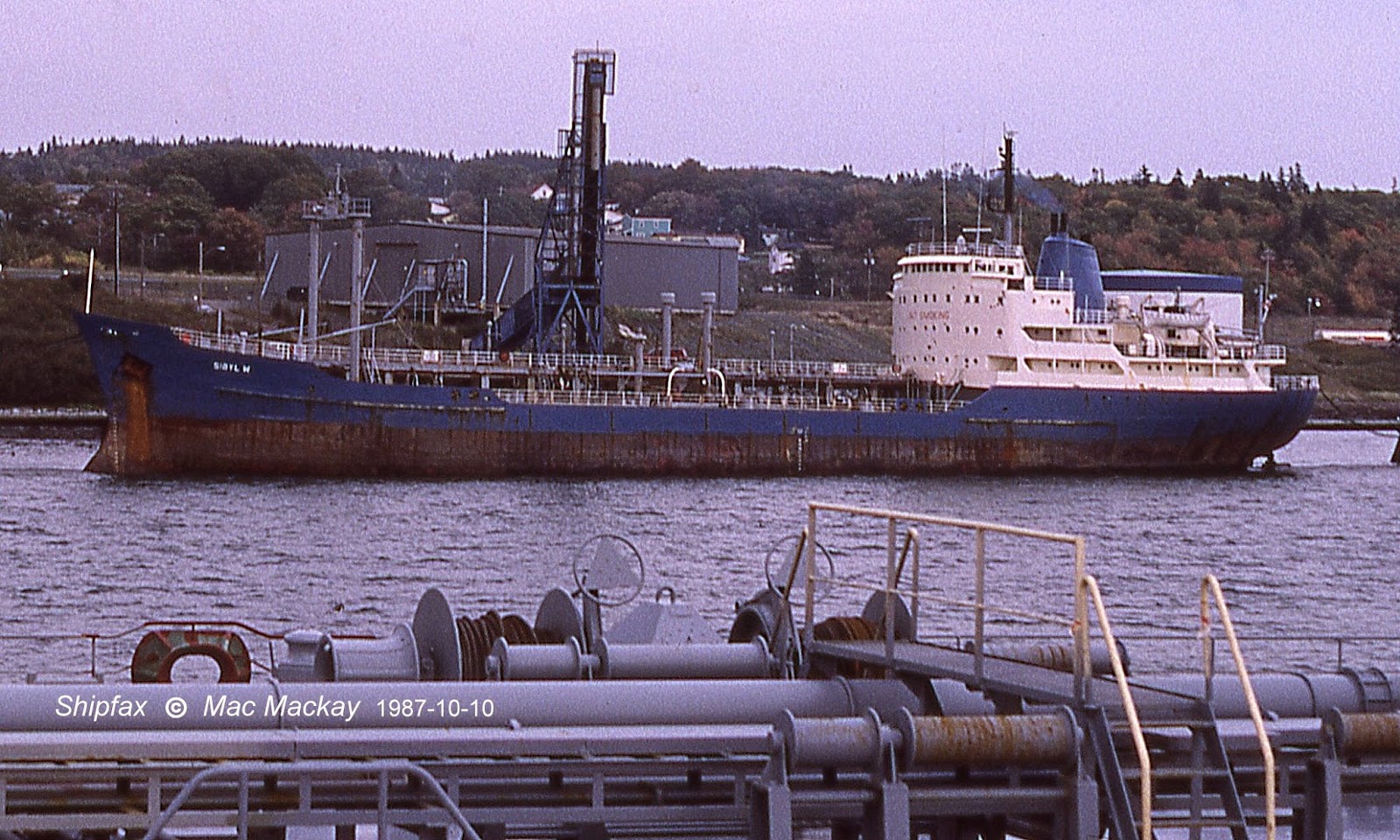 In 1992 it was sold to the opaquely named Panamanian company SSS Trading and renamed Panama Trader. It operated under that name until May 1996 when it was reported broken up in Guaymas, MX. The actual scrapping may have taken place before that.