Railroads issue slow orders when it is not safe for trains to operate at higher speeds. As a CN Rail owned facility, Autoport has had to resort to Slo-Mo orders of late as they continue to be plagued by a shortage of clear storage space. As previously reported, large areas of their storage yards are full of iced-in cars, but ships are still arriving with the spring influx of new cars. The need to find clear storage space has meant that ships cannot be unloaded with their usual dispatch. It takes longer for longshoremen to reach the back-up storage areas, and once there, parking is not as straight forward as it would be in their own facility.
Yesterday Independence II tied up with 2800 cars to off load. Instead of the usual 8 4 gangs of longshoremen, they called out only 4   2 gangs, and it will take three days to unload instead of the usual one day. 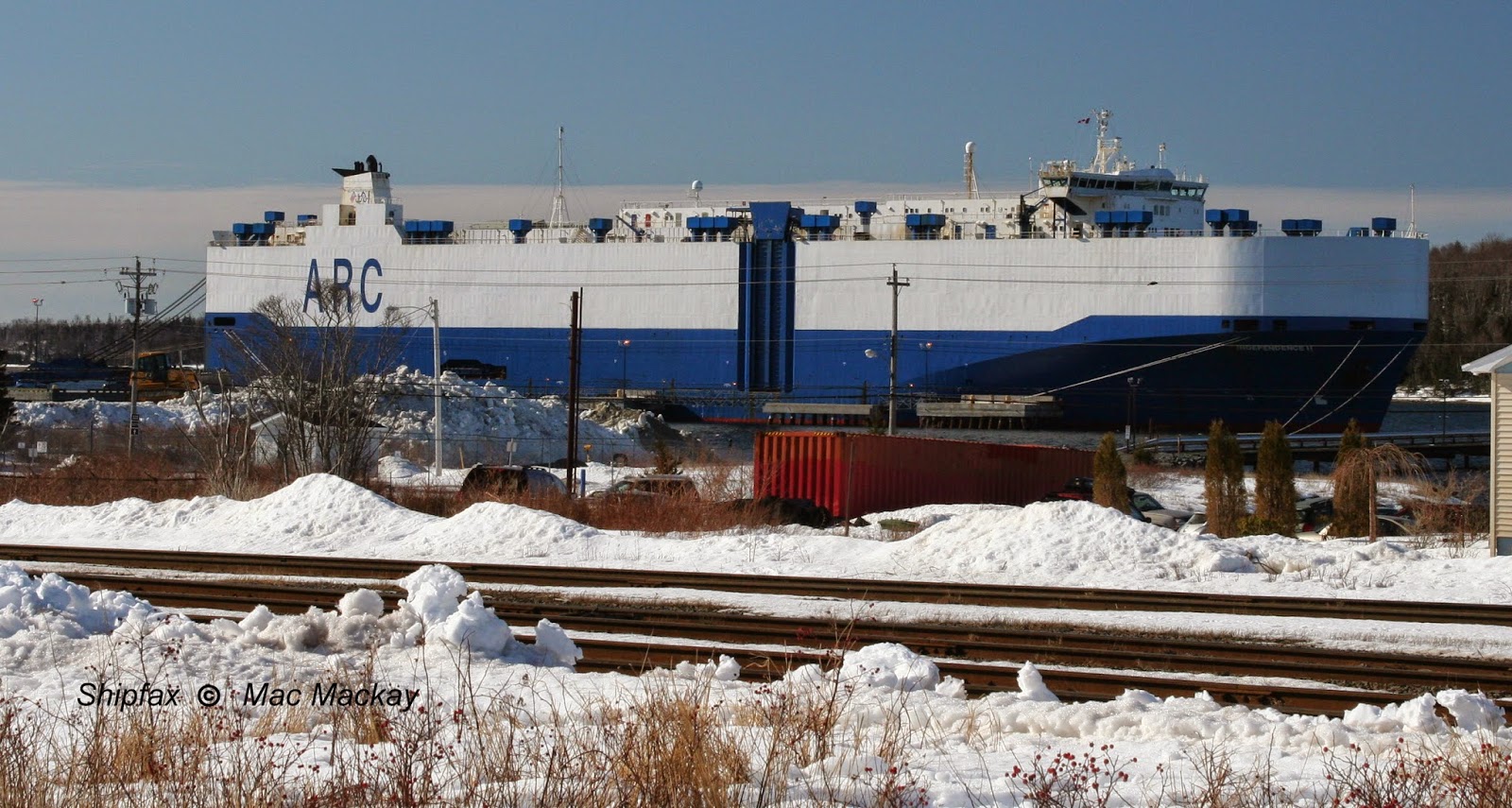 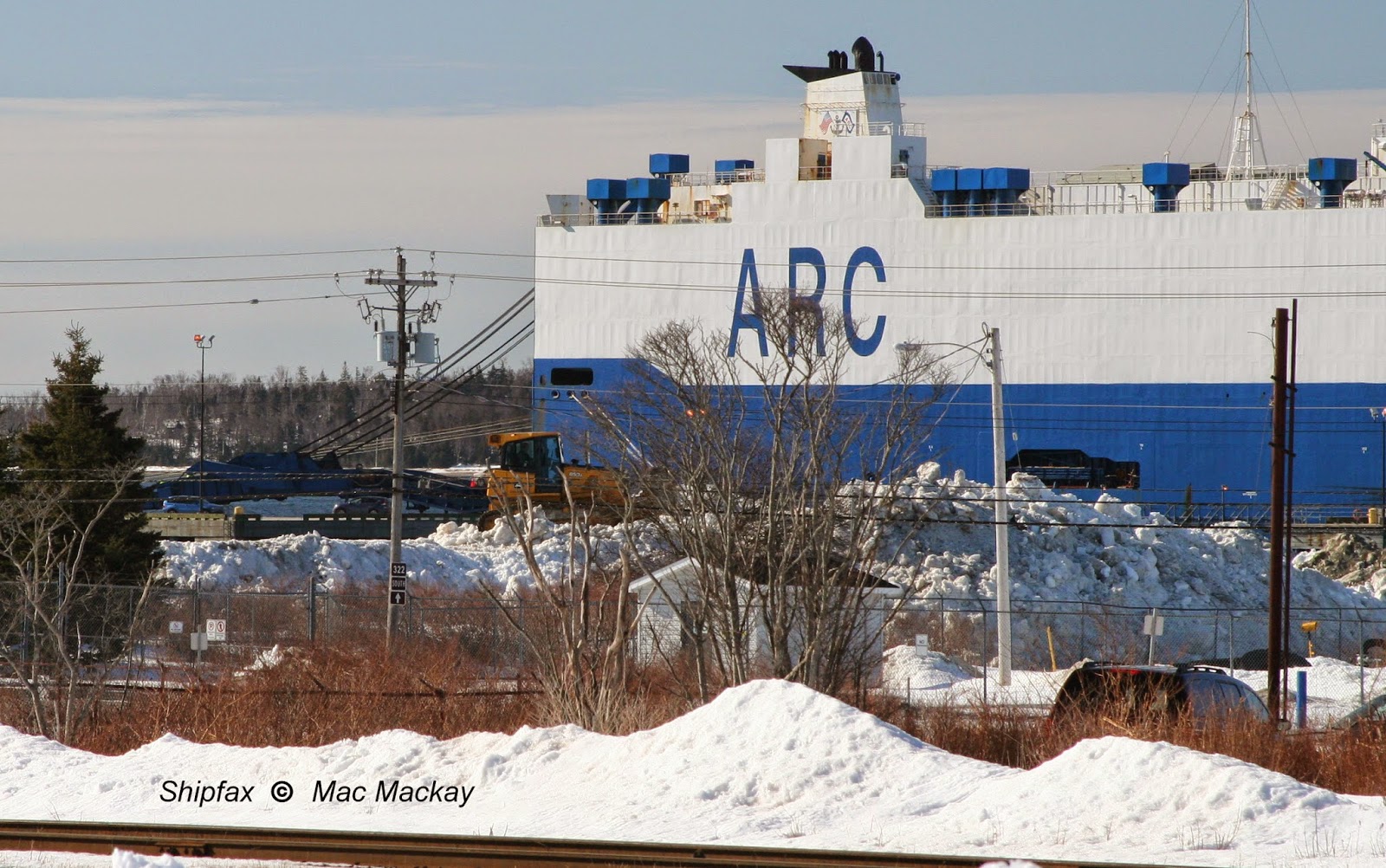 New back-up areas are being cleared now that there has been some melting and the snow/ice has softened in places. A bulldozer could be seen at work in one area near the dock today creating a mini-mountain of snow to free up more space.

I am only aware of one ship that has actually been diverted. Most ships seem to be just going along with the routine, as unloading Canadian bound cars in US ports brings about another set of head aches. I hear that some US ports, Baltimore in particular, have similar back-ups, not so much due current conditions, but to winter conditions earlier, and the limited capacity of the rail system to clear up the back log.