The general cargo ship Thorco Asia appeared to be loaded and just about ready to sail this afternoon in Pictou.Owned in Germany (but registered in Antigua and Barbuda) and under the technical management of Marship Management GmbH of Haren (Ems), the ship operates commercially for Thorco A/S of Denmark. http://www.thorcoshipping.com/ 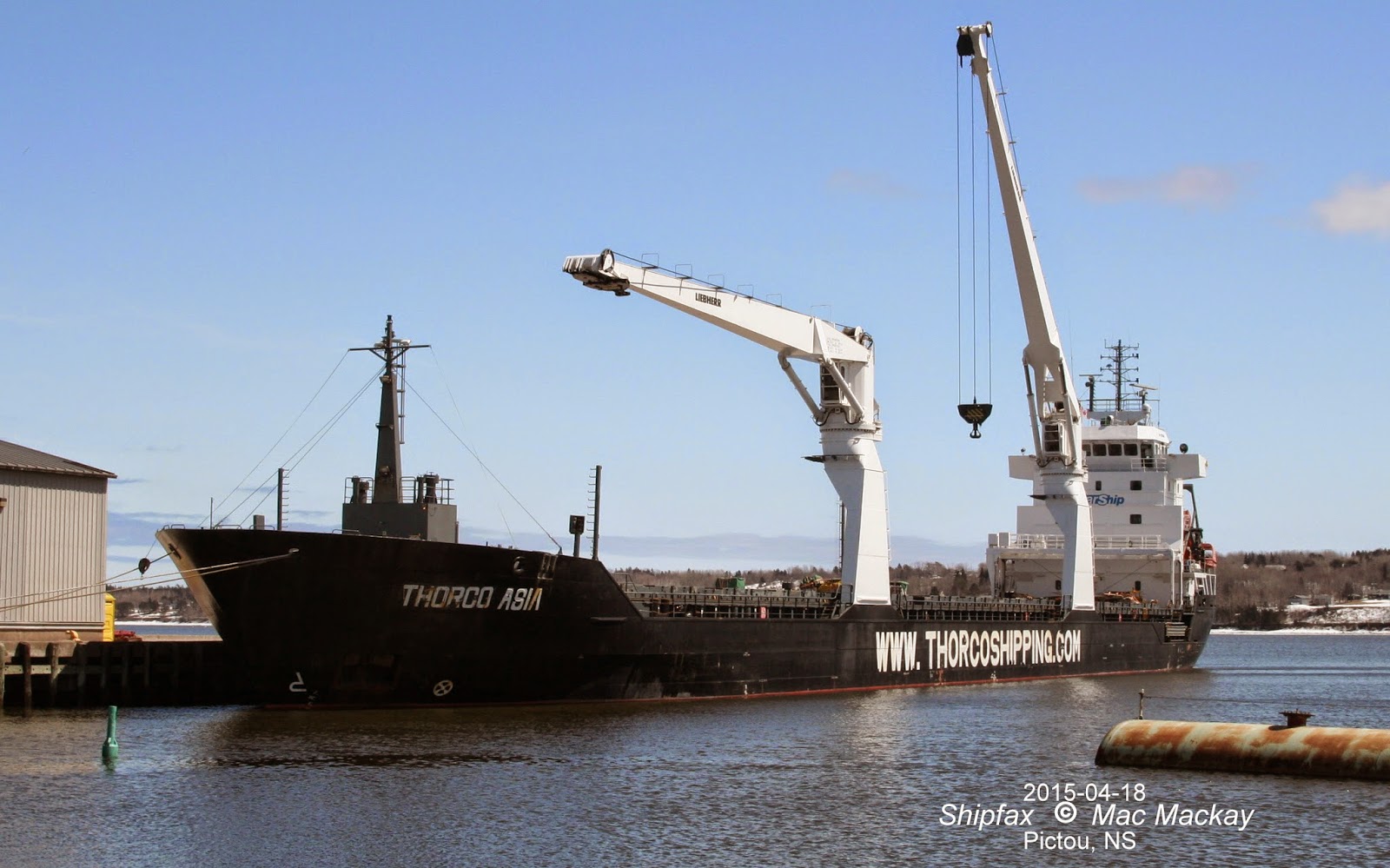 The ship seems to have had an  identity crisis in 2012, the year it was built by Jiangsu Yangzi Changbo, China. Originally to be named Thorco Asia it was renamed Victory Scan then Surenes in a matter of months. It then re-assumed the name Thorco Asia in 2014. The ship measures 6351 grt, 9737 dwt, has two 60 tonne cranes (combined for 160 tonnes) and can carry  468 TEU. Its holds are fitted for grain and are ventilated, making it ideal to load paper pulp, which it did in Pictou.

Paper pulp is manufactures by Northern Pulp, just across the harbour at Abercrombie Point and is widely exported unlike the stench and waste from the mill itself which are concentrated locally in unpleasant and probably toxic quantities. The mill is under orders to clean up its odorific act with scrubbers, which are to be in place by May. The Province of Nova Scotia has just announced a multi-year program to clean up the mill's waste ponds at a cost exceeding $50 mn. The desecration of Boat Harbour with the lagoons has been a toxic stew, not to mention an eyesore and embarrassment since the mill was first established by Scott Paper in the 1960s.
http://www.cbc.ca/news/canada/nova-scotia/northern-pulp-to-shut-boat-harbour-waste-treatment-plant-in-2020-1.3037280