The G6 Alliance container ship NYK Constellation had a to make a wide turn around Seaview Point this evening after leaving Fairview Cove. There was a stiff breeze blowing down from the north and the ship needed to line up for the bridge, without being blown off course. 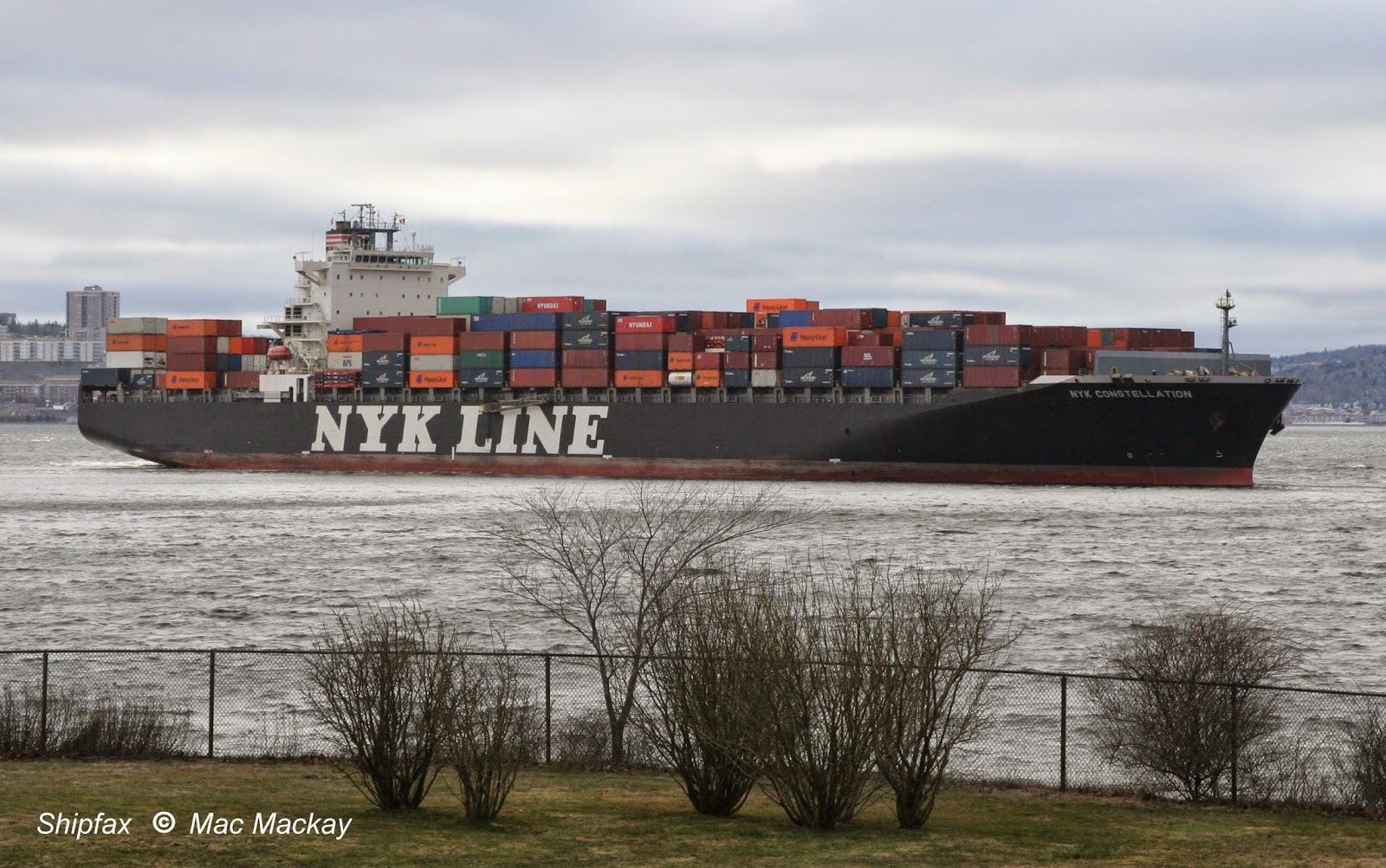 Well off Seaview Point, the ship has almost stopped to get lined up. Atlantic Oak's wake can be seen under the ship's stern. 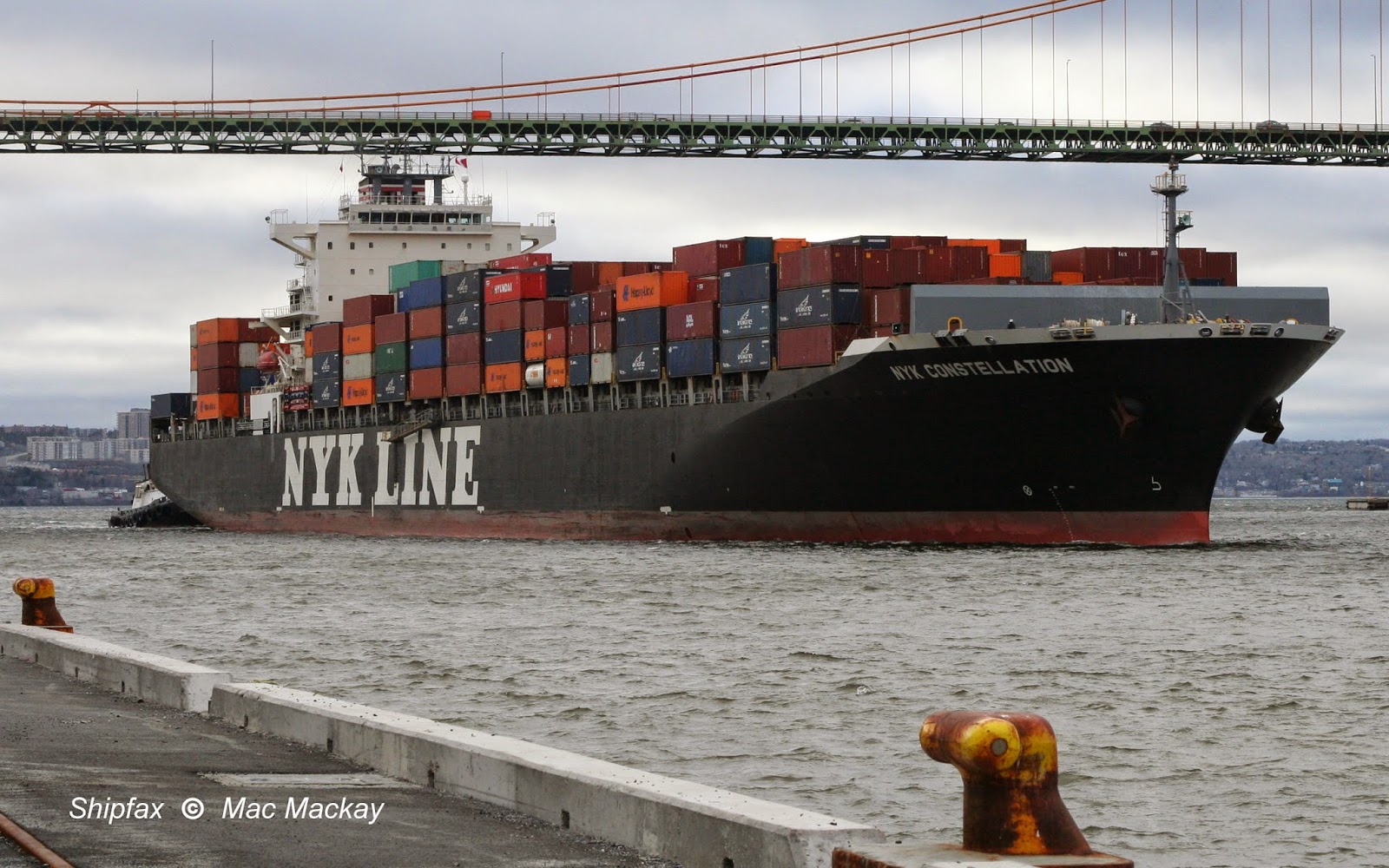 Clear of the MacKay bridge, with Atlantic Oak tucked in under the stern enters the Narrows.


With the assistance of the tethered escort tug Atlantic Oak, the ship eventually got in line and made an uneventful transit of the Narrows.

Built in 2007 by Hyundai Heavy Industries in Ulsan, it is the only container ship in the 29 ship fleet of Kobe Ship Management. It is on long term  to NYK Lines, which in turn is a partner in the G6 Alliance.