Despite logistics issues at Autoport, which must be improving as the snow starts to melt, the auto facility is seeing a spike in shipments, with two ships today and another for tommorw. 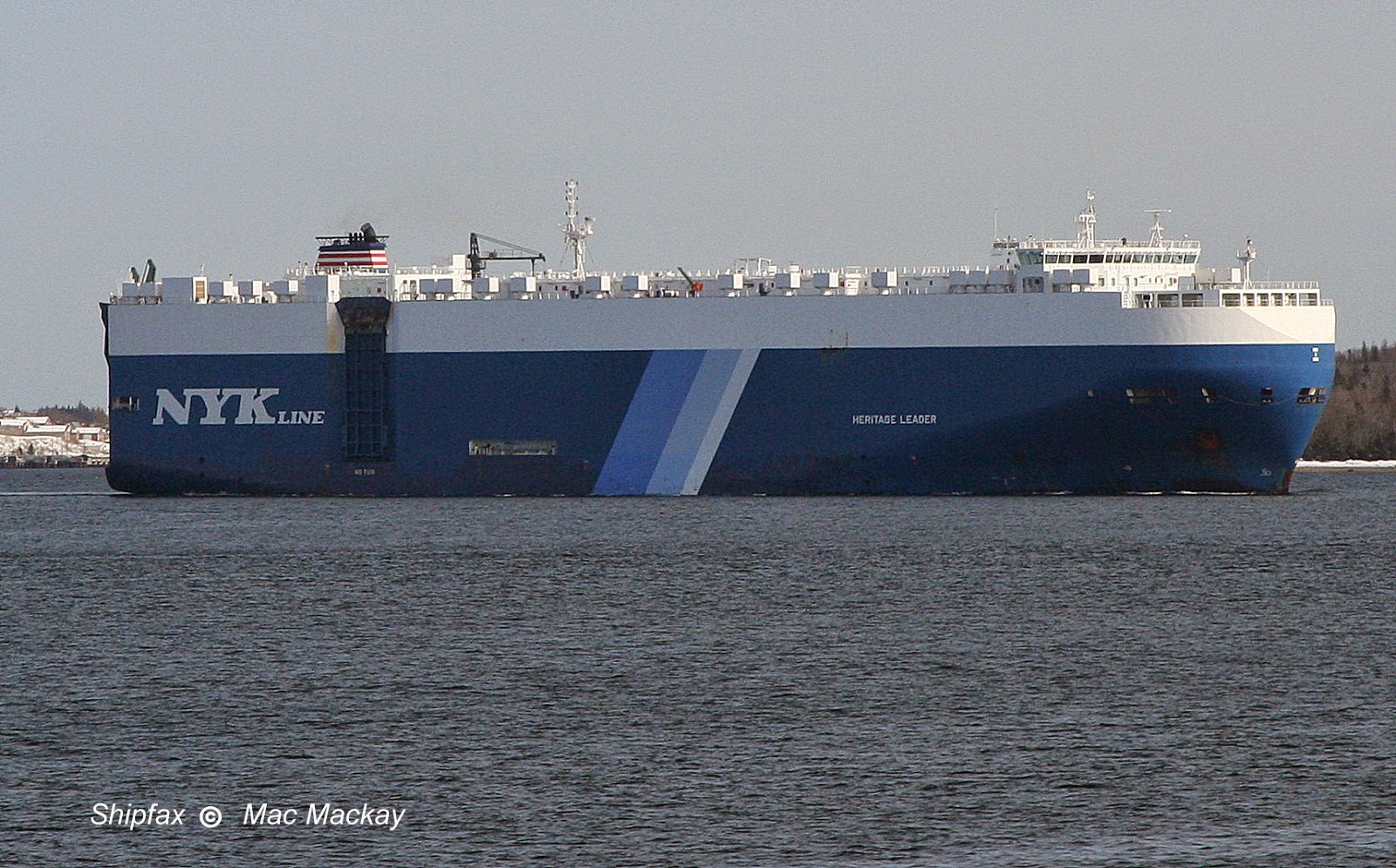 
Heritage Leader was originally due April 4, but in order to allow Oceanex Sanderling to squeeze in a visit on Monday, the ship held off until yesterday, and sailed this afternoon, taking two days to unload (better than t he three days required for Indepencence II last week).
Built by Hyundai Mipo, Ulsan, in 2011 the ship measures 58,676 grt, with 20,434 dwt and a 6700 car capacity and represents the streamlined deign of modern PCTCs. 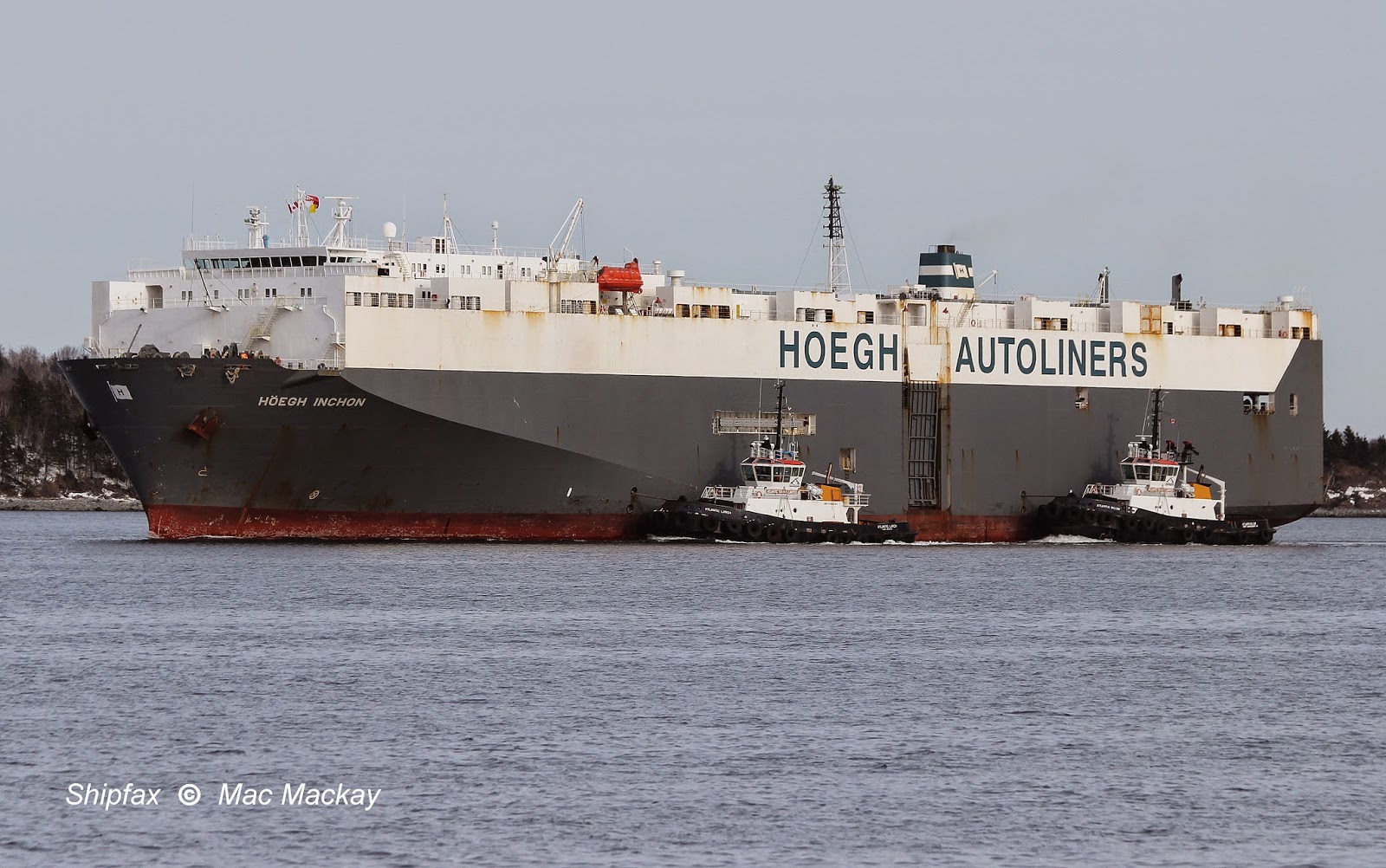 Hoegh Inchon has picked up its tugs and is heading inbound. Its crisp lines are typical of older style autocarriers.

No sooner was Heritage Leader clear than Hoegh Inchon was inbound. Built as Maersk Tide in 2008 by Hashima Zosen, Tadotsu (but completed by Tsuneishi, Numabura) it is of the older style with sharper corners and flatter front. [A close inspectio reveals a steering pole, Great Lakes style, mounted forward of the bridge.] Its grt is 44,219 and dwt only 12,490, providing a capacity of 4300 cars. 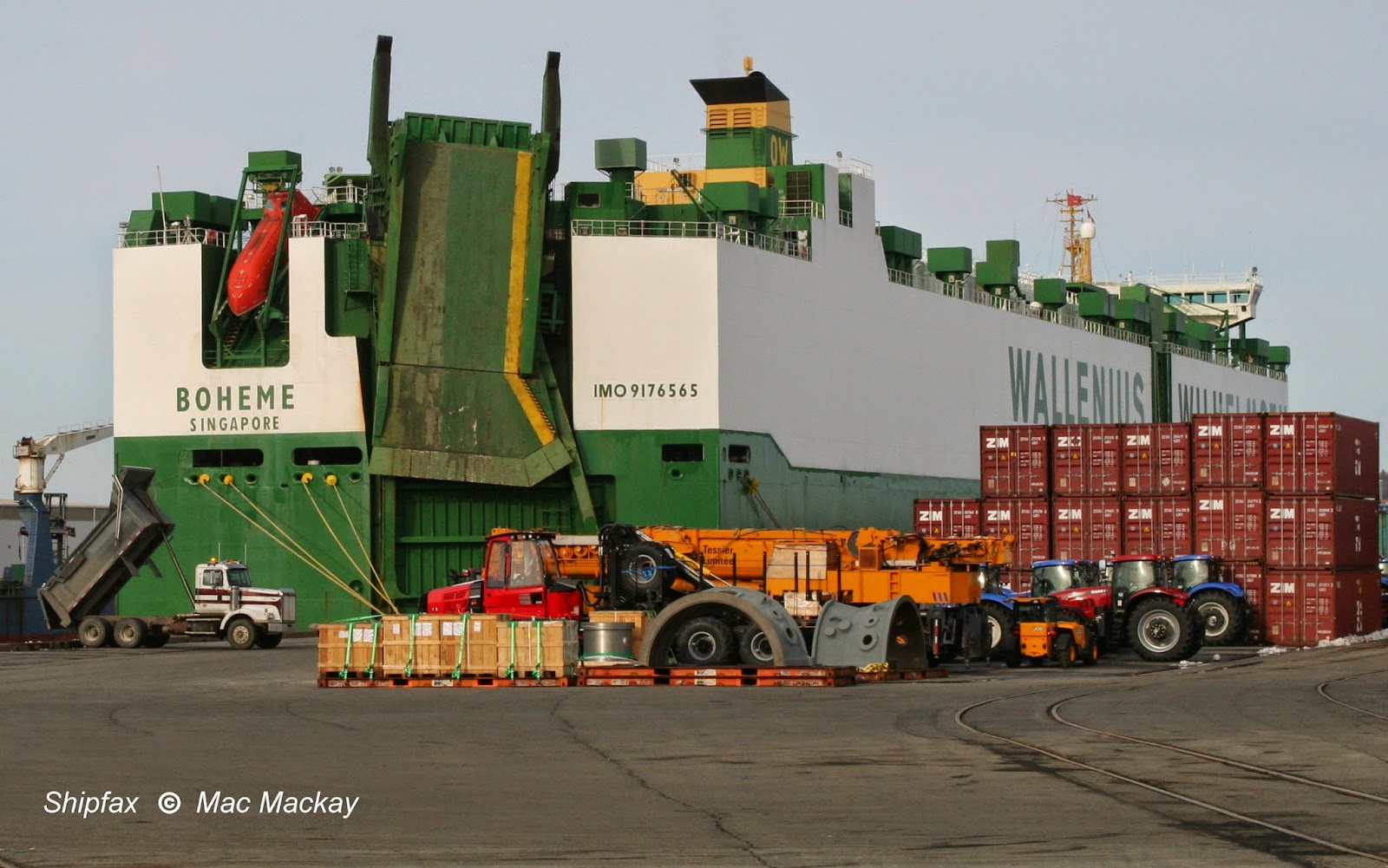 Boheme has finished unloading for today. A dump truck has just finished dumping a load of snow into the harbour as the port continues to clean up parking areas and other spaces where snow was stockpiled.

Meanwhile at pier 30 Boheme completed unloading some machinery and will wait until tomorrow to move to Autoport once Hoegh Inchon sails. Built by Daewoo, Okpo in 1999 its tonnages are 57,018 grt, 22,619 dwt for a capacity of 5850 cars.