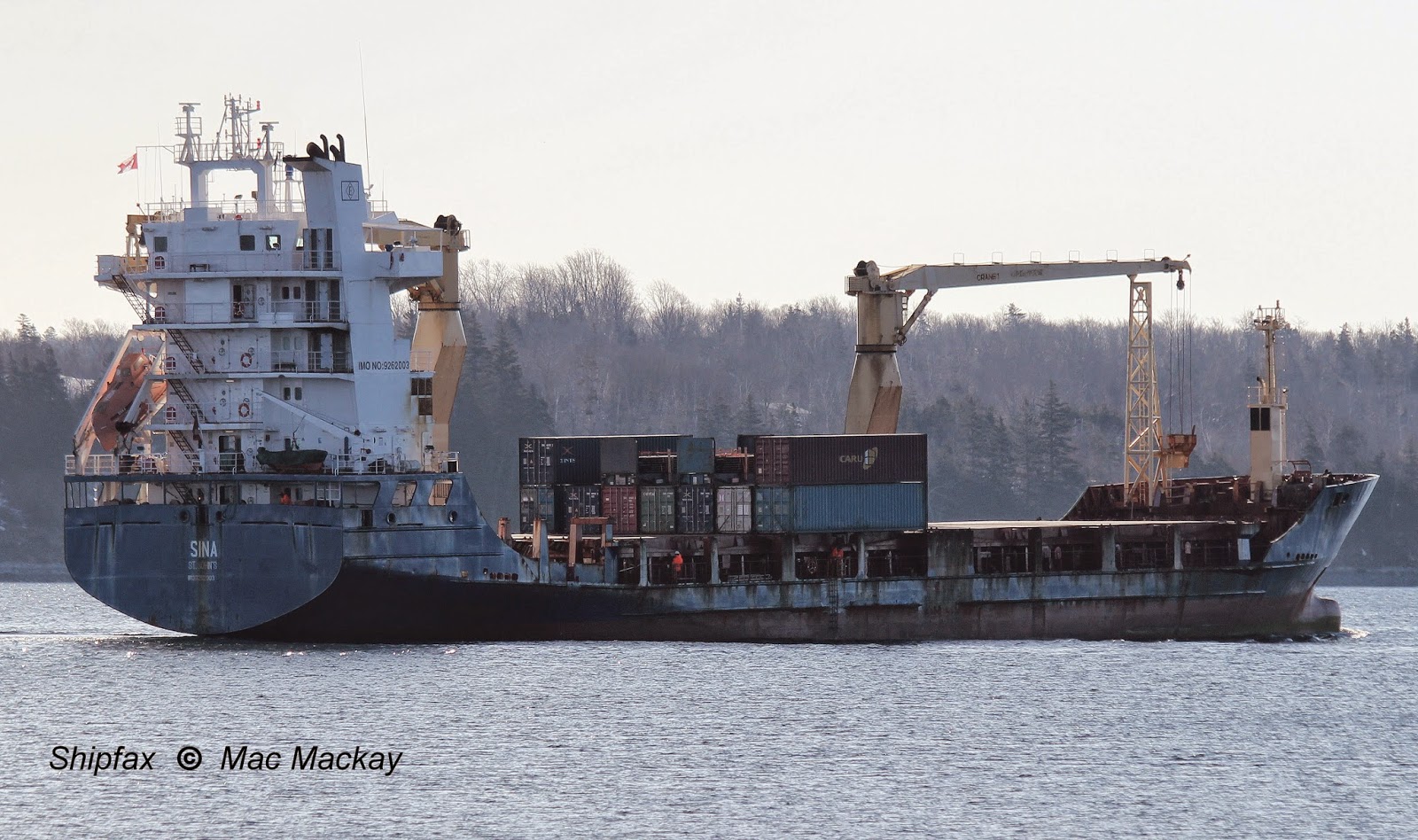 The small container/cargo ship Sina, mentioned yesterday, which arrived for Melfi Lines, sailed this morning, but will be back again tomorrow morning. It is, to say the least, unusual for a ship to do this, thus doubling pilotage and line handling costs, for a single visit.

There are several explanations, one being engine trials after repairs.

However there is another possible explanation. The last time it happened that I recall (several years ago, and another ship) I raised the alarm that the ship had put to sea again for international waters, so that it could dump some contaminated and rotting Cuban sugar cane that was not allowed into Canada. If this is the case AGAIN that the ship is carrying something not allowed into this country, surely someone must speak out.

There is nothing we can do to prevent ships from dumping waste in international waters, but knowingly allowing a ship to leave a Canadian port to do that should not be permitted.

It will be interesting to count the number of containers still on deck when the ship returns, but if it is only the contents of those boxes that disappear over night who is the wiser?