Sina returns from mystery tour, a sense of scale, and other arrivals

The Melfi Line Sina returned from its overnight mystery trip to sea [see yesterday's post]. After tying up at pier 41 it loaded its cargo and sailed this evening. 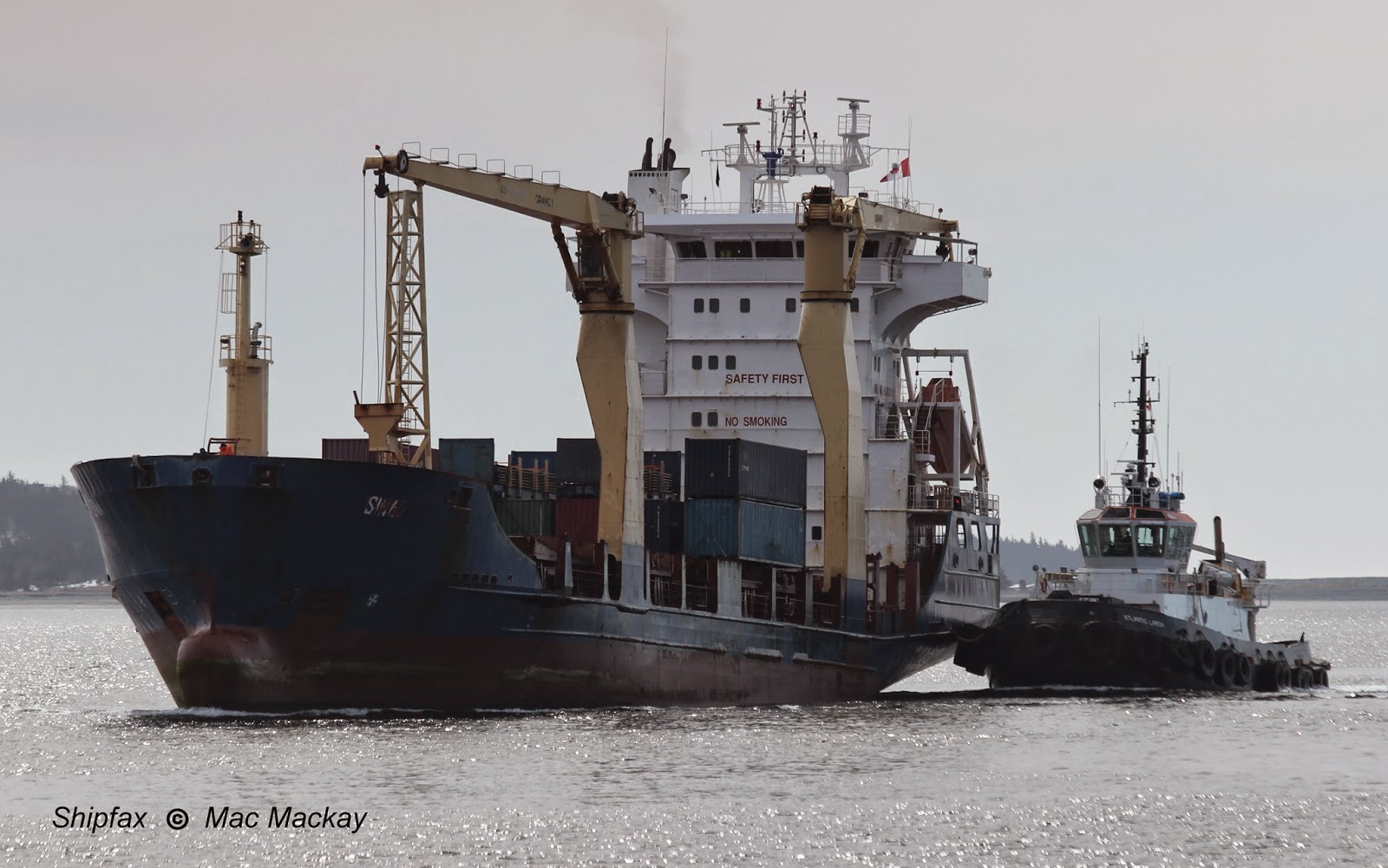 The ship will win no awards for beauty, being completely free of any shear to its hull, and with a superstructure perched out over the stern and offset funnel. It is nonetheless typical of a whole breed of ships now seen all over the world. It also appears to be in quite rugged condition - unusual for Mefli ships, and for German ships too.

It is sometimes hard to appreciate the actual size of ships because they do not always appear close to other objects of known size. I find car carriers to be the most difficult, especially in Halifax, where it is hard to see them. Today Harmony Leader sailed, conveniently keeping company with the pilot boat and a couple of spectators.

A spectator at the end of the Halterm breakwater (at left) and the pilot boat give some sense of scale to the ship. 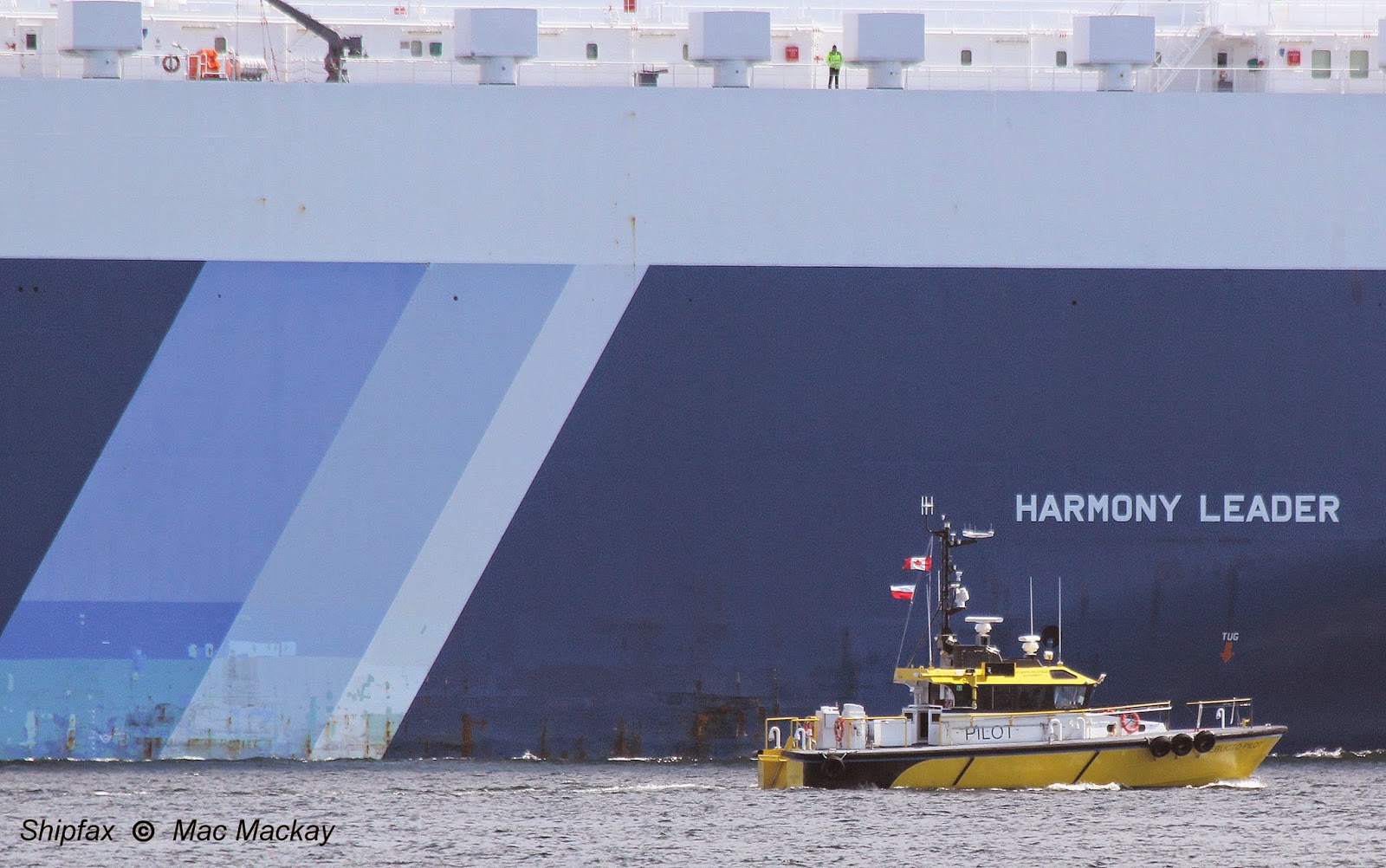 As Chebucto Pilot keeps pace, a crewman with a line green safety jacket looks over the rail from above.

Sir William Alexander showing the wear and tear of a hard winter, returned to port with a buoy on deck. Now free of icebreaking activities, the ship can resume its usual routine. 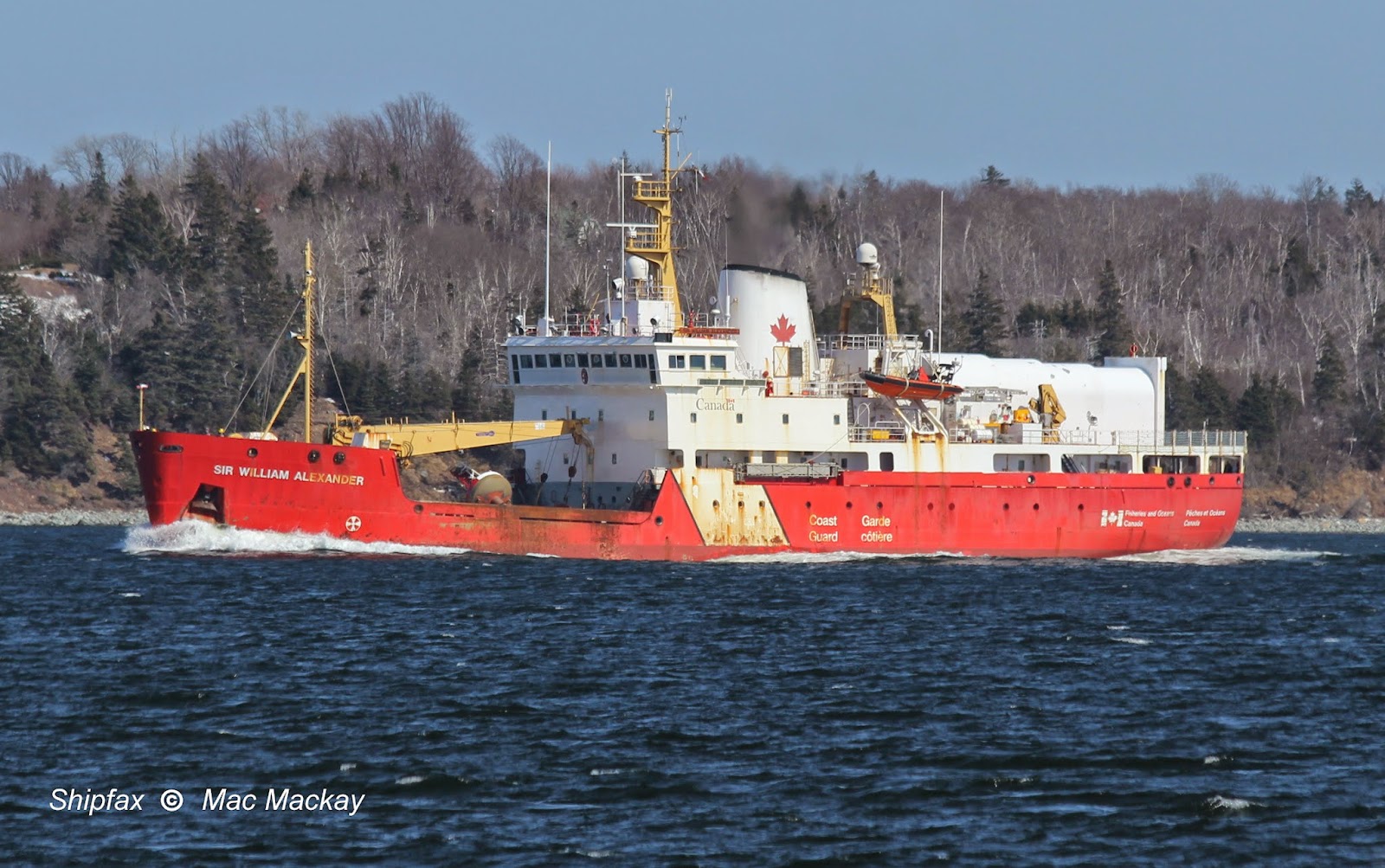 The bulker Ruddy arrived to take a cargo of grain. The ship is a member of the Canadian Forest Navigation fleet based in Montreal, but consisting of chartered ships, usually under Cyprus registry. 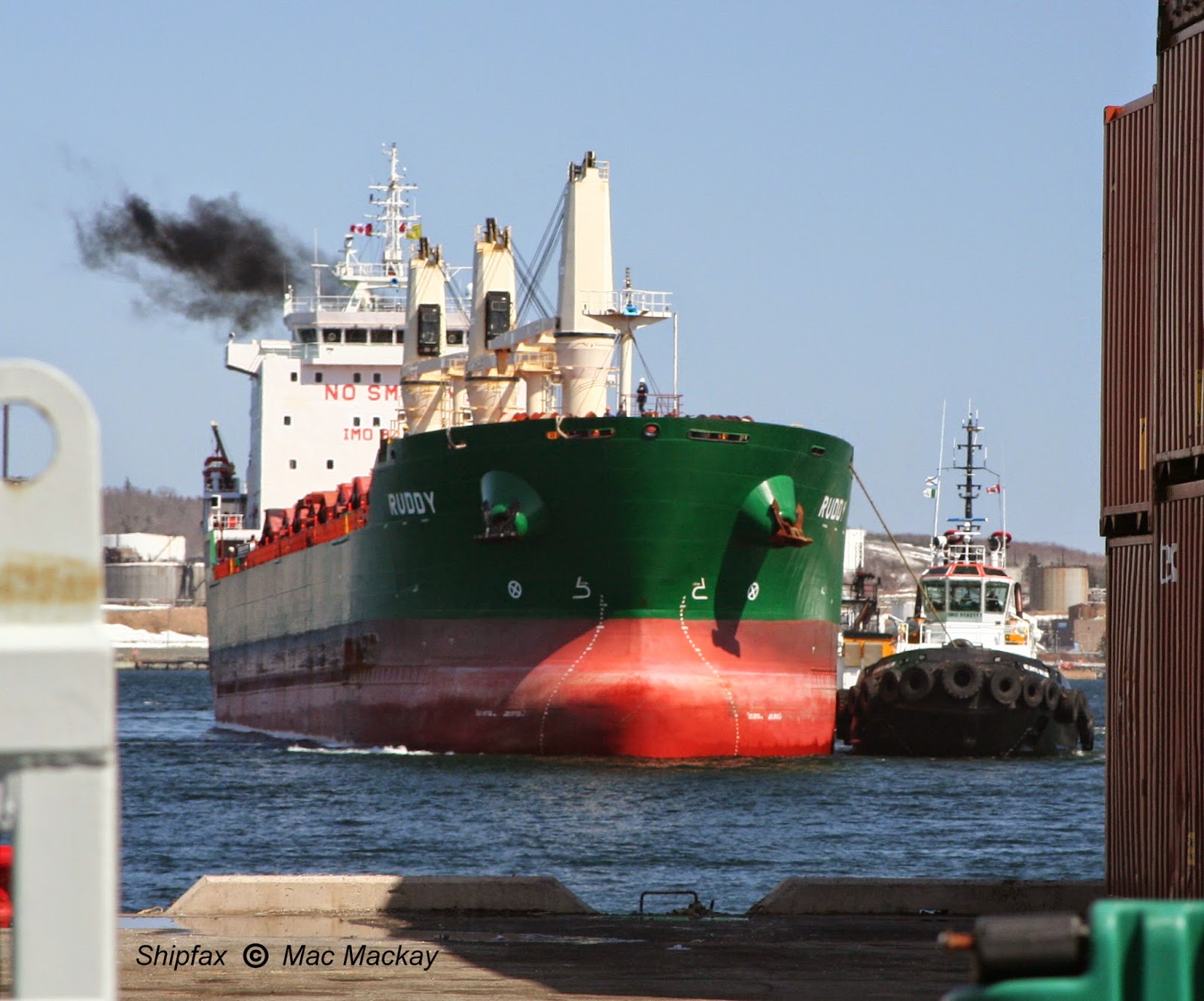 Ruddy was built in 2009 by Shandong Weihai Shipyard in Weihai, China, and is a ship of 19,814 grt, 30,930 dwt. As with most CANFORNAV ships it is suited for the St.Lawrence Seaway.
CANFORNAV's website gives general arrangement plans of the different ships in its fleet - well worth a look. http://www.canfornav.com/en/welcome.aspx

Cenito washes down its anchor chain to reduce the risk of sparks as it approaches Ives Knoll.

It has been here before - in May 2014, November-December 2014 and January 2015. Also Chinese built, by Guangzhou International, 29,313 grt, 53,116 dwt, it is a high ice class tanker. After anchoring breifly, it moved to Imperial Oil on departure of the Irving Oil tanker Acadian.