Windmills for the mid-west

The British flag Johanna C stopped in Halifax with a load of windmill blades from the far east. The ship took bunkers and sailed on to Montreal. After Seaway inspection it will proceed on to Duluth, MN to unload the blades. Duluth is a major port for blades, because of its unimpeded rail and road access to the mid-west. These long components do not travel well through metropolitan areas or over and around natural obstacles. However Duluth, at the head of Lake Superior, is beyond such impediments and has become an import location for a variety of oversize goods headed for the US mid-west, but also to Alberta and Saskatchewan. 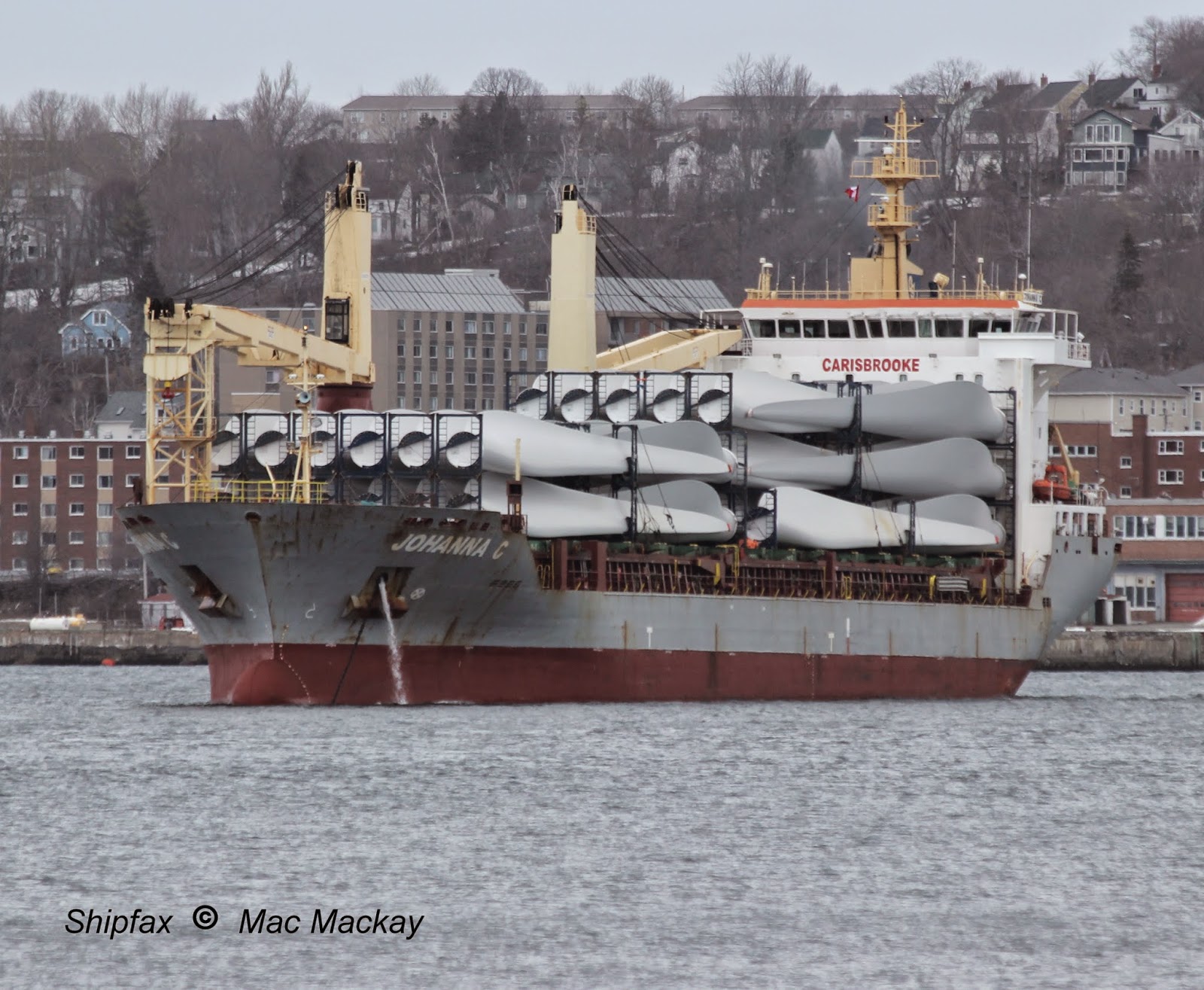 Johanna C is part of the Carisbrooke Shipping fleet, privately owned and based at Cowes, Isle of Wight. It was built by Jiangsu Yanzijiang in Jiangyin, China in 2009. It is equipped with two 80 tonne cranes, combinable for 160 tonne lifts and measures 9,530 grt, 12,947 dwt.

The blades are carried on the ships unobstructed decks, and the holds may contain smaller components such as turbines or tower sections or even more blades.