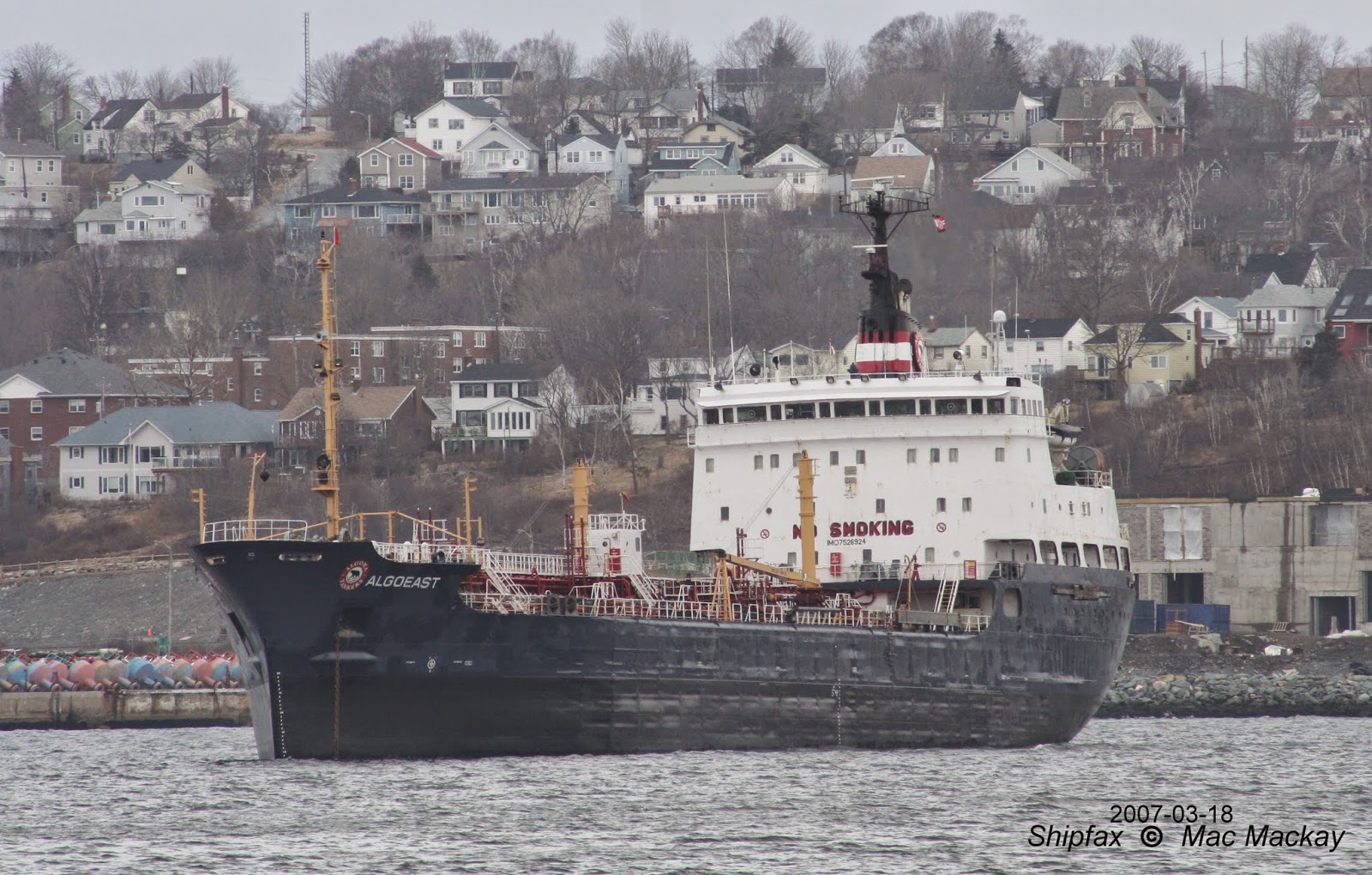 Algoeast anchored in Halifax in 2007.

As reported at the end of last year, the tanker Algoeast was laid up at Sydport in Sydney, NS pending a sale.

That sale has apparently taken place, and with a quick swipe of a brush the ship was renamed Go East (although I am sure it looks like GOEAST) under the St.Vincent and Grenadines flag, and has sailed from Sydney giving Gibraltar as its next port of call.
The layup in Sydney was intended to allow a sale to go through without the ship having to fight its way out of the St.Lawrence River due to ice. That may not have worked exactly as planned since Sydney is currently choked with ice, but the icebreaker Louis S. St-Laurent was in the area if needed.
The fact that the ship is registered under the St.Vincent flag does not augur well for its future, since that flag is the one commonly used for ships on their way to the scrappers. My expectation for the ship if it were sold for future trading would have been a destination in the Caribbean or West Africa. However Gibraltar is on the way to Aliaga, Turkey or even India/Pakistan. I guess we will know more after April 14, its current ETA for Gibraltar. 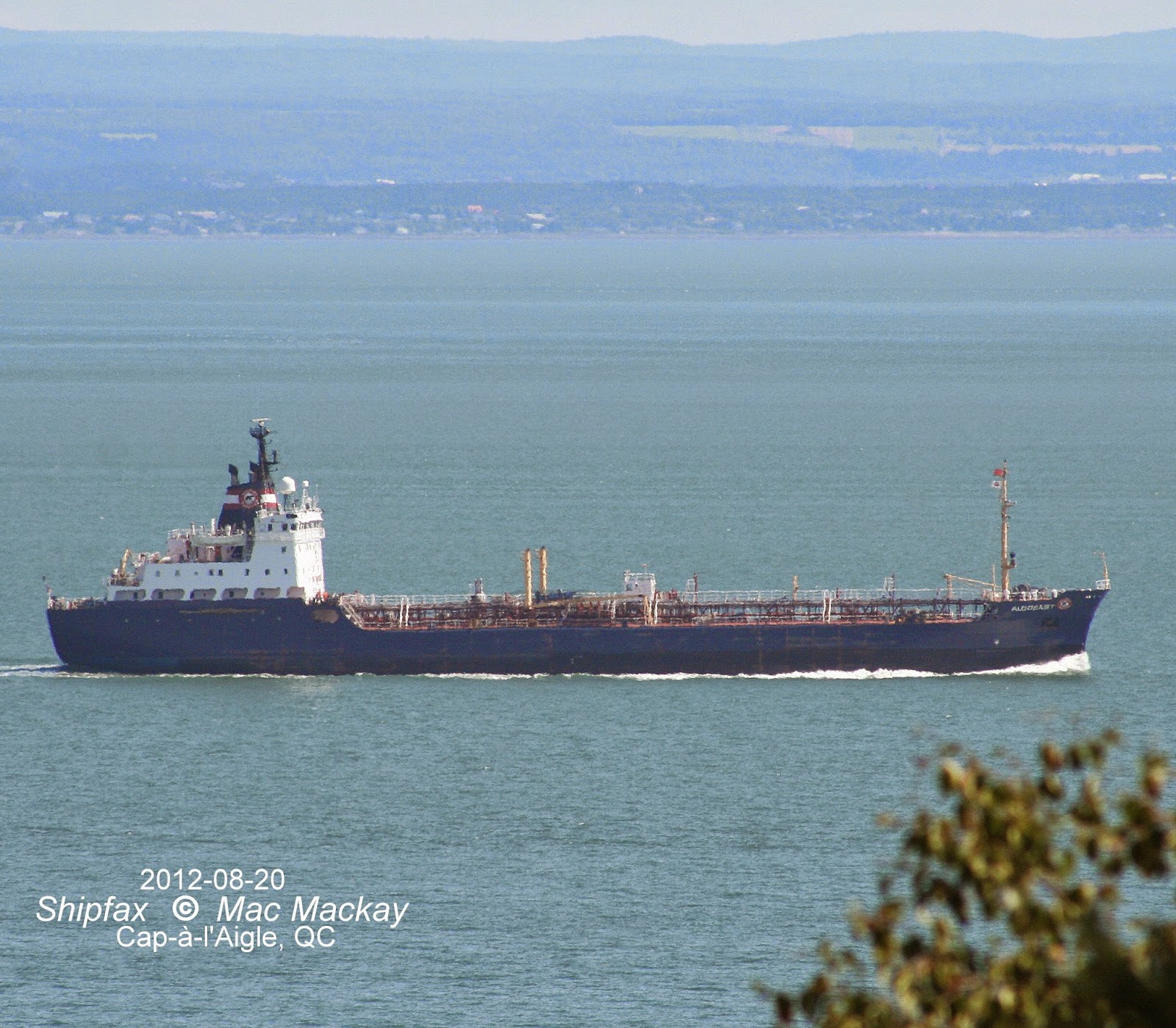