Allise P - thanks to DST

The first time Allise P was here, February 17,  I was not able to get a photo because her arrival and departure were in the dark. Today however, thanks to the onset of Daylight Saving Time there was still light for her 1800+ departure.

Atlantic Oak has her stern escort wire up and is pushing on the ship as the mooring lines are let go from Fairview Cove.

The ship was built in 2007 by Hyundai Heavy Industries, Ulsan, South Korea for Stefan Patjens Reederei, one of five sister ships of 53,481 grt, 50,900 dwt and 5041 TEU. The ship went immediately into a long term charter as Maersk Dubrovnik. That charter ended in January and the ship must have immediately been drydocked and fully repainted so that there is no trace of its former Maersk colours. She then took the name Allise P and is on charter to the G6 Alliance (presumably HAPAG-Lloyd.) That charter must be fairly short term since she did not take a HAPAG-Lloyd name. 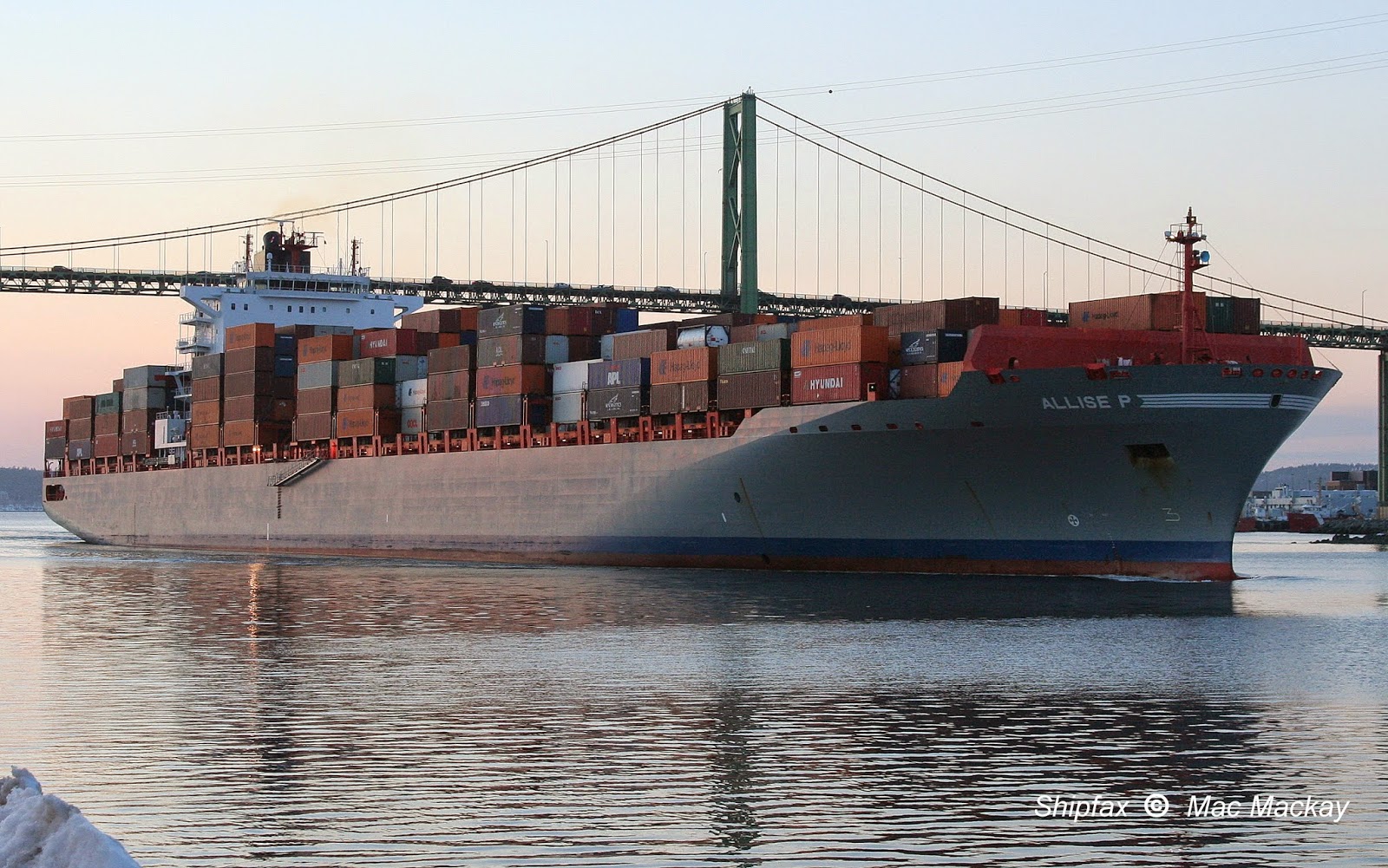 By the time the ship made its way around into the Narrows, the sun had gone behind the land, but hadn't set. Atlantic Oak is tucked up under the ship's stern and is not visible.