Halterm was the hot spot in the harbour today with four ships working. With only three available berths, that took some doing. Oceanex Sanderling was occupying pier 36 and remained there all day.
Zim Constanza arrived late morning and tied up at pier 42.
Macao Strait (Melfi Lines) arrived Monday and was at pier 41. As with its fleet mate from last week, Tasman Strait, the ship was waiting for rail cargo, and at noon time it moved out to harbour anchorage. That left pier 41 clear for the arrival later this afternoon of Ernest Hemingway (Zim). 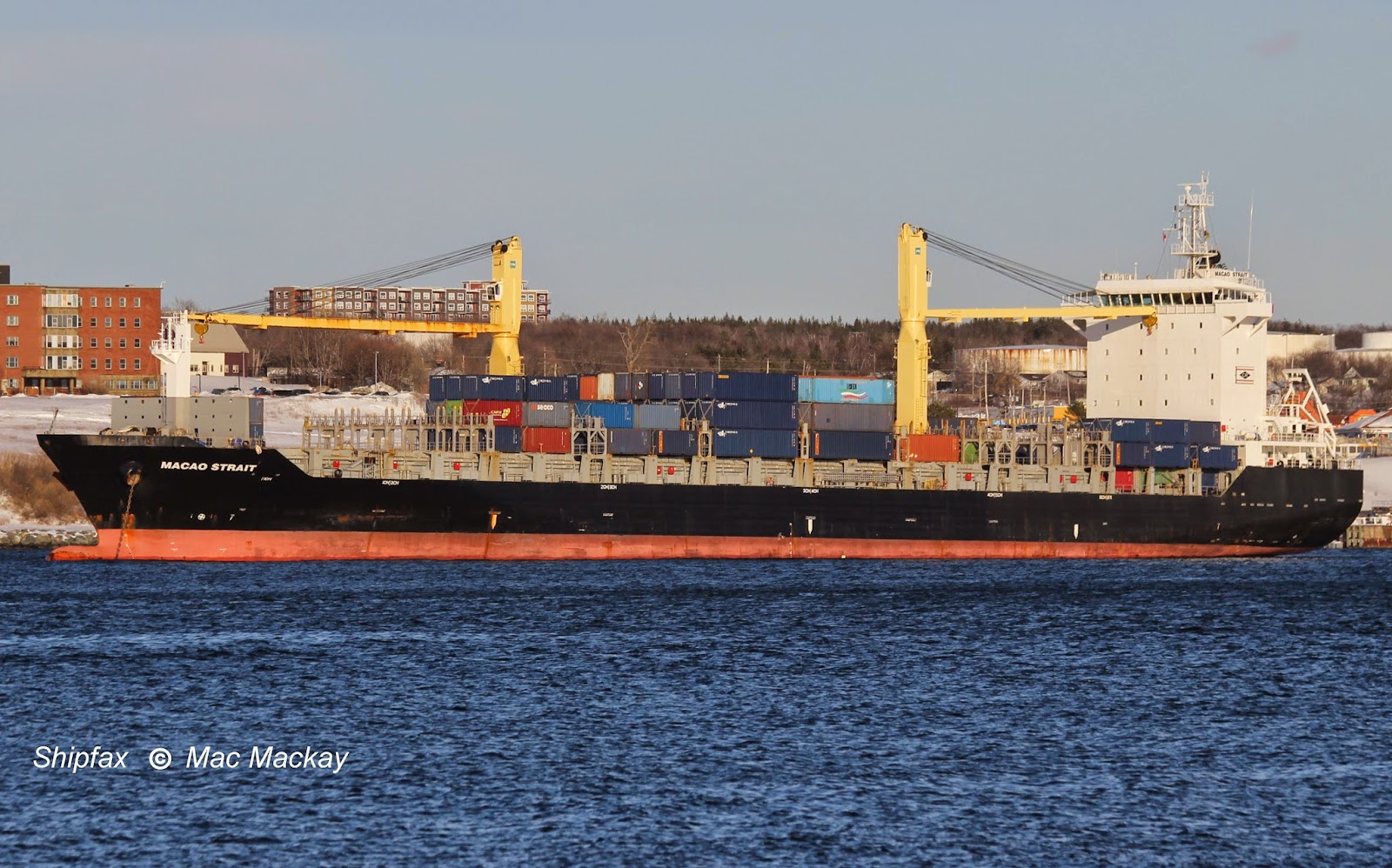 Macao Strait made its first visit for Melfi on November 8, 2014 and is chartered from Carsten Rehder of Hamburg. 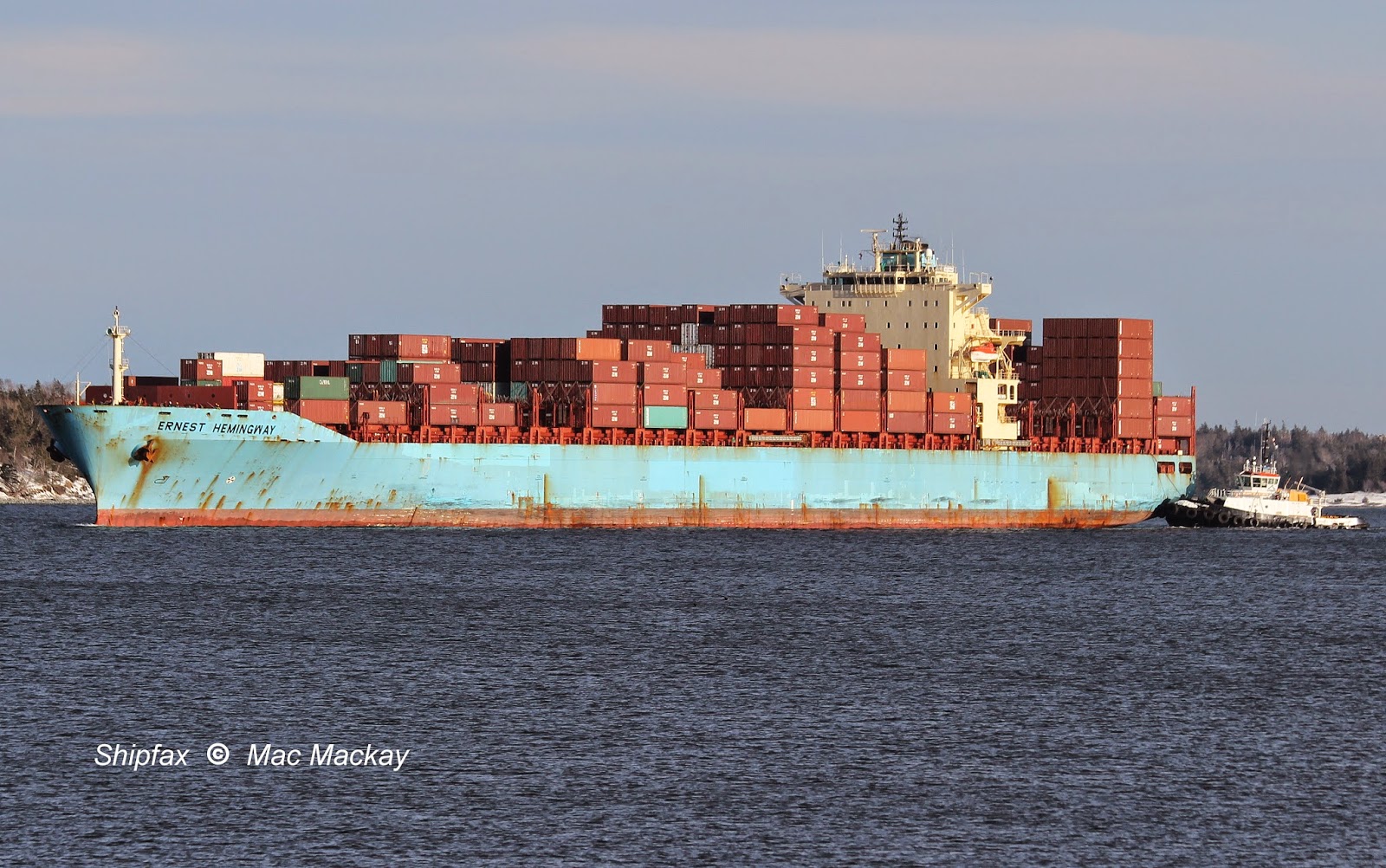 Still in Maersk blue, but loaded for Zim.

Ernest Hemingway made its first call for Zim on July 10, 2014. Owned by Norddeutsche Reederei, it is still wearing the colours of Maersk Line, where it was chartered as Maersk Davenport from 2005 to 2013. 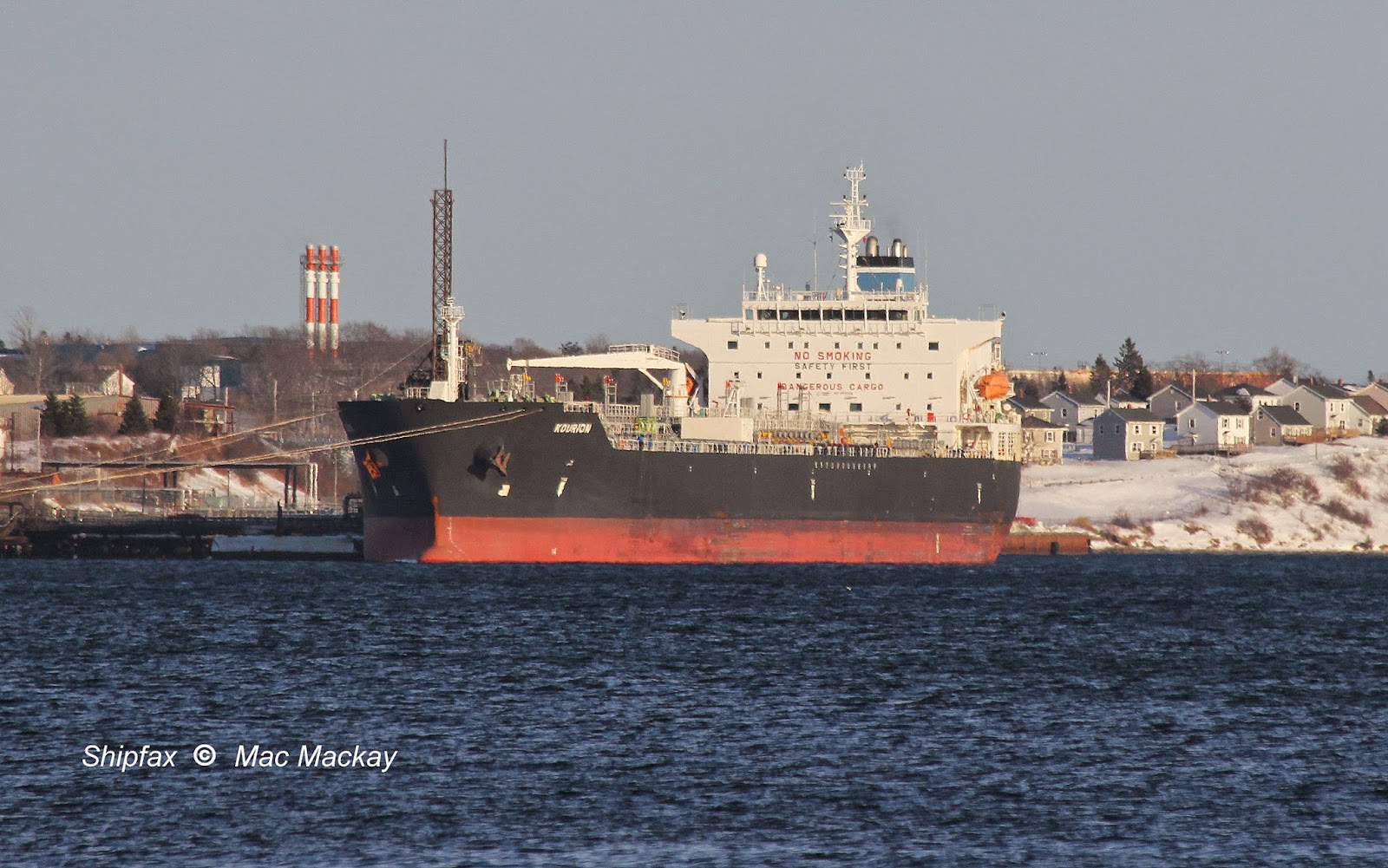 Meanwhile at Imperial Oil the tanker Seamuse sailed this morning and its place was soon taken by Kourion Built in 2012 by SPP Shipbuilding Co of Sacheon, South Korea, it is a handysize tanker of 29,930 grt, 50,290 dwt. It is operated by World Tankers Management of Singapore, but flies the Panama flag.
The ship anchored for a few hours in the inner harbour awaiting its turn. 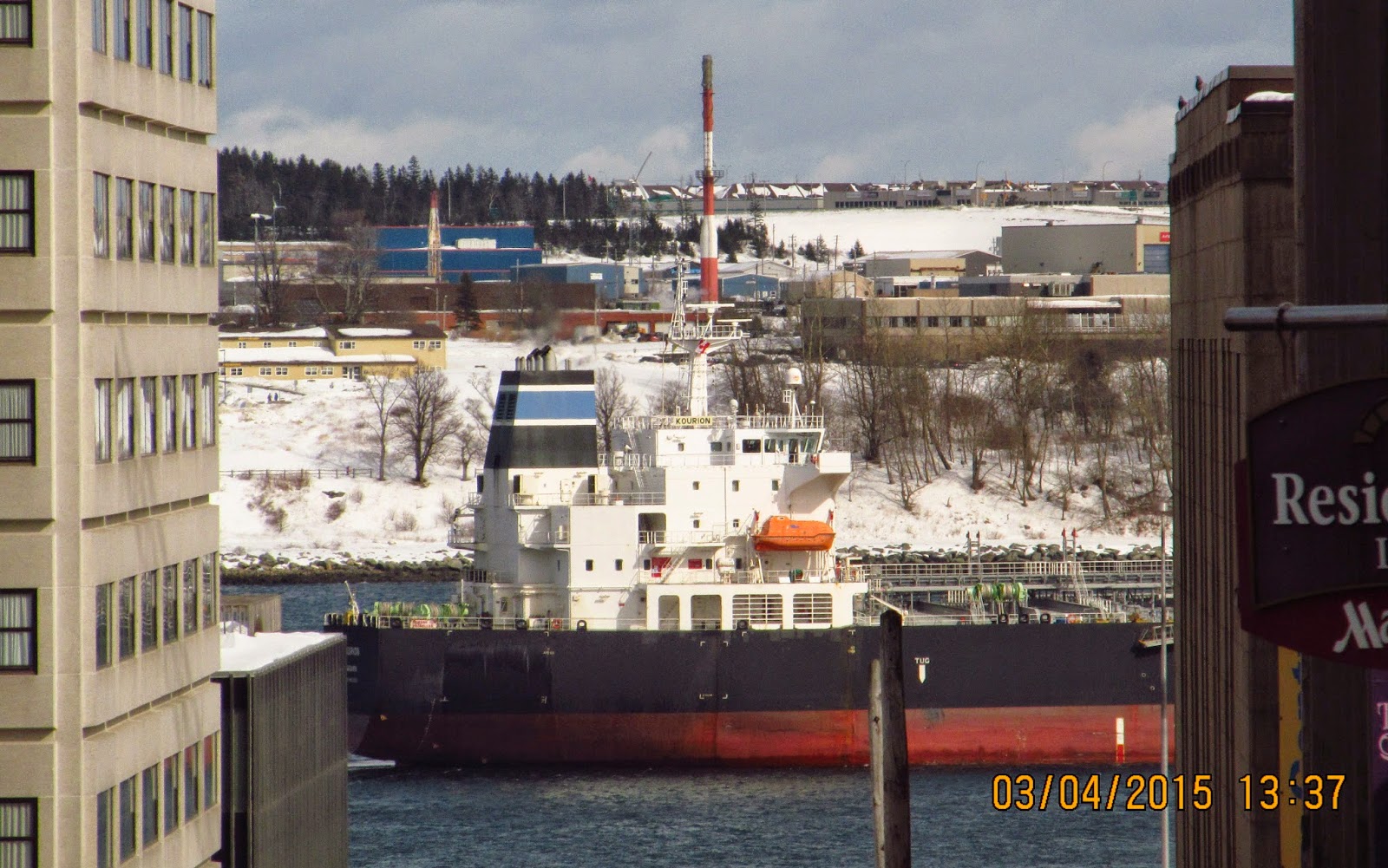 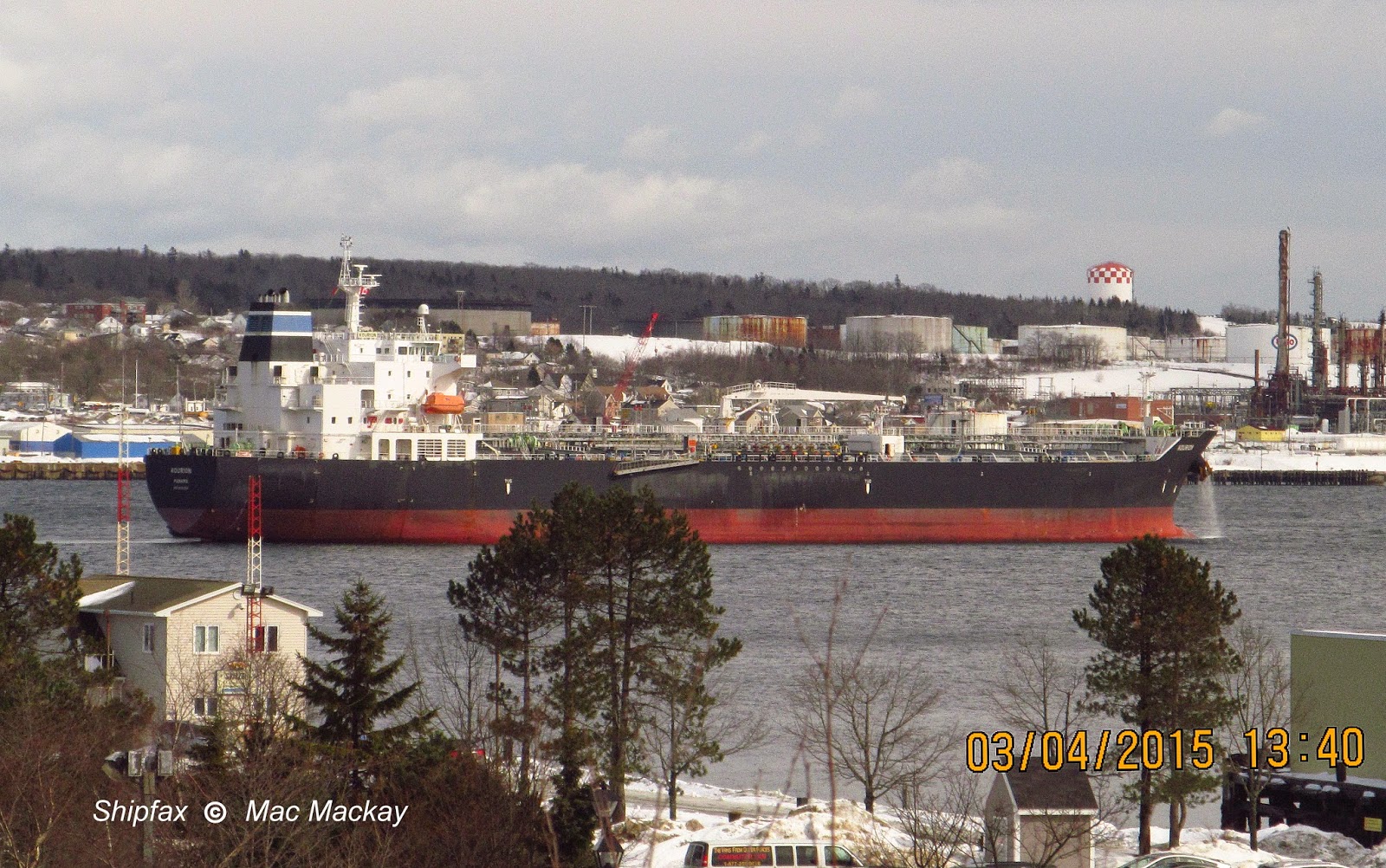 One of the great things about Halifax is the glimpses of ships from odd vantage points. Unfortunately new buildings are going up to block many of these views.