The news earlier this week that HMCS Victoria was operational and had fired a test torpedo in February, and that HMCS Chicoutimi was also back in the water - both on the west coast- and frequent sightings of HMCS Windsor on this coast is the first good news on the subject for some time.
The story of Canada's ex Royal Navy subs has not been a happy one generally, but now that three of the four are up and running that focuses attention on the fourth sub. HMCS Corner Brook is probably facing a total rebuild or possibly scrapping after it grounded while submerged. Politically, scrapping would not be good news, so expect that it will be rebuilt - unfortunately draining needed resources from other navy activity. 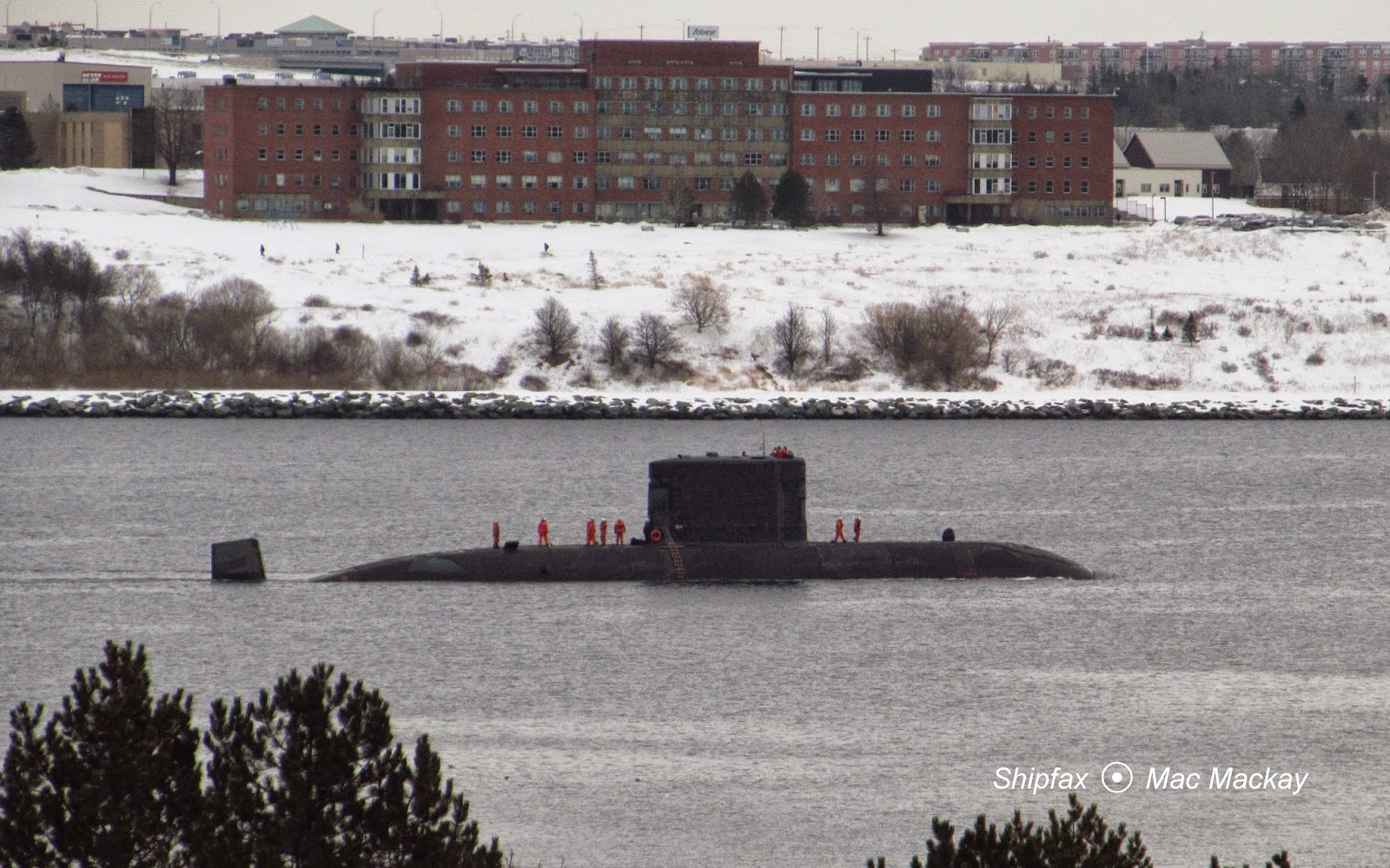 HMCS Windsor sets out past snow covered Mount Hope, the site of the Nova Scotia Hospital.

For now at least we can enjoy seeing Windsor working out in the Halifax area, as it was this morning putting out to sea.