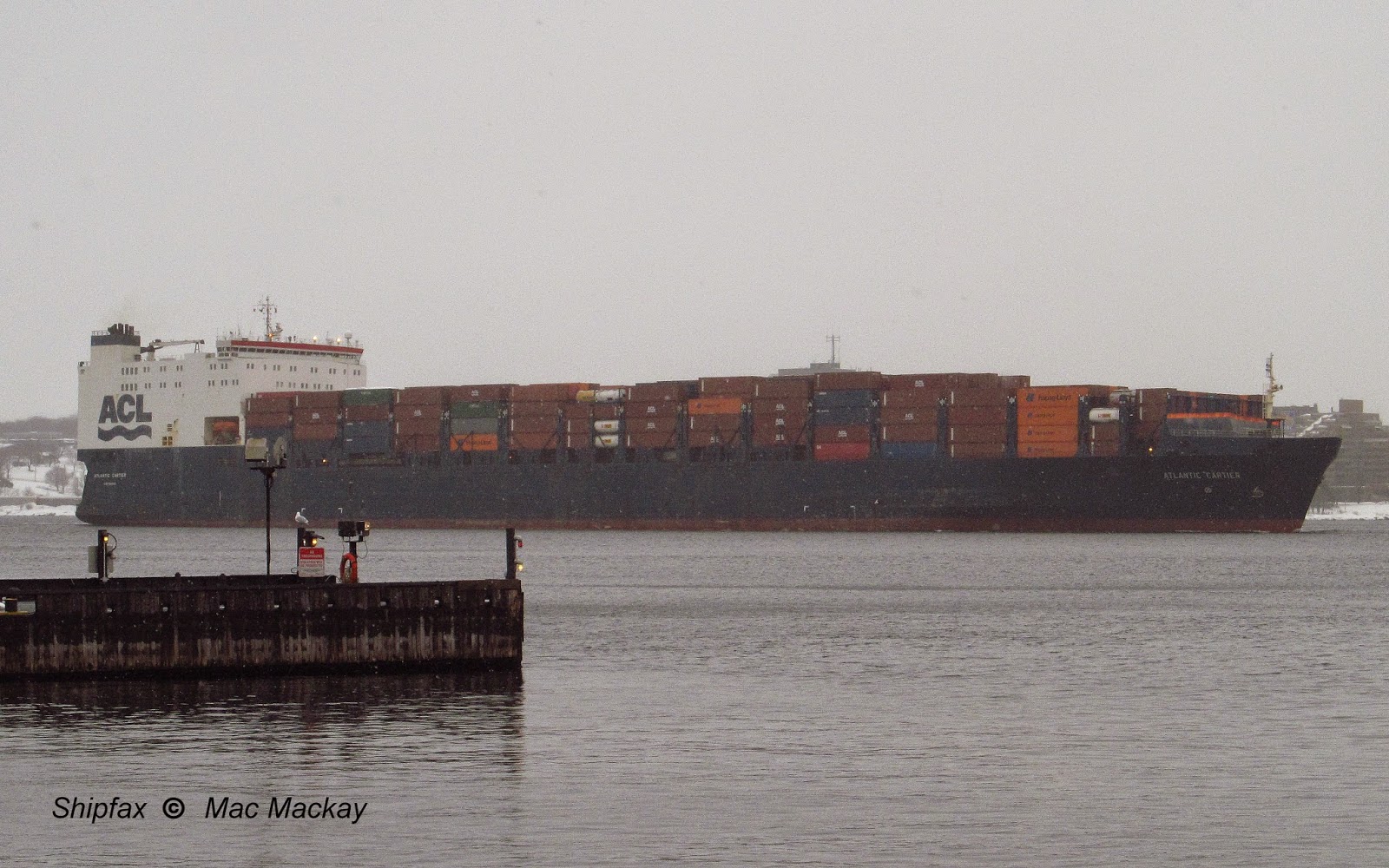 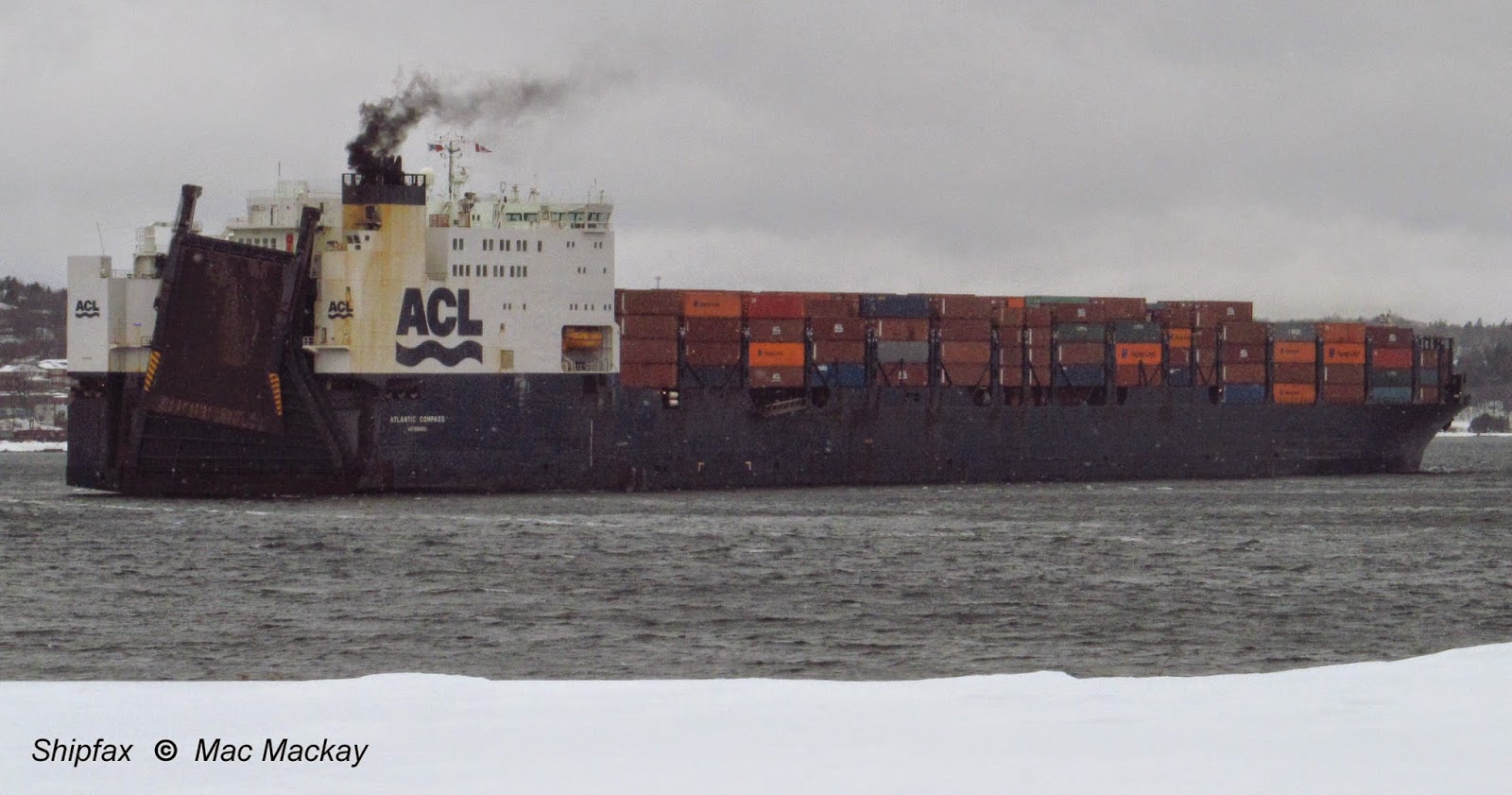 Atlantic Compass has turned and begun to back in to Fairview Cove east. There are two tugs on the ship's port side.


I have photographed these ships countless times, but since their replacements will be along later this year, I am taking the opportunity to get in a few last shorts in different conditions and from different angles.  This morning was definitely in the gloomy category.

The other arrival at Fairview Cove today was Herma P for Hapag-Lloyd. This is the second of the Stefan Patjens fleet to call in Halifax after completing Maersk charters last year. 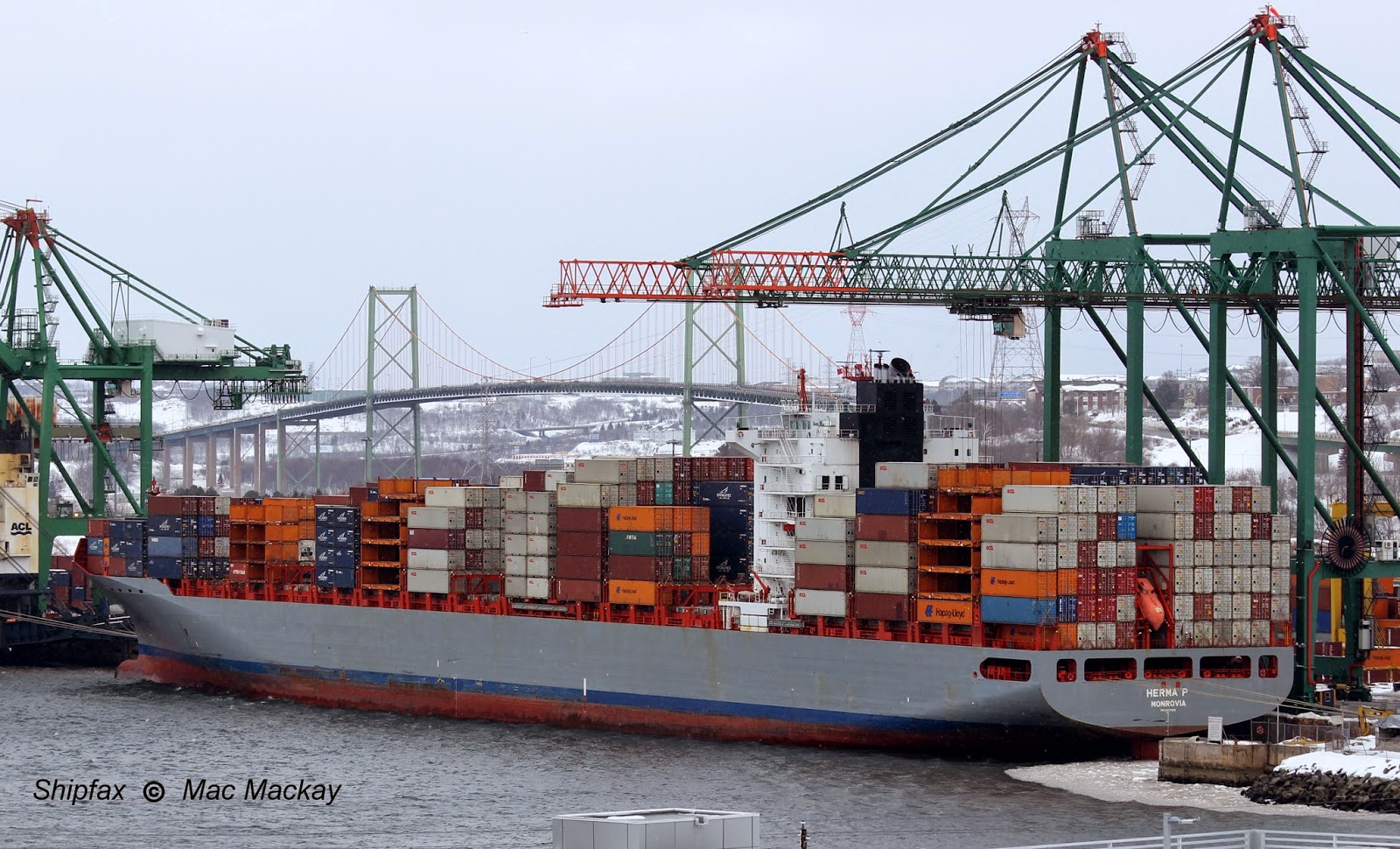 Built in Ulsan, South Korea in 2006 by Hyundai Heavy Industries, the 53,481 grt, 53,88 dwt ship has a capacity of 5041 TEU. It sailed as Maersk Dryden until July of last year when it reverted to its owners Stefan Patjens Reederei of Germany.
Sister ship Allise P called here February 17 and March 10. It is the former Maersk Dubrovnik. There are two moire sister ships, Serena P ex Maersk Drummond and Kaethe P ex Maersk Drury in the Patjens fleet. All four ships were launched with their current names, less the letter "P" but took the Maersk names on delivery.


Still at anchor, the tanker Sloman Hermes appears now to be awaiting a berth, since it has not taken bunkers yet. 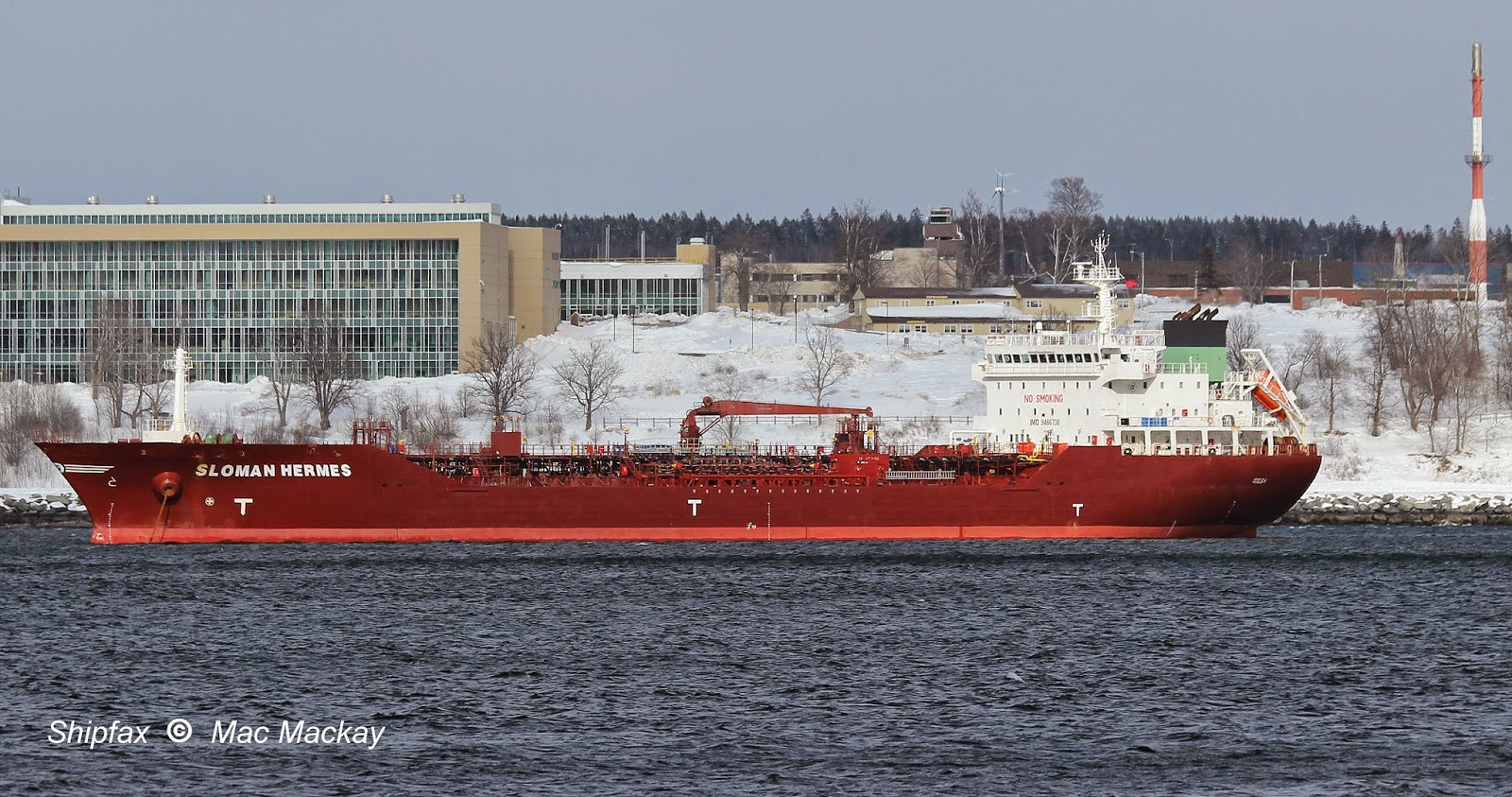 After yesterday's gloomy morning photo, this afternoon there was sun.

I did not make the long drive to Autoport, so my only view of Opal Ace will be this one, which also includes the Valero oil tanks in Eastern Passage.

(Their is some vertical exaggeration due to air/water conditions.)