After a foggy morning yesterday, then no harbour movements later, today was catch up day. 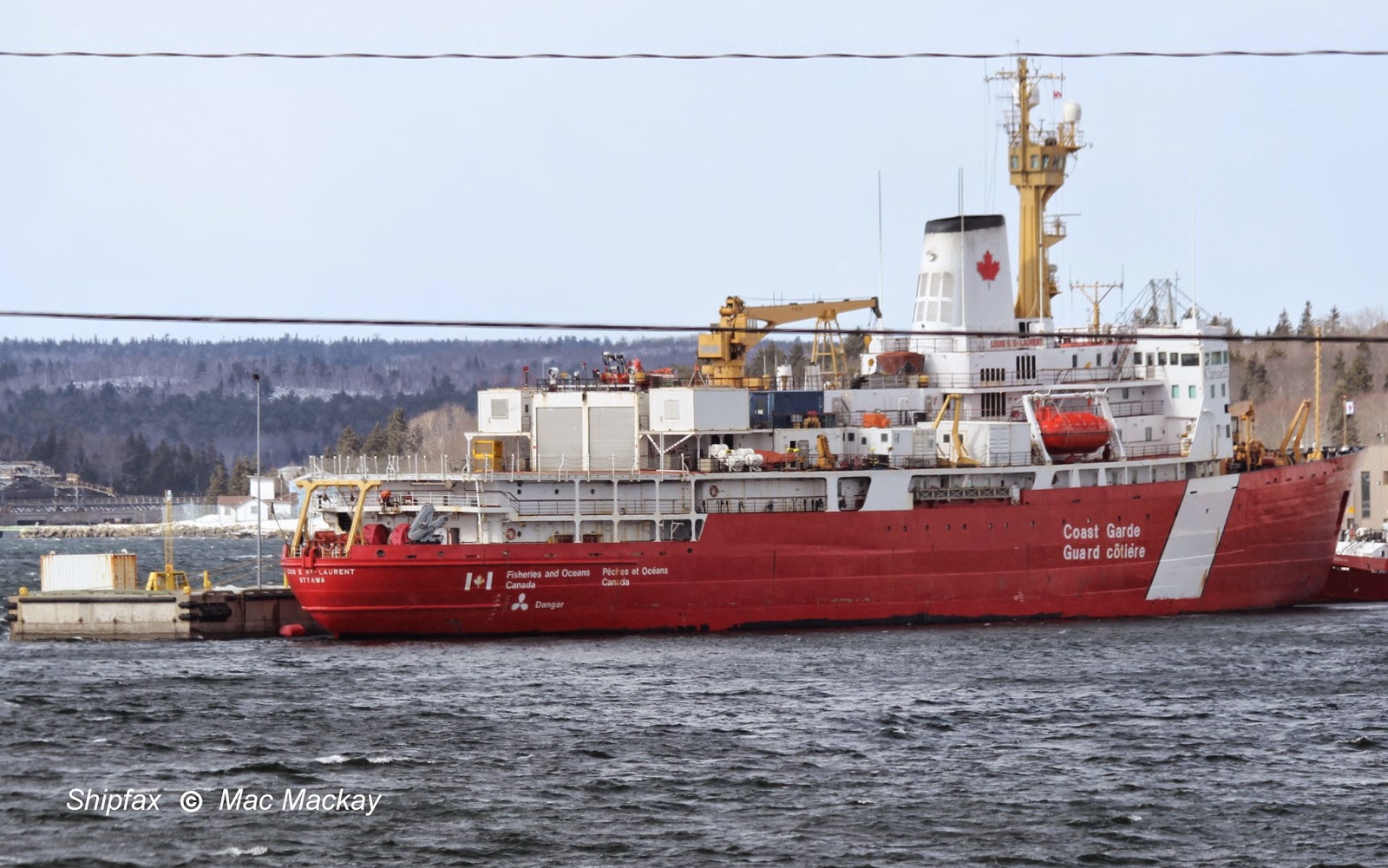 CCGS Louis S. St-Laurent was tied up at the Bedford Institute pier and this evening it took bunkers. Both the Louis and the Henry Larsen that was in earlier in the week probably took stores, had minor repairs and maybe even had crew changes , taking a few days off from ice breaking activities in the Gulf. 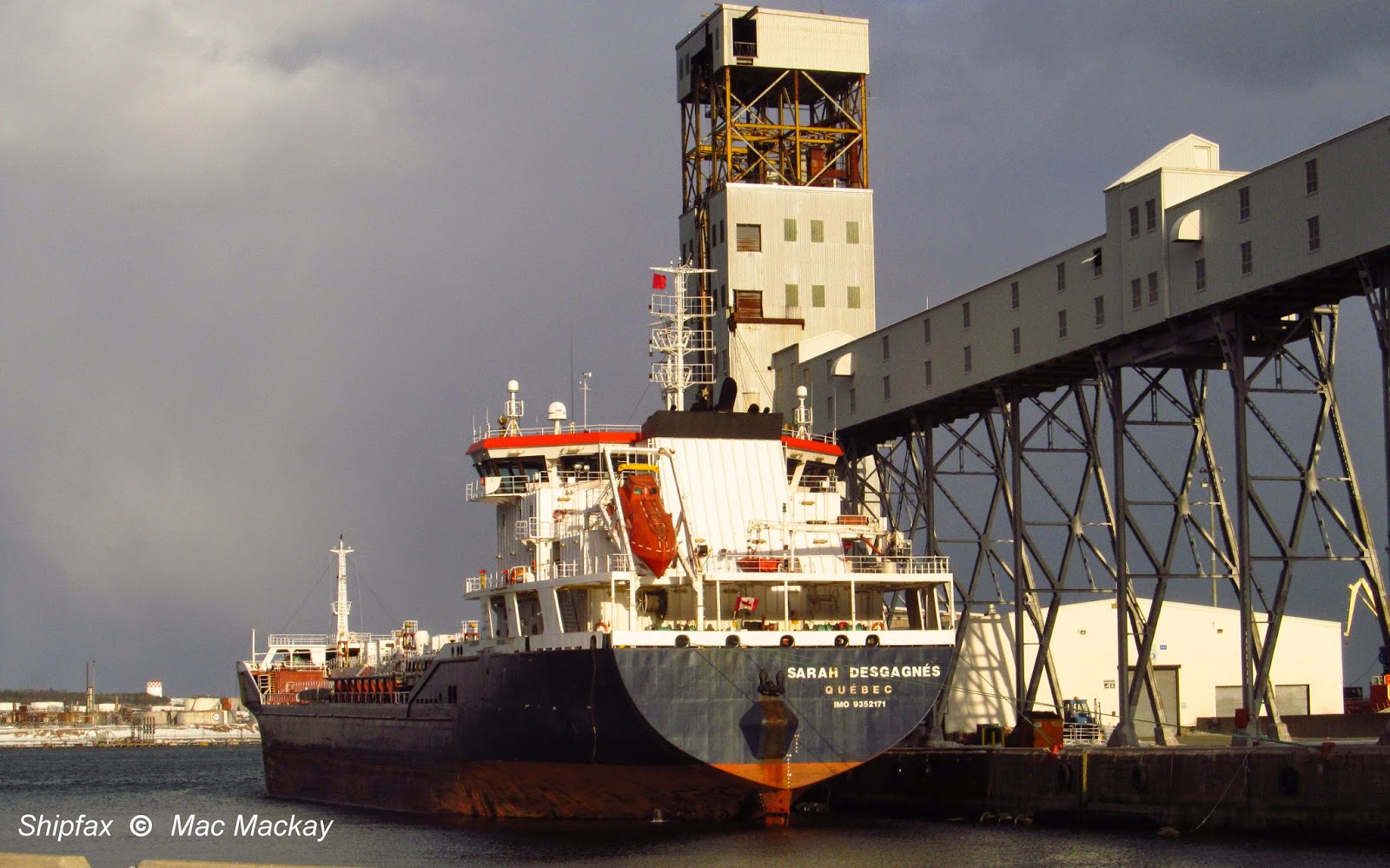 The tanker Sarah Desgagnés arrived last Saturday with cargo and after unloading at Imperial Oil, moved over to pier 25. The ship was in for a week earlier in the year for maintenance, but went back to work. Presumably it will continue from where it left off. Last time there were divers working under the ship.

Another odd view of Autoport thanks to snow and ice banks at the normal vantage points.

The autocarrier Graceful Leader sailed late this afternoon after finally being able to complete unloading. It arrived Tuesday, but with icy conditions persisting at Autoport, disembarking cars have to be moved to backup storage areas, taking much longer to unload.

I may never get used to the bluff bow of the new Trillium class CSL ships.

CSL Tacoma sailed early this afternoon with a part load of gypsum. It probably loaded to permissible draft at National Gypsum. It arrived early yesterday morning, so delays due to frozen material likely held up what would normally have been a 12 hour operation. 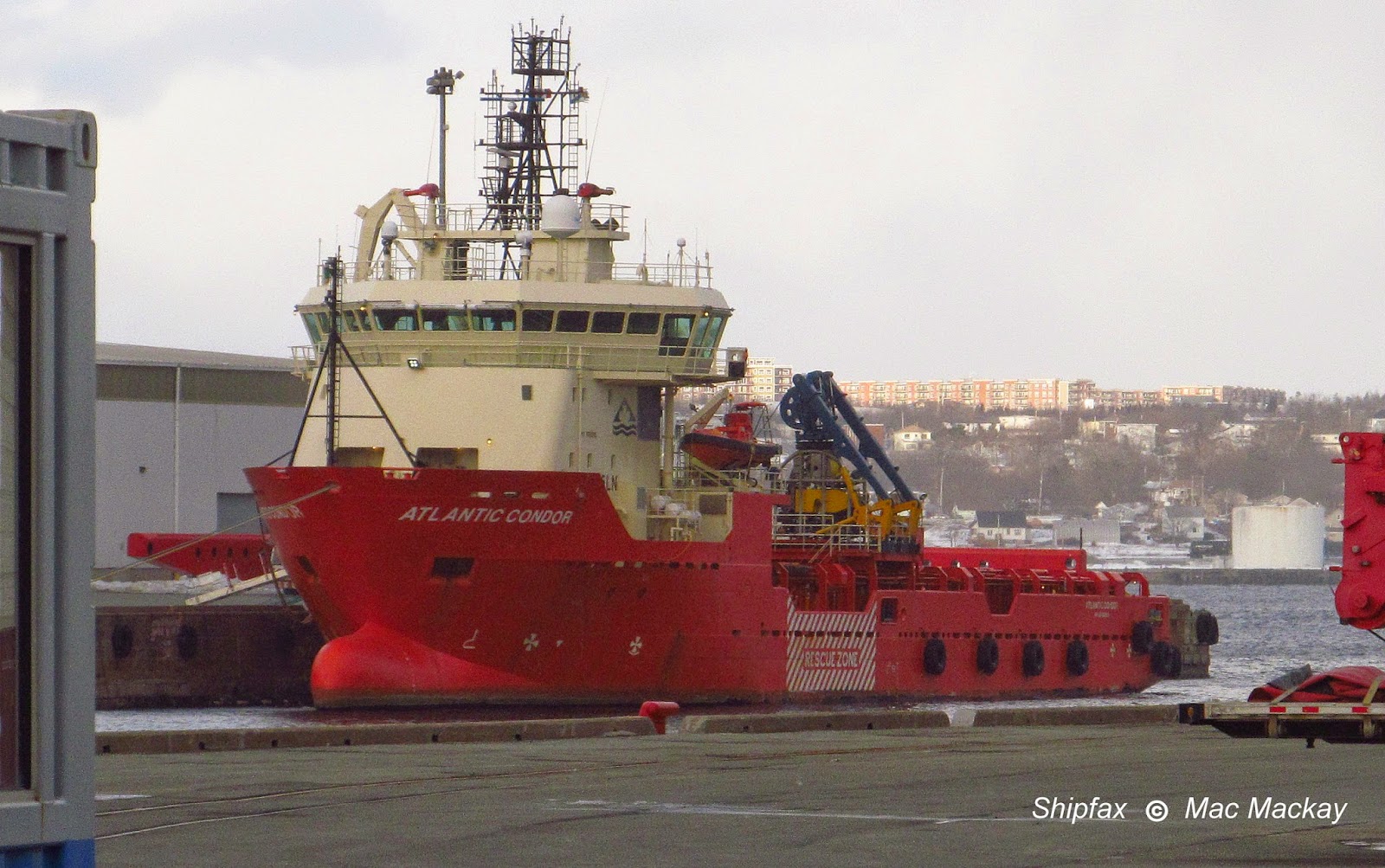 To round off, the supplier Atlantic Condor was over on the Halifax side this afternoon. It uses the Mobil dock in Dartmouth to work cargo and supplies for offshore.When not working it usually ties up at the IEL dock, but space there is a t premium because the tanker Algonova is also in for a maintenance period.

Not photographed, but worth mentioning, HMCS Preserver made a cold move to Imperial Oil today to take fuel.