Work on a new transatlantic fibreoprtic cable system running from Halifax via Cork Ireland to Bream, UK that will link New York and London started last year with manufacture of the cable itself:
http://www.hibernianetworks.com/project-express/

Last month the cargo ship Ocean Crescent was at pier 9c assembling cable carrying gear in its holds to transport the cable.

The cable lay work will be carried out by two Reliance class ships. They are sisters to Tyco Responder (renamed Responder in 2011) which was here in 2010. 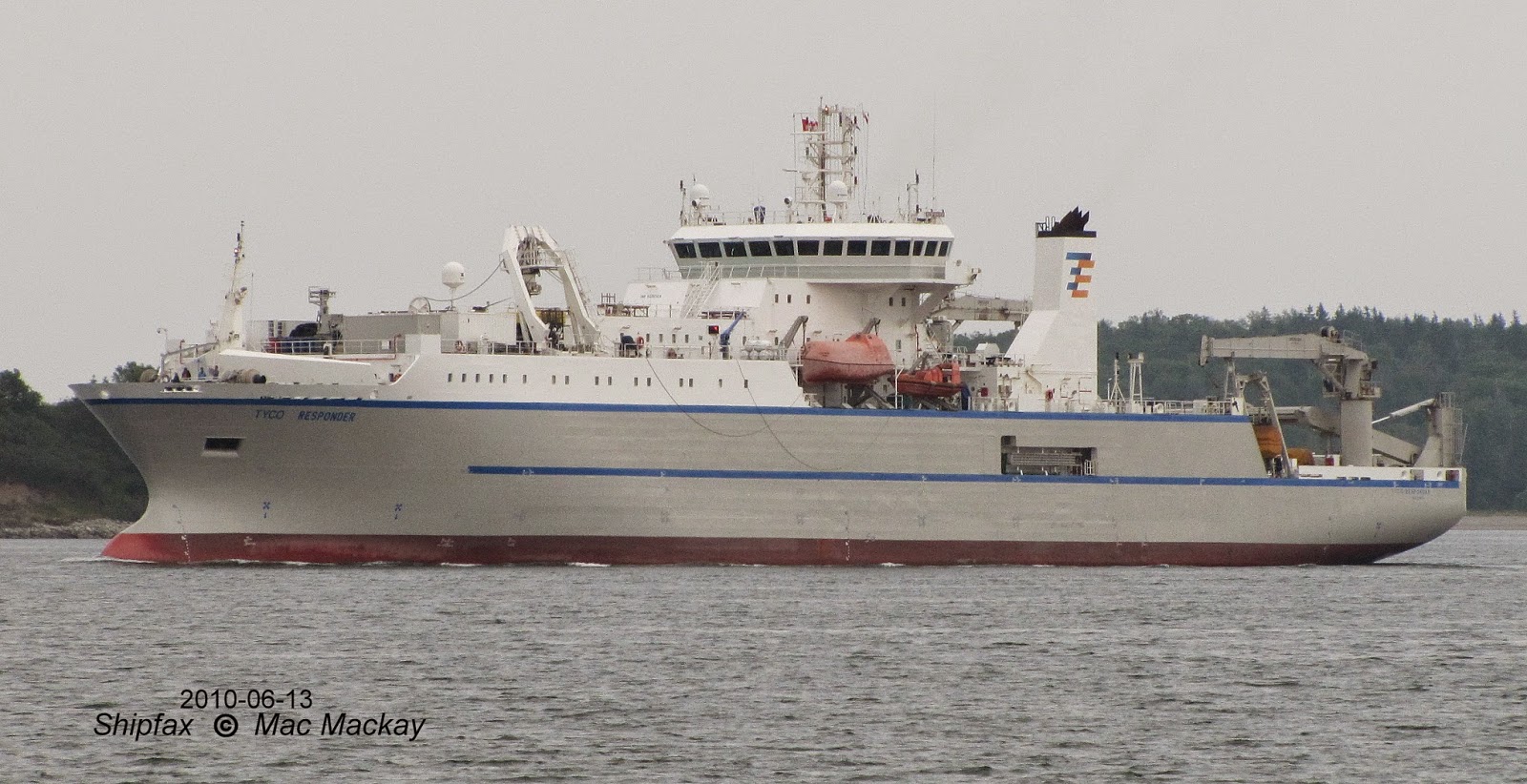 Tomorrow Decisive, one of two ships that will do the actual laying of the cable is due in Halifax for a brief stopover. (It was due this morning but bad weather prevented that from happening.)

Decisive is one of six sister ships of the Reliance class operated under the Marshall Islands flag by TE Subcon. It and Resolute have been granted Canadian coasting licenses to carry out the portions of the work that will take place in Canadian waters.

Decisive's work, summarized in the license application, is for route clearance, pre-lay grapnel run, and general support. Its license runs from March 10 to September 10.

Resolute will actually lay the cable, which consists of plowing a trench, placing the cable and burying it (all in one operation) along with testing. Its license runs from March 22 to September 23.

These are highly sophisticated ships, well described in the following link: