The handysize tanker Star Express anchored today for bunkers and was underway again in a few hours. It is unusual to see a tanker arriving in ballast these days, most are bringing in product for Imperial Oil..

Sea Express with Algoma Dartmouth tied alongside for bunkering.

Shin Kurushima built the ship in Onishi Japan in 2005, and it operates for Synergy Marine Pte Ltd under the Panama flag. Its typical handysize dimensions are 28,059 grt and 45,838 dwt.

It took the anchorage that had been occupied last night by the similar size Overseas Atalmar. It arrived before the high overnight winds and remained at anchor until this morning when snow clearing operaitons at Imperial Oil allowed it to dock. 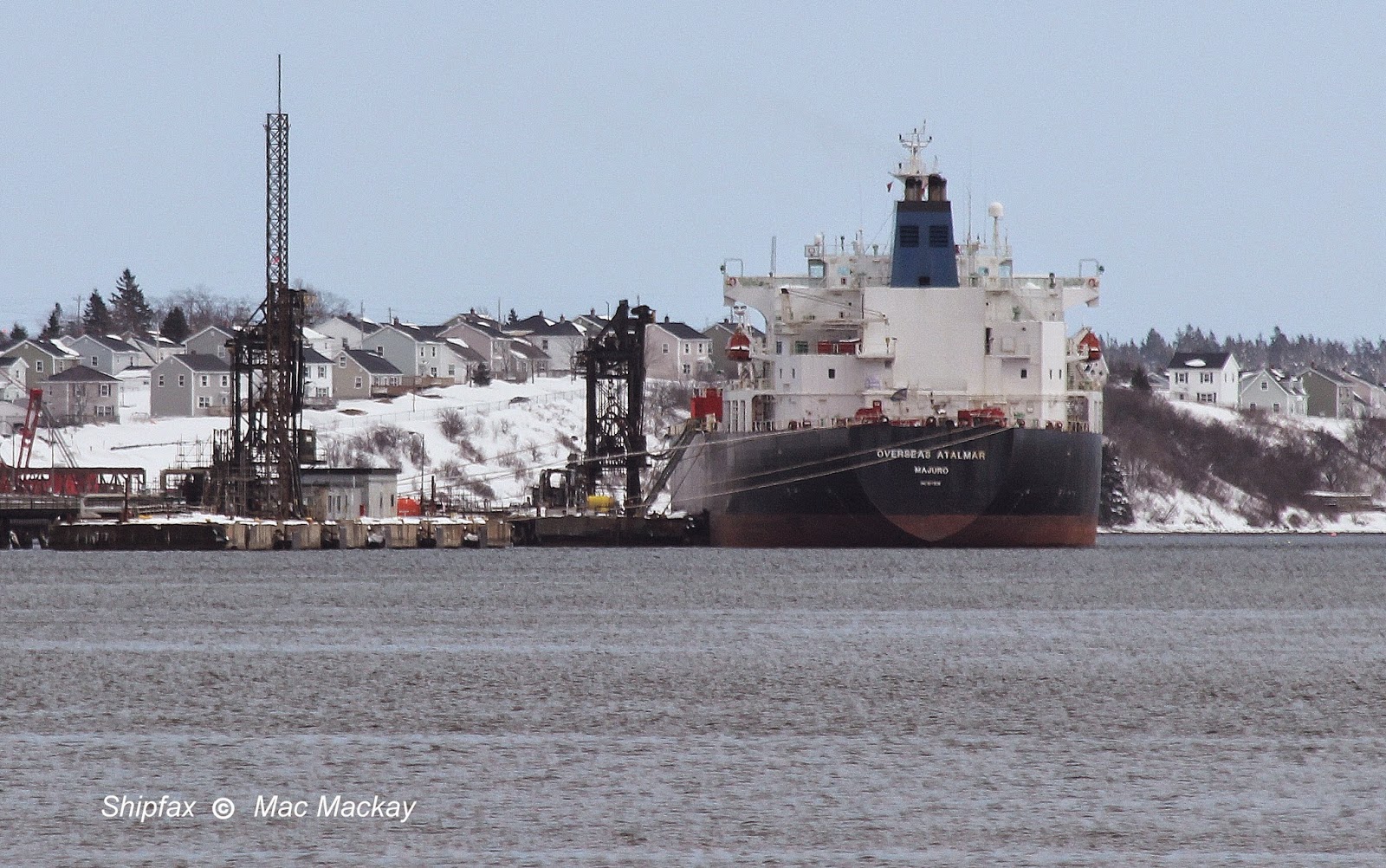 Dating from 2004, it is a product of the STX Shipbuilding Co in Jinhae, South Korea. The 30,018 grt, 46,177 dwt ship operates under the Marshall Islands flag for OSG Tankers. It was built as Atalmar and took its present name in 2005.

Meanwhile in Bedford Basin another handysize waits its turn, but unlike yesterday's picture, today's is in sunlight, showing off the distinctive orange superstructure of its owners Torm Line. 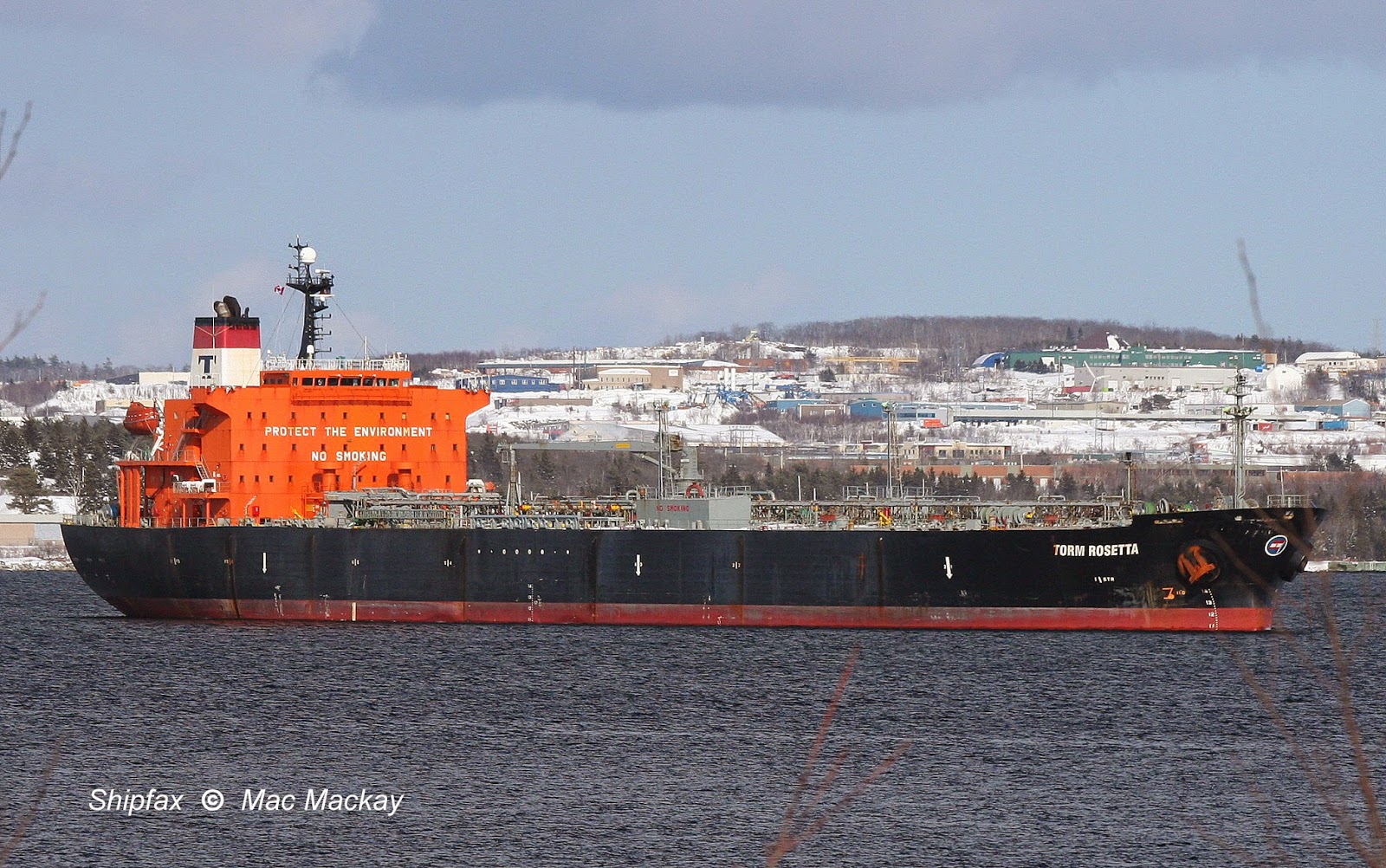 Torm Rosetta, in addition to the usual "No Smoking" sign also advises: "Protect the Environment".

The only non-tanker activity to report (aside fromn those ongoing from yesterday) was the return of CCGS Hudson from refit at the Verreault shipyard in Les Méchins, QC. It tied up at its usual berth at the Bedford Institute, with the new CCG building in the background. 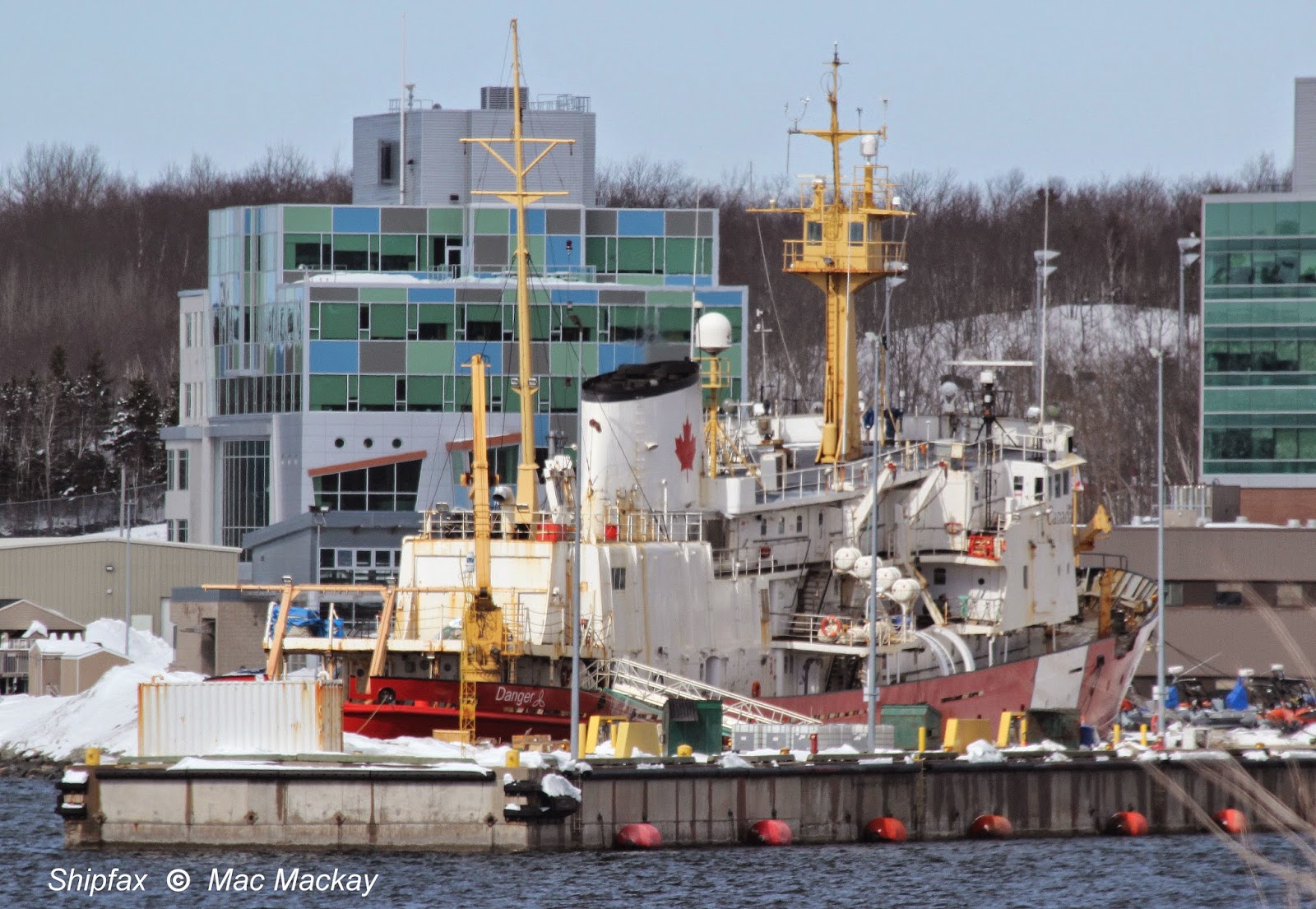 The building replaces the old Coast Guard buildings and base in Dartmouth, which according to news this week will become an oceans R+D and industry centre. The Waterfront Development Corp has taken over ownership of the now disused facility.

The old CCG base (area below black dashed line) is a prime piece of Dartmouth waterfront land, but is surrounded by residential uses. It is does have a rail line running through it, hundreds of feet of pier space and considerable vacant land.