Halifax side streets are plugged with drifted snow such that the Shipfax mobile command post is unable to conduct is normal harbour patrols.  Harbour watching must therefore be done by foot or from the comfort of home via the internet, AIS, harbour cams (the ones that aren't plugged with snow) and radio intercepts. The latter methods will be vastly preferable for some time to come. 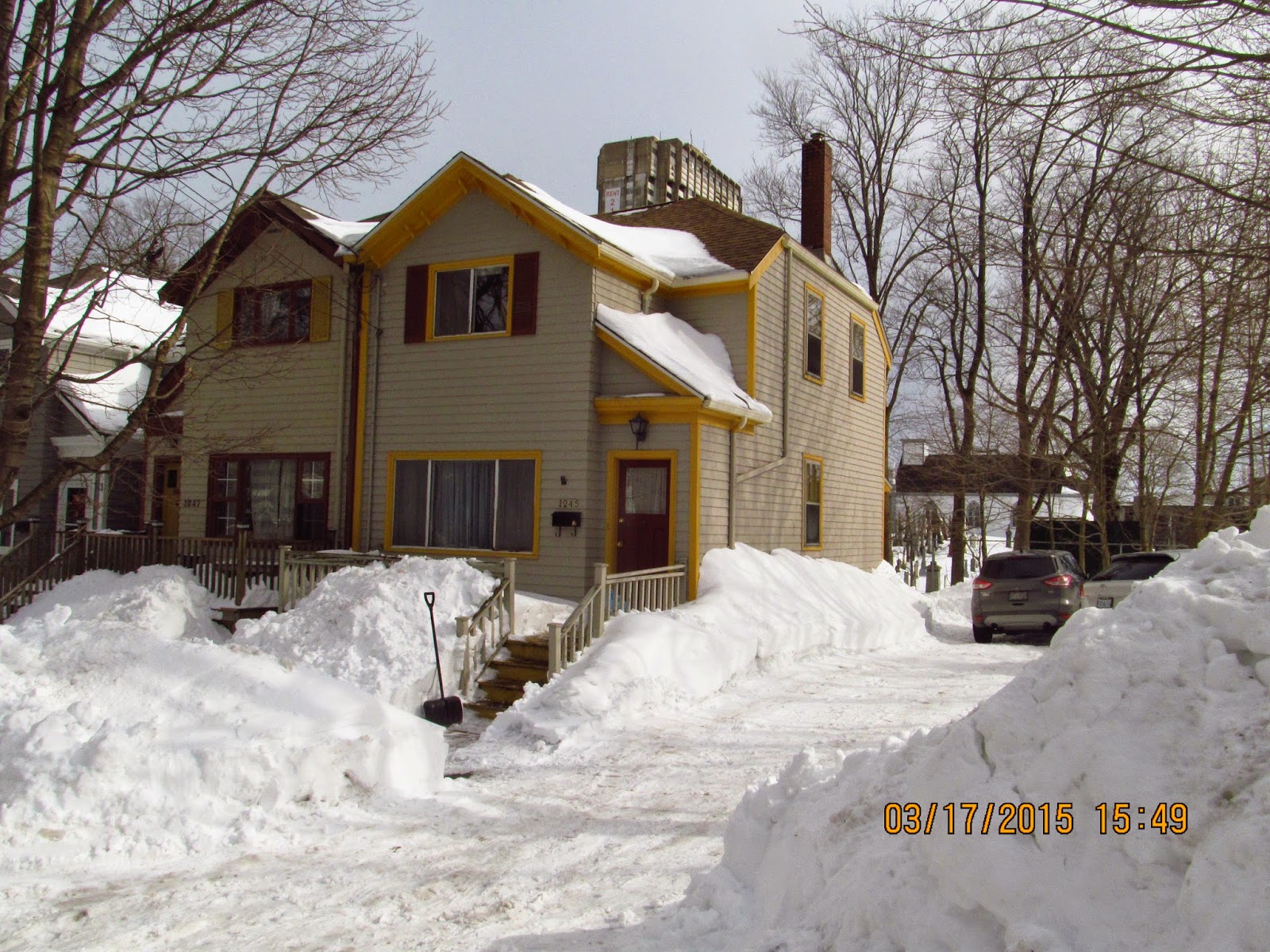 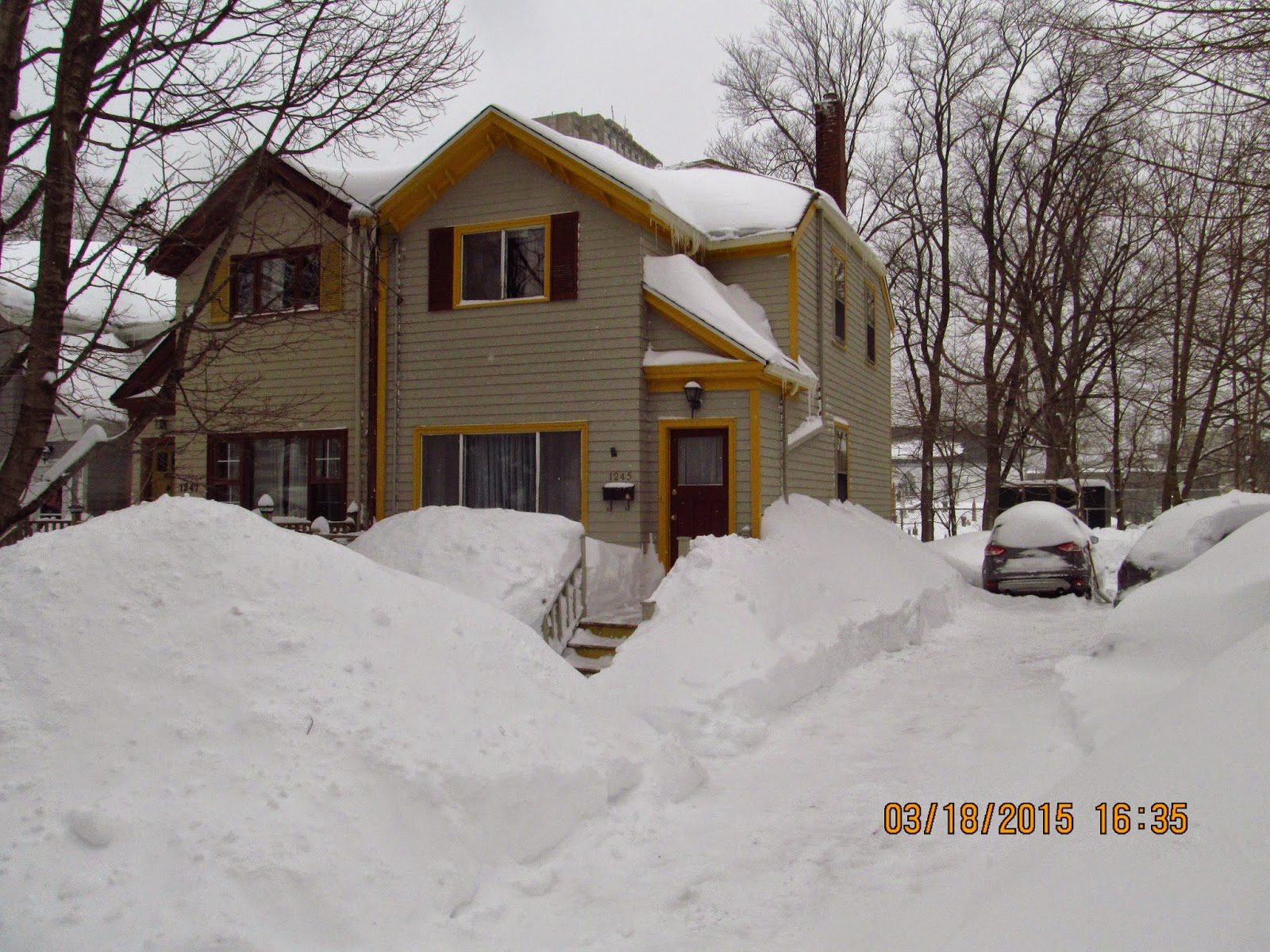 Ship Central before and after.
(The top of the 33 storey apartment building in the background is not a penthouse addition to Ship Central) 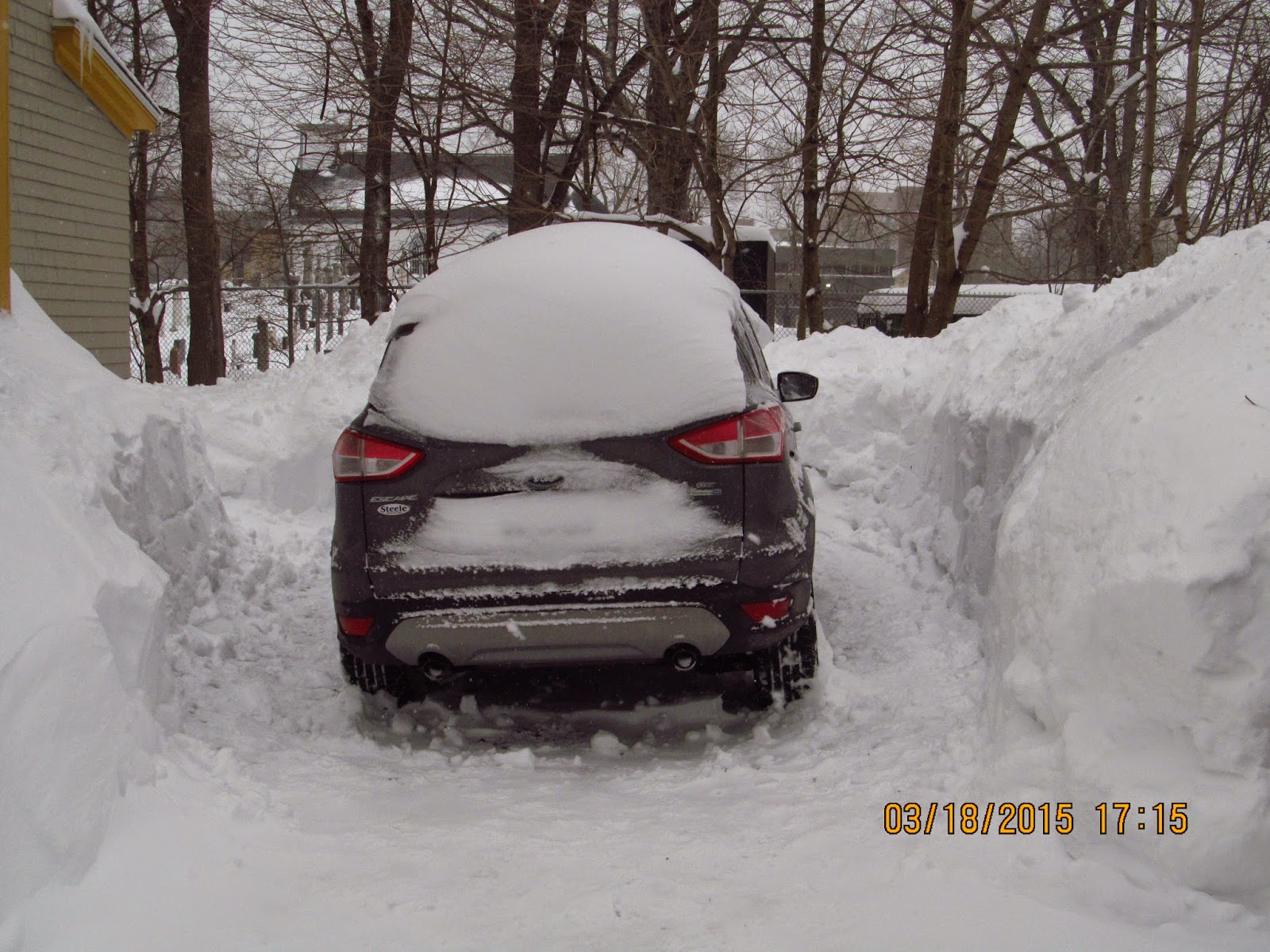 Wednesday March 18: arrival of Federal Tweed to anchor in Bedford Basin - another possible casualty from the ice wars in the Gulf of St.Lawrence. High winds and seas off the port kept the pilot boat alongside until later in the afternoon when it and the container ship Vera D were able to enter port. Also due late is Algoma Dartmoth from its regular fill up trip to Point Tupper. It will not need a pilot.

Thursday March 19: due Harefield, a gantry equipped open hatch bulker of the Gearbulk fleet, due mid-afternoon, and another suspected ice casualty. It is calling for two tugs to escort it from the pilot station to pier 9c, but due to low freeboard will require moderate sea conditions. Last reported March 15 in the Gulf from Wilmington, USA for Baie Comeau.

Planned deparures included Algonova from IEL where it has been undergoing maintenance and BBC Vermont from pier 9c where it unloaded gantry cranes for Halifax Shipyard, followed by steel rods that appeared to be rock anchors, but may just have been very large re-bar.

The optimistic autocarrier Opal Ace is due first thing in the morning. Autoport must be chaos with another foot or more of snow Tuesday night and all day Wednesday.  Autocarier Tosca is also due to move from pier 27 to Autport. It was supposed to move Tuesday, but due to the high winds, it would not be able to stay at Autoport. It would not be a good candidate for anchoring due to its high freeboard, so it was likely moved across the camber to the lee side for the night. How Autoport will deal with one ship, let alone two will be interesting to hear.

If Tosca leaves from pier 27, Redhead, the first ice casualty, is due to move from anchor in Bedford Basin to pier 27, possibly to load grain and / or continue with propeller repairs.

The usual detail included in these reports as regards tonnages, etc., is temporarily suspended until snow shoveling no longer monopolizes my time.