For the second time in recent weeks HMCS Preserver spent a good part of the day at Imperial Oil taking on fuel. The ship is no longer in operational form, and will not be going to sea, but it is useful to the RCN as a floating fuel depot. Its oil cargo tanks store fuel for other RCN ships, which can refuel directly from her at HMC Dockyard rather than trying to find a berth at Imperial Oil.

HMC ships used to have priority berthing at Imperial Oil, but with the demand for space being what it is since the refinery closed and all refined product arrives by sea, there are days at a time when all berths are full. 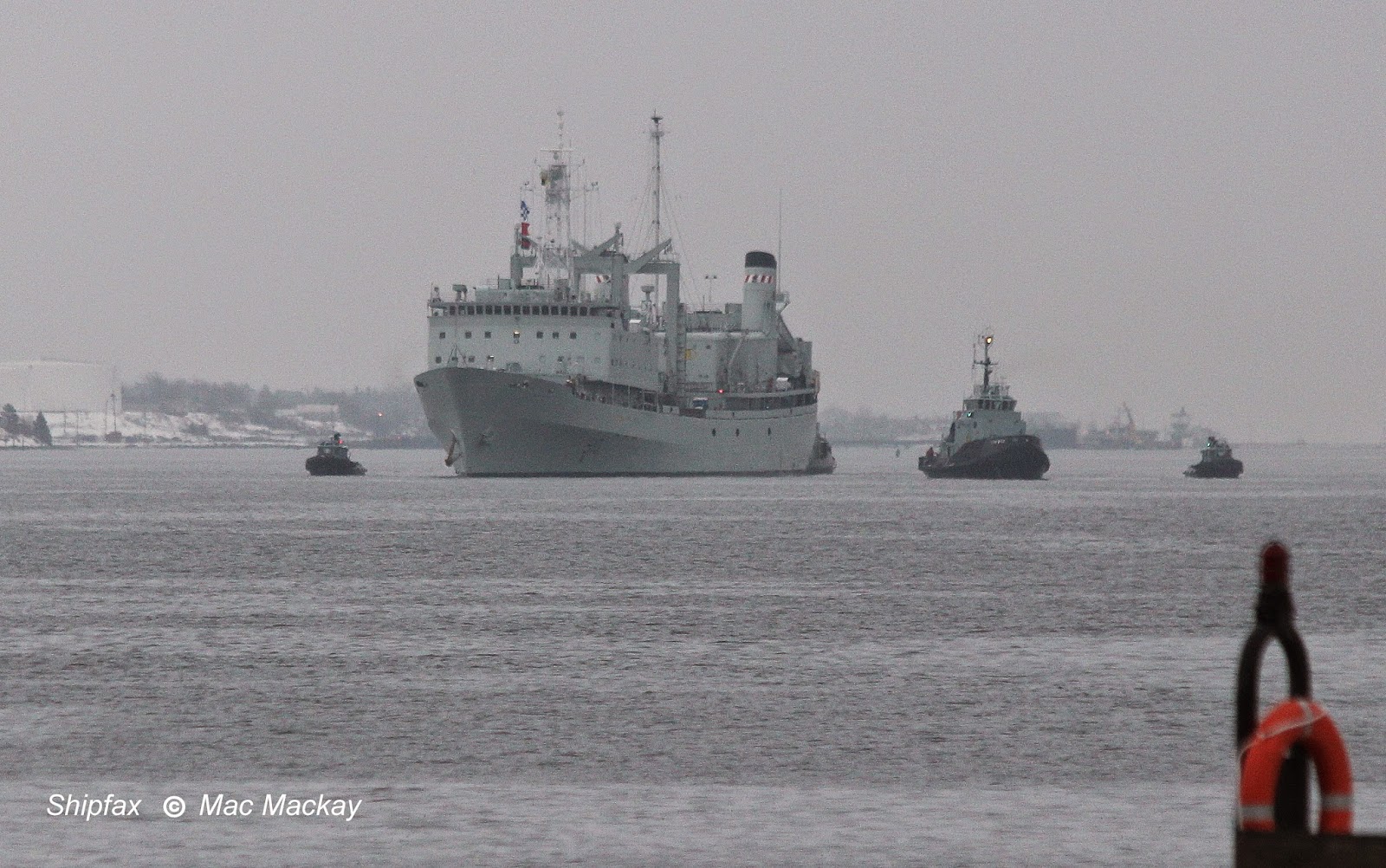 Two Glens and three Villes provide the power and direction for Preserver as it heads back to HMC Dockyard this evening.

Today's move was made as a cold move - not using the ship's own propulsion, however its auxiliaries were running, since it had radar, communication and power to deck machinery, pumps, etc., It took two Glens and three Villes to move the ship, not to mention the oil boom boat and a line crew boat. 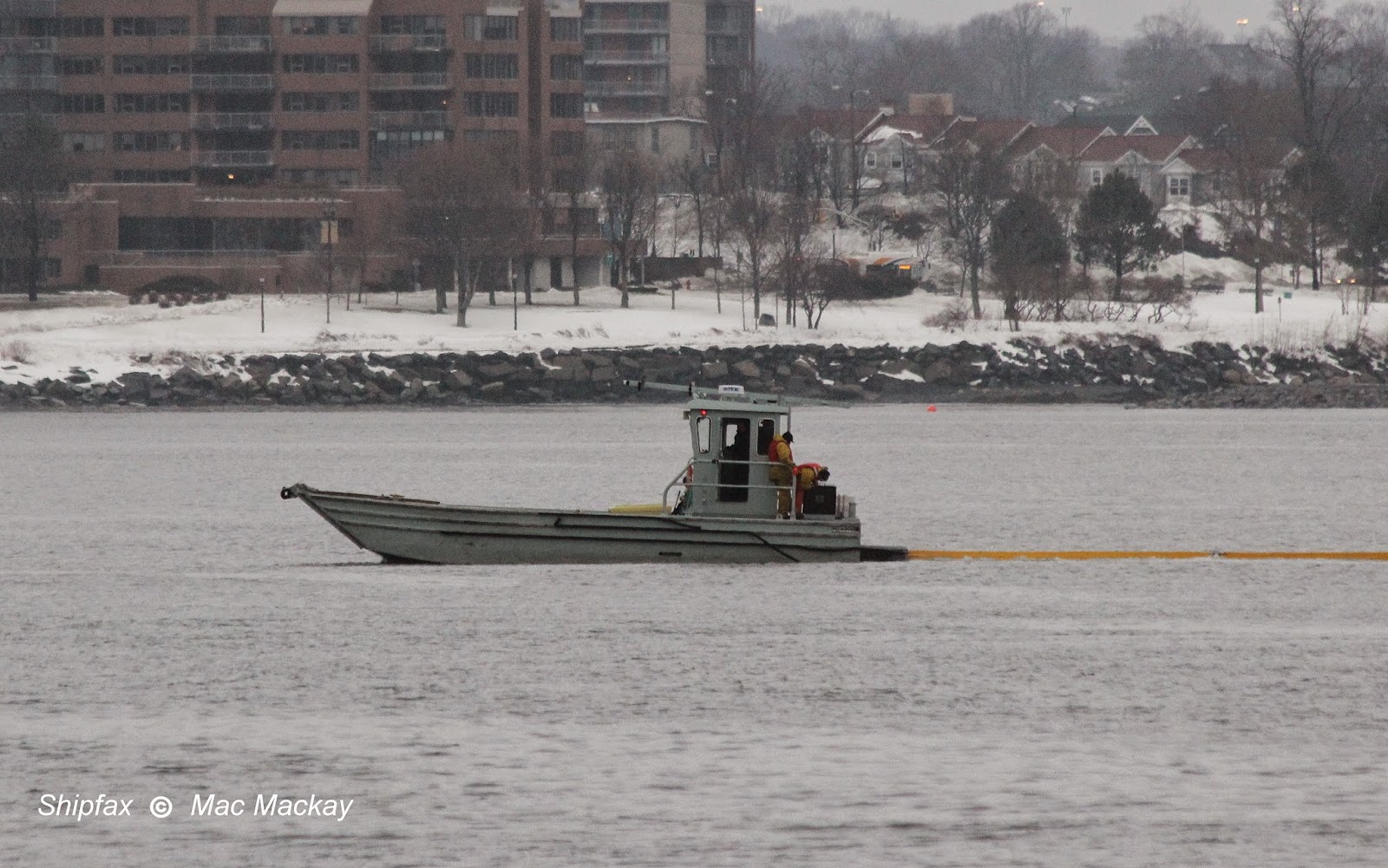 Service boat 128 tows 900 feet of oil boom from Preserver back to the Dockyard. 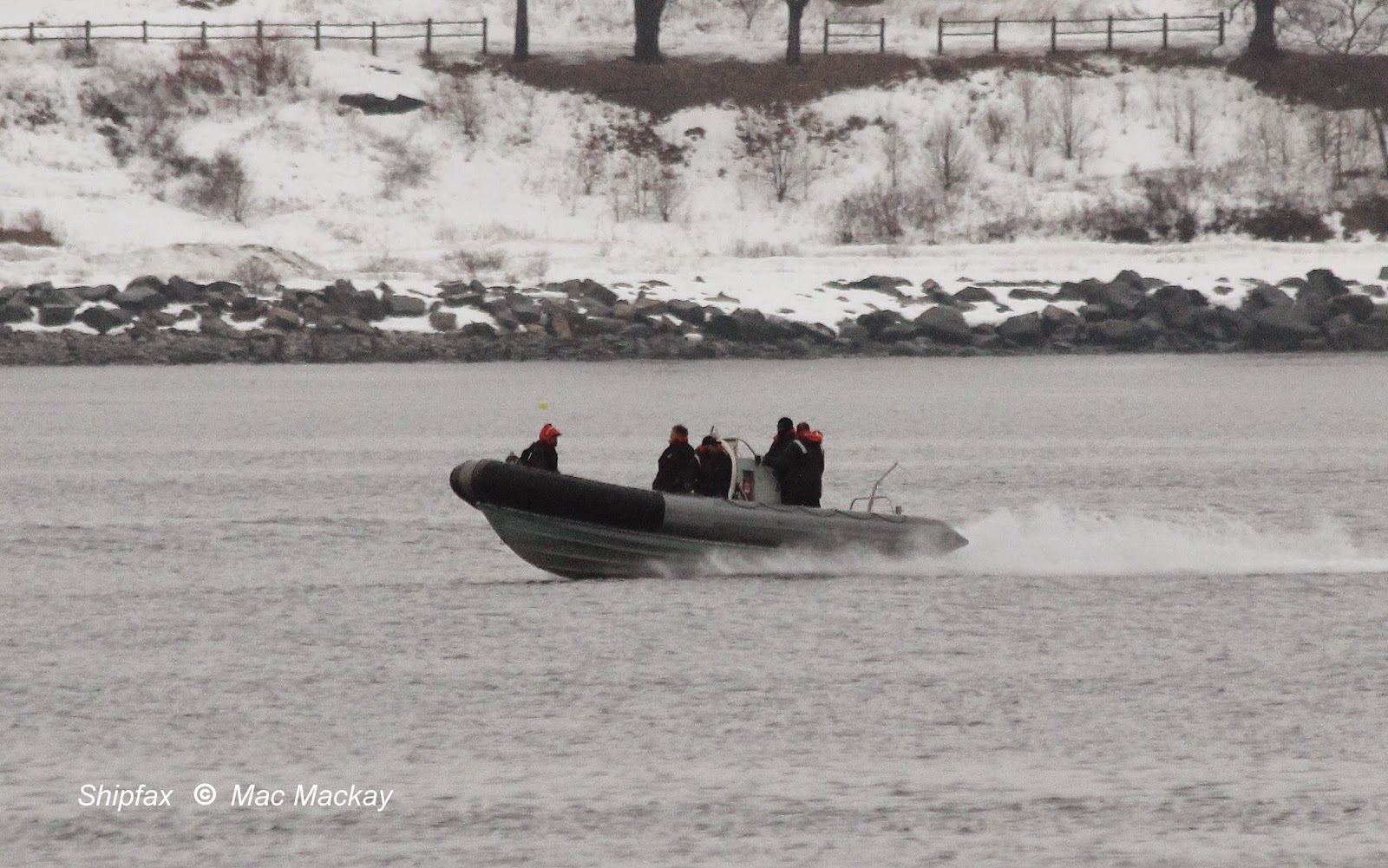 A rigid hull boat with inflatable collar carriers a squad of line handlers from the Imperial Oil pier back to HMC Dockyard. They are moving a lot more quickly than the Preserver. 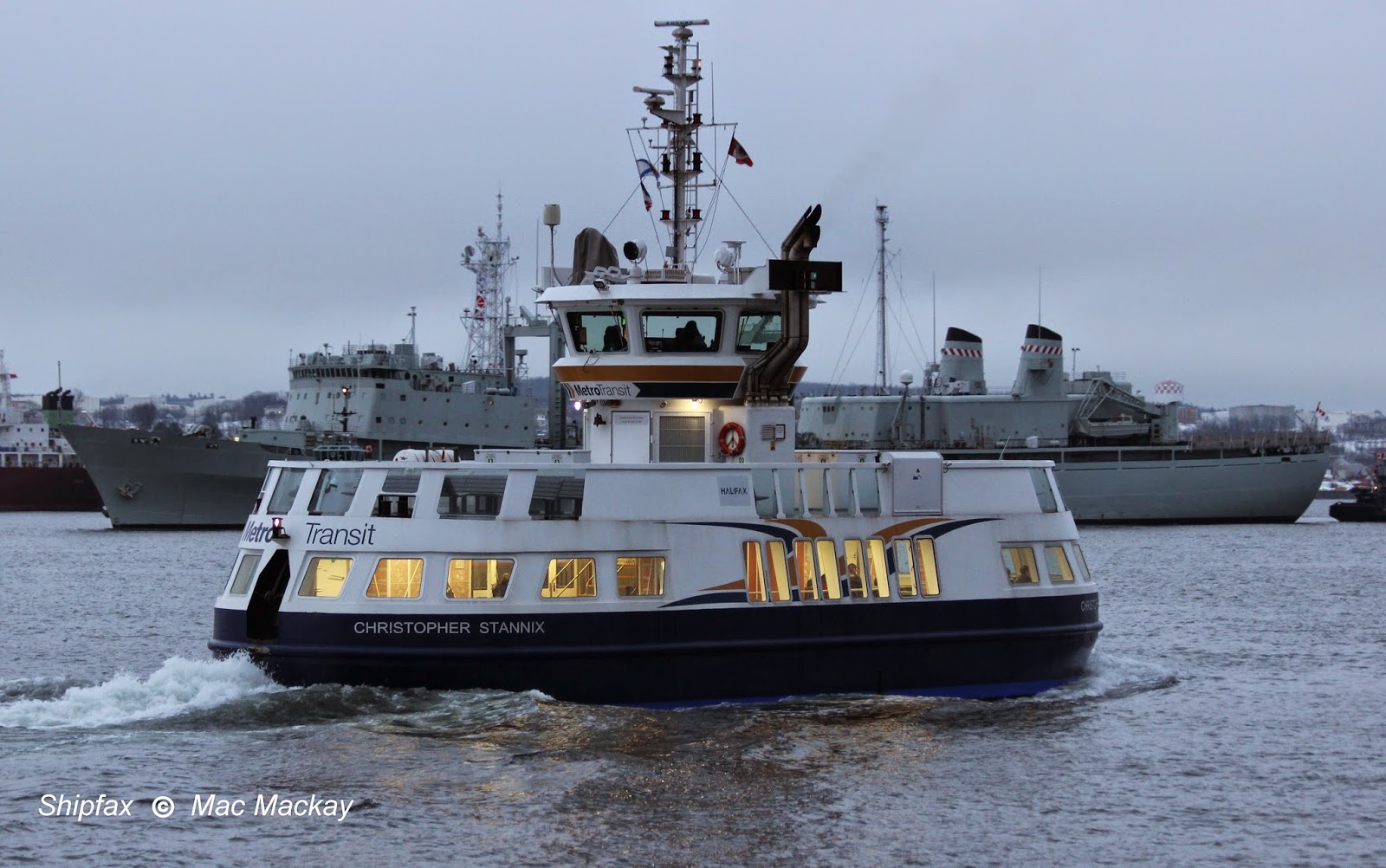 Passengers on the Woodside ferry Christopher Stannix got a good view of Preserver as it passes between the anchored Sloman Hermes and the Cable Wharf.