Halifax is an ice free port. At least on the water side it is. That is not necessarily so on the land side.

The pure truck and car carrier Toscana tied up at pier 31 first today, and unloaded some cranes and other RoRo cargo before heading to Autoport. 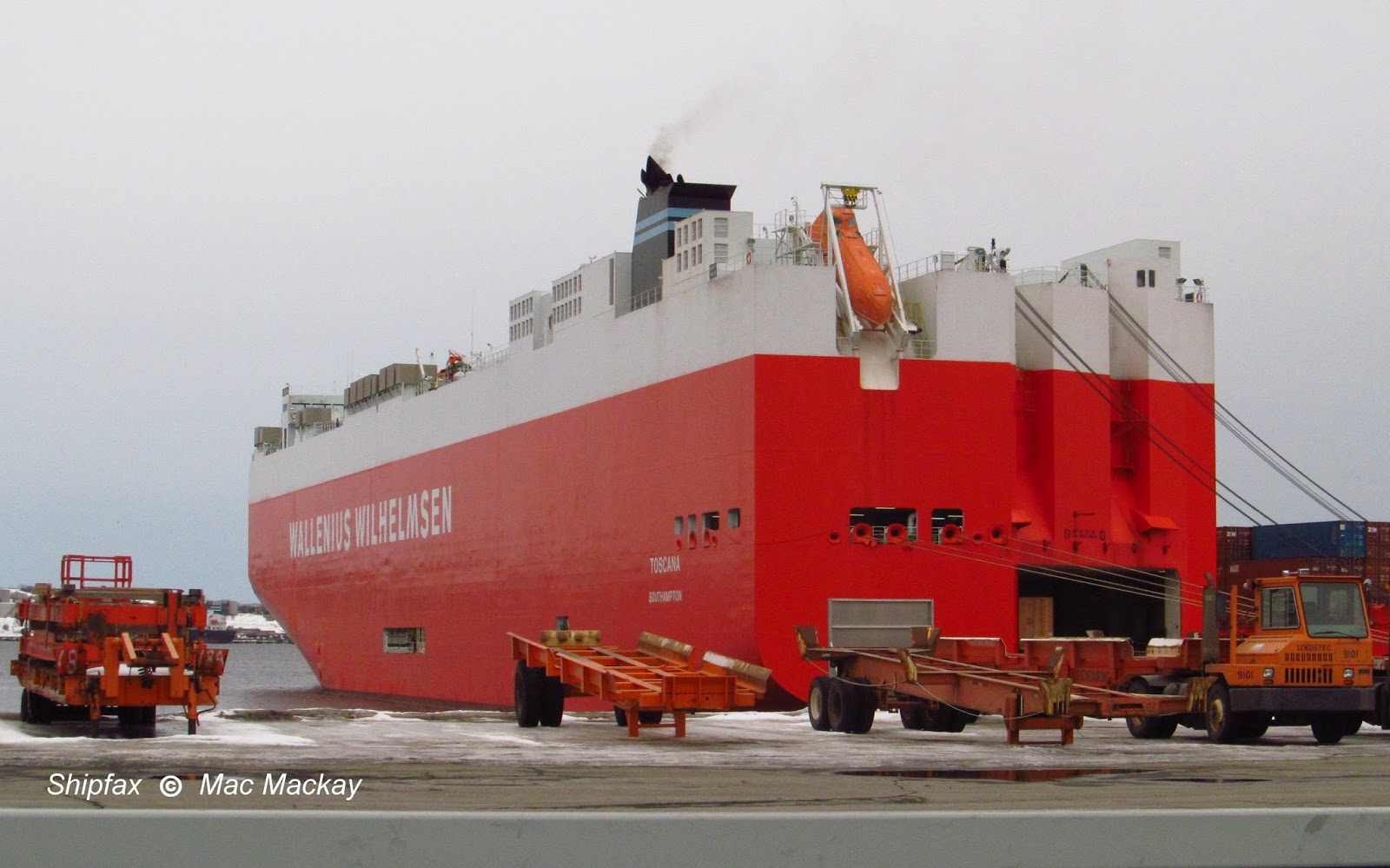 The main laneways are clear at the deepwater piers, and traffic can flow unencumbered. 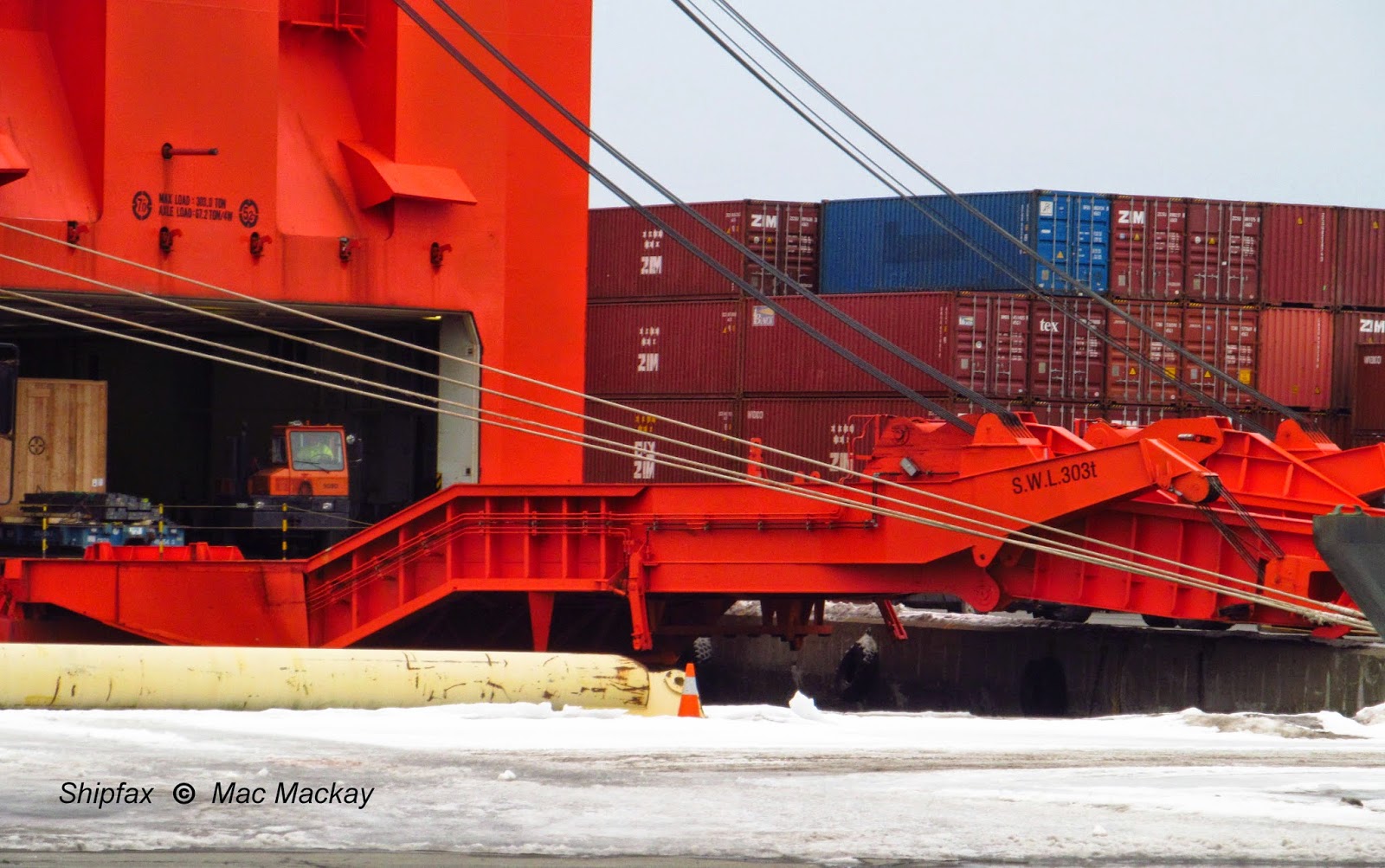 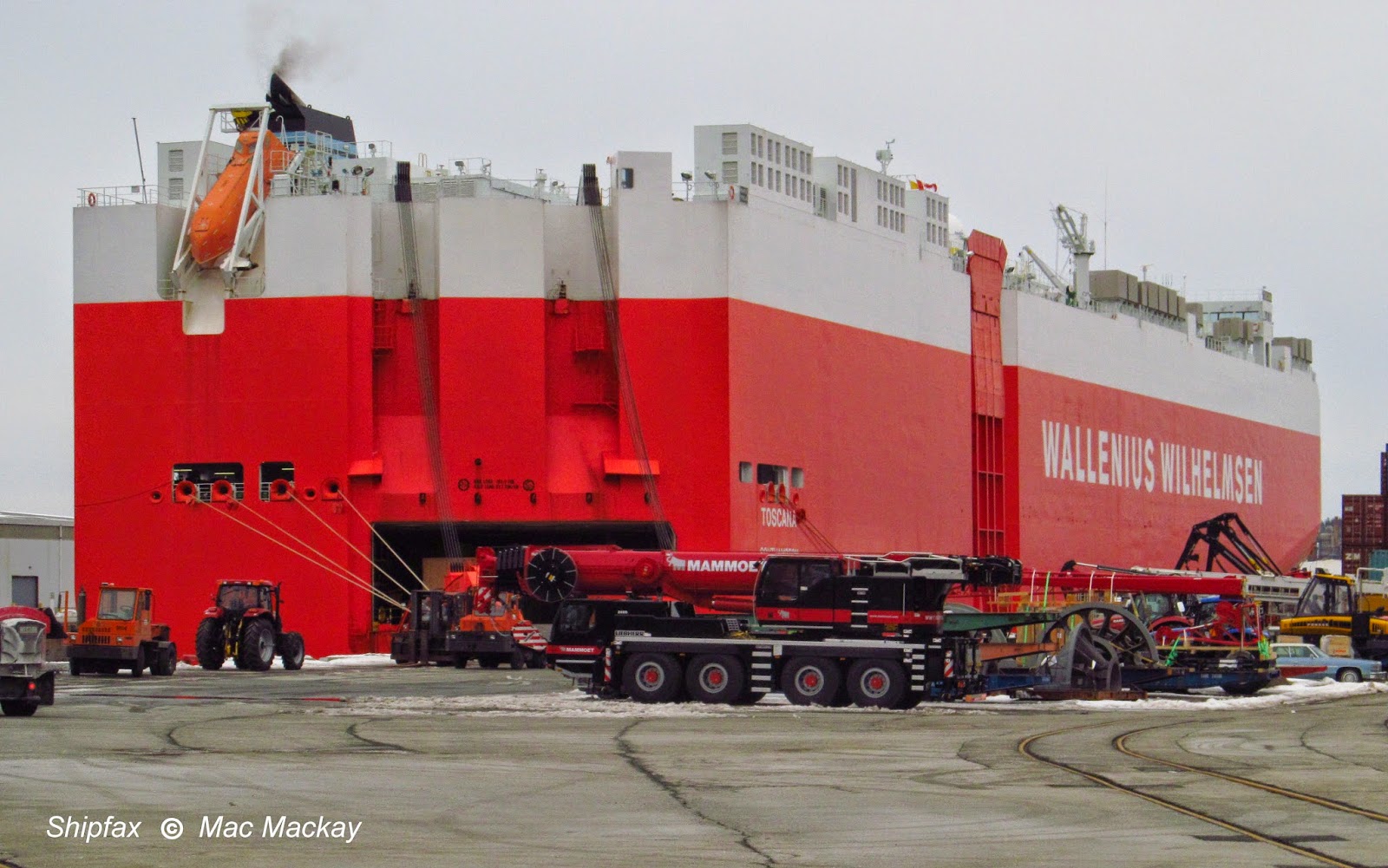 Any vehicles that have been stationary for any time however, are likely to be iced in.

Reports from Autoport indicate that more than 10,000 cars are frozen in place there, and so they will remain until they thaw out naturally. The risk of damage is too great to take any measures to release them until nature cooperates. Therefore few cars are leaving the port by rail, and with two ships due with more cars the managers are scrambling to find free space. CBC News reported that they are using the Canadian Forces Base Shearwater, having run out of space on Autoport property.

Toscana was built by Mitsubishi, Nagasaki in 2009 and is registered in the UK for Wilhelmsen Lines Car Carriers of Southampton. Measuring 61,328 grt, it has a capacity of 6,354 cars, but can carry heavier and larger RoRo cargo such trucks and machinery. It runs within the Wallenius Wilhelmsen pool of car carriers.