CCGS Ann Harvey in from the Gulf

The parade of icebreakers in from the Gulf of St.Lawrence continued today with the arrival of CCGS Ann Harvey. The ship was reported last week in ice between Ste.Barbe and Blanc Sablon, trying to free the ferry Apollo, but getting stuck herself. 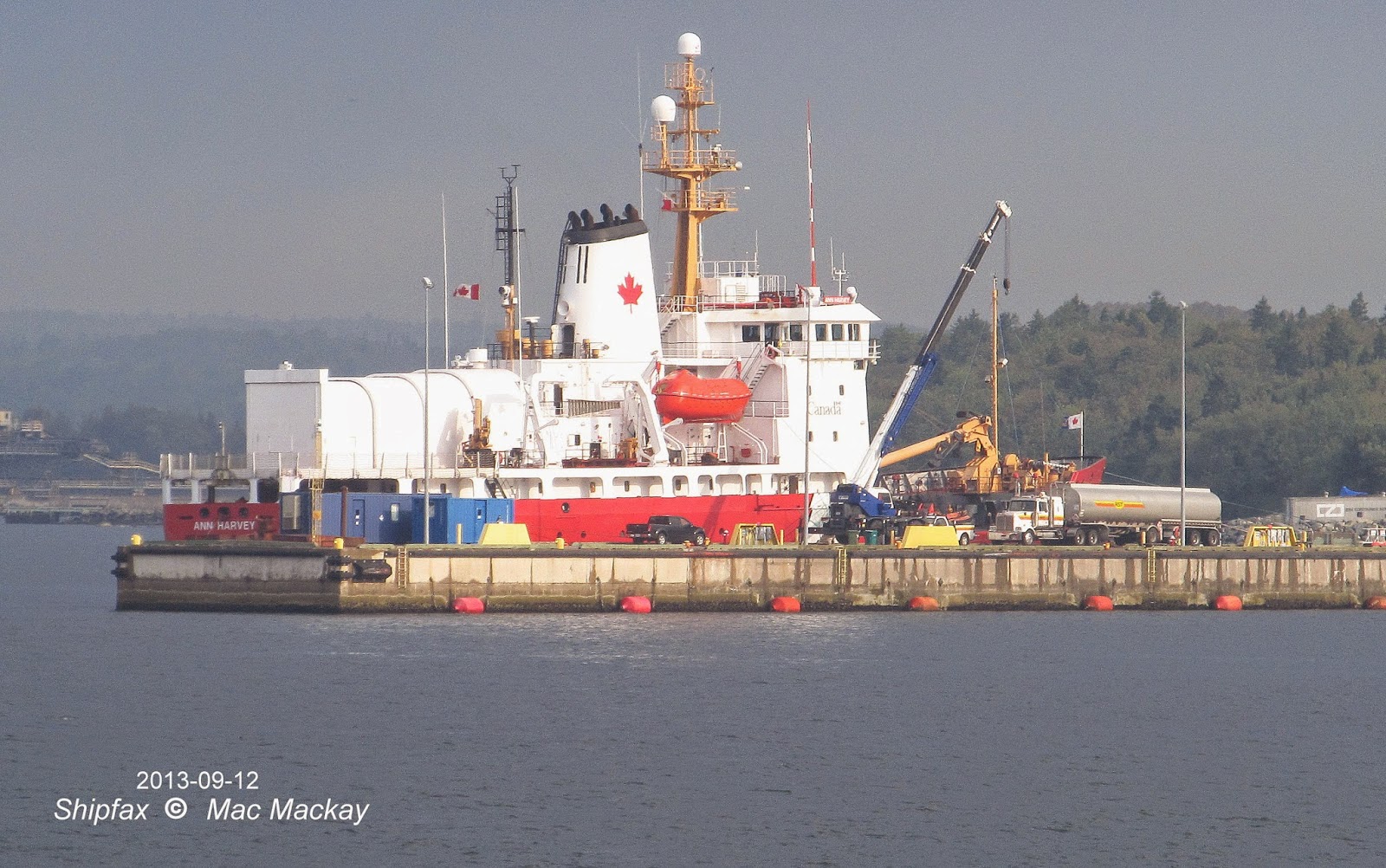 On the ship's last appearance here, there was bright sunshine - and no snow on the ground.

Unlike her last call here in September 2013, she was not greeted with bright sun. Instead she arrived at the end of another blizzard, with Halifax re-buried under another foot of snow on top of the mountains already here.There was no commercial traffic in the harbour this morning, with high winds deterring arrivals earlier in the day.

For more on the ship: http://shipfax.blogspot.ca/2010/11/ann-harvey-pays-return-vist.html