Snowed under at Autoport

As previously reported, Autoport is experiencing major delays, both in shipping out automobiles by rail, but also in unloading new ones. The reason is a foot or more of what used to be snow. Several heavy rains on top of  heavy snow, and more snow on top of that, plus some melting last month has resulted in solid ice. It looks like snow, but in fact is thorough and through solid ice. 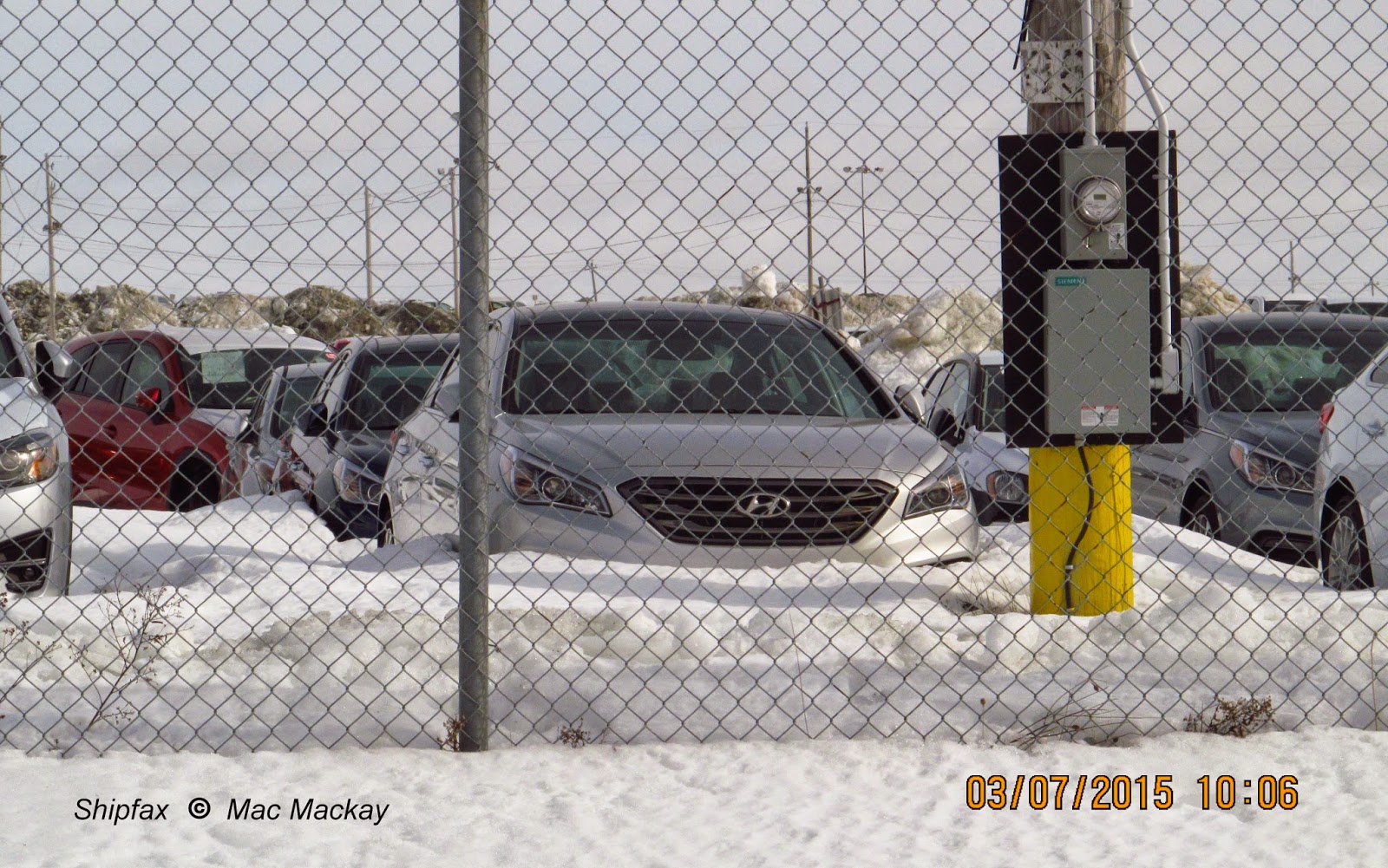 Attempting to remove it from parked cars would be sure to cause damage, and therefore the car storage areas are full of iced in cars that will have to wait for spring to thaw out.
Not only that but the arrivals area is also full of iced in cars. New cars arriving by ship must be driven, one at a time, several miles to temporary storage areas at Canadian Forces Base Shearwater, and that takes a lot more time than the short drive from the ship to the normal receiving area. 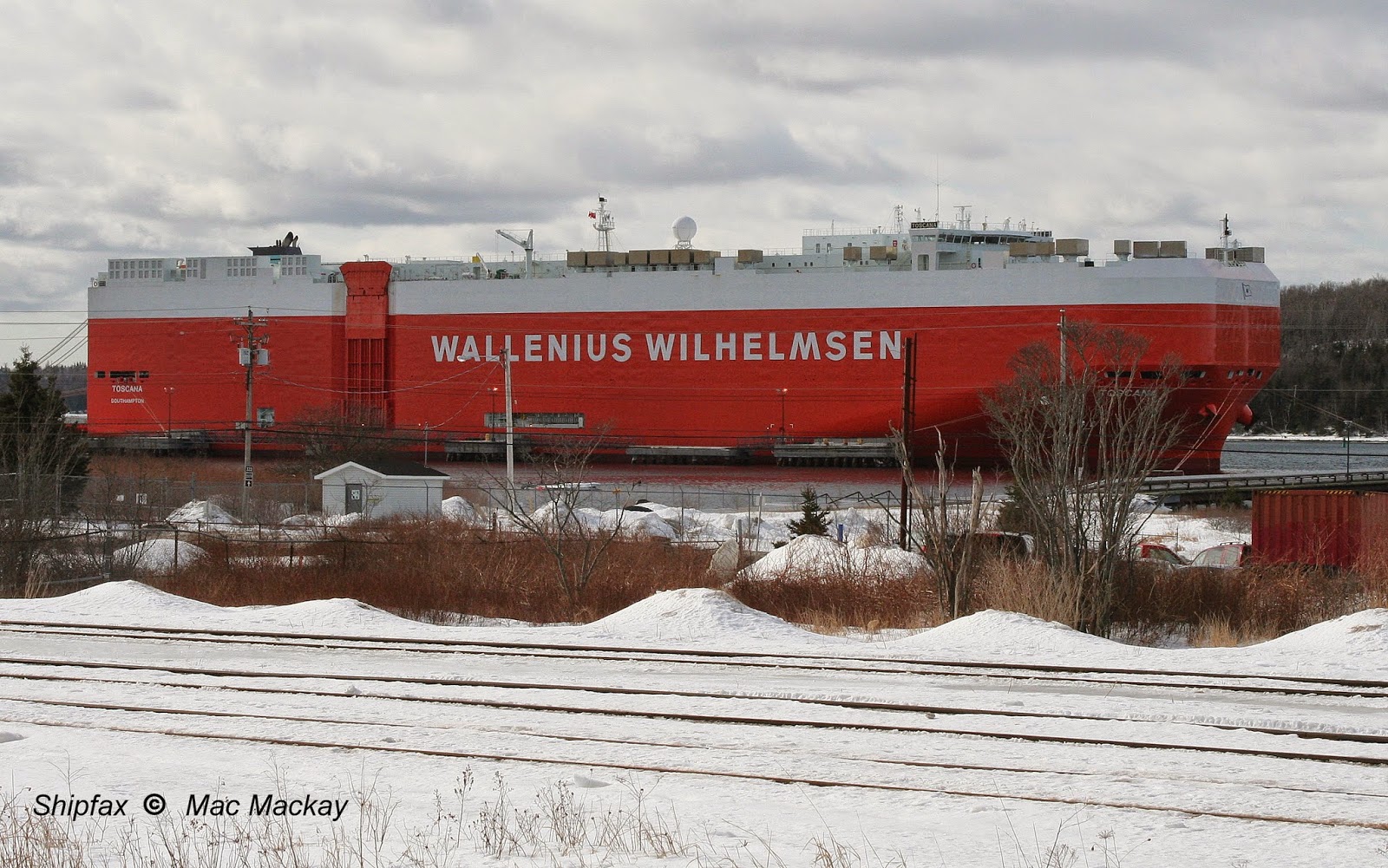 Toscana at Autoport was painfully slow to unload.

Toscana arrived Thursday, unloaded at pier 31, then moved to Autoport. It was finally able to sail this afternoon, after taking two full days or more to unload. The operation would normally take one working day. 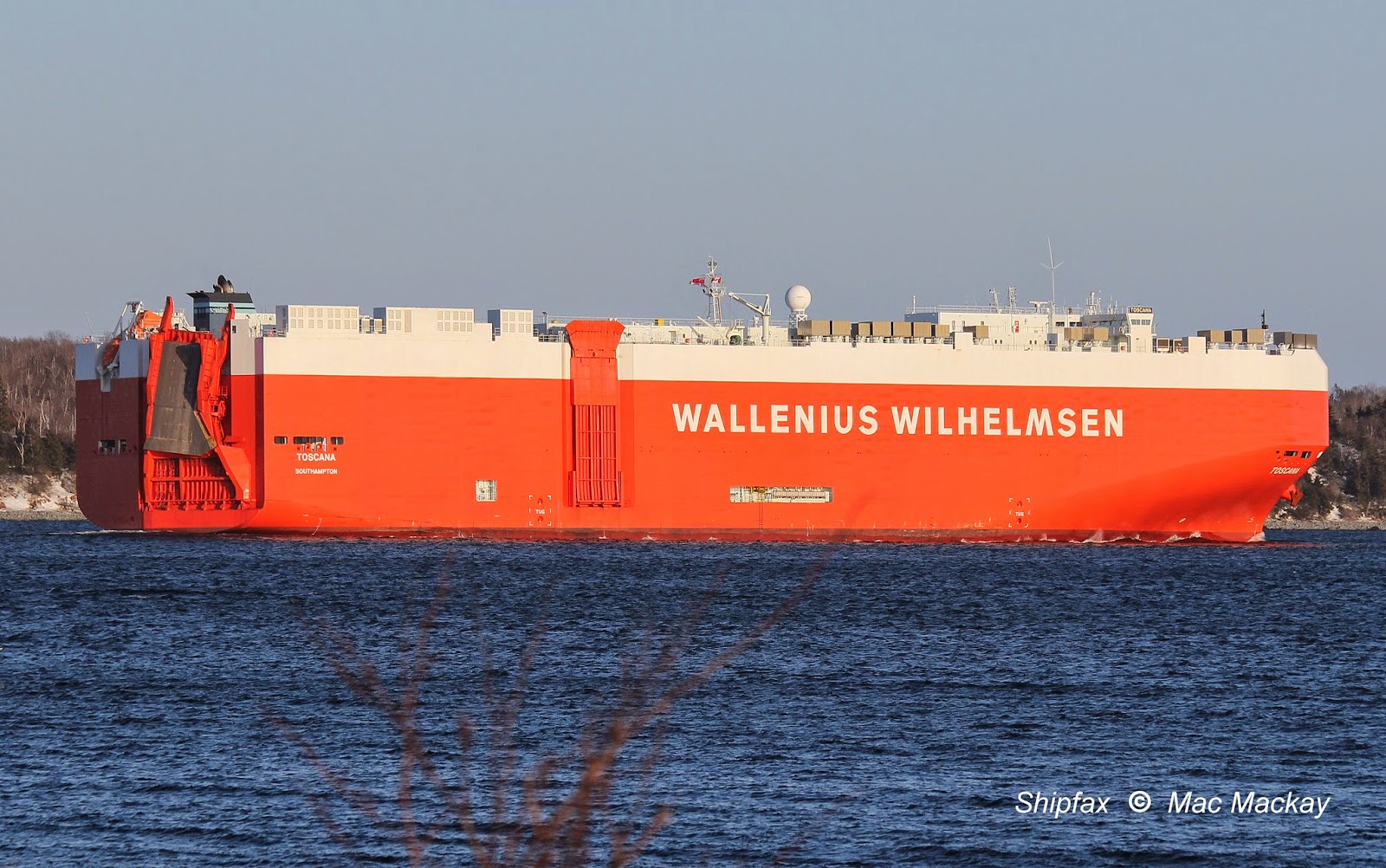 Finally able to sail this afternoon, the ship shows off a fairly fresh coat of paint.

The next ship due was Apollon Leader, and after waiting at anchor four twenty-four hours, upped anchor and sailed for the US Friday afternoon. Whether it will come back here to unload its cargo is doubtful- two more ships are due.