Always committed to reporting on the activities of Halifax Harbour, Shipfax took life in hand and walked to the waterfront today. Harbour business had returned to normal, even if the landside conditions were still a challenge.

The ferries were running again today. They did not run yesterday - not due to any navigational issues, but simply because Halifax transit cancelled all bus operations, and people were encouraged to stay at home. Most offices and businesses were closed, and it was dangerous to be outdoors during near blizzard conditions. 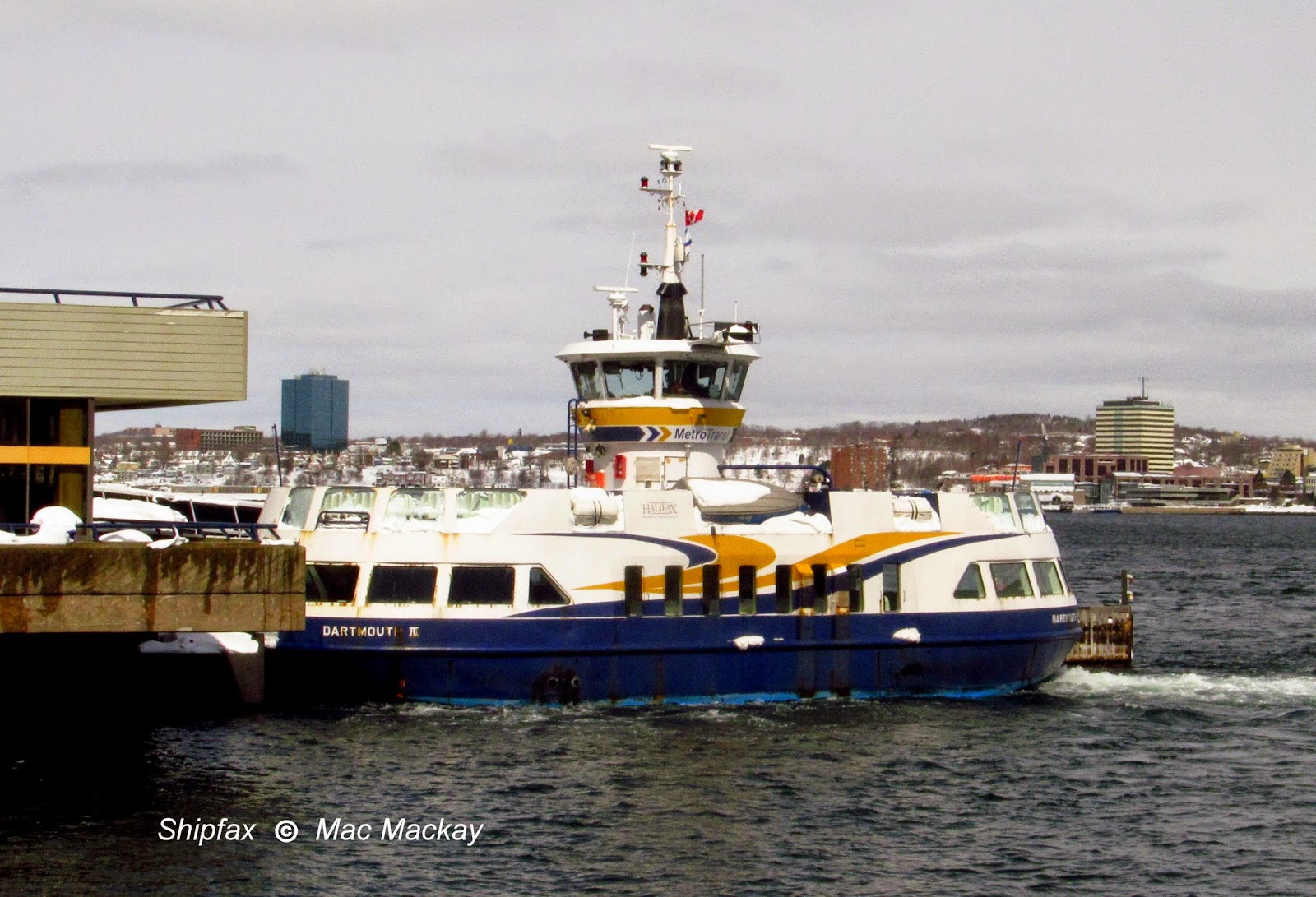 Dartmouth III at the Halifax dock, still carrying a load of snow around the upper deck.

Update on Movements:
The autocarrier Opal Ace did not arrive this morning, allowing Tosca to move over to Autoport as planned.
[see Tosca in the background in one of today's Tugfax photos]

Redhead was thus able to move to pier 27 at noon time:

Redhead met the tugs Atlantic Larch (bow) and Atlantic Willow (stern) off the Cable Wharf, then made a wide swing east around George's Island to align with pier 27. From the position of the tugs, the ship would be berthing stern in, to provide shelter for work on the prop. 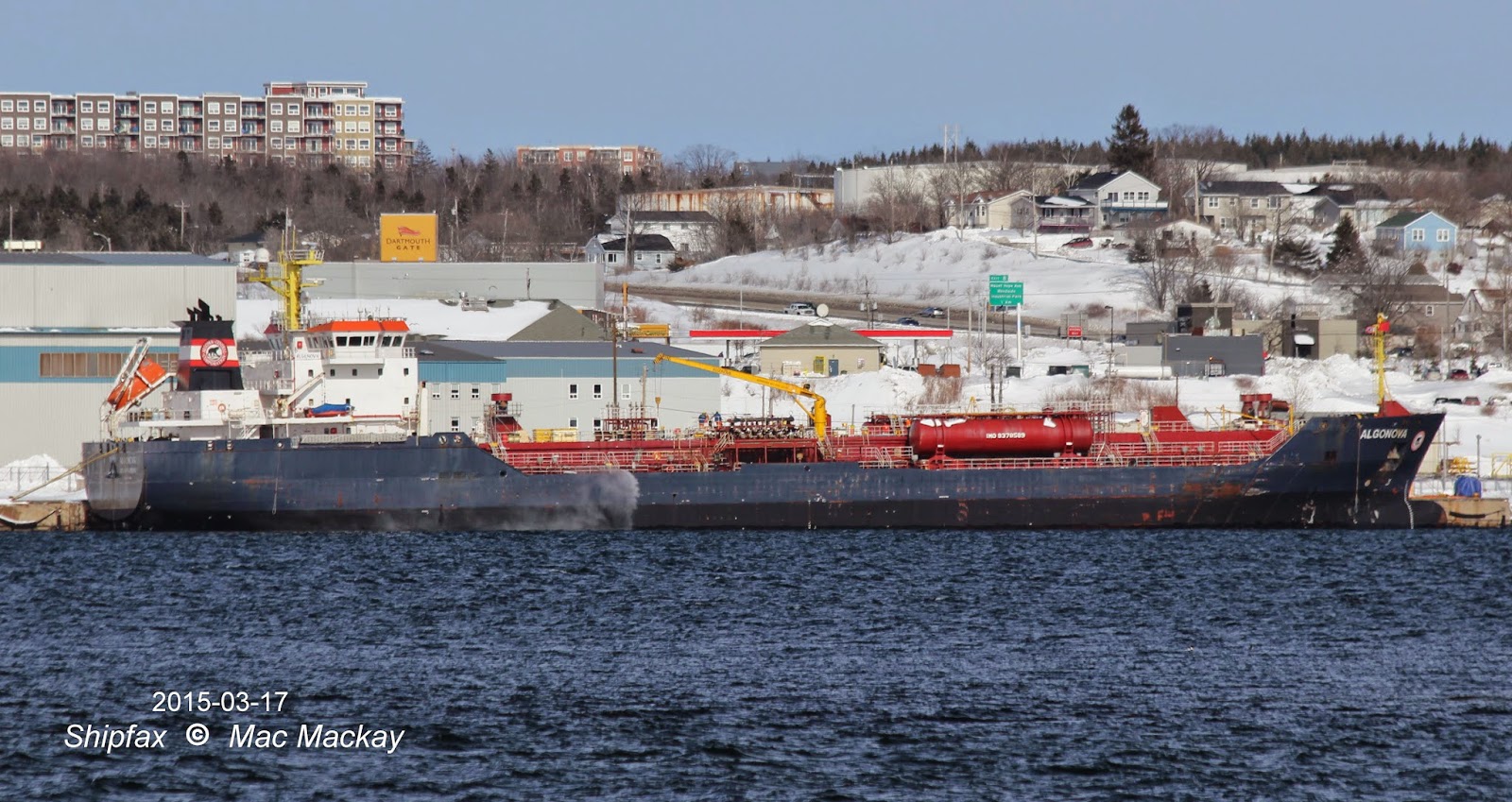 Algonova got away from the IEL dock after maintenance. 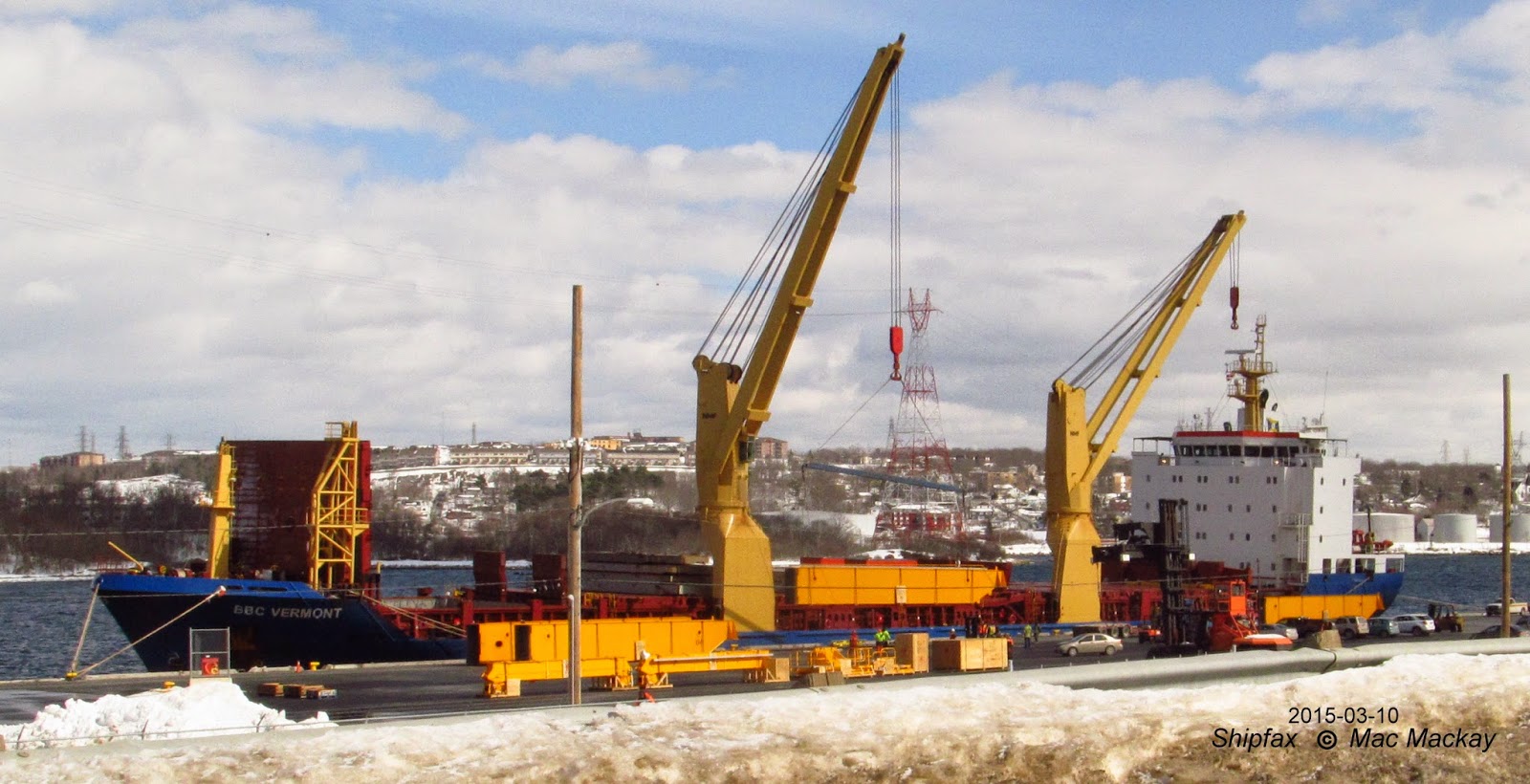