Ferries go off course - on purpose

The harbour ferries plow their furrows back and forth across the harbour day in and day out. Although any of the four current ferries may operate on either the Halifax - Alderney or the Halifax - Woodside route, they seldom vary their courses unless it is too avoid other harbour traffic. Even then they invariably arrive at their terminals to do it all over again.

Today was an exception as the boats took turns docking at the Svitzer Canada wharf (previously ECTUG, MILTug and Foundation Mariitmes). This surprise docking did not effect passengers - the re-routings took place during the morning post-rush hour schedule, when two ferries were on time-off from their usual runs, but it may have puzzled a few waterfront idlers. 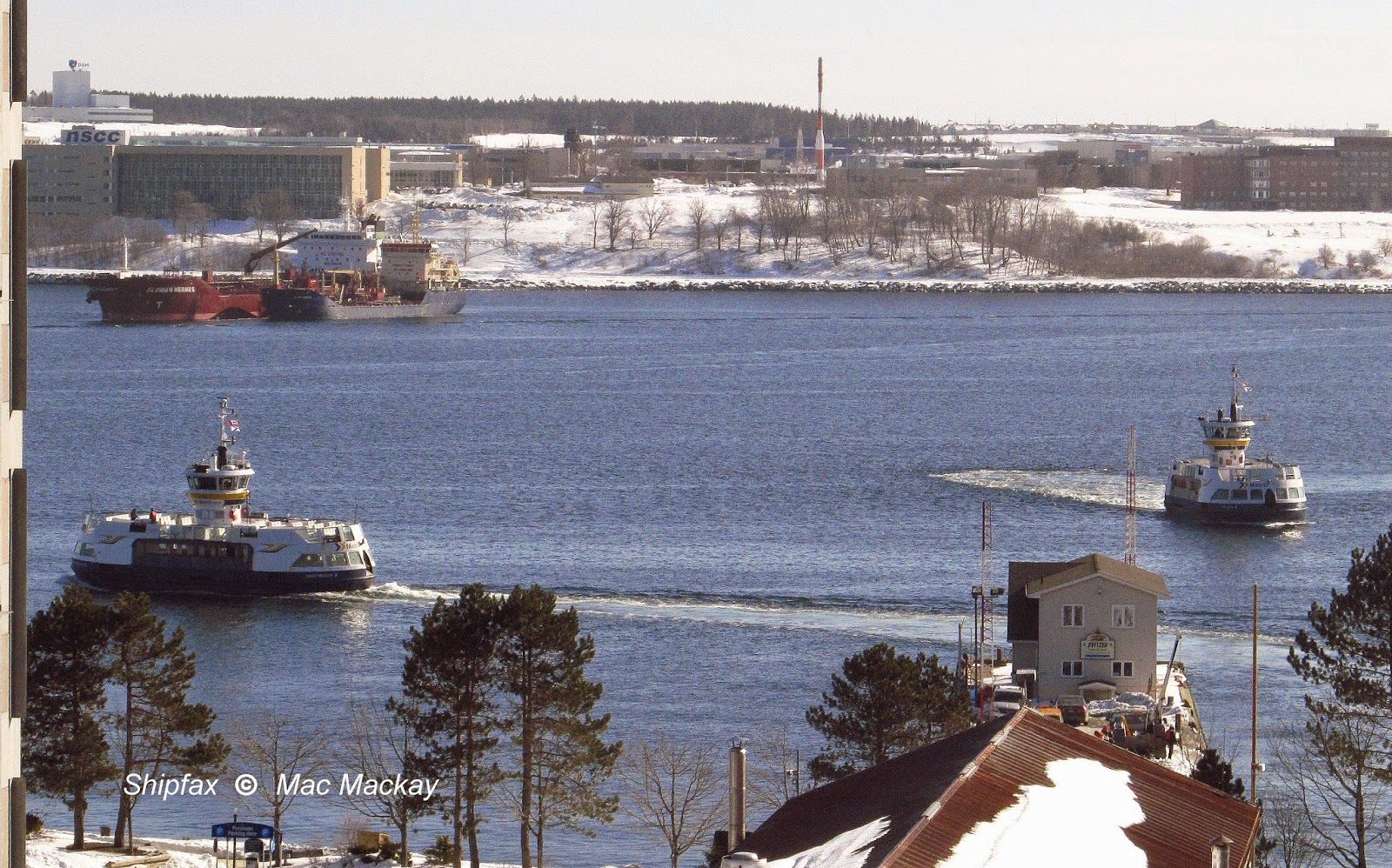 Dartmouth III gets away and Halifax III approaches the Svitzer Canada dock.

The reason for the visit to Svitzer, was that the Halifax Transit could use a boom truck to remove liferaft capsules for servicing and replace them with fresh ones. This servicing is required on a regular basis but there was no convenient way to do it at Dartmouth-Alderney Landing due to snow accumulation on the docks. 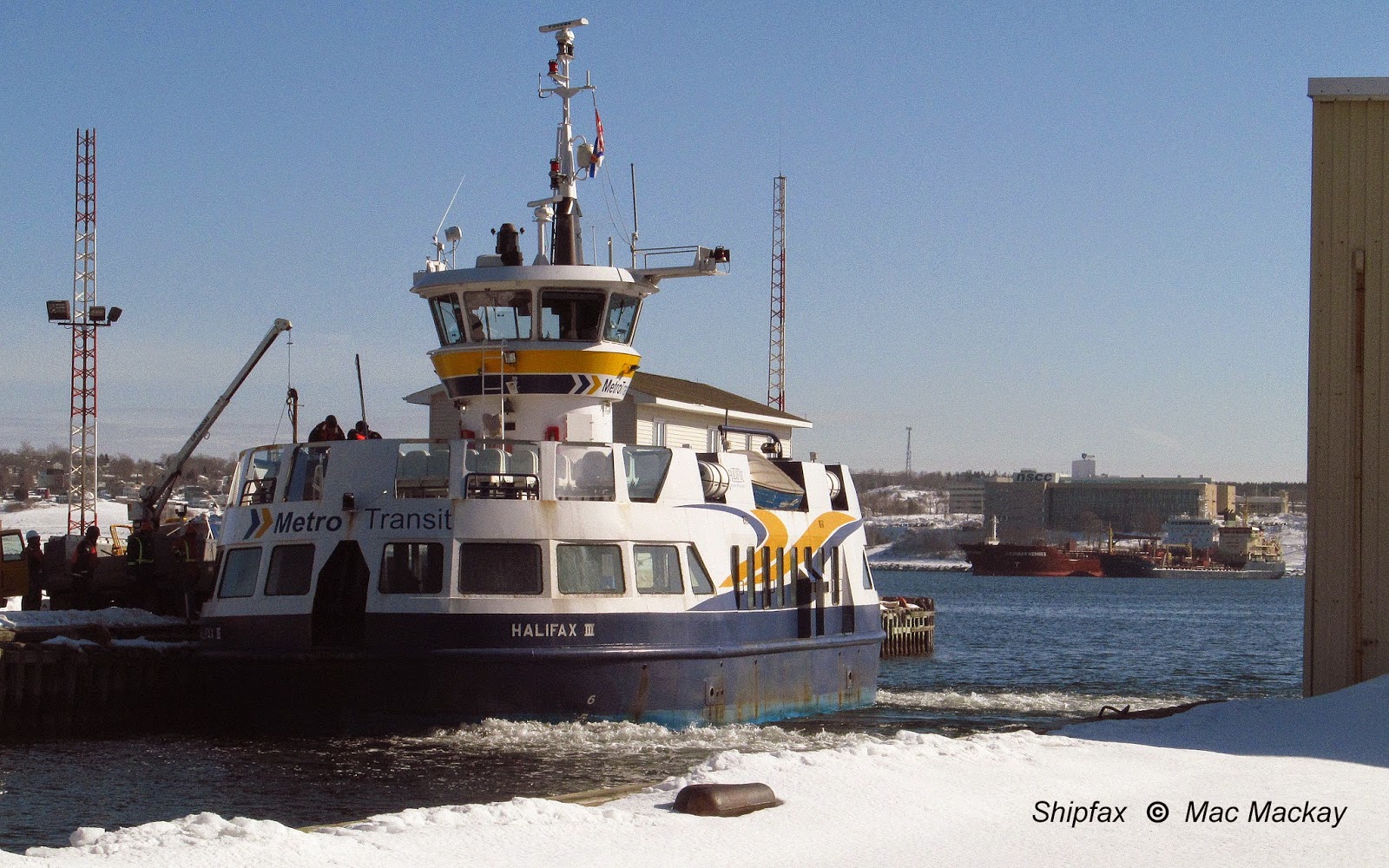 Halifax III in an unusual spot, but an easy one for a boom truck to lift off life raft capsules.
In the background Algoma Dartmouth bunkers the tanker Sloman Hermes.