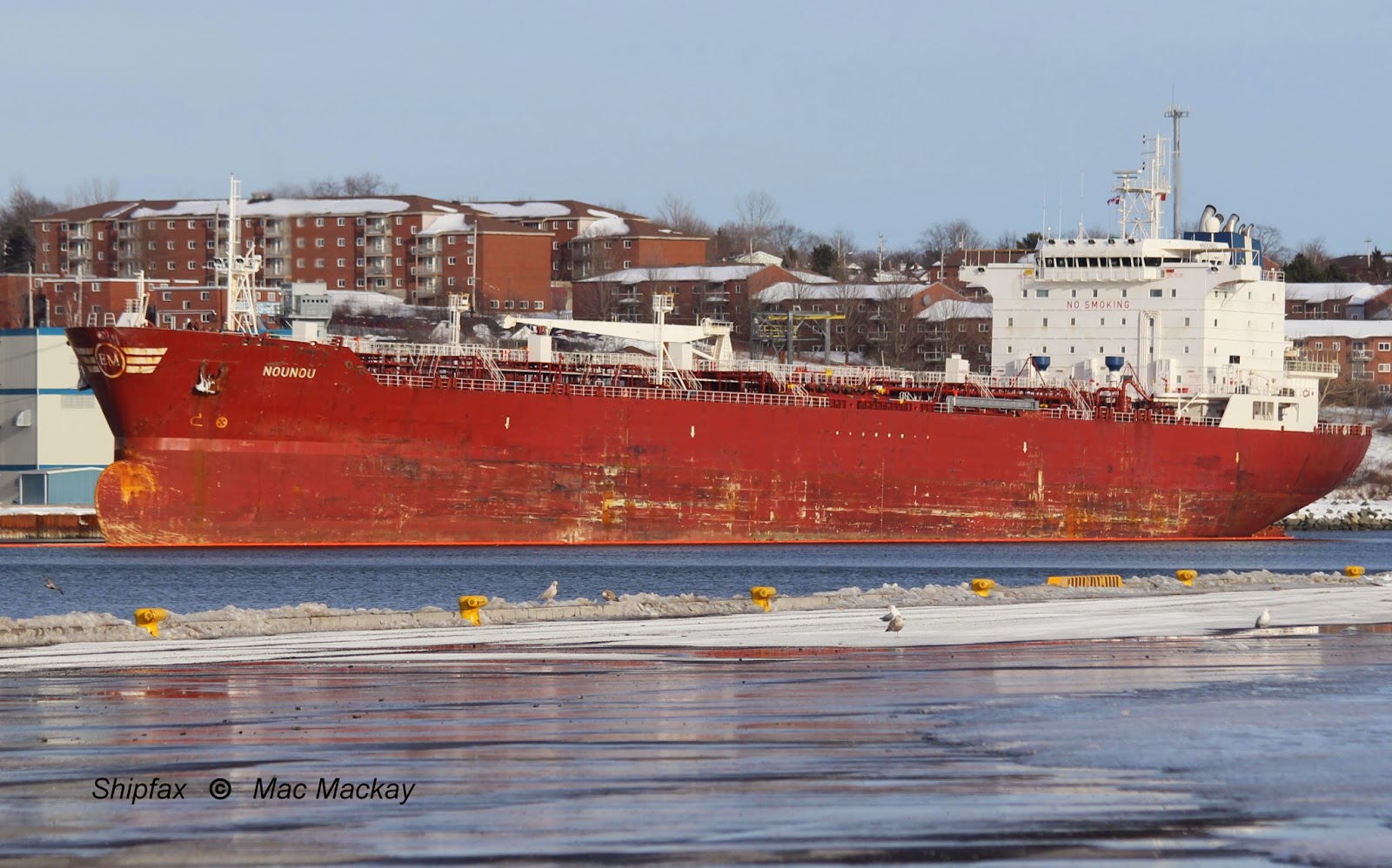 Nounou rides high after unloading. In the foreground a typical Halifax horizontal surface-mostly a skating rink.

The intriguingly named Nounou completed unloading at Nova Scotia Power, [see yesterday's post] and will move out to anchor tomorrow to take bunkers. I have searched high and low for an explanation of its name and nothing I have found makes sense to me.

The first Minerva Nounou riding high as it arrives for bunkers in 2002.