Maersk Palermo, port side to this time

From time to time the weekly Maersk ships tie up at Halterm port side to. Most ships tie up there starboard side to, since it makes for an easier departure, with only one tug. However Maersk ships seem to be the occasional exceptions.

Maersk Palermo used two tugs to get away this afternoon, as it needed to back away from pier 42 as the inbound Zim Beijing was tying up at pier 41. 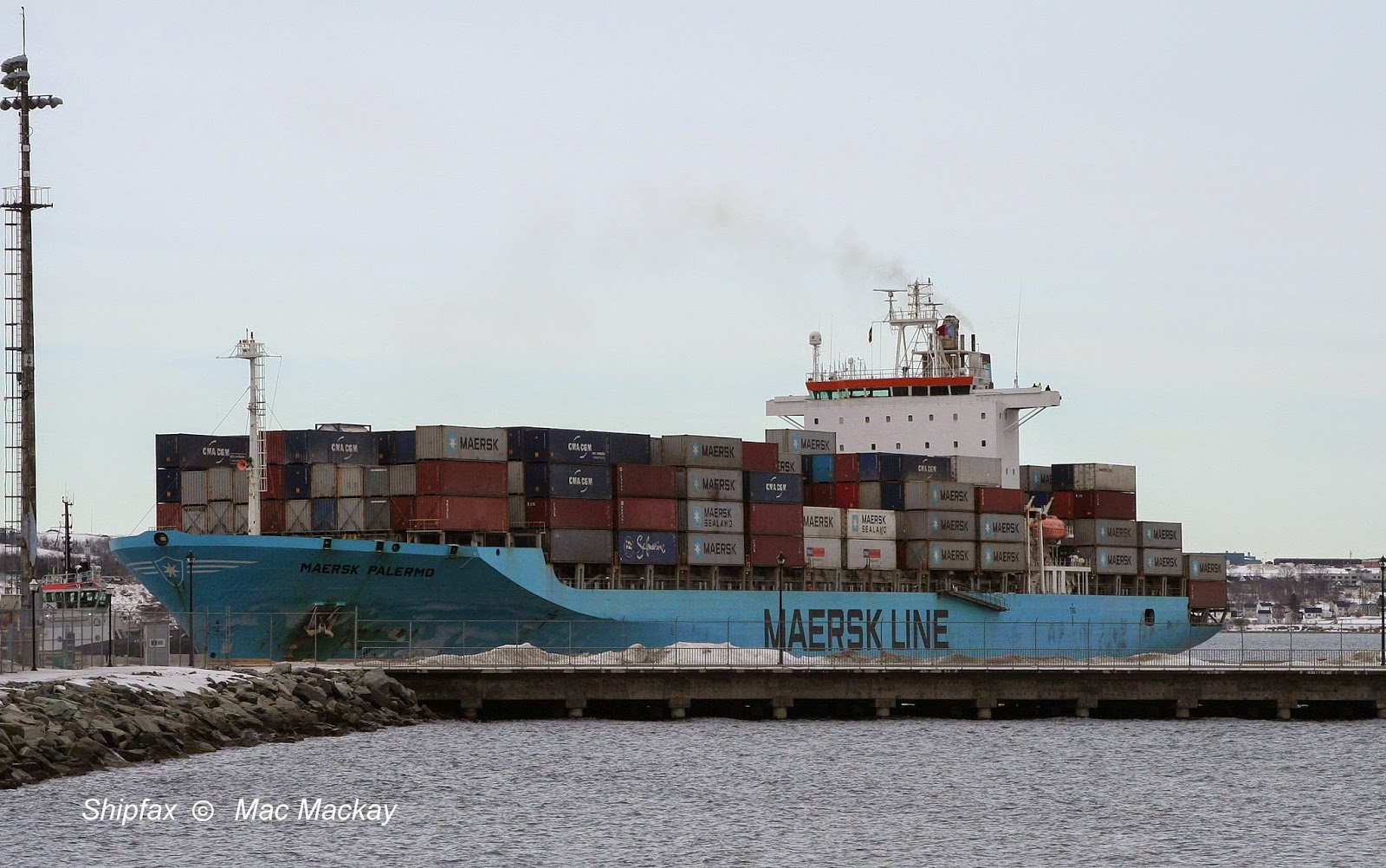 Maersk Palermo has backed off pier 42. 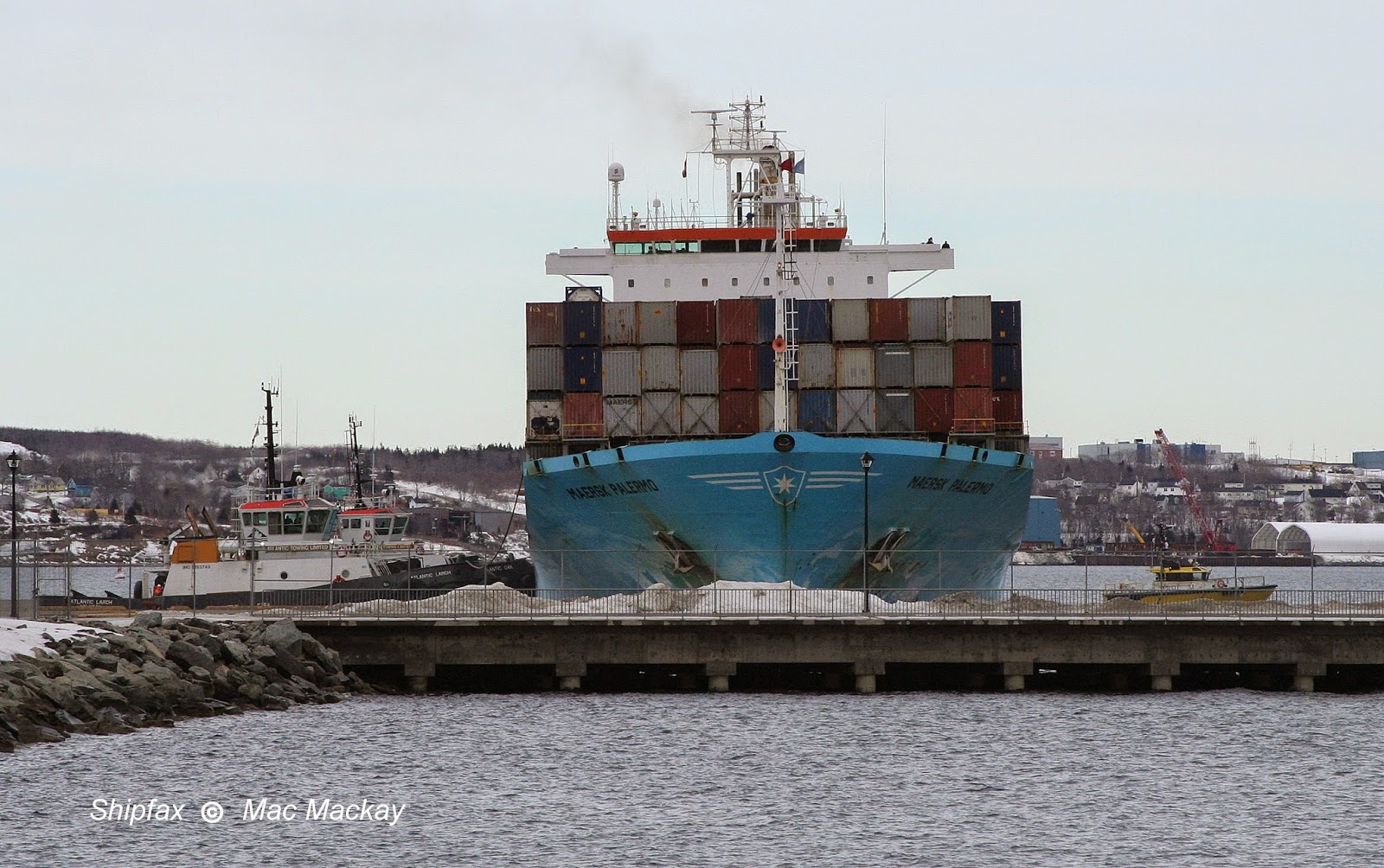 It is rare to get a bow-on shot of a ship in Halifax. Note the offset bridge. 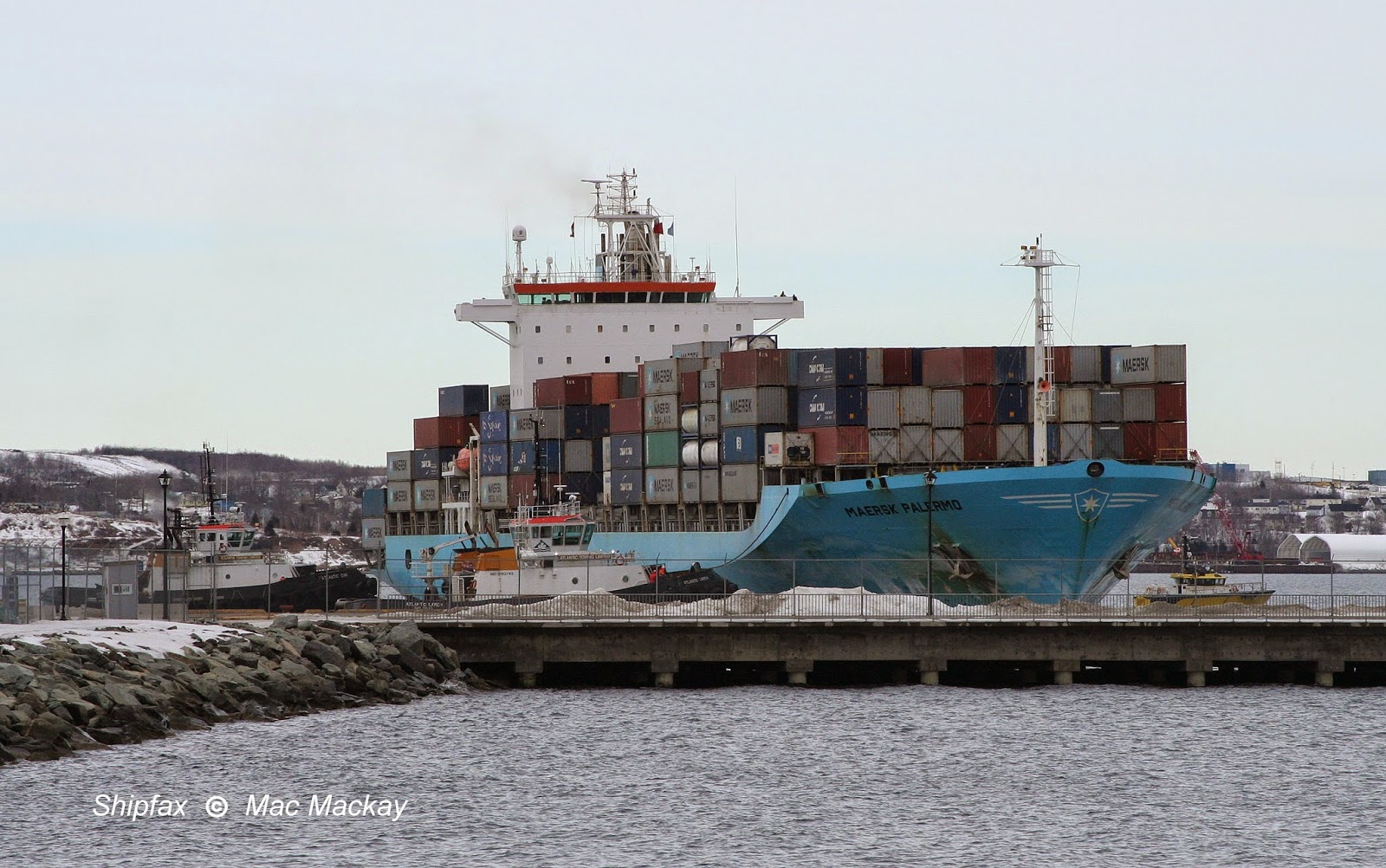 Once the ship has enough swing to clear the end of Halterm, the bow tug Atlantic Larch lets go, but the stern tug Atlantic Oak continues to pull. The pilot boat Chebucto Pilot is standing by. 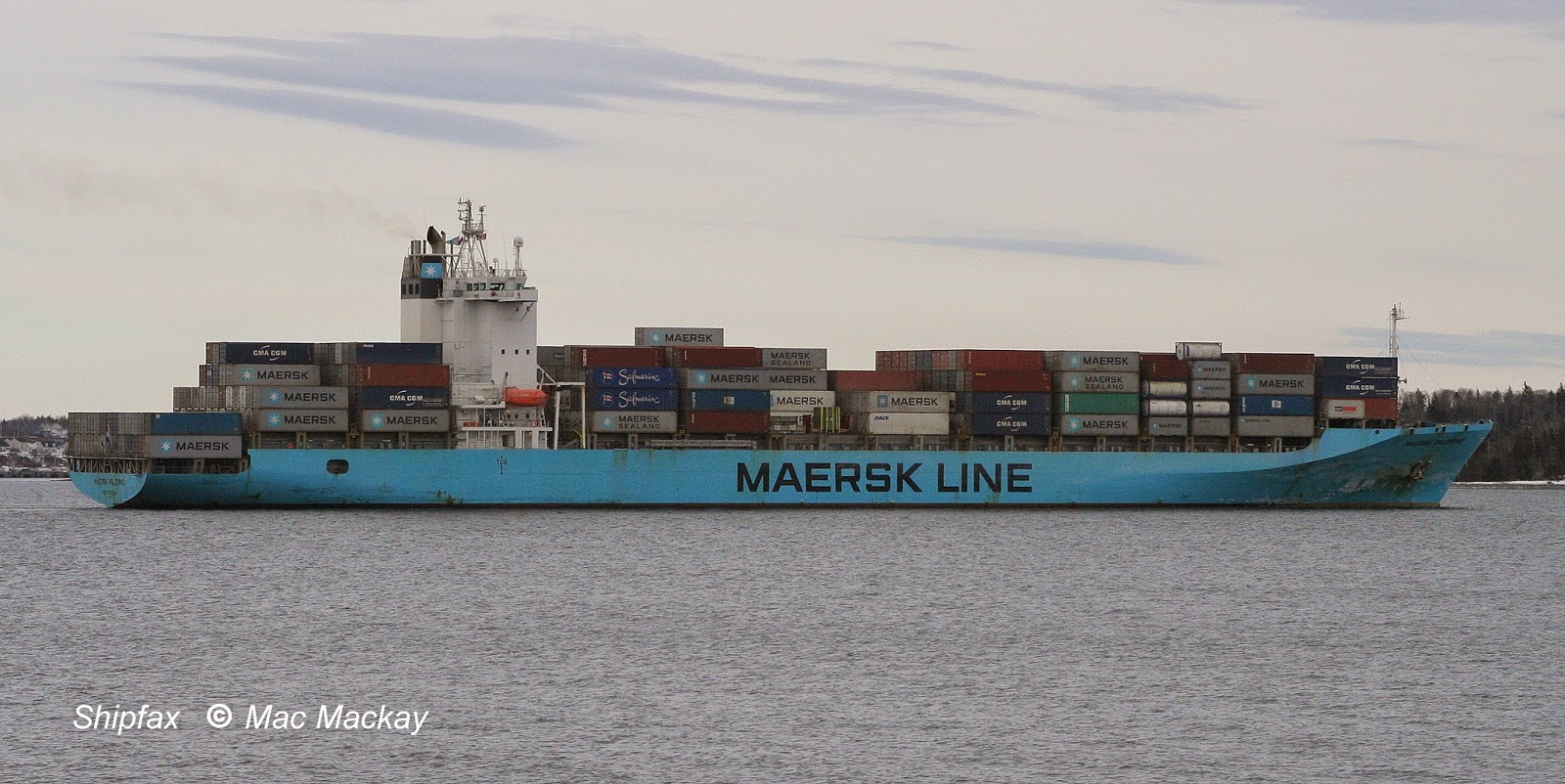 Outbound, under a leaden sky - the precursor to an overnight blizzard.