The prominent drumlin in the centre of Halifax, surmounted by the Halifax Citadel, a national historic site, was the namesake for a large Canadian bulk carrier. Citadel Hill was the ship's fifth name, however.
The actual hill itself was built up from the remains of glacial sediment to accommodate the star shaped Citadel with its moats and battlements. Intended to counter the French fortress of Louisbourg by its British builders, it instead never fired a shot in anger and has become home to a military museum and and is one of the most visited tourist attractions in eastern Canada.


The ship named for the hill started out named for a river, as a Norwegian bulker called Amasone at Furness Shipbuilding, Haverton Hill, UK where it was launched in 1967. However the owner defaulted, and the yard sold the ship to A/S Thor Dahl, also of Norway and it was renamed Thorsdrake on delivery.  A gearless ship, it measured 29,249 grt, 48,700 dwt, and was powered by a Harland + Wolff main engine of 18,300 bhp.

In 1975 Upper Lakes Shipping (ULS) secured the contract to transport ilmenite ore from the Quebec Iron + Titanium mine at Havre-St-Pierre to Sorel-Tracy, QC. A subsidiary, Leitch Transports acquired the Thorsdrake and renamed it Cape Breton Highlander. It arrived in Halifax March 11, 1975 to prepare for the season.(John D. Leitch was the owner of Upper Lakes Group.)
The ship wore a basic red funnel with black cap, and a unique house flag. A gold mammoth with an ivory tusk, on a blue oval on a white background.

In 1979 the ship was sent to Saint John Drydock and Shipbuilding where it was converted to a self-unloader. Now measuring 24,740 grt, 52,654 dwt, it was renamed Canadian Highlander and ownership was in the name of Upper Lakes Shipping. ULS had a fleet wide renaming at this time, with most ships acquiring the Canadian prefix.

Canadian Highlander arrives in Halifax as a self-unloader, dwarfing the tug Point Vim. 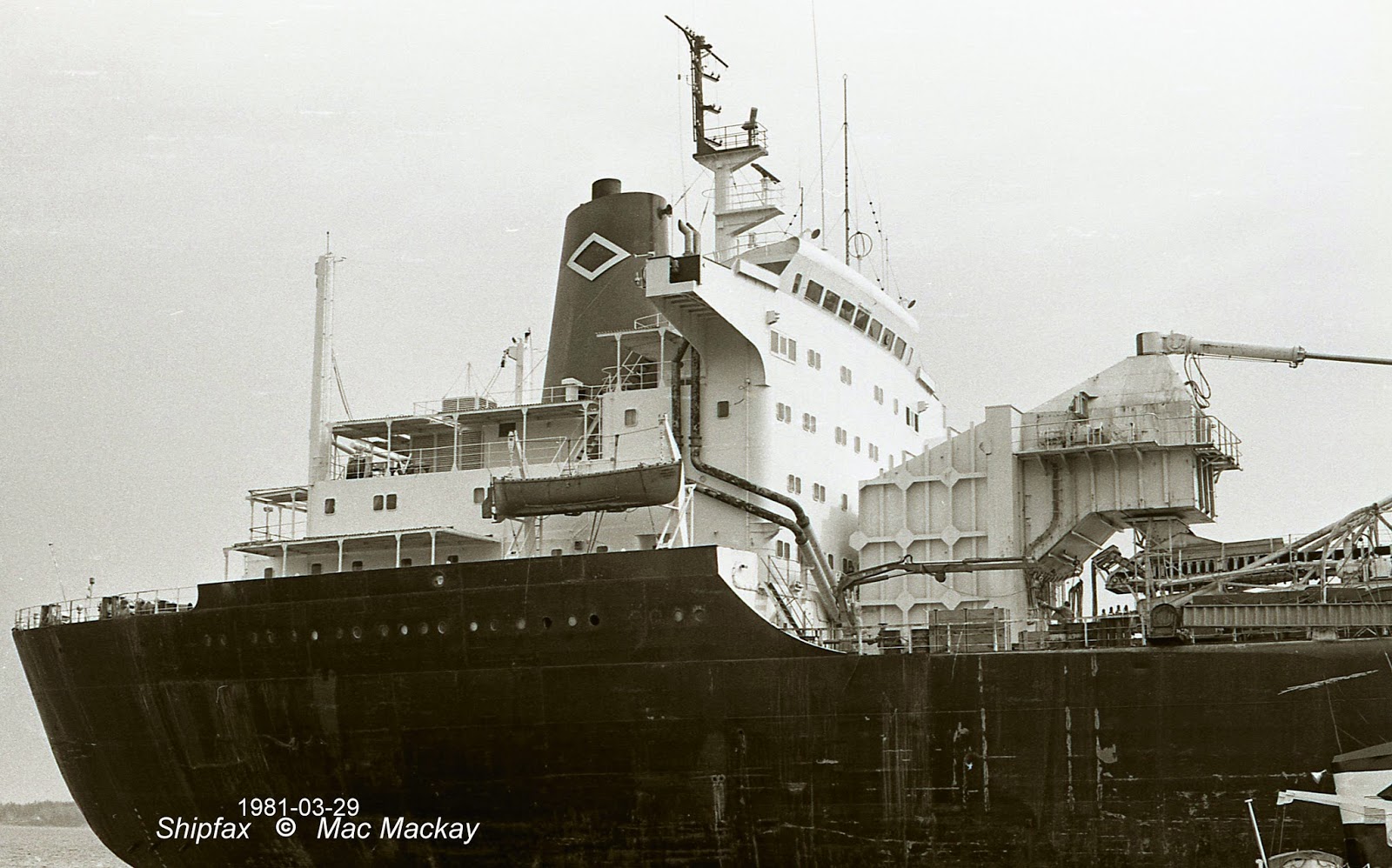 All the self-unloading apparatus was built into the after hold of the ship, and the exhaust pipes were for the motors routed under the bridge wing to clear the top of the superstructure.

In 1983 ULS moved the ship to Marbulk Carriers Ltd (managers Marbulk Shipping Ltd) registered it in Vanuatu and gave it the name Citadel Hill. Under that name it called in Halifax frequently to load gypsum, and ranged southward to the Caribbean and into the Gulf of St.Lawrence.( I have seen the ship in Tampa, FL and Belledune, NB. It then wore the blue funnel with gold seahorse, originally of Island Shipping, but later adopted by Marbulk and ULS International.

On May 3, 1994 Citadel Hill arrived off Alang, India and was delivered to shipbreakers May 12.