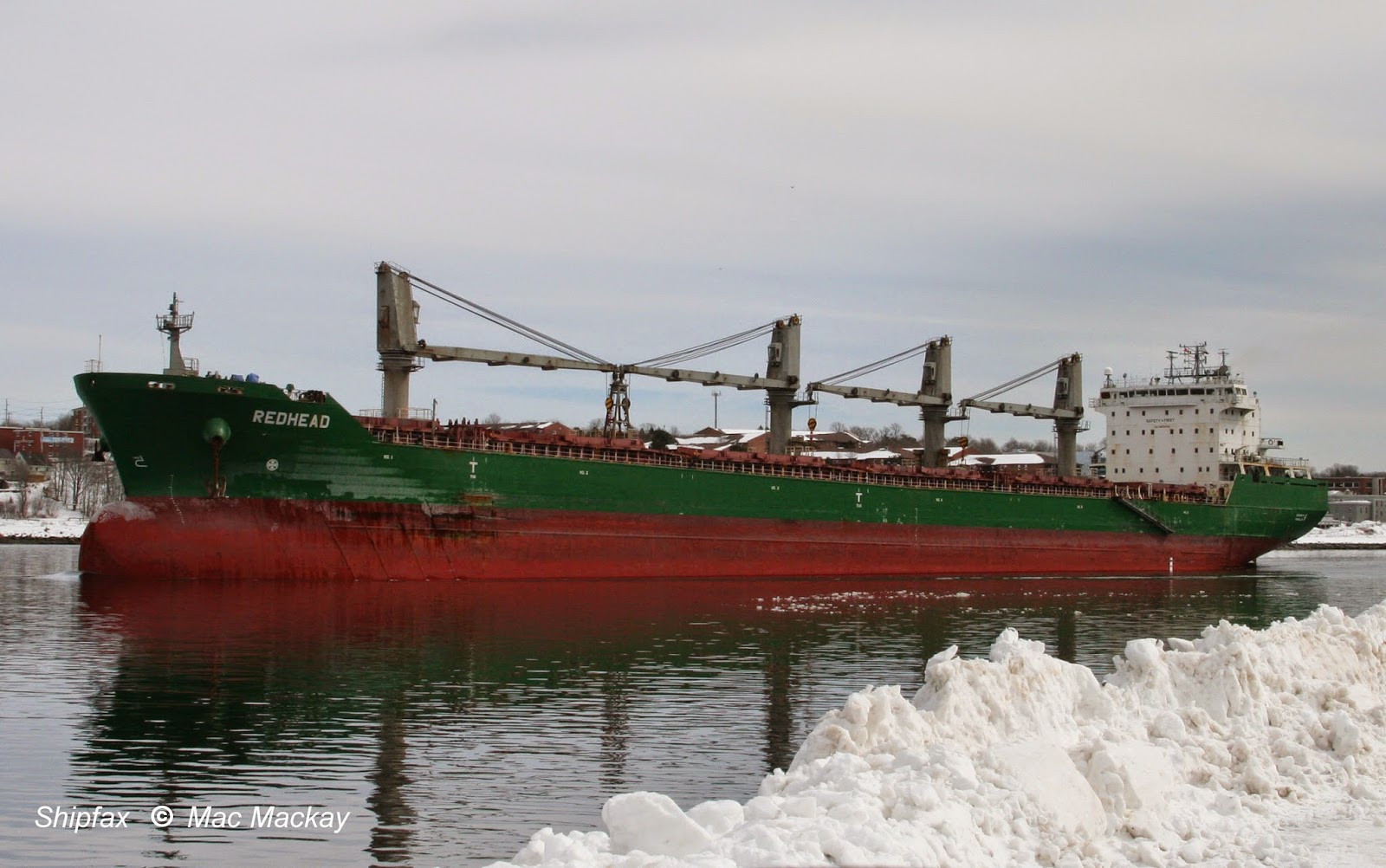 The Canadian Forest Navigation (CanForNav) bulker Redhead finally reached Halifax today. I imagine there was considerable relief in the crew to be out of the ice.

The ship was reported March 1 to be drifting in ice in the Gulf of St.Lawrence, outbound in ballast from Belledune, NB. Its position was given as 220 n.mi. SE of Port Cartier, making me wonder if it was intending to reach that port.

There has been lots of press coverage about severe ice delaying ferry traffic in the Gulf and Cabot Strait, but little mention of merchant shipping, which has been similarly delayed and even damaged in ice. It has taken the ship more than two weeks to reach Halifax, indicating frequent delays and slow running.

On arrival today the ship headed for Bedford Basin anchorage where it was to be met by divers for propeller repairs. Whatever they found, it was later decided to move the ship to pier 9c 27 for the repairs. 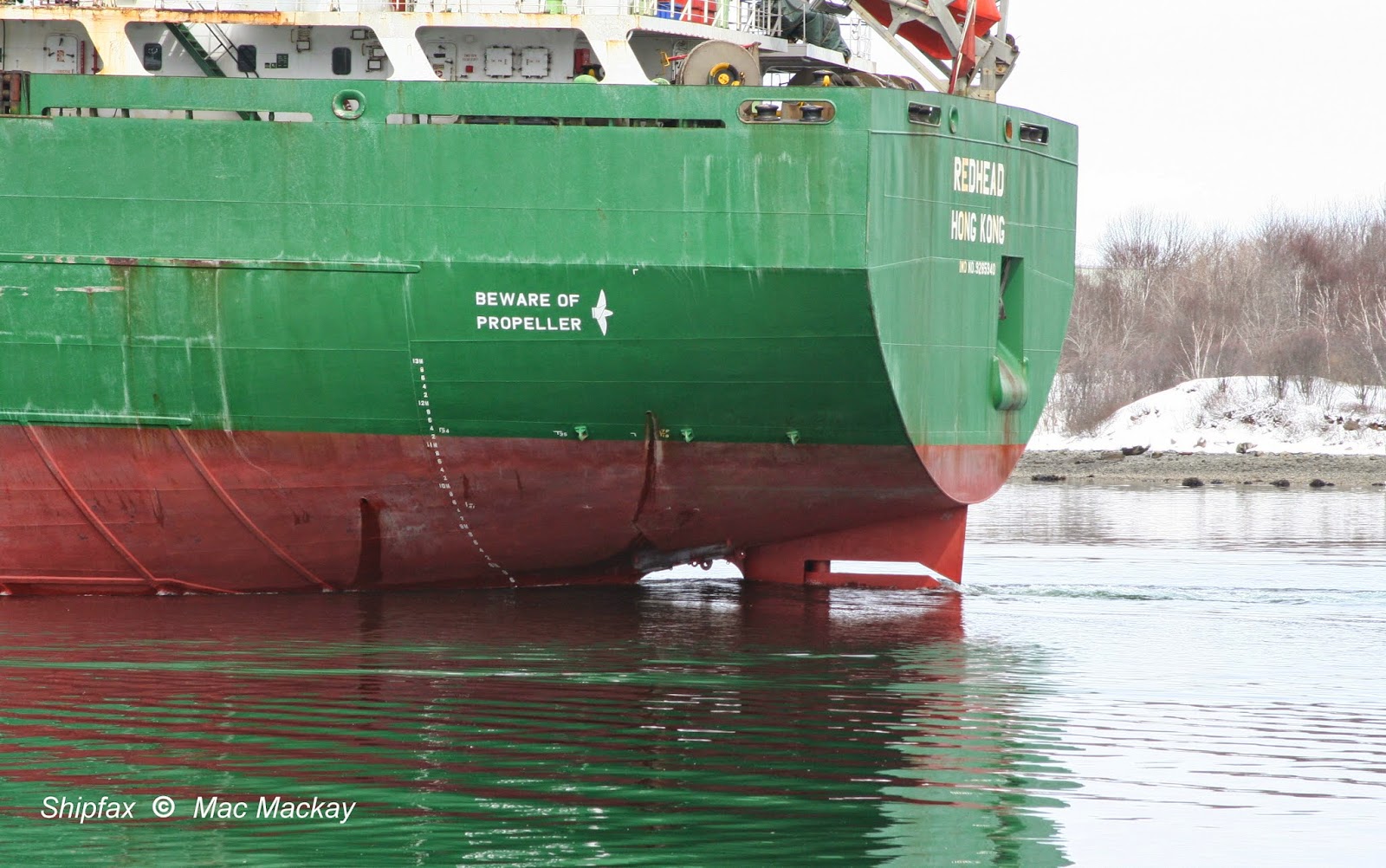 Propellers are particularly susceptible to ice damage, even in ships built for ice conditions such as this one. A prominent ice knife overhangs the rudder to protect it when backing in ice, but props remain vulnerable. Depending on the damage, the prop can usually be repaired underwater by shaving the damaged blade and balancing the others to match it. However it may require more repair or replacement, necessitating removal, which would be one reason for moving to pier 9c 27. 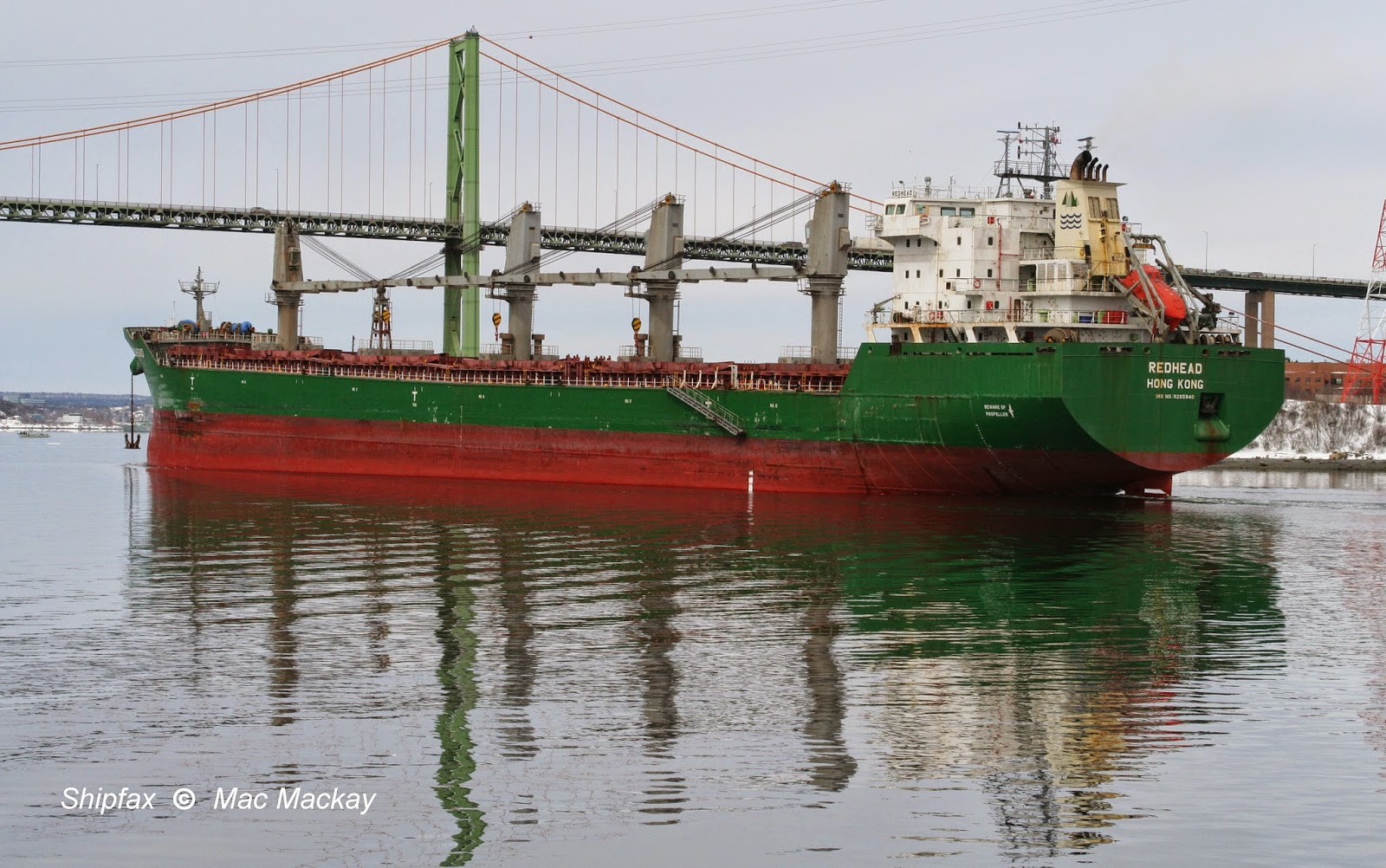 Tianjin Xingang shipyard in Tianjin, China built the 22,792 grt, 37,193 dwt ship in 2004. It is equipped with four 40 tonne cranes, strengthened for navigation in ice and specially fitted for the St.Lawrence Seaway.
For the latter, it carries a stern anchor, has short, retractable bridge wings, and special roller fairleads. Flagged in Hong Kong, it is owned by the happily named Pretty Rainbow Shipping SA, part of Parakou Shipping Ltd of Cyprus and is on long term charter to Canfornav. As with all Canfornav ships, it is named for a species of duck.