The latest Canadian Coast Guard high endurance lifeboat arrived at BIO May 4. It is one of ten such boats to be built by Hike Metal Products in Wheatley, ON. Chantier Forillon in Gaspé is building ten more. Named Shediac Bay it is the second boat to carry that name in government service. 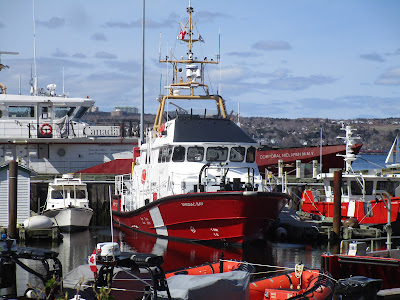 The new Shediac Bay is a 19m x 6m vessel with a cruising speed of 14 knots and a maximum of 25 knots. It made its way down through the Welland Canaal April 26, stopped at the CCG base in Prescott and transited the St.Lawrence Seaway April 28. It passed Quebec City April 29. I don't have a record of its movements after that, but it did stop over in Port Hawksbury, sailing from there May 4.

The new boats of this class all have "Bay" names, but are generally not stationed in the bays they are named for. That would likely cause confusion. For example the boat stationed in Sambro, NS is the Hare Bay.

The previous Shediac Bay was operated by the Department of Fisheries and was based at the old Queen's Wharf in downtown Halifax, 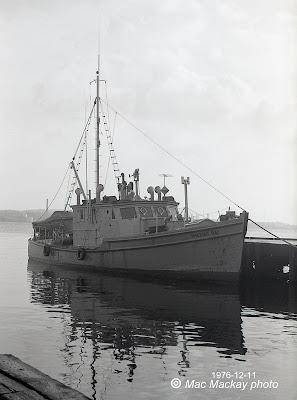