The former Norwegian ferry Svanoy has now been registered in St.John's, Newfoundland and Labrador, and will soon take up its one year charter to the Société des Traversiers du Québec. The ferry arrived in Halifax April 12 and was the subject of a posting here: Shipfax April 12, 2022 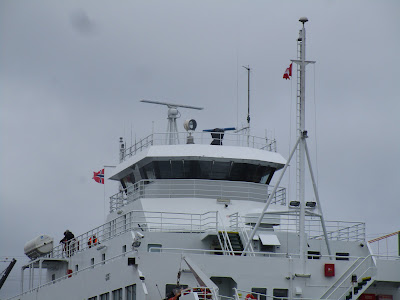 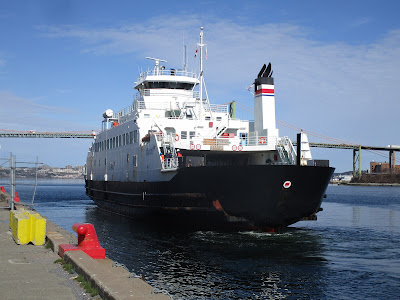 Although Logistec was reported to be the prime contractor for the charter, the owner's representative is now listed as Canfjord Holdings Ltd of St.John's, which would indicate that Canship is doing more than just supplying some ship's officers, and may in fact be managing the entire operation.

The ship will be serving the St-Joseph-de-la-Rive / Ile-aux-Coudres route on the St.Lawrence River as other ferries are refitted. It may also be available to substitute on other routes if needed. As pointed out however it may be restricted somewhat in bad weather or if the usual wharf ramps are being repaired, as it has no side doors, which the regular Ile-aux-Coudres ferries have. Although seldom used, the side doors do allow for some flexibility as the wharves have alternate ramps to the main ramps, which require side doors on the ferries. 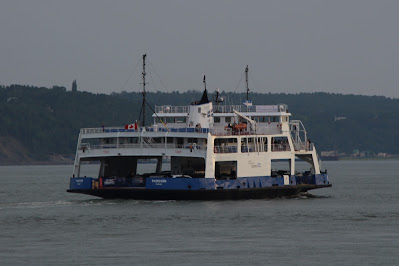 The current Ile-aux-Coudres ferries, such as the summer ferry Radisson (above) are not double ended, but are drive through. They load over the bow at St-Jospeh-de-la-Rive and over the stern at Ile-aux-Coudres. Note the the side "door" which is in fact a gate in the bulwark. 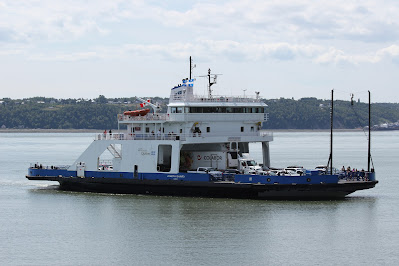 The Joseph-Savard has a similar layout.

There is a heavy influx of tourist traffic in summer on the Ile-aux-Coudres route, so the Svanoy will be needed starting in the next week or so.

The "winter" ferry Félix-Antoine-Savard will need a supplement as the two boats pictured above are in rebuild. It has a bow "visor" for heavy weather, similar to the Svanoy, but it is also seldom used. 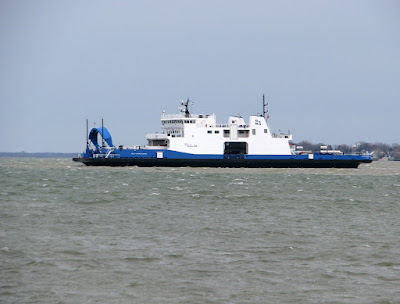