If you saw Part 1 you will note that the word "bollard" in the title was singular. However as you read that post you will have noted that I mentioned that there was a companion bollard at the south end of the Seawall, at Pier 22, so there are in reality two Queen Mary bollards.

The north end one shows up in several of my photos, including the following 1970 image. It shows the bollard painted in two colours. Regrettably I have no colour photos that would indicate what those colours might have been.

The tanker Imperial Cornwall served for a brief time in Halifax as a bunkering tanker. It supplied fuel to ships and to the Nova Scotia Light and Power generating plant.

I do have a colour photo from 1990 showing the bollard at the south end of Pier 22. By that time it was painted all red. 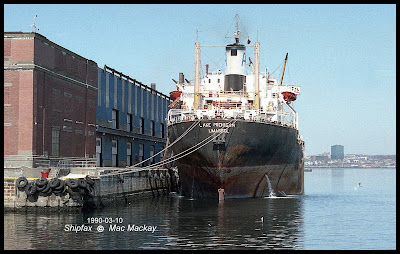 A knowledgeable reader of yesterday's post wrote in to inform me that the Port of Halifax now has colour coded the bollards to indicate the maximum allowable load limits. Masters of ships tying up at Port facilities are advised not to exceed these limits when securing.

The typical "safety red" bollards are not to exceed 50 tonnes. 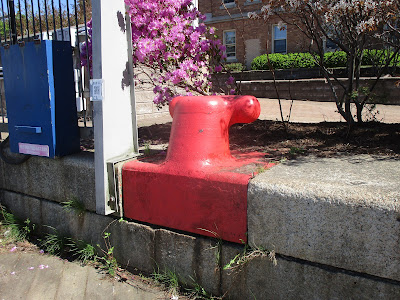 This typical 50 tonner has been preserved at Pier 19, even though it is unlikely to see any use, now that the Tall Ships Quay abuts the very north end of the seawall.

The next heavier bollards are painted "safety orange" and are rated at 100 tonnes.

This 3'-6" tall gentleman agreed to pose by this orange bollard, to give a sense of scale. 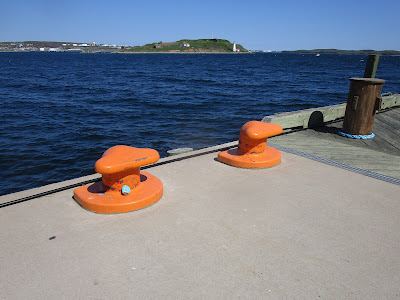 It is one of a pair installed in a concrete base/pad at the Tall Ships Quay. It gives large cruise ships additional mooring points when they are tied up at Pier 20. There is a substantial concrete structure beneath the pad.
(The timber pile bollard on the right is not rated by colour.)

The Queen Mary bollards are now painted in "safety yellow" which indicates a maximum load limit of of 150 tonnes: 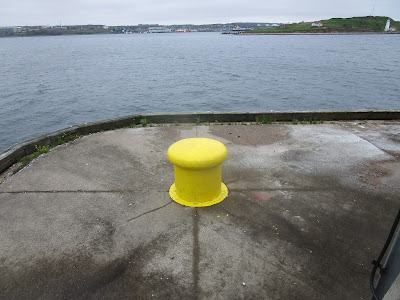 Other bollards, such as those along the pier face at Pier 41-42, where large container ships dock, are also painted yellow: 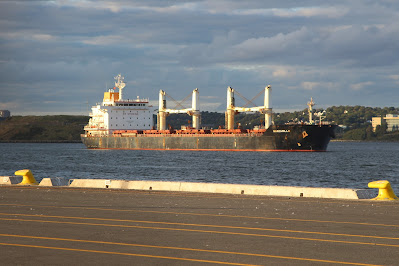 The heaviest bollards in the port are painted "safety green" and are rated at 200 tonnes. Not surprisingly they are located at the southend container terminal at Pier 42 where the largest container ships run their headlines: 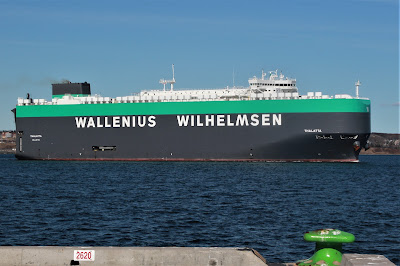 The actual bollards don't look very different, but they may have thicker bases, and appear to be anchored to the pier and grouted with concrete. (I have never intentionally take a picture of one of these, but may do so in future and add to this post.
.