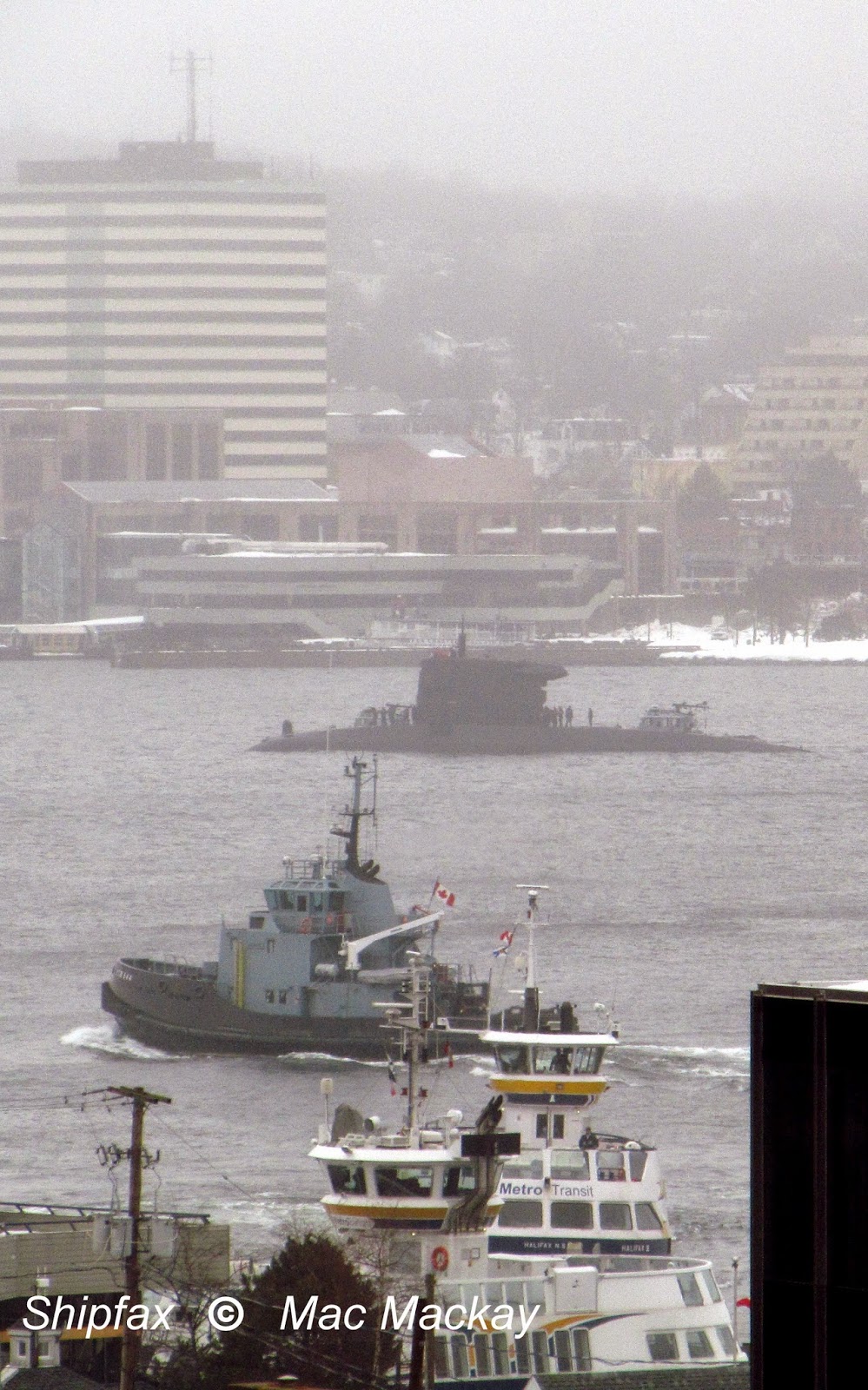 Had the sub intended to make an anonymous arrival, it very nearly succeeded as a rainy, drizzly  fog had descended on the harbour. Ferries Christopher Stannix (alongside) and Halifax III (arriving) in the foreground are much more visible, however the sub's "backwards ball cap" extension on the sail makes it readily distinguishable from one of ours.

The Atlantic Pilotage Authority pilot was transferred to the sub from the pilot boat by a Rigid Hull Inflatible Boat [RHIB] and the sub was met by an RCN Ville class pup tug, with Glenside hovering in the vicinity, until needed for docking.

Visiting submarines are rare, and non-nuclear subs are even rarer.This sub was laid down in 1980, launched in 1992 and commissioned July 5, 1994, making it a veteran in the sub world. It is diesel electric powered and can achieve 21 knots surfaced  submerged and 13 knots submerged surfaced, and its main weaponry is torpedoes.