A switch for Tasman Strait

Melfi Lines' Tasman Strait arrived on  Monday February 16 and tied up at pier 42 as usual. This is the fourth  voyage for the ship on Melfi's Europe/ Halifax/ Cuba run. By Friday the ship was still at the berth, and with other ships due, it was moved around to pier 26. 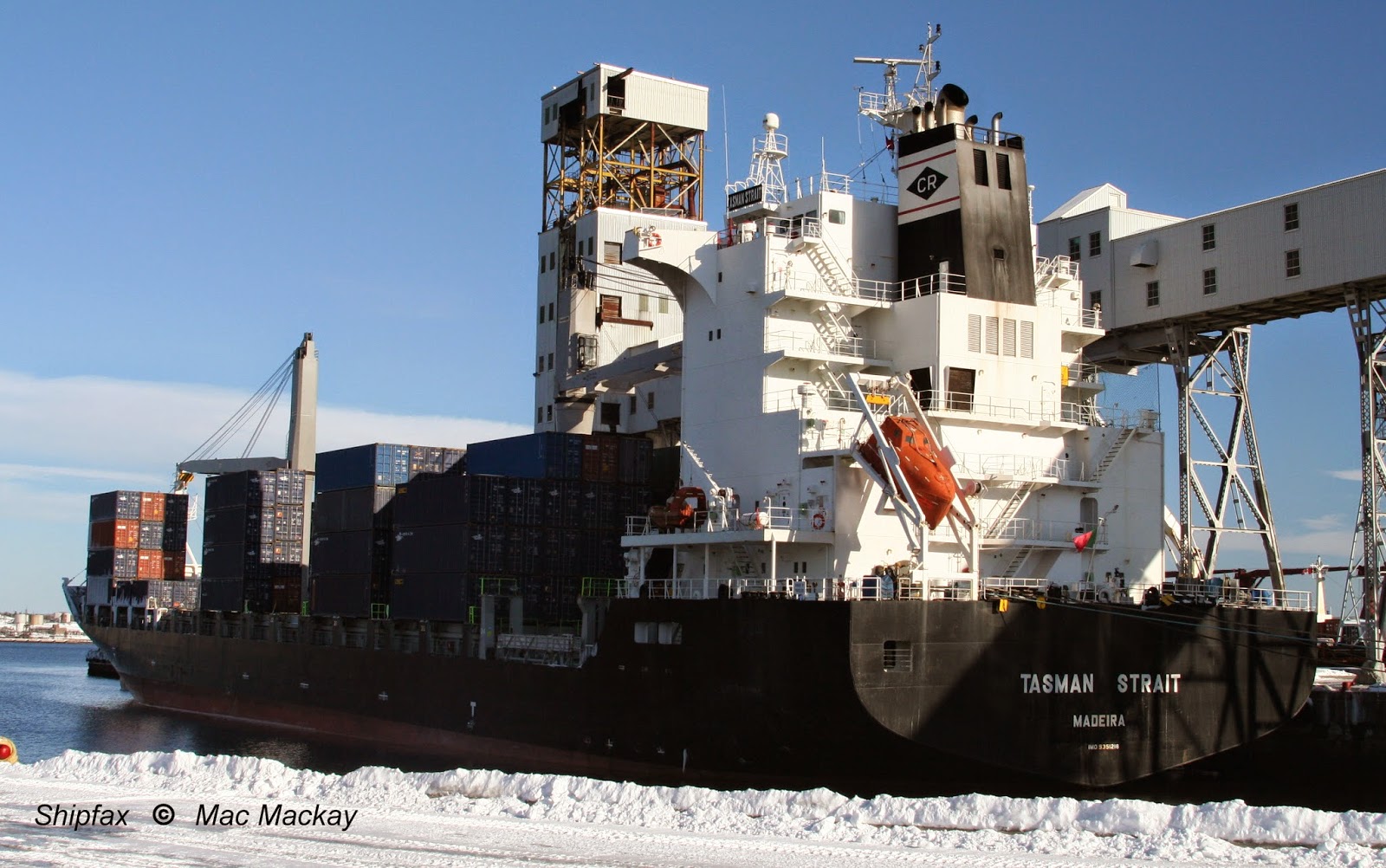 Pier 26, with the grain unloading facility, is little used these days since grain now arrives by train, and it rarely sees a container ship.

An unusual berth for a container ship, no cargo can be worked at that berth, so the ship must either be undergoing repairs or waiting for incoming cargo to arrive by train.

There have been delays in rail movements due to weather, and an impending lockout at CN will not improve that very much if at all. No estimated time of departure has been set for the ship.

The ship first called here as Ocean Emerald in March 2014, and was renamed by the time it made its second visit in October.