Report from the Who Knew Department

With the Shipfax research department snowed in and unable to travel to the waterfront, cabin fever has set in. One of the first signs of this is a report from the Who Knew Department. This small group of boffins, toiling away in the photo archive usually unearth photos of astounding banality, but once in a while they find something of marginal interest. When there is no other news to report their file comes to the top. 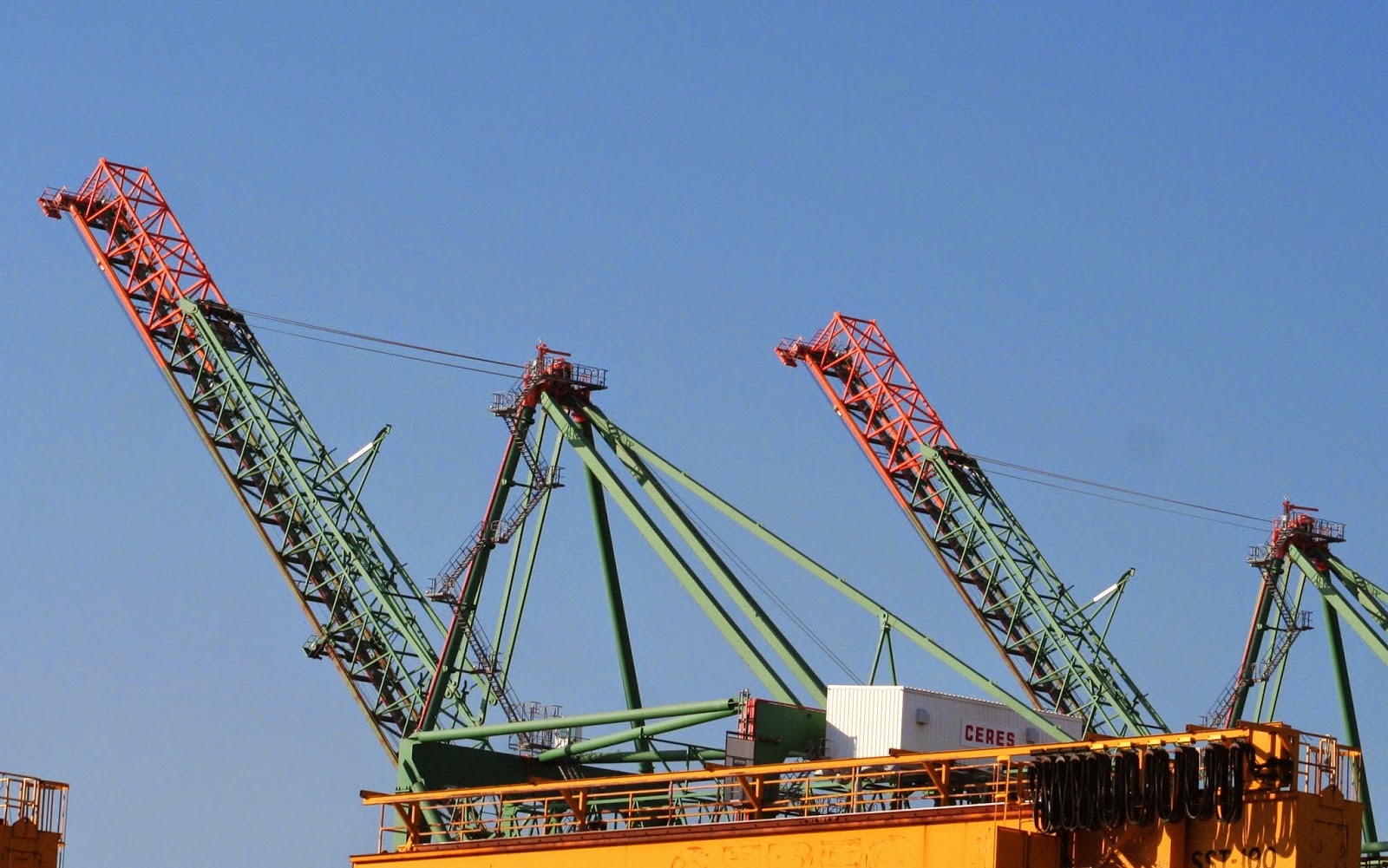 Did you know that some of the container cranes at Halterm and Fairview Cove are fitted with fire monitos at the very top of their frames? 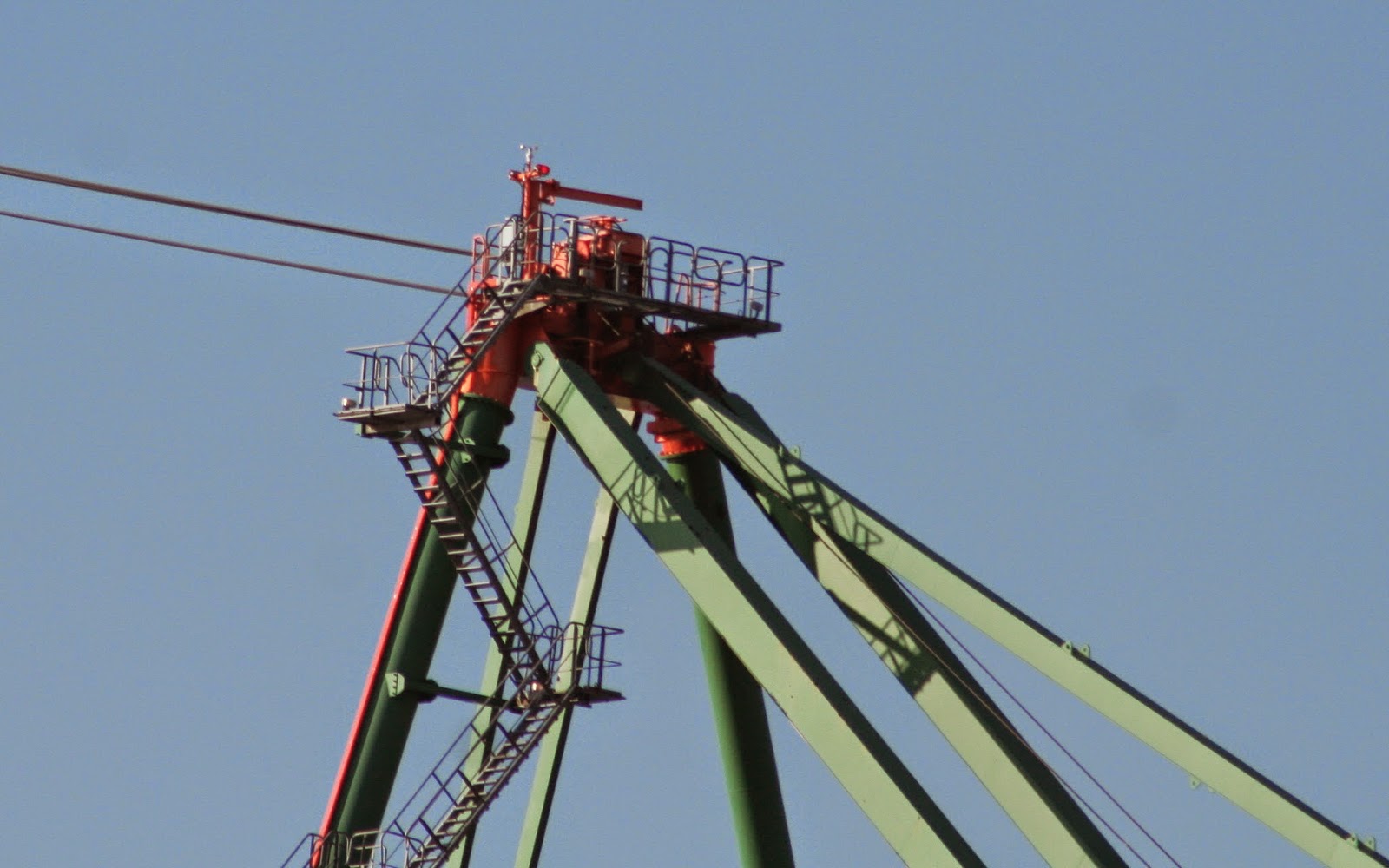 These installations are for fighting shipboard fires, and a waterway (red pipe) runs from the base of the crane where a firetruck or firepump can charge the line. 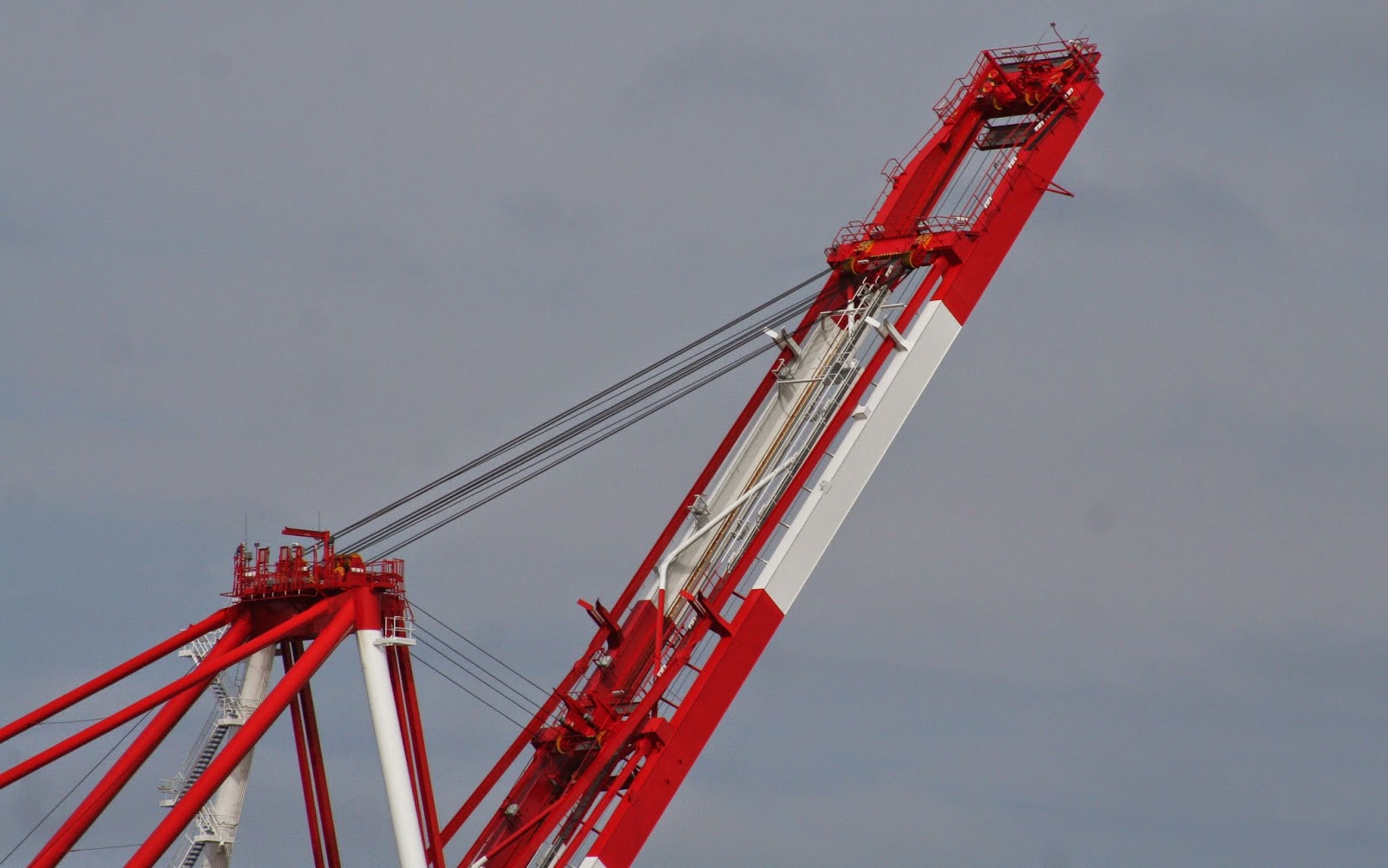 There is a stair leading to the monitor platform, which would allow a firefighter to direct the monitor toward the fire. 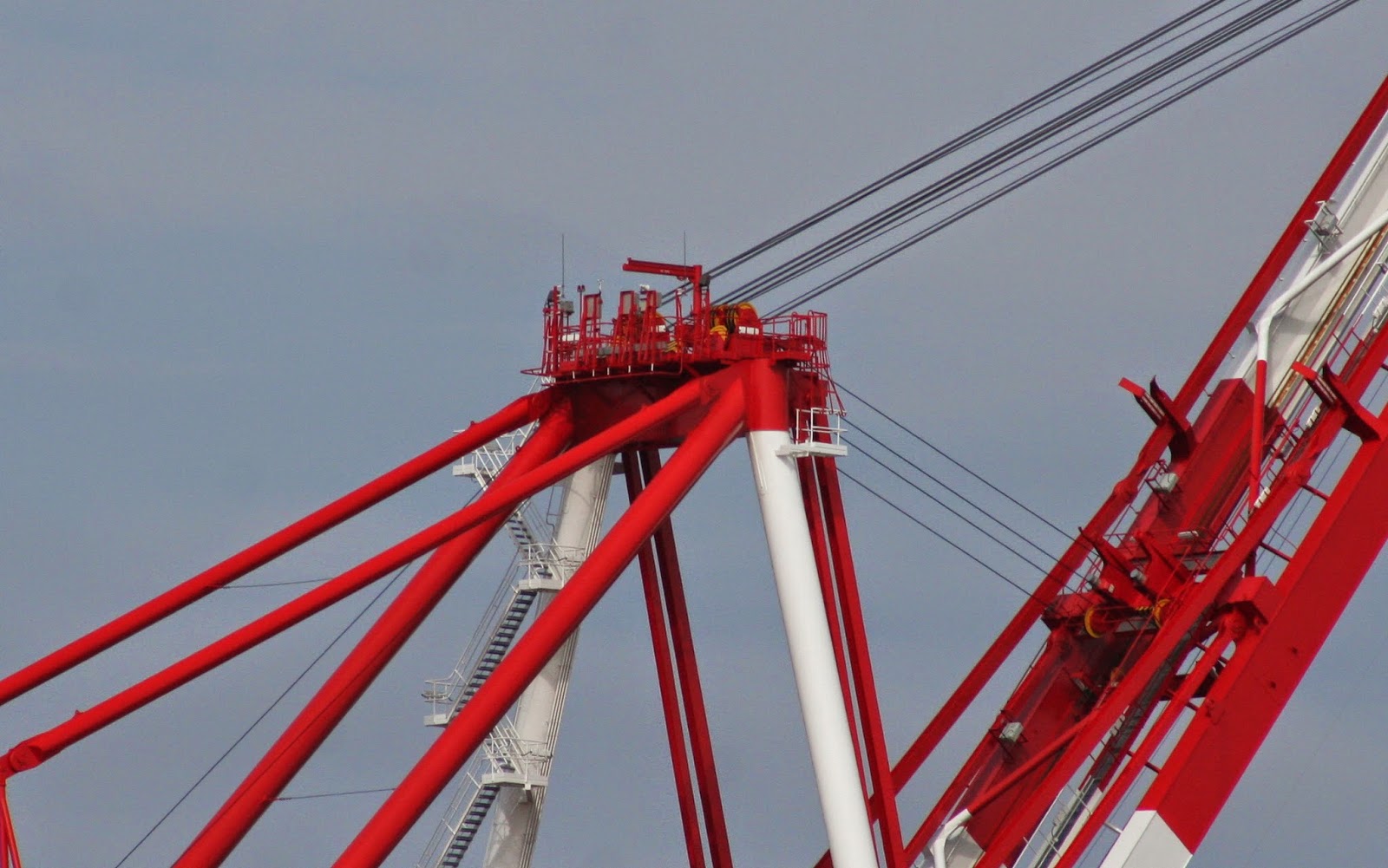 Not everyone finds container cranes appealing, and in fact in Los Angeles citizens complained that they were too high and ruined the skyline, forcing operators to build cranes with articulating booms so that they would not intrude into views. 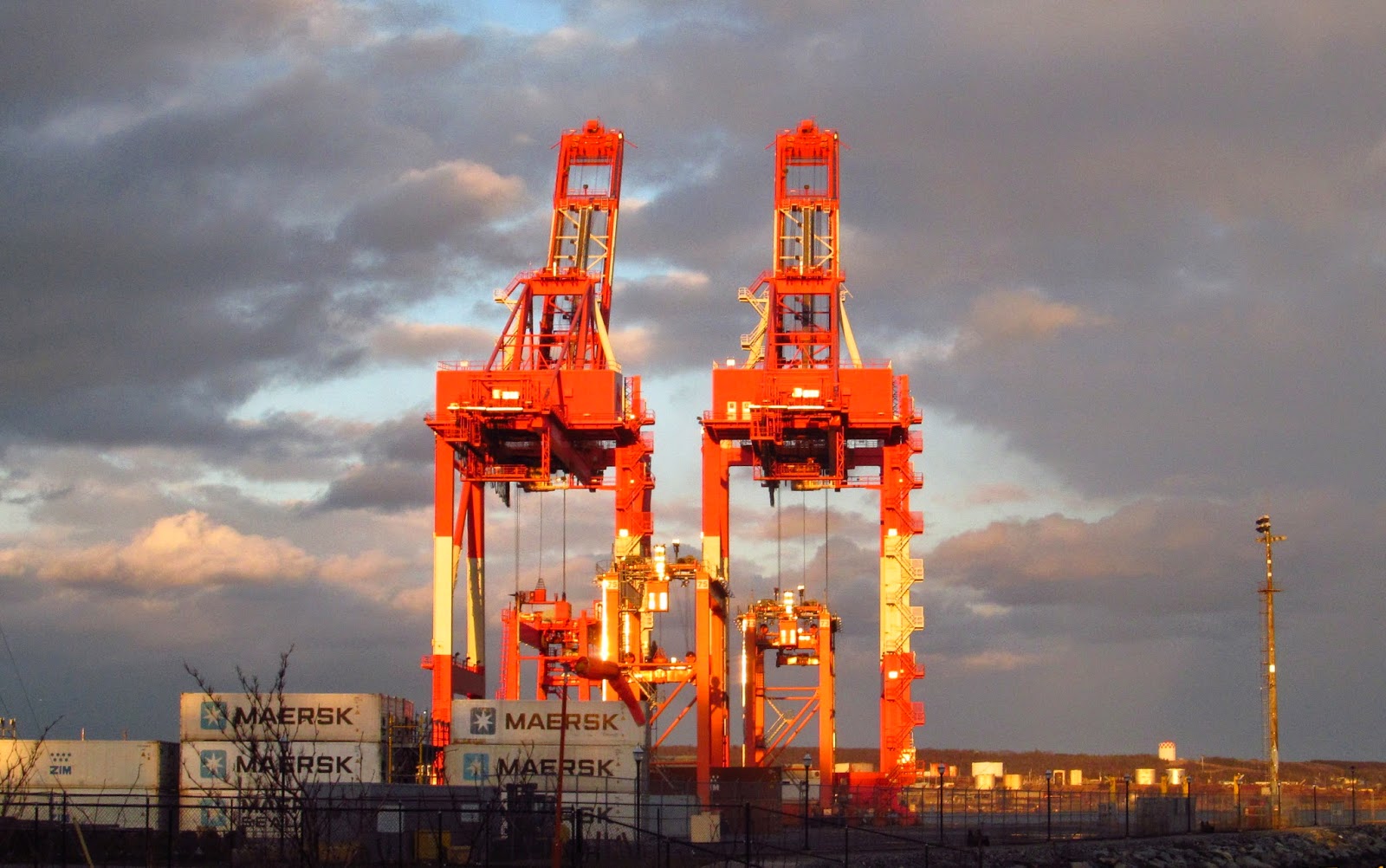 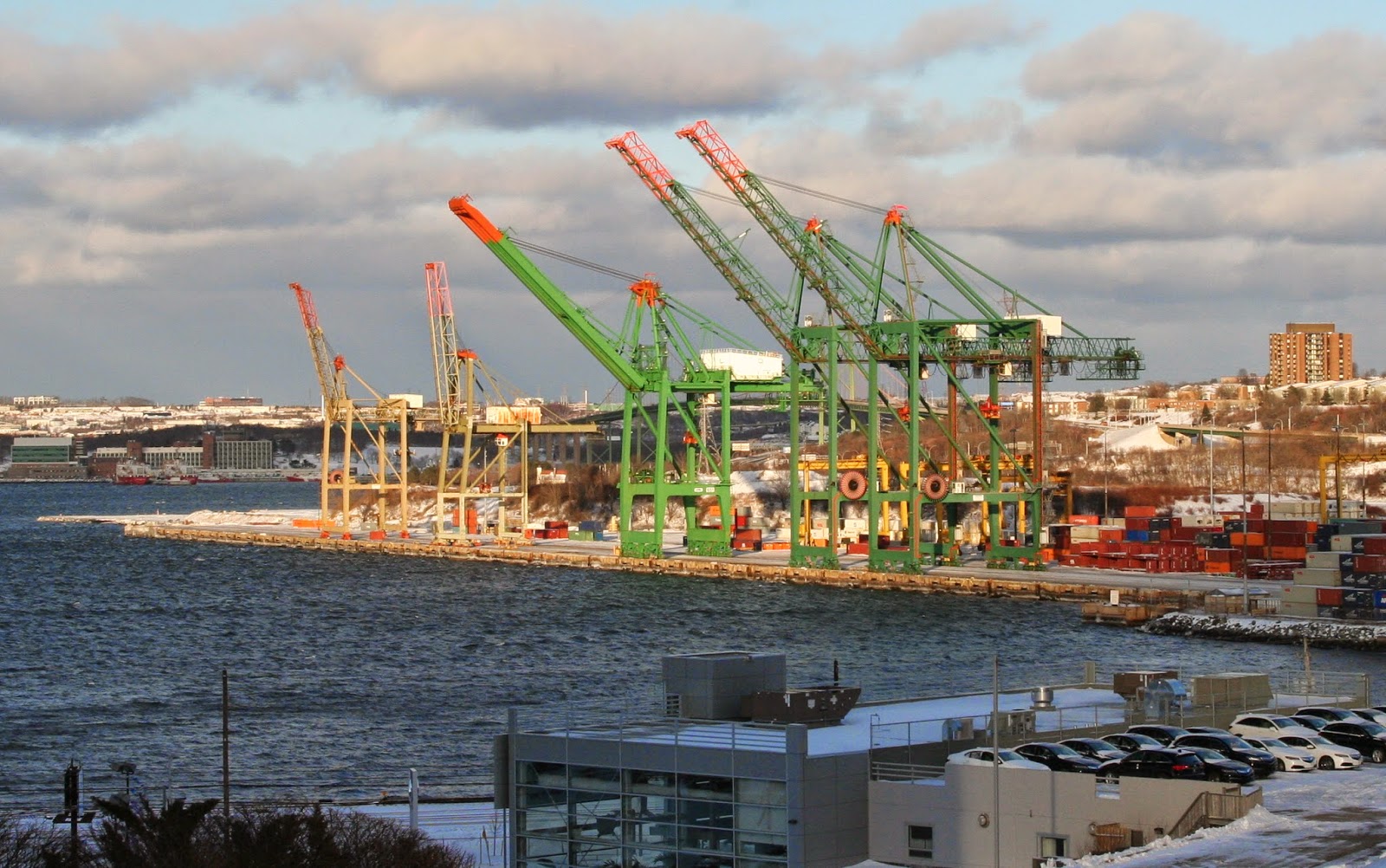 So far that has not happened in Halifax - but they certainly dominate their surroundings.