A small research vessel, once based at the Bedford Institute in Halifax, sank at its berth January 31- February 1, far away from its original home.

The Navicula was built in 1968 by Atlantic Shipbuilding Co Ltd in Lunenburg, and was built of wood. Measuring 77.81 grt, the 65 footer was fitted with dragging equipment for sampling, but could carry out many types of inshore and near shore research. 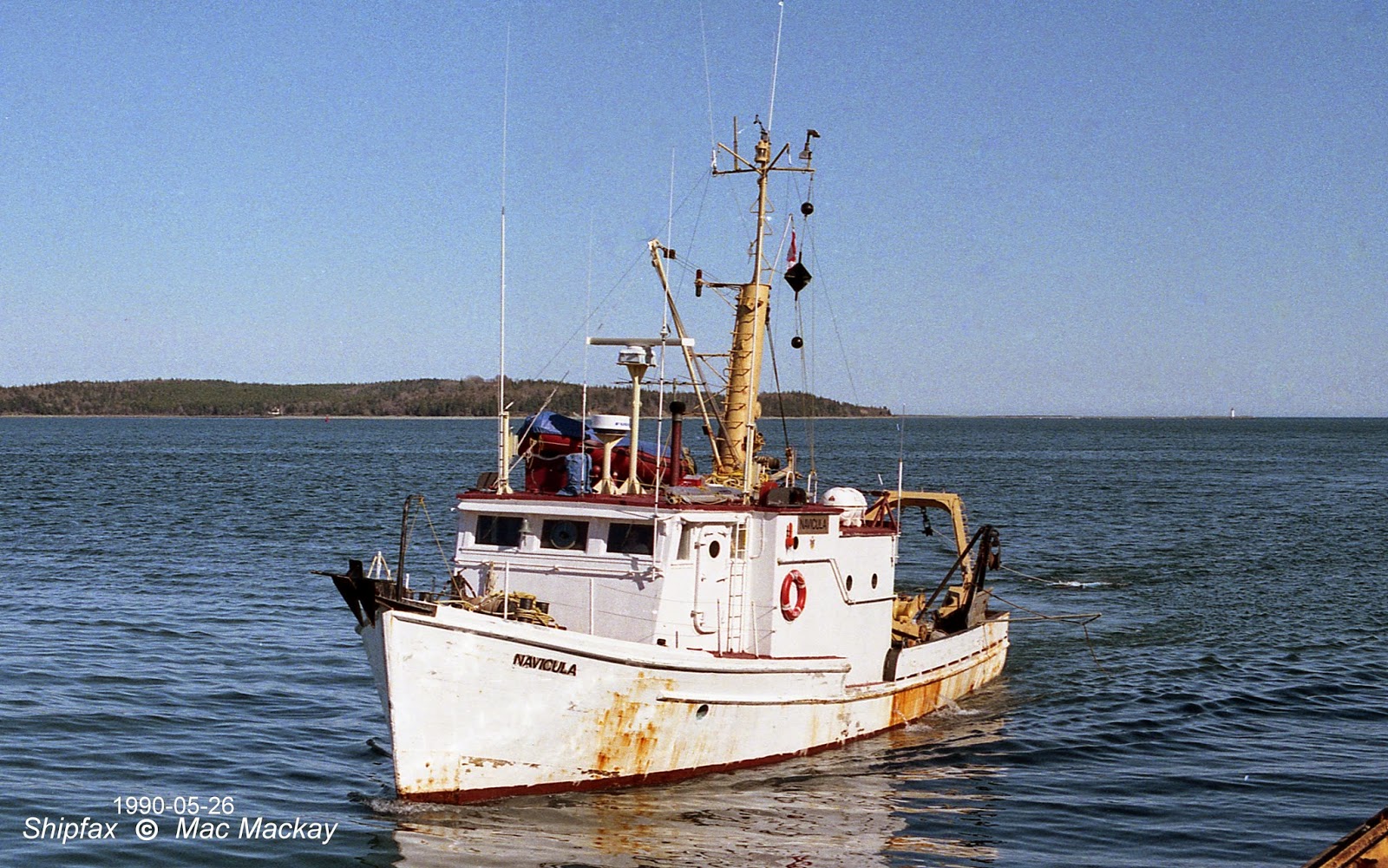 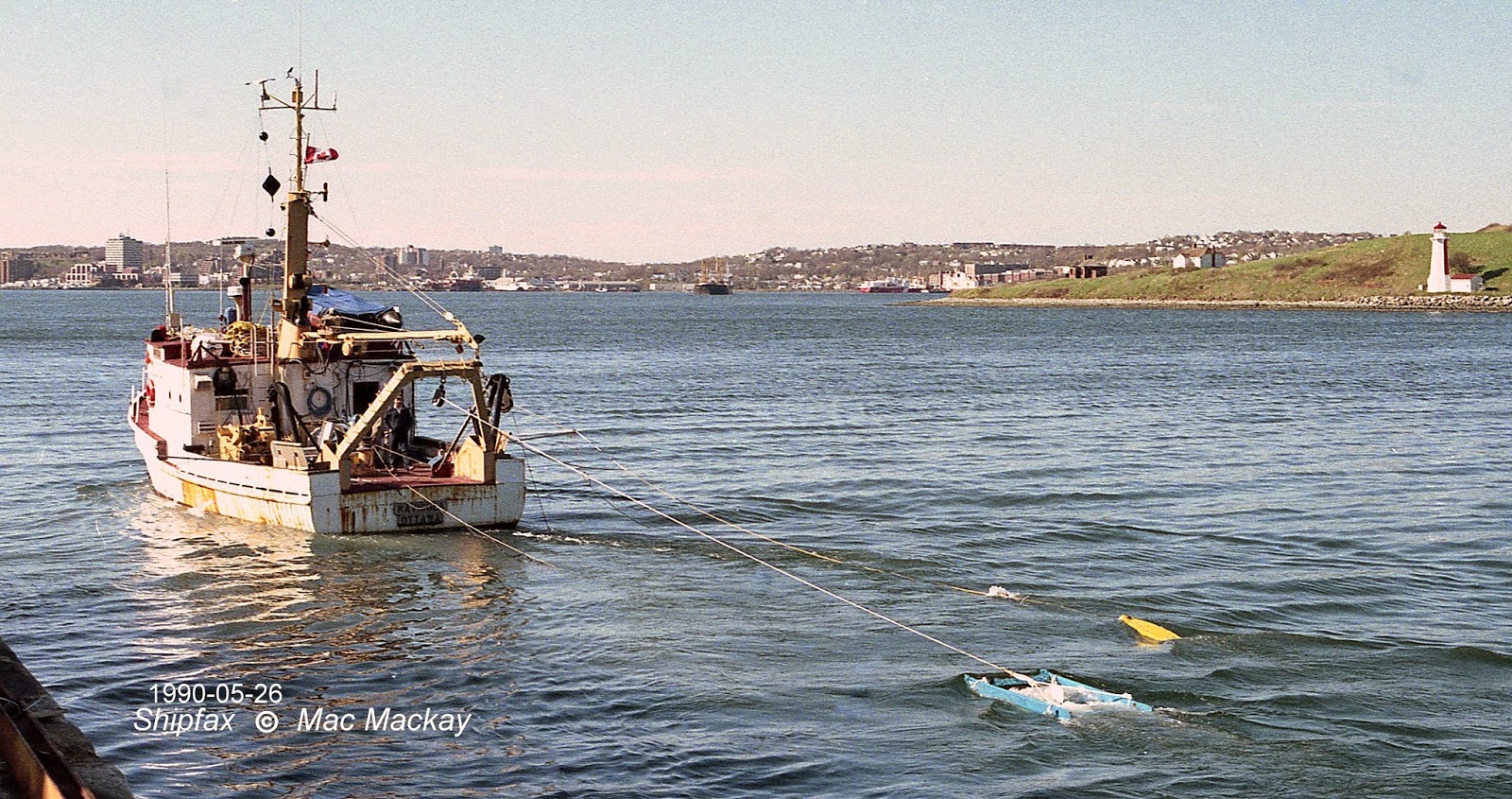 Navicula spent most of its career with the white hull, buff funnel/mast of a Canadian research vessel. It is towing surface sampling gear past the face of pier 31 on its way inbound to BIO. 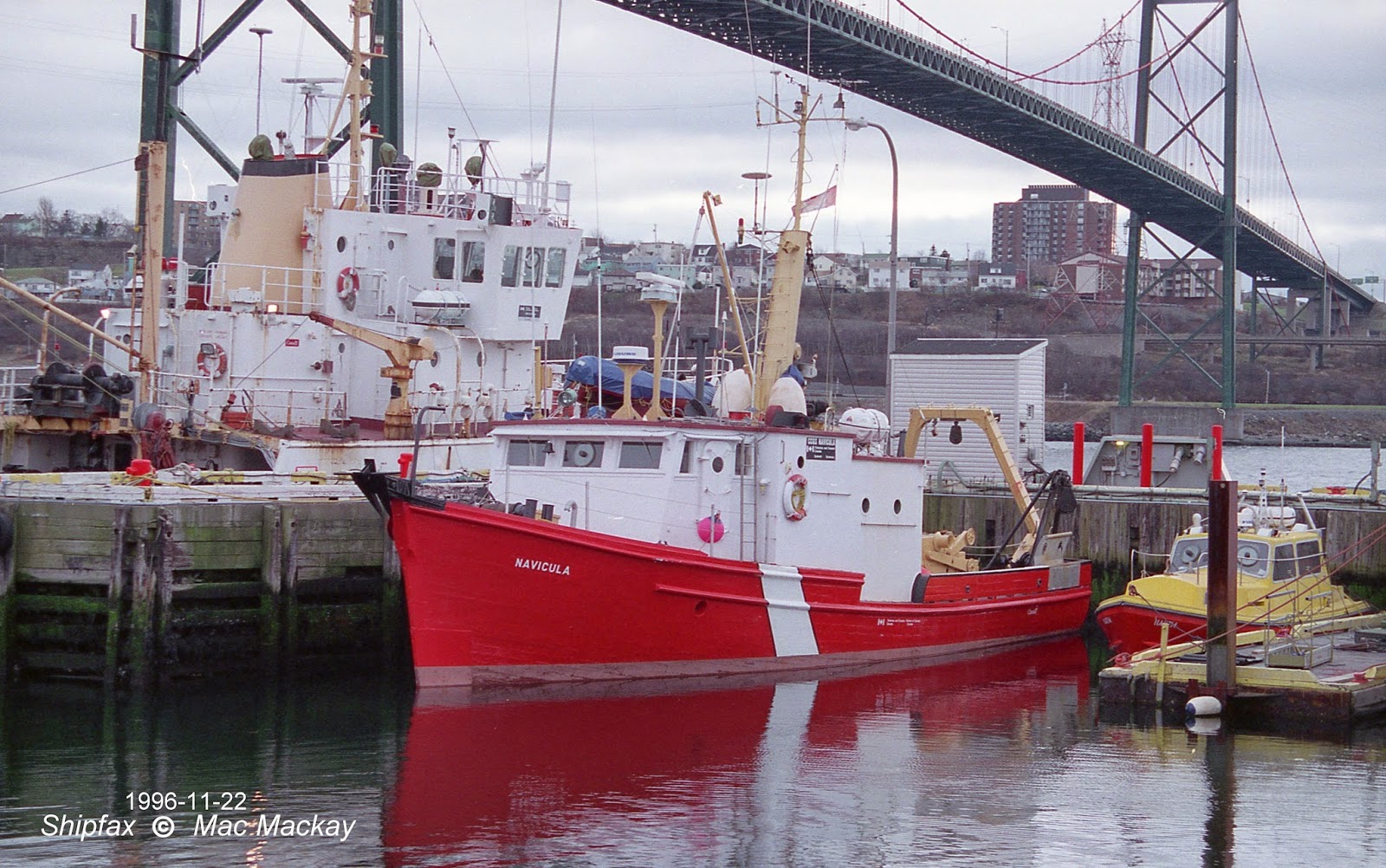 Fresh from refit in 1996, Navicula now sports the Coast Guard red hull and white stripe, indicative of the integration of Coast Guard, Oceanography and Fisheries fleets under the Minister of Fisheries and Oceans. The fisheries research vessel E.E.Prince is at left. Ironically it was built in Port Weller, near where Navicula will end her days. 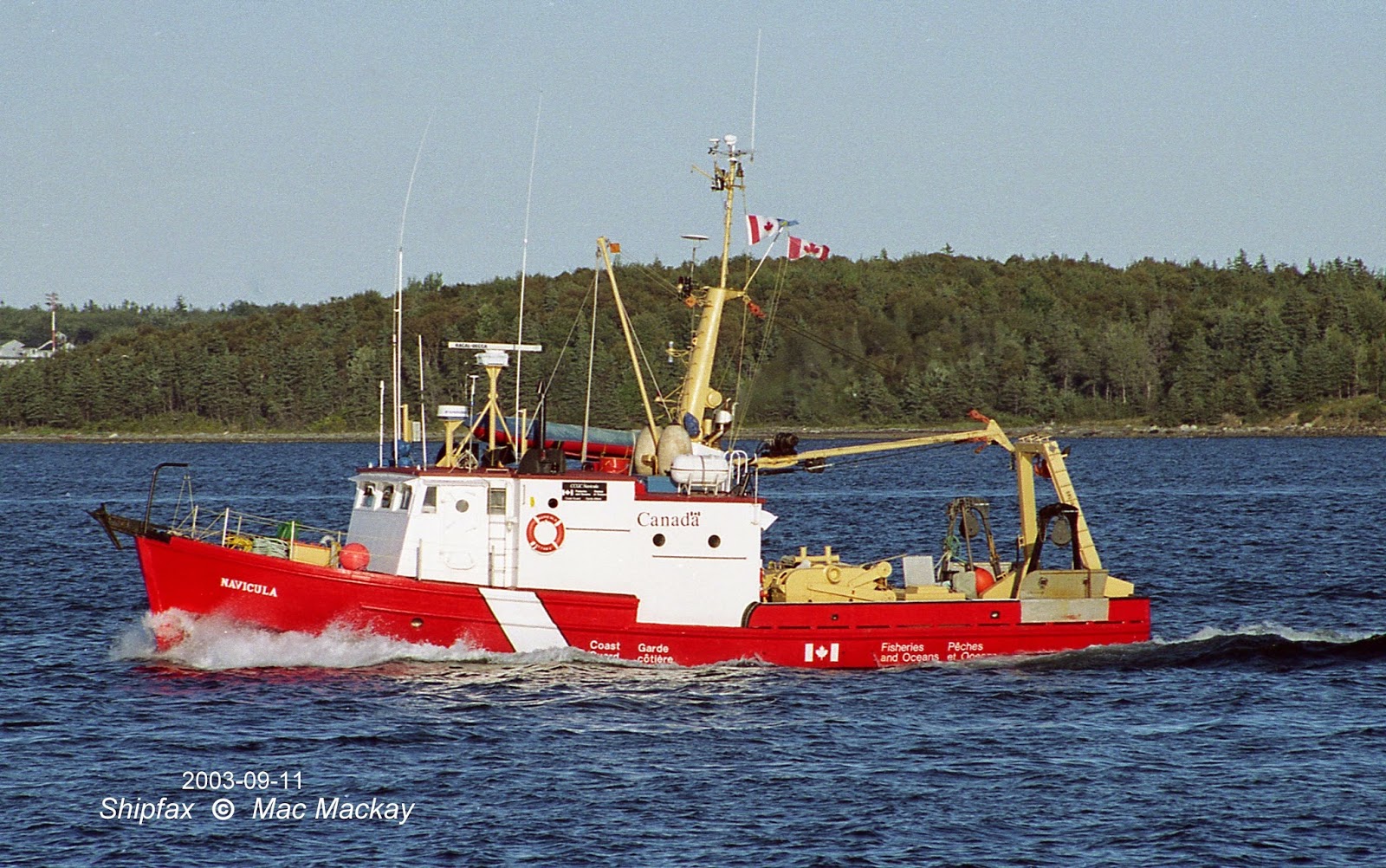 In its last years Navicula also acquired the hull graphics and signage of the DFO fleet.

The boat worked for the Department of Fisheries and Oceans until 2004, when it was renamed 2004-02 and put up for disposal. It sold in 2005 and its new owner reinstated the name Navicula unofficially. (Navicula is a boat shaped algae see http://en.wikipedia.org/wiki/Navicula ) Its official name remains 2004-02.

Somehow over the intervening years it made its way to Port Weller, ON, at the Lake Ontario entrance to the Welland Canal. It was berthed at the ShipShape Marina there when it sank at is berth overnight last weekend. The marina owner had brought the boat in to be broken up, but recent cold weather resulted in a pipe freezing and it sank alongside. There was some small amount of pollution from engine lubricants, but all fuel had been removed in preparation for scrapping.