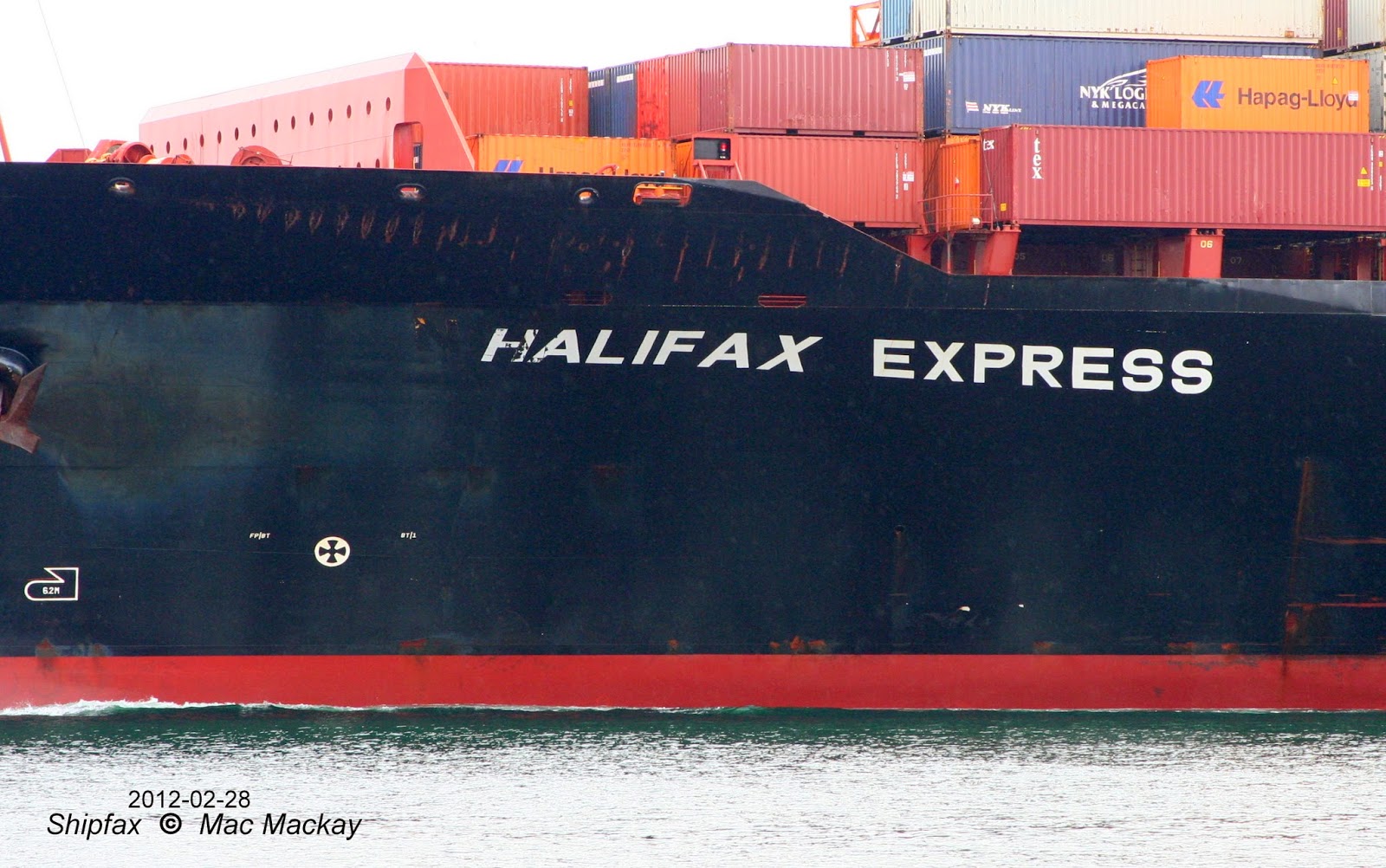 A rename that does not quite match the spirit of the  original.

As you might expect HAPAG-Lloyd, one of Halifax's largest container customers, has named one of its ships Halifax Express. It was however not the first choice for the ship's name. The first choices are usually for the major ports or industrial and financial centres. Because they are major centres, those names are often recycled as newer ships come along, and when that happens an older ship loses its name and gets the name of a "lesser" port. Thus the Rotterdams, Singapores and Shanghais of the world have newer, bigger and better ships named after them.
Halifax rates fairly low on the list of world mega cities, so we must be content with a re-name. However H-L does have a fleet of about 200 ships (owned and chartered) so it is good to know that we are in the top 200. Incidentally those 200 ships have a capacity of 1 million TEUs. H-L actually owns 1.6mn containers, many of which are in transit at any one time. 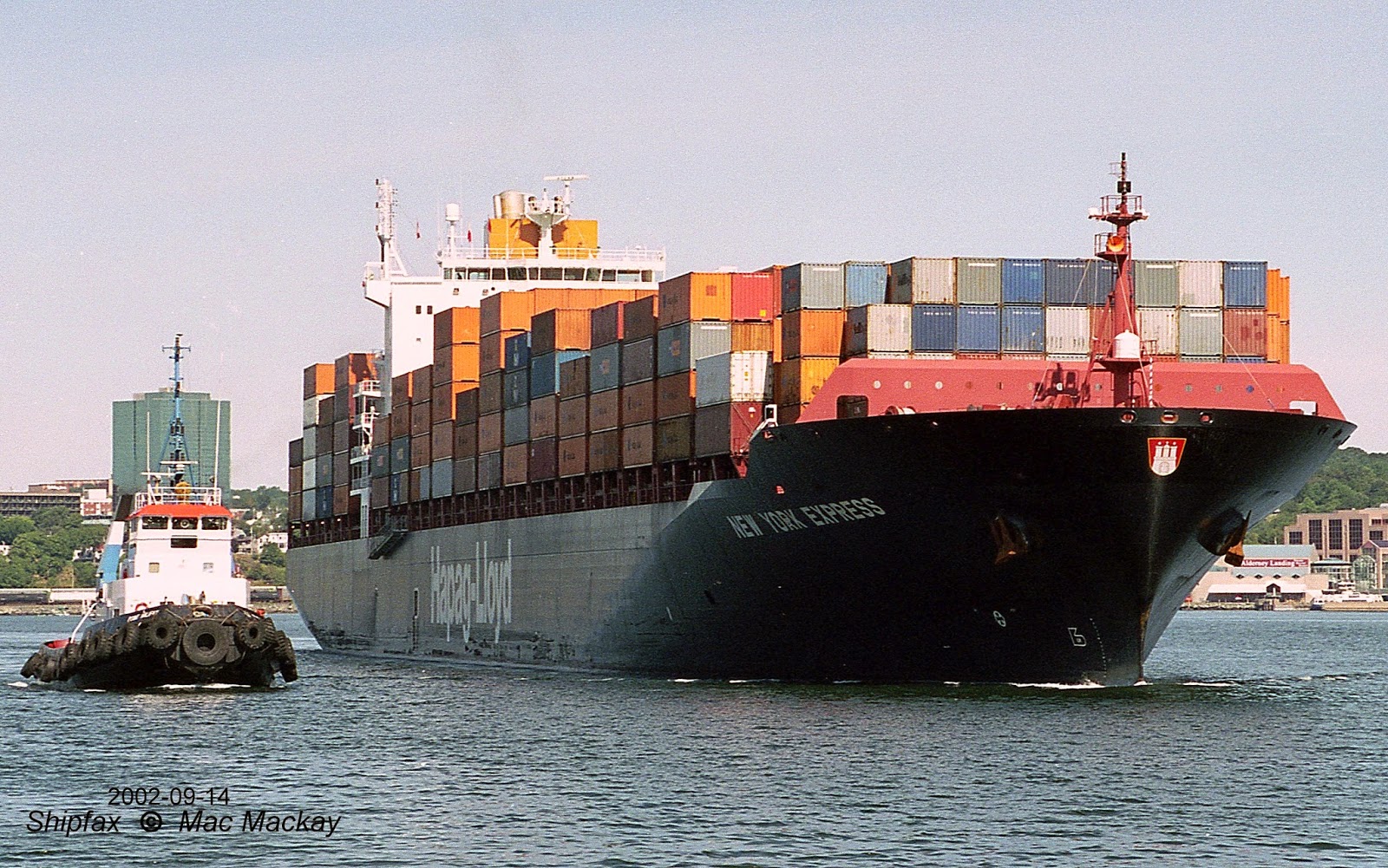 Halifax Express was built as New York Express in 2000. It came out of the Hyundai Heavy Industry yard in Ulsan, South Korea, and measures 54,437 grt, with a capacity of 4,890 TEU, including 370 reefers. When H-L ordered new large ships, one of its 13,167 TEUs was designated to get the New York name, and so the incumbent had to be renamed. The renaming took place in 2012, and Halifax Express was the chosen name.

Halifax Express arrived in Halifax for the first time with that name February 28, 2012.

H-L has never owned the ship. It has belonged to the Greek company Costamare Shipping of Athens since built and has been chartered to H-L.

With container ships of under 5,000 TEU becoming obsolete on most routes, we should not expect to have a Halifax Express with us too much longer. Currently it is the only container ship in the world carrying the Halifax name, so perhaps another line will step up to the plate if  this ship is renamed.