Ingrid Gorthon to the breakers

The once familiar Ingrid Gorthon has sailed for the breakers in Alang, India. Renamed Forest Costa Rica in 2012, it sailed from Durban, South Africa February 5, giving an ETA of February 22 at Alang. 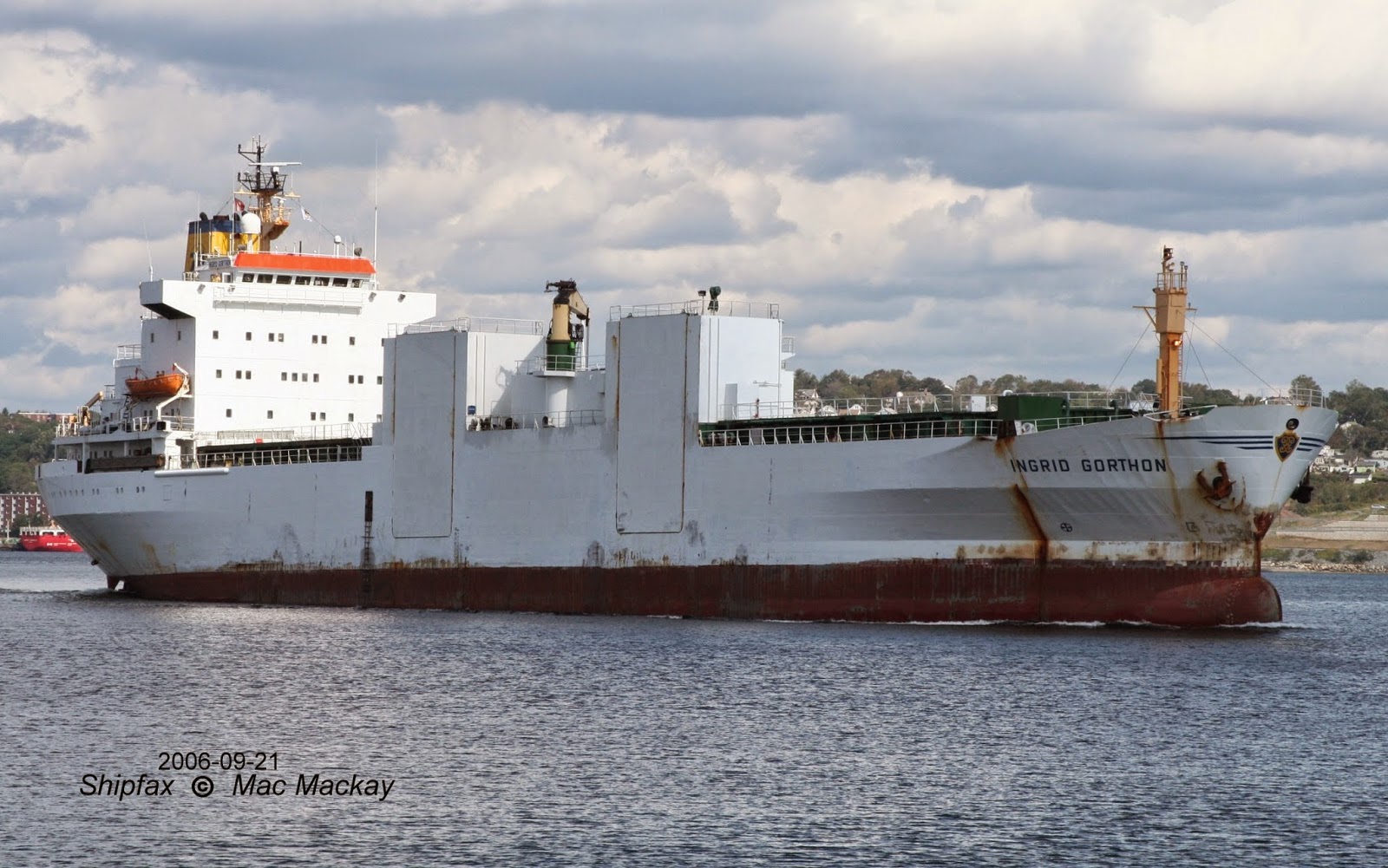 Sailing from Halifax in 2006. Ingrid Gorthon, was a sideloading paper carrier, after conversion from a bulk carrier in 1990.

The Gorthons Rederi ships were always favourites of mine and they were in Halifax for bunkers and repairs countless times over the years. They were also frequent callers in such ports as Corner Brook, Baie Comeau, Liverpool, Trois-Rivières and many others.

I have written extensively about Gorthon ships in the past see:

As forest product carriers the ships were the victims of the loss of demand for newsprint and other papers. The resultant closure of paper mills all over eastern Canada lead to the shakeup of the successors to Gorthons Rederi, Rederi AB Transatlantic, and the sale of many of its ships to a Cypriot company. 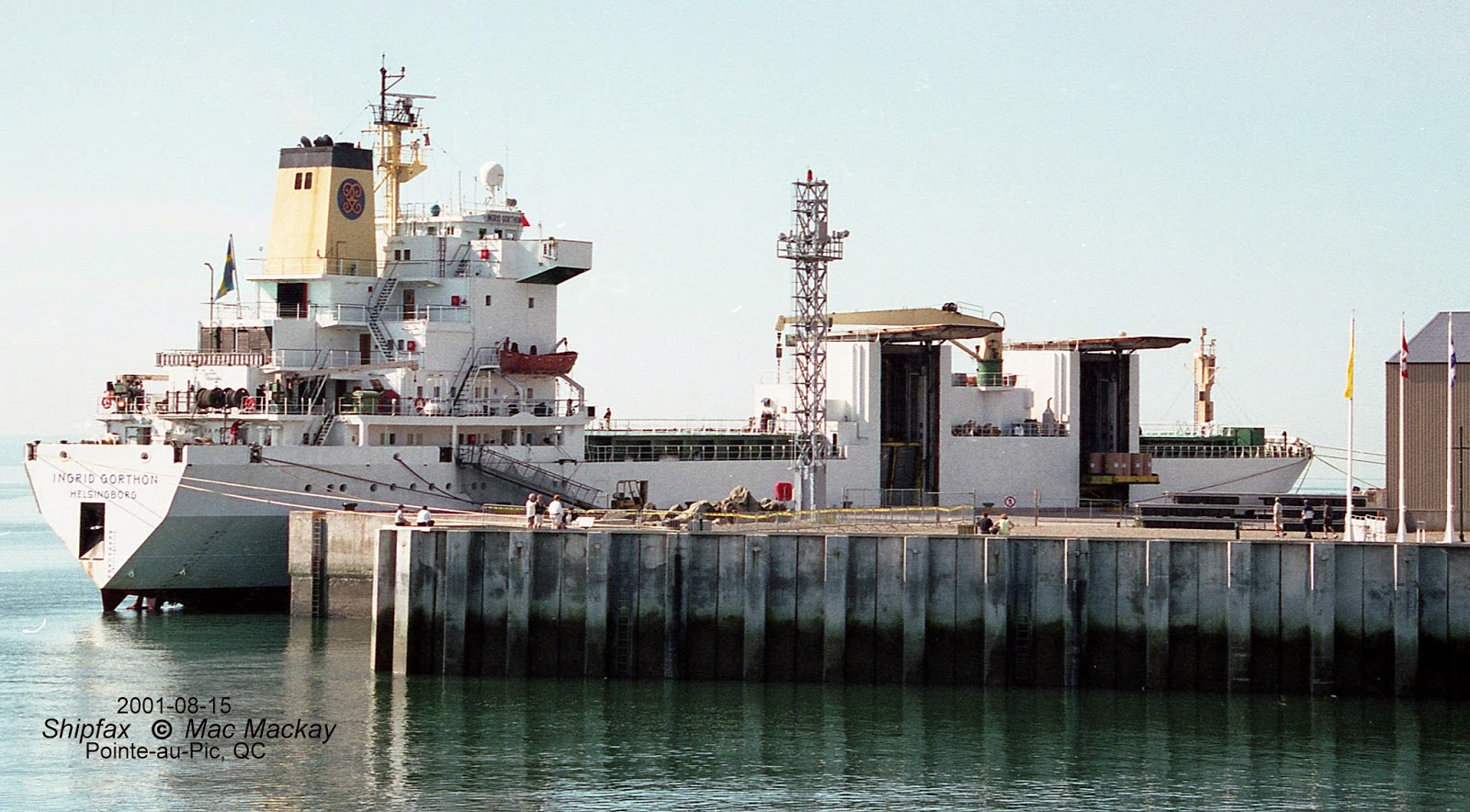 Loading paper using the side doors and a system of conveyors and elevators.

Ingrid Gorthon was sold to Blow Sand Shipping Ltd of Cyprus, under the management of Lemissoler Ship Management Ltd in 2006 and chartered back for five years. In 2011, at the end of that term, the ship's hull was painted red, losing its distinctive white colour. Early in 2012, the ship was renamed Forest Costa Rica, and I have seen photos of the ship in Panama in 2012, but little has been heard of it in intervening years.

Not many ships built in 1977 are still sailing today, so it should not be surprising that it will soon be reduced to scrap metal.