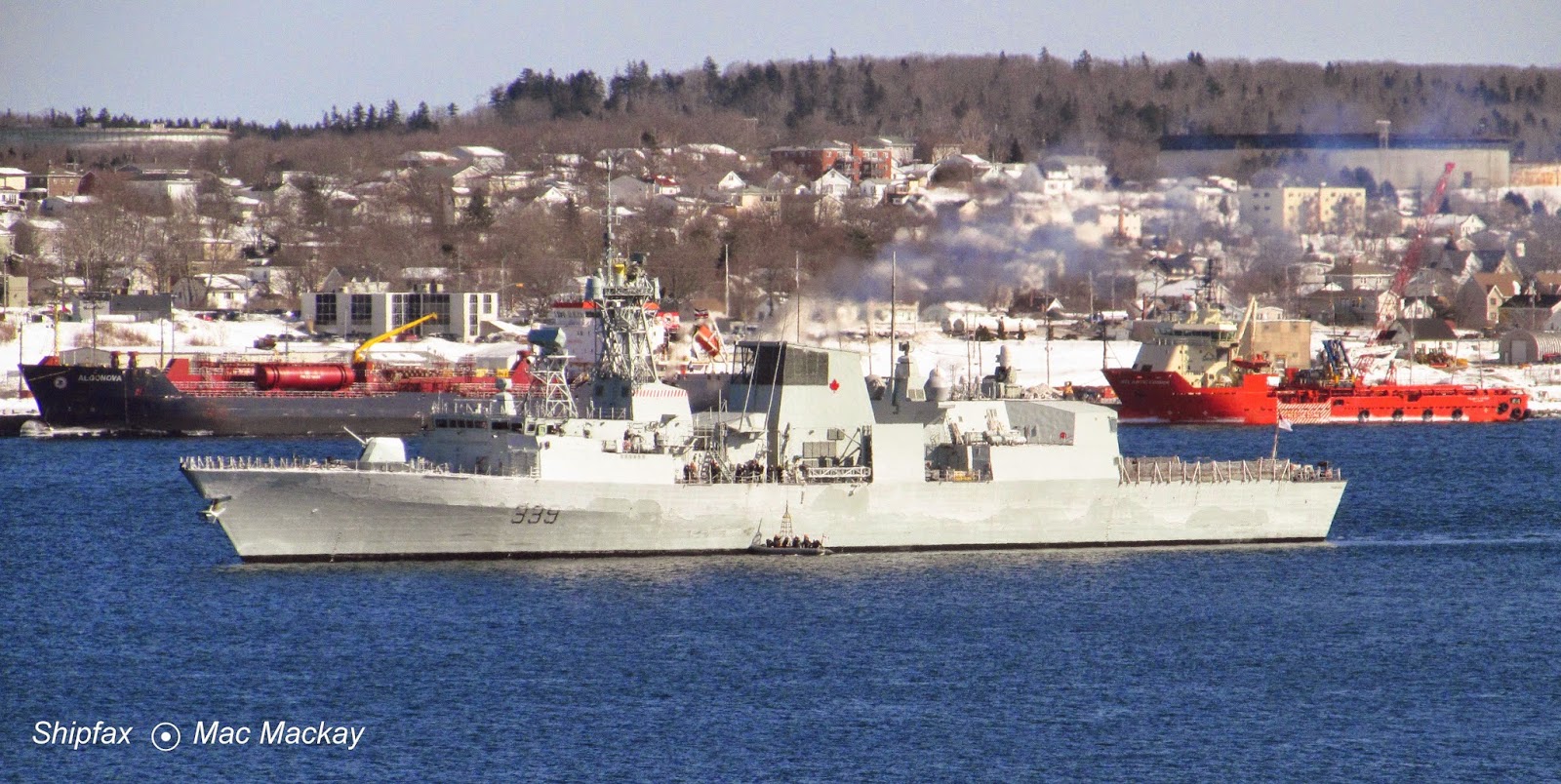 A thin skim of frozen spray coats the hull of Charlottetown as it arrives this afternoon to disembark some of its people. There is frozen spray on the waterlines of Algonova (left) and Atlantic Condor (right background)

HMCS Charlottetown arrived from sea mid-day today and disembarked some people to an open boat. At -20C it was the coldest day so far this winter, but with a good breeze blowing the wind chill was truly frigid.


Onego Trader - buttoned down for sea 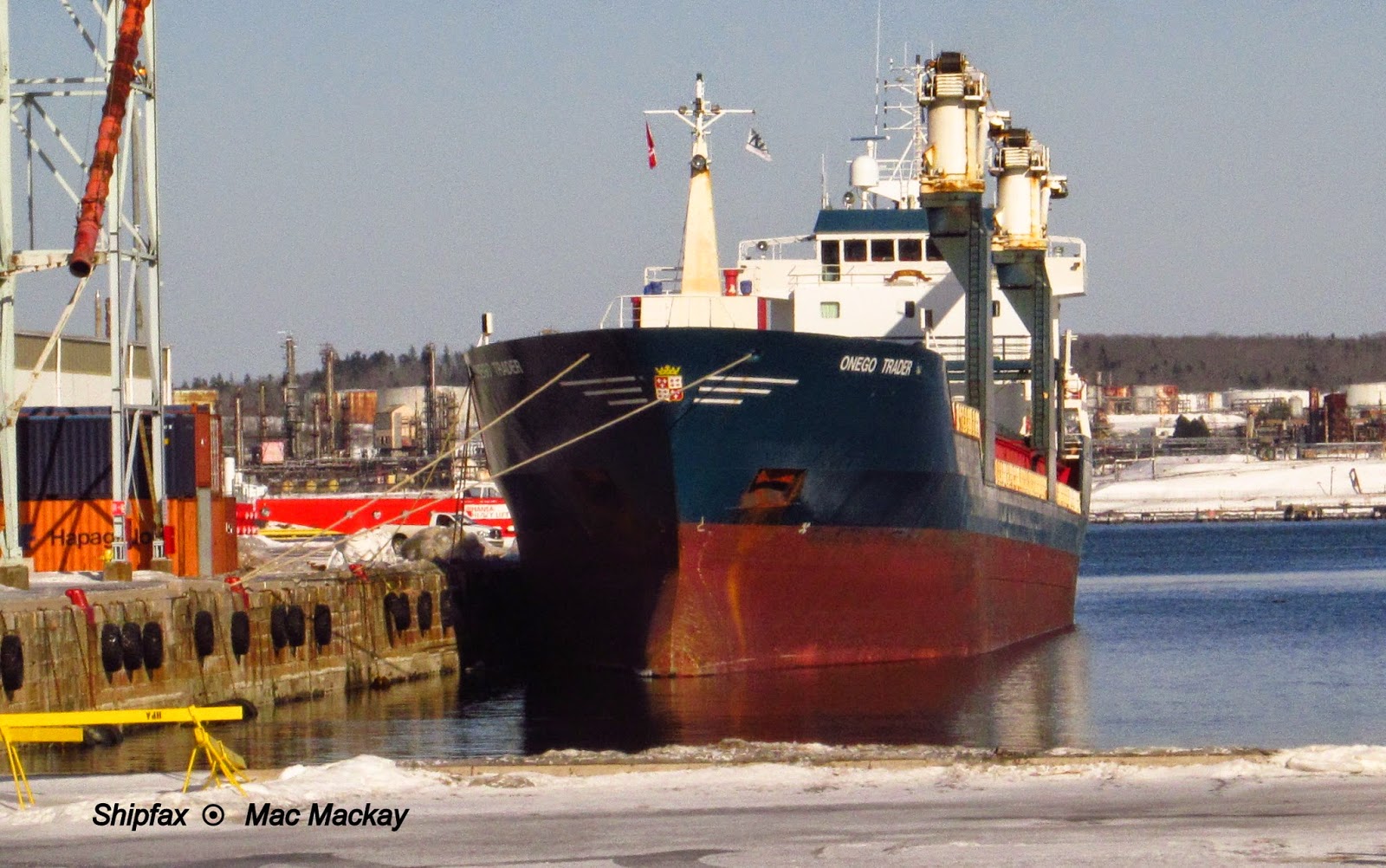 After a lengthy port stay to unload rails Onego Trader was finally finished working its cargo today and had its cranes stowed for sea. According to AIS its next port of call will be Bull Arm, NL.

The ship arrived February 4, and even allowing for several days delay due to weather conditions, it still took a very long time to unload. Perhaps there was some problem with the cargo - either it had shifted during the voyage or was frozen in place, or there was limited room on the pier for more cargo to be landed. 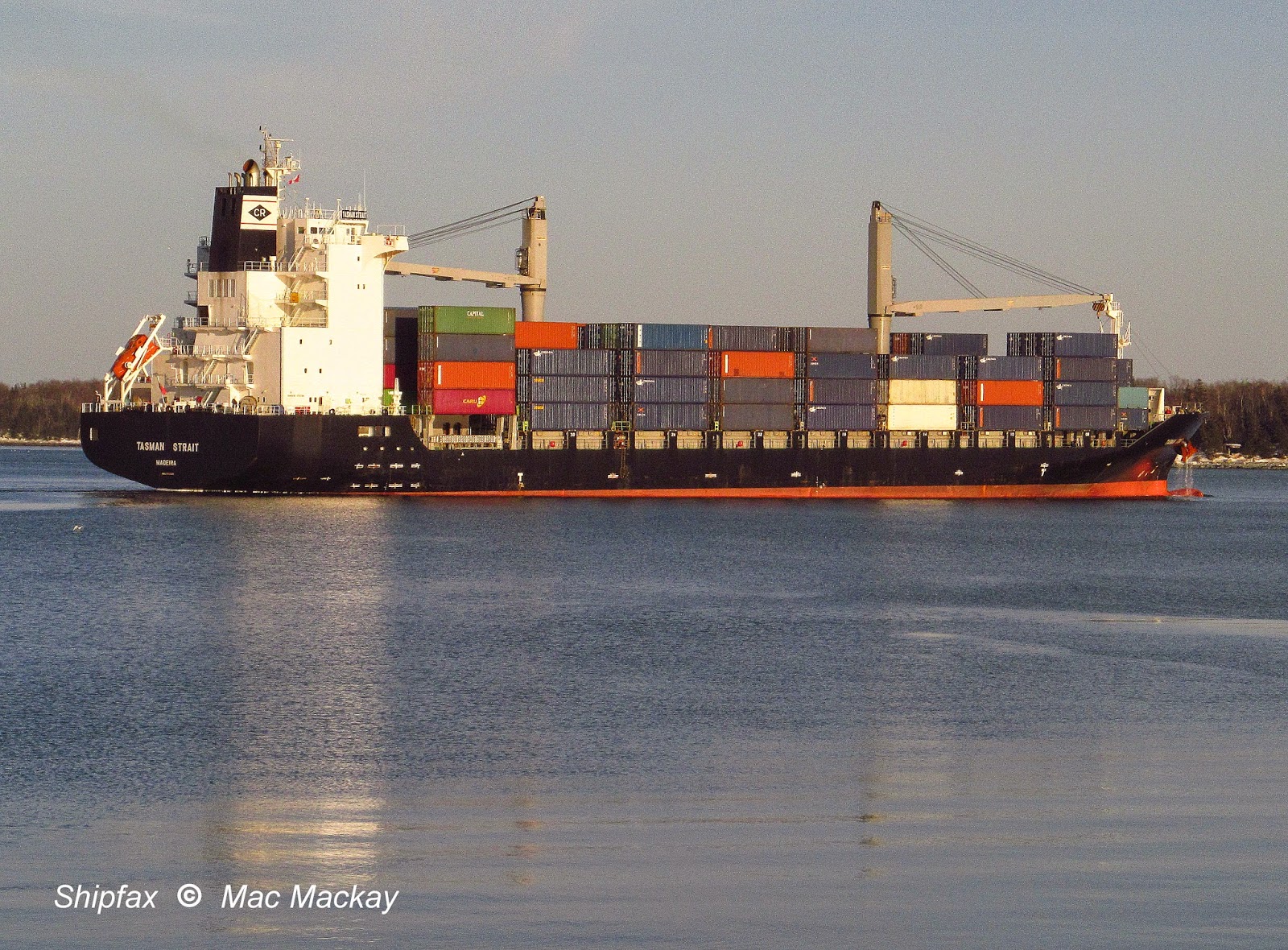 Colds air but calm seas for Tasman Sea as it heads outbound.


The Melfi Lines ship finished loading and sailed today after several days off. Late arrival of cargo by train is the suspected cause of the delay. The rail line between Halifax and Moncton was blocked for several days due to a stalled train. So much outbound cargo had backlogged in Halifax that there was no room in the Rockingham rail yard for inbound cargo. The ship arrived February 18 and shifted to pier 26 for the weekend to make room for other ships. It was back at pier 42 yesterday, and it appears to have taken on an almost full load of containers.