A ship called Acadia arrived today to take bunkers. This is not Irving Oil's Acadia, although that ship is also a frequent caller, but a crude oil tanker built in 2008 and originally named Overseas Acadia.
It came out of the New Times Shipbuilding Co of Jingjiang, China and measures 62,775 grt, 1113,005 dwt. It flies the Marshall Islands flag. 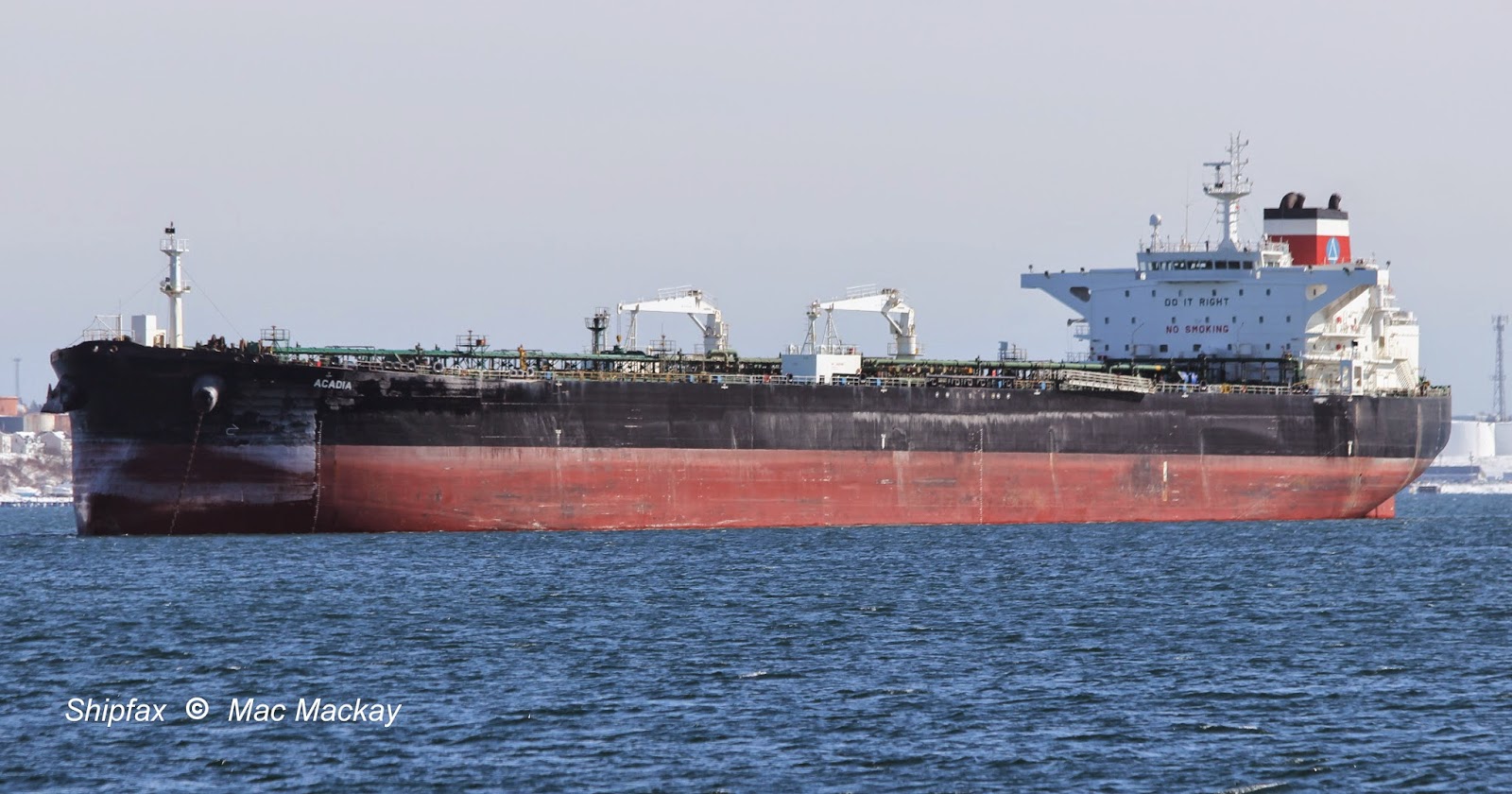 As its first name implied it was operated by OSG, Overseas Shipholding Group, but in 2014 it was transferred to Groton Pacific Carriers Inc of Stamford, CT and became simply Acadia.
The publicly traded OSG entered Chapter 11 bankruptcy protection in 2012 and was reorganized in by August 2014, the same month in which the ship was renamed.