Bonn Express to the breakers

It is the end of the road for another container ship. The rash of container ship scrappings, with the advent of new mega ships, continues apace as owners shed uneconomical tonnage- generally in the under 5,000 TEU range.
HAPAG-Lloyd is no exception to this trend, and they have sent Bonn Express to Aliaga to be cut up. 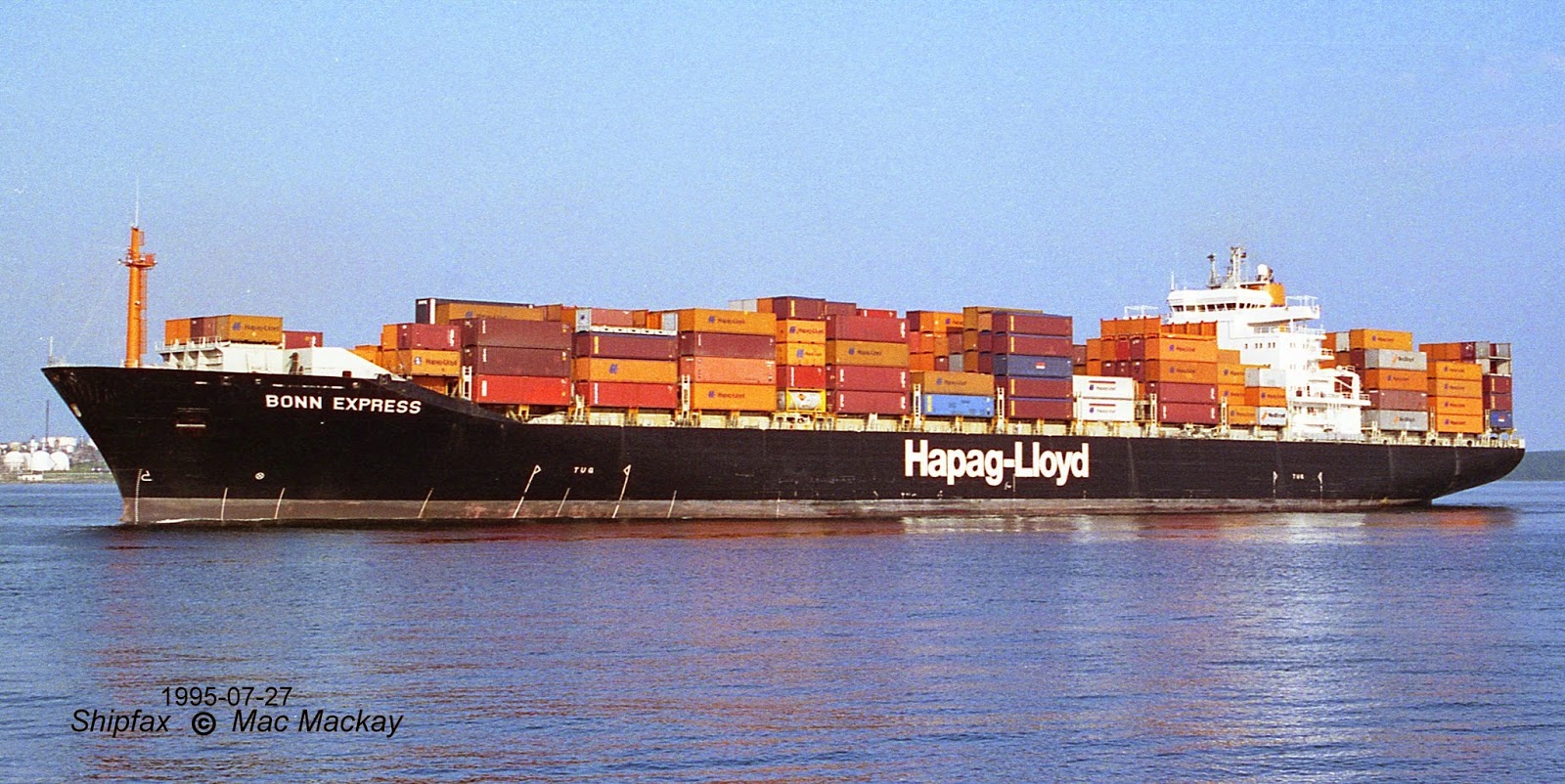 Bonn Express was a handsome ship, as it strides into Halifax in 1995.


Built in 1989 by Howaldtswerke-Deustsche Werft AG in Kiel, the ship was a 29,919 grt, 36,000 dwt ship with a capacity of 2291 TEU. Then in 1992 it was lengthened nearly 30 meters, adding two complete 40 foot container bays, and upping its tonnages to 35,919 grt, 46,002 dwt and its capacity to 2803 TEU (including 238 reefers)
This size was certainly adequate for H-L's transatlantic service in the 1990s, and the ship first appeared in Halifax in 1995.
However with 20,000 TEU ships on the horizon, a 26 year old container ship has become a liability, and this one will soon be no more. Always owned directly by HAPAG-Lloyd, the ship was reflagged to Bermuda in 2012 and management was contracted out to Anglo Eastern, but that was a stop gap and could not save the ship from its fate.