Nirint Shipping may be giving its regular ships a winter vacation, because today's arrival is not one of their usual ships. In fact it appears to be a spot charter for this trip from Moa, Cuba to Halifax only.

San Fernando Rey is owned by CTrans Maritime Services SL of Valencia, Spain, but is registered in the port of Douglas, Isle of Man. 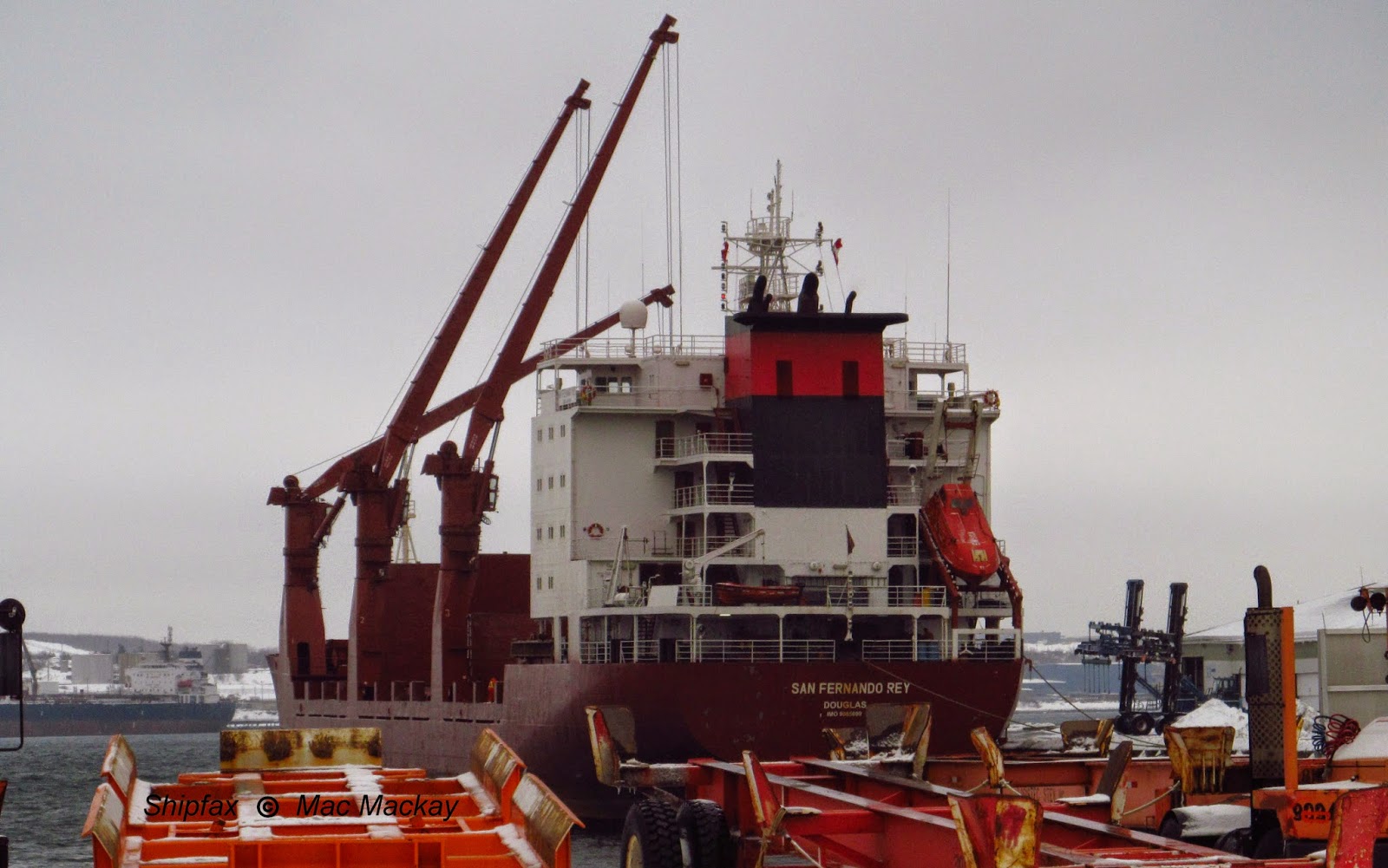 San Fernando Rey stern in at pier 31 has all three cranes working.

The ship has an unusual construction history. The hull was built by the Yantar shipyard in Kaliningrad, Lithuania but construction was completed by nearby Stoc.Gdanska, in Poland in 1999. Measuring 10,069 grt, 12,126 dwt, it is equipped with three 36 tonne cranes and has a container cpacity of 519 TEU.

The ship started out with the name Harjumaa, becoming Didon soon after, then Harjumaa again from 2002 to 2003. It was then renamed Safmarine Houston from 2003 to 2012, when it was again renamed Harjumaa. During all this time it was owned by Harjumaa Maritime Co, under the management of First Baltic Ship Management and flying the Estonian flag.

The current owners took over the ship in 2014 and  gave it its present name. 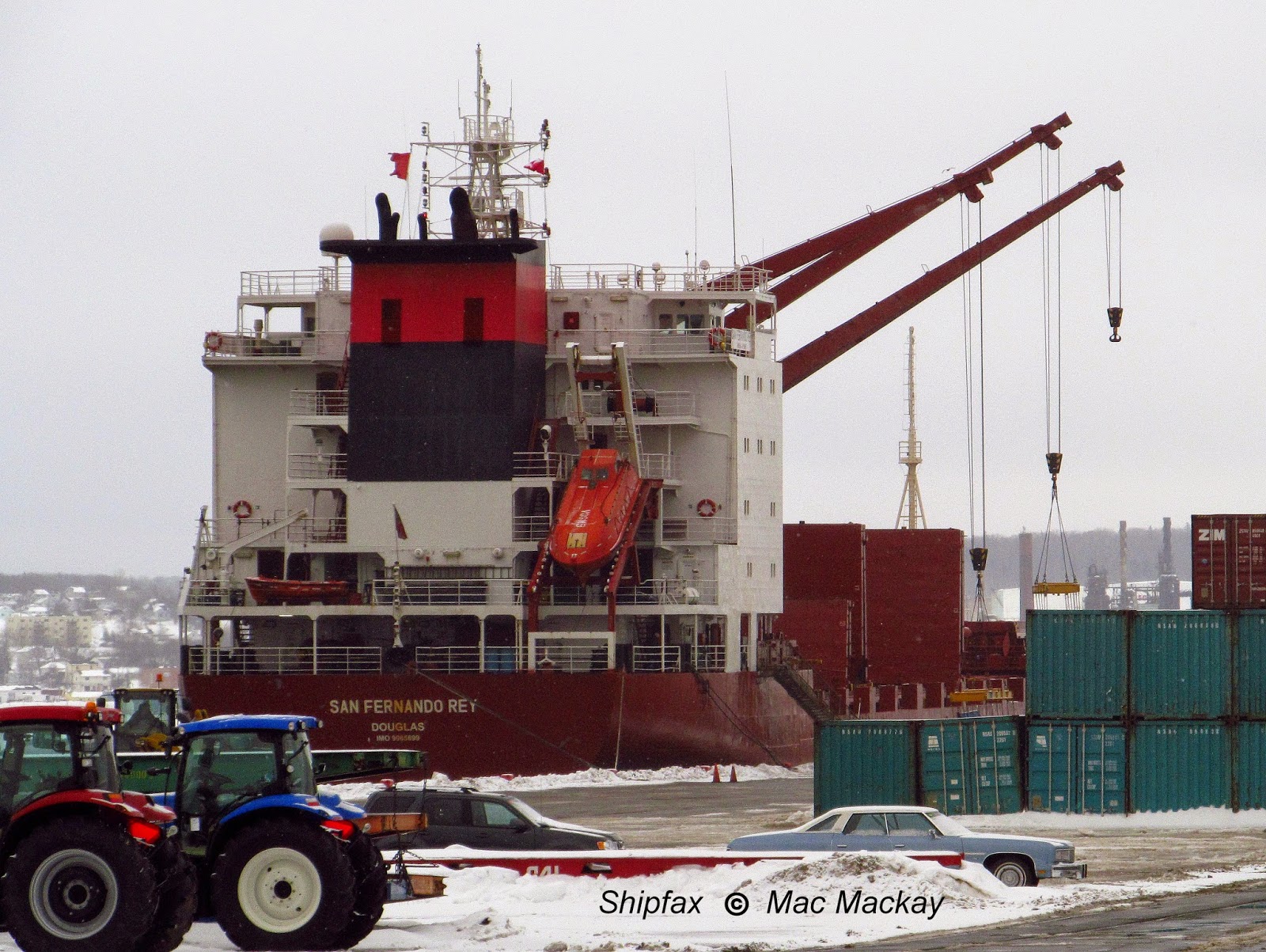 The ship is unloading bagged nickel sulfides from Cuba.