It was only 10 months ago that the icebreaking bulk carrier Nunavik visited Halifax on its delivery trip from Japan to Deception Bay, QC. The most powerful non-nuclear bulk carrier in the world, built at an estimated cost of $90 million (four times the cost of a conventional bulker) went to work carrying nickel concentrate year round without icebreaker assistance. 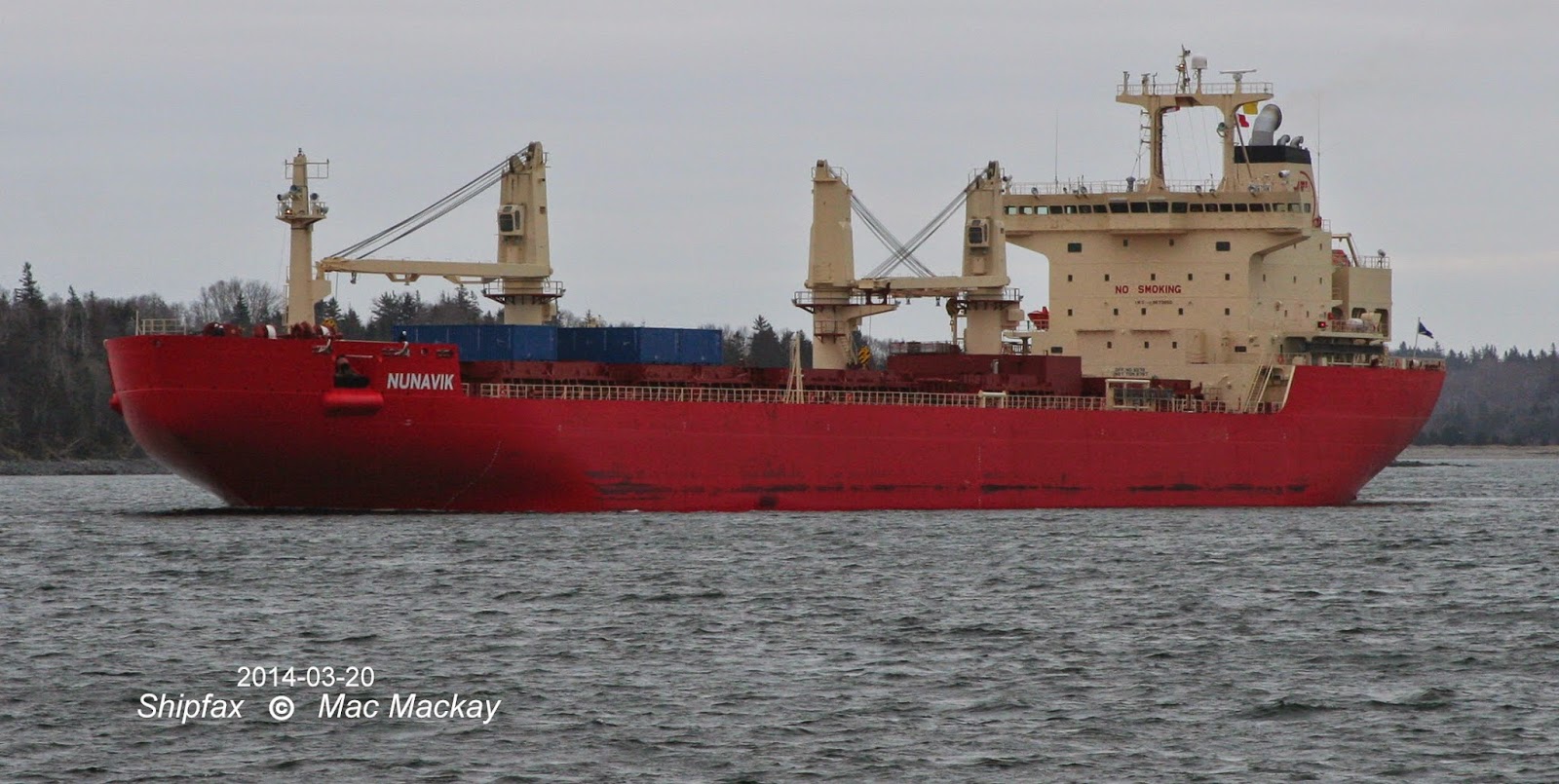 Although it was only speculated at the time of delivery, it came to pass in September 2014 that the ship sailed from Deception Bay with a cargo 23,000 tonnes for China via the Northwest Passage. This record breaking voyage was 40% shorter than if the ship had sailed via the Panama Canal. It used 1300 tonnes less greenhouse gas in doing so, and ended in Bayuquan, China October 17.
The trip, particularly the Northwest Passage (September 19-27) was not without its challenges, but it was completed entirely without government icebreaker assistance - a first.

The Northwest Passage is not charted to commercial standards, there are many anomalies and unknown bottom conditions that make for difficult navigation in the arctic. The presence of old multi-year ice is a very large hazard as is newly forming ice after the summer season. All in all it is a chancy operation to sail the northern route, particularly when there is no nearby help from other ships, and insurance rates reflect that.
.

Nunavik's owners, Fednav of Montreal, have been operating two other icebreaking bulk carriers now serving Voisey's Bay, NL, and scores of other ice rated ships for many years. In fact they have their own in-house ice navigation office called Enfotec, which accumulates data and transmits it to the ships to assist in taking the best route.  The ship also used a drone to increase the look ahead distance. Since ice often does not appear on radar, and carrying a scout helicopter is an expensive proposition, the drone was an inexpensive way to provide the ship's masters with visual evidence to detect ice in advance. The drone proved successful, but the company may also experiment with helium balloons to increase the altitude, and thus the range of view.

On Friday Nunavik is due to pick up a pilot off Halifax for Sheet Harbour, NS (an adjunct of Halifax harbor, 50 miles northeast of the main port) to load mining equipment for Deception Bay. The ship is on the return leg of its China trip, having sailed back across the Pacific, through the Panama Canal, to Deception Bay , then to Germany and now back across the Atlantic.

Hear more about his Tuesday February 3 at 0620 hrs AST (note this is a new and earlier time) on CBC Information morning 90.5FM in Halifax or live via the web at http://www.cbc.ca/informationmorningns/