The tanker BW Leopard arrived at Imperial Oil's number 4 dock this morning. Heavy sea smoke and sun rising directly behind the ship prevented a better photo. Built in 2011 by SPP Shipbuilding in Tongyong, South Korea the 29,737 grt, 49,999 dwt ship was named Elandra Leopard until June 2014 when it adopted is present name. It flies the Singapore flag. 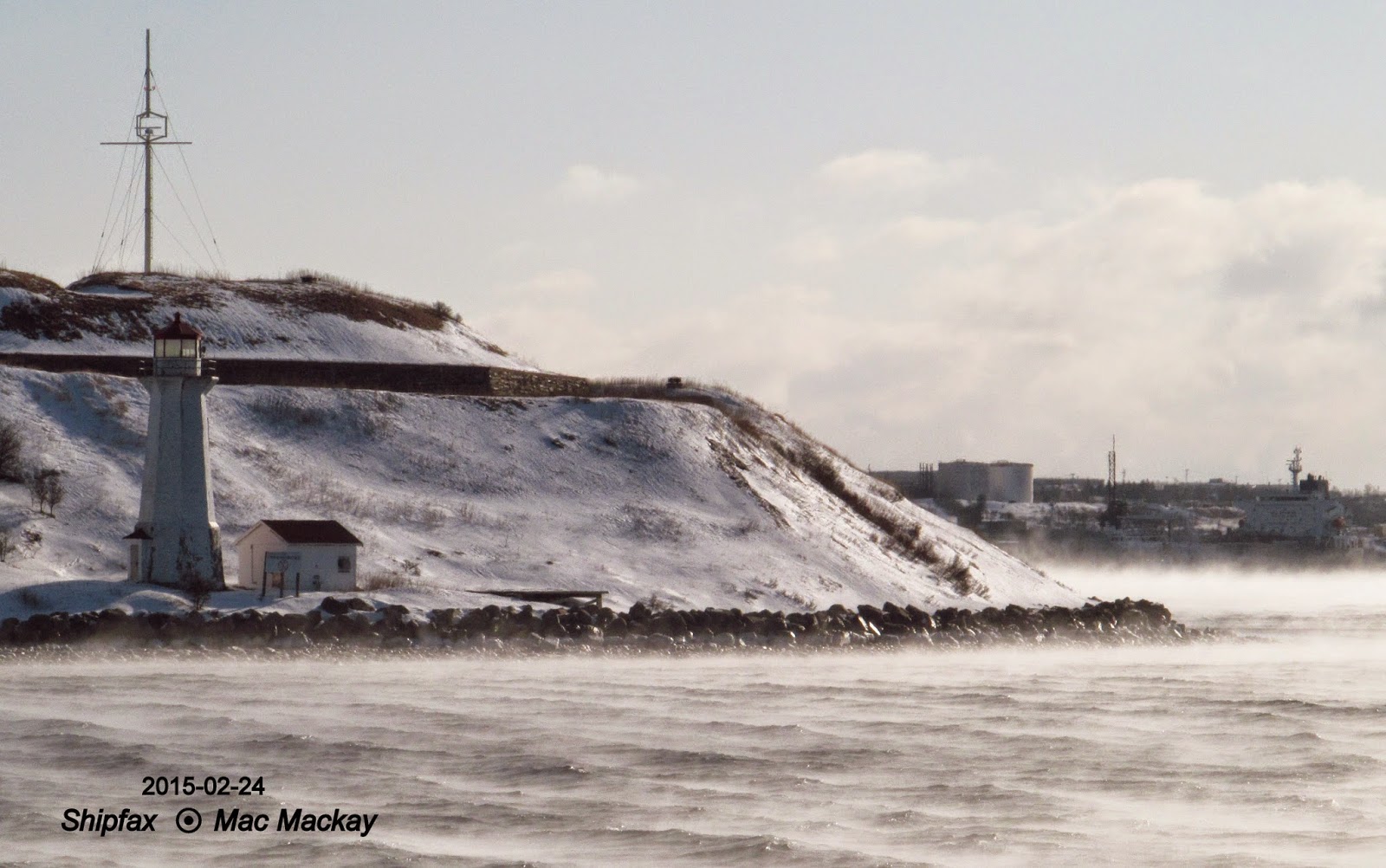 Imperial Oil has been busy the last several days with the Canadian tanker Algonova shuttling back and forth from the Valero dock in Eastern Passage.

Behind the George's Island lighthouse is a communications mast which carries the Vessel Traffic Services radar scanner for Halifax Traffic and the necessary microwave and radio transmitters. Power for the installation is fed by electrical cable from the Halifax shore.