Big bulker for bunkers (or maybe not)*

An unusually large and fully loaded bulk carrier put in for bunkers early this morning. Frontier Discovery is operated by the giant Japanese company NYK Lines under the Japanese flag. Built in 2010 by Namura Shipbuilding Co Ltd in Imari, it measures 91,467 grt, 174,843 dwt, and is one of 129 capesize bulkers in the NYK fleet. 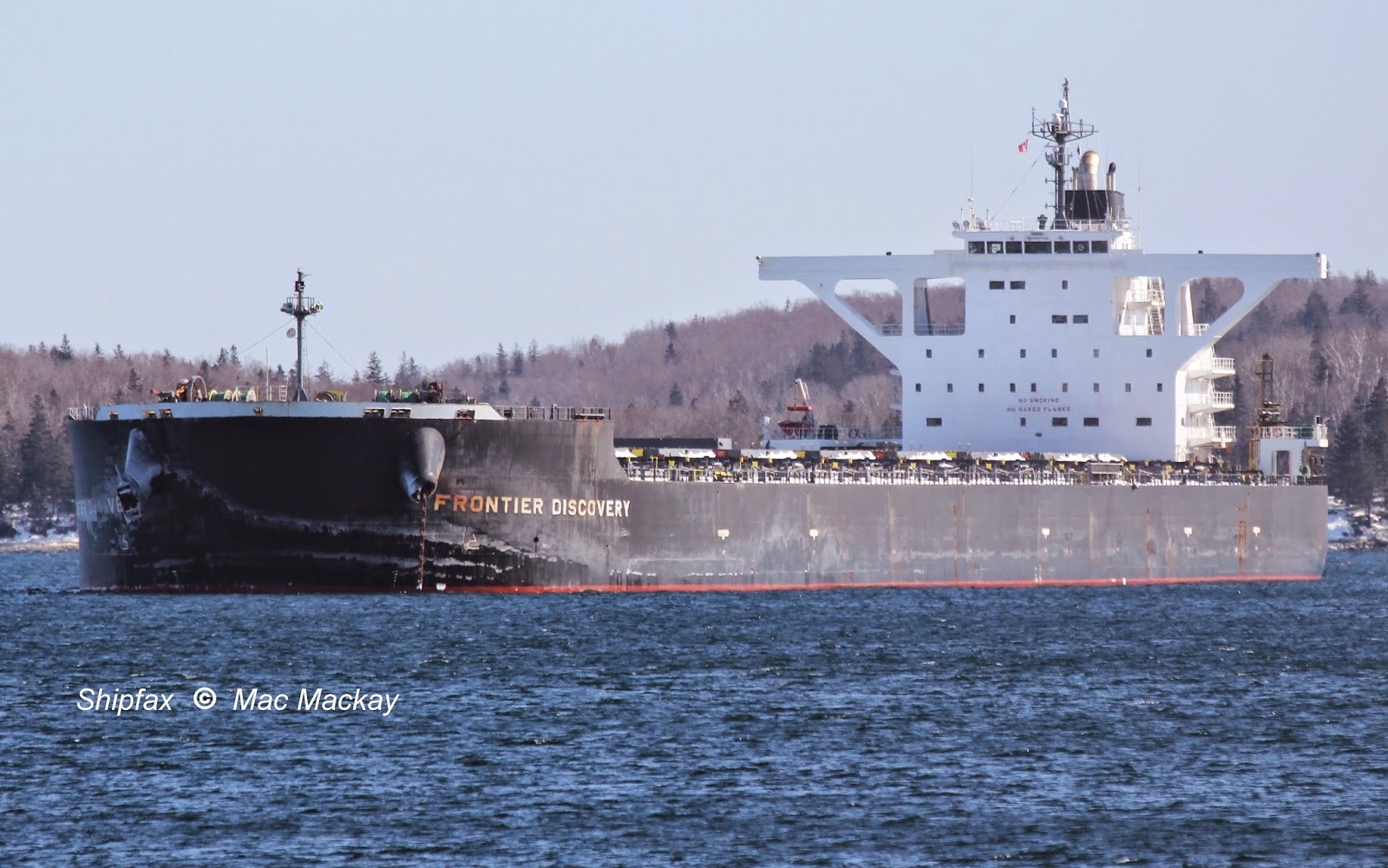 As the name implies, these ships are too large to use the Panama and Suez canals, and thus usually operate in one sphere of the world where cape transits are not needed. However in the last year Frontier Discovery has been in Sierra Leone, China, Rotterdam, Baltimore, Singapore, Indonesia, China again and Germany.

It was reported in Hamburg, Germany at the end of January where it unloaded a cargo of coal or iron ore at Hansaport. That facility is the primary import facility for such bulk cargoes and moves the material onward by train or barge to inland locations in Germany. 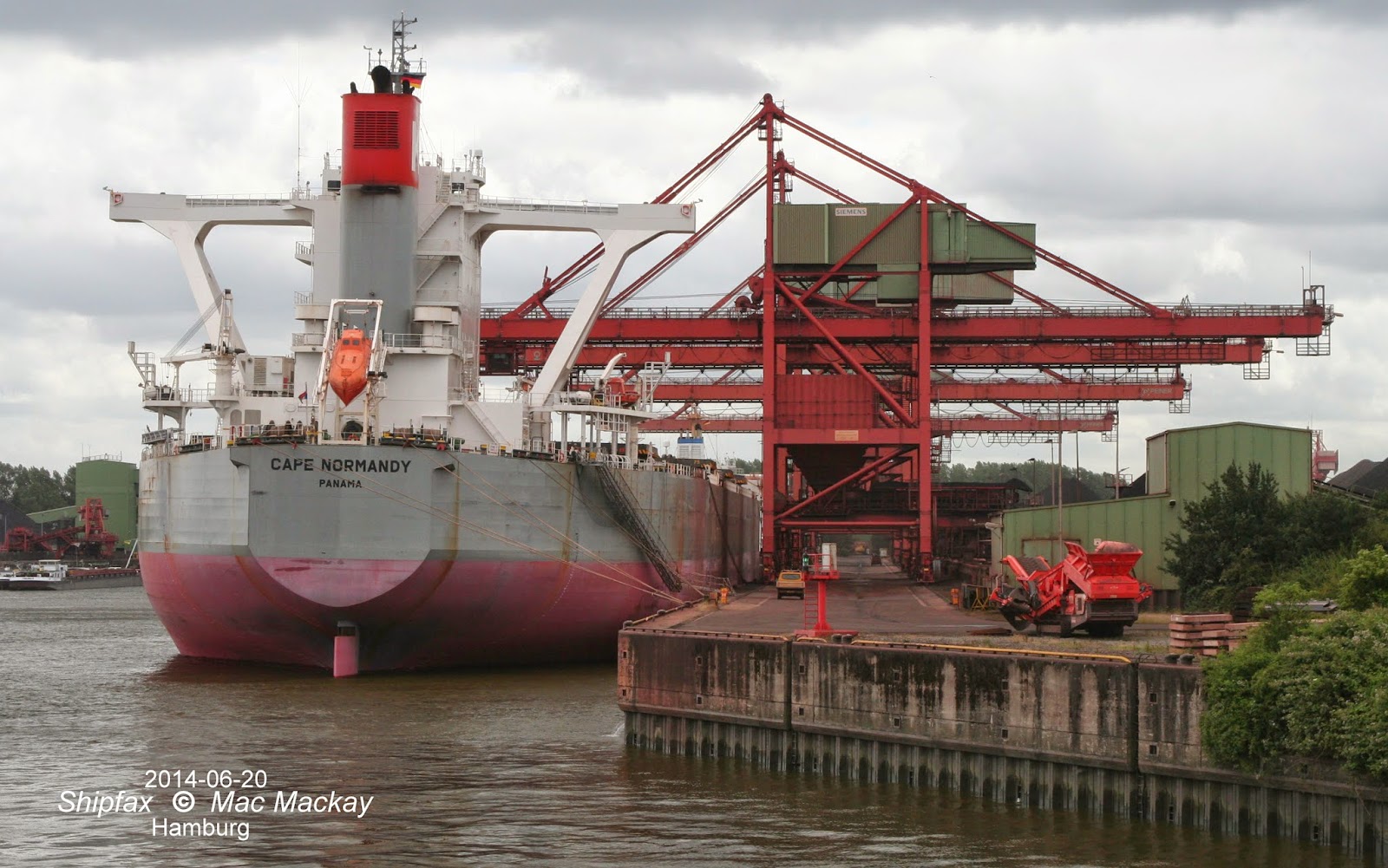 The panamax Dione also at Hansaport, with mountains of coal in the stockpile.

* As of Saturday morning there was no sign that the ship had taken bunkers yet. Perhaps it is here for repairs instead.
.
Posted by Mac at 3:26 PM