After my feature on C.T.M.A. ferries on February 13 http://shipfax.blogspot.ca/2015/02/ctma-mulls-fleet-replacement.html  , the ferry C.T.M.A. Vacançier has again asked for icebreaker assistance in reaching Souris PEI from Cap-aux-Meules. Due to heavy ice in the area, the ship was at sea for 30 hours (as opposed to 5 hours in open water). The CCG called in CCGS Henry Larsen  from Newfoundland.
It had also assisted the tanker Acadian in reaching Charlottetown. 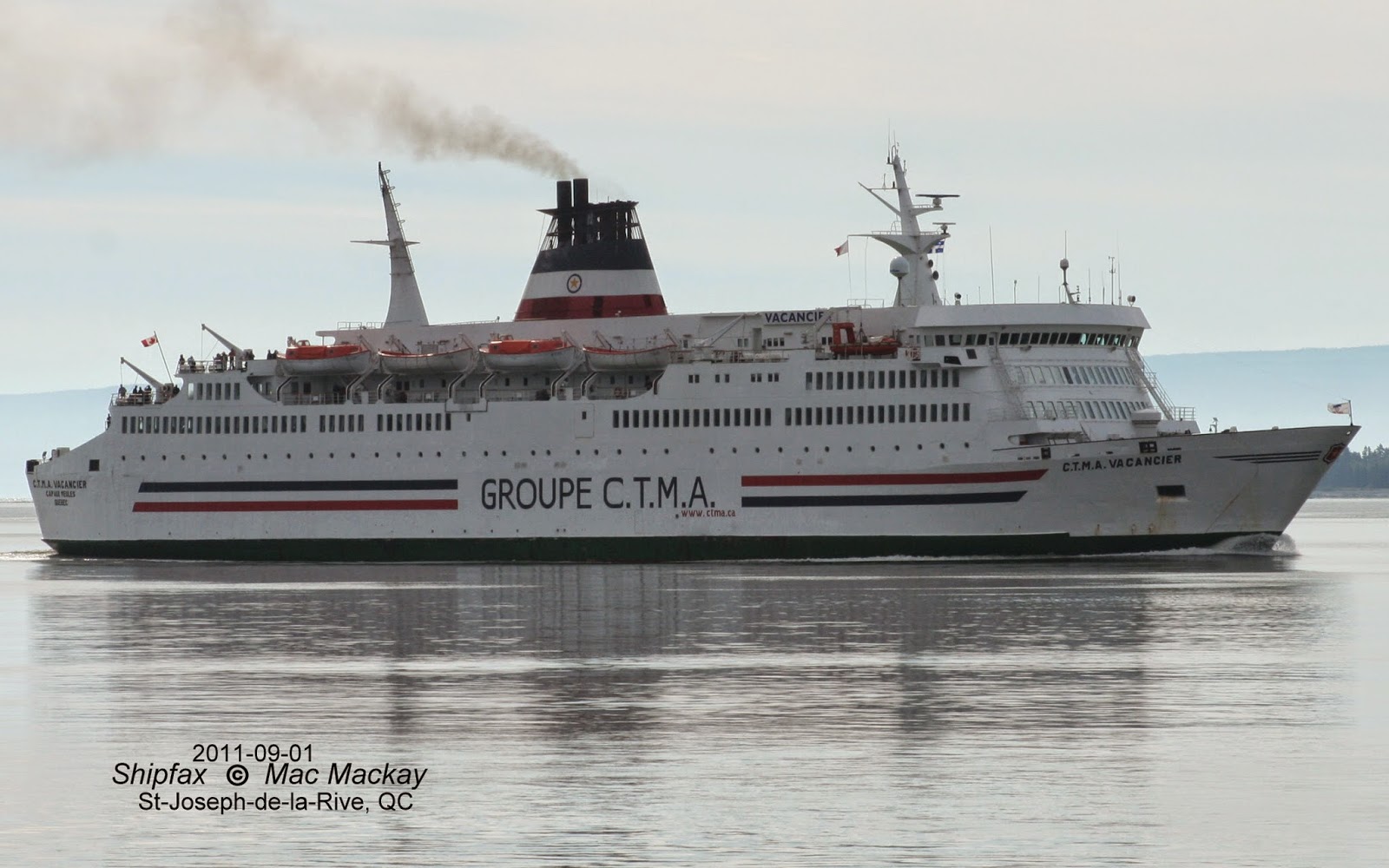 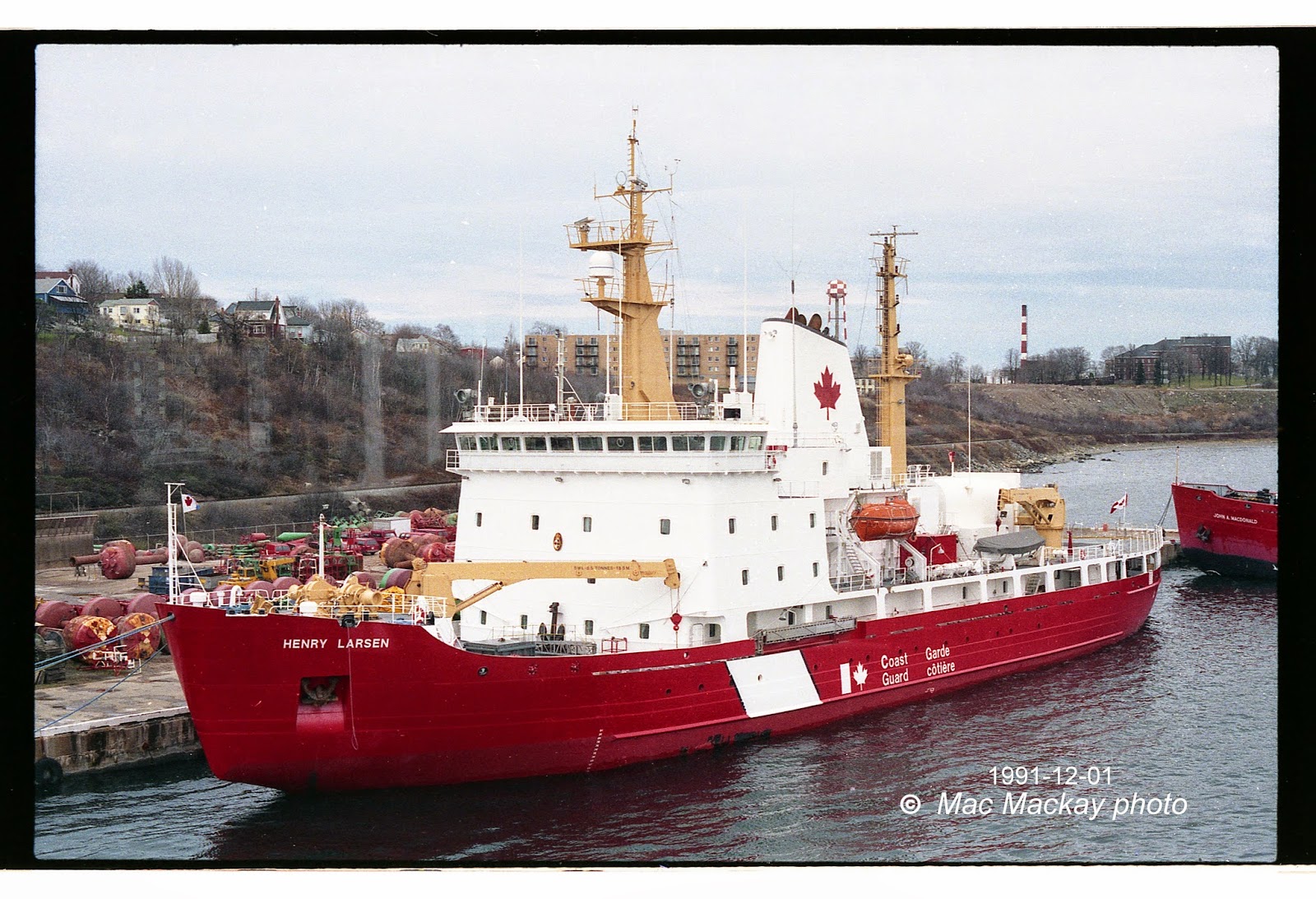 CCGS Henry Larsen fills the frame while tied up at the old Coast Guard Base in Dartmouth in 1991.

Meanwhile at North Sydney the Leif Ericson was trapped in ice for a time and its arrival was delayed by five hours. Ice experts state that conditions are normal for this time of year. 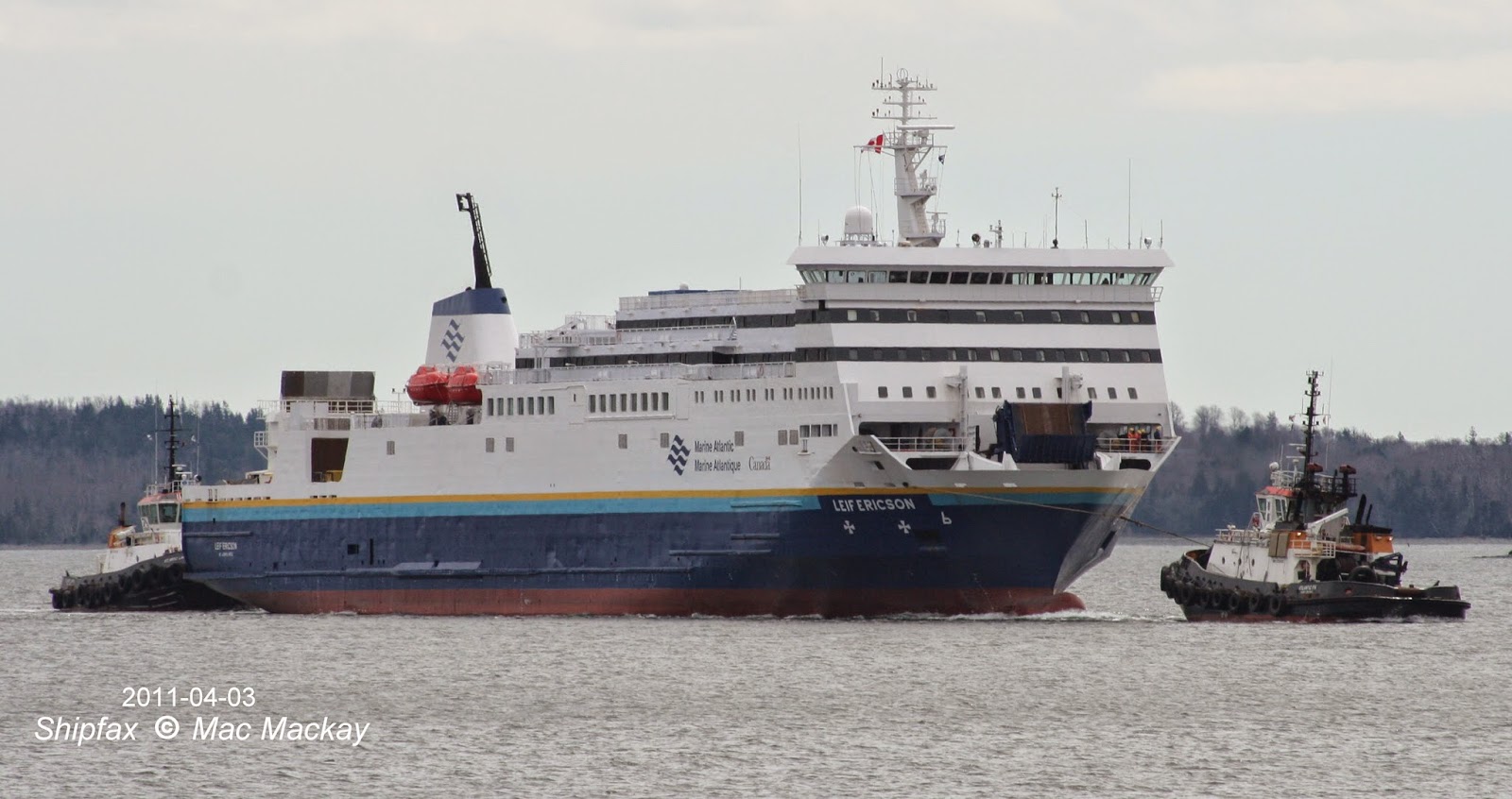 Tugs assist Leif Ericson as it prepares to go into drydock in Halifax in 2011.