American flag ships are rare to see in Halifax, but this one (and similar sisters) are more likely to call. That is because they are non-Jones Act ships. To qualify under the Jones Act ships must be built in the US, owned in the US and carry US crew (among other things.) A ship may be registered in the USA, but if it does not qualify under the Jones Act, it is prevented from trading between US ports. 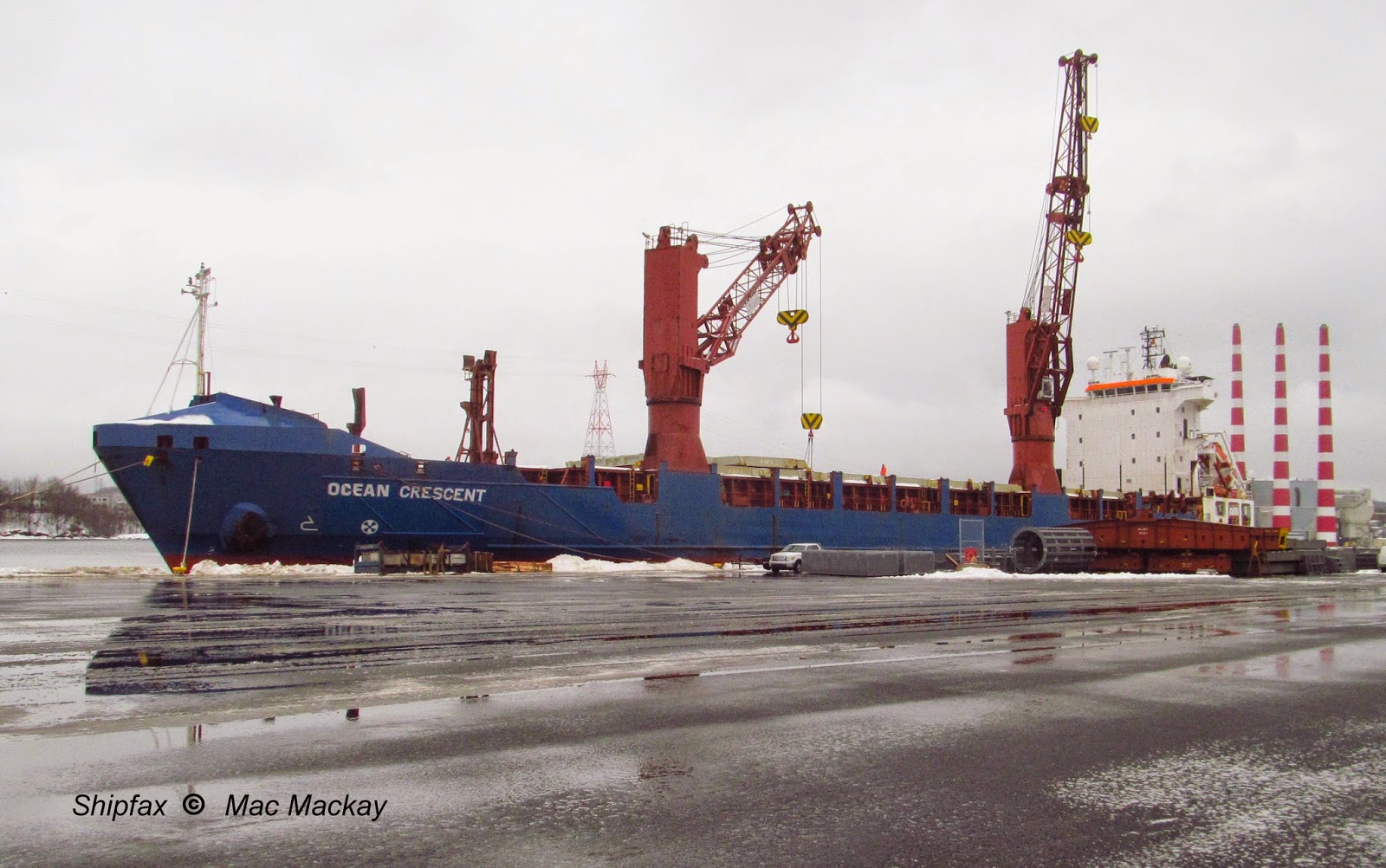 Ocean Crescent was built by the Barreras shipyard in Vigo, Spain and completed by the Viano do Castelo shipyard for German owners Jungerhans Maritime Services. Named Pollux J. it only flew the German flag for a short time during 2002 when it was transferred to the Antiguan flag for Heavylift Crescent LLC and renamed Industrial Crescent.

In 2010 through Intermarine it transferred to the US flag with commercial management by Pacific Gulf Marine and Crowley Technical Management responsible for the day to day operations.

Because it was built in Spain, it does not qualify under the Jones Act, and can't trade between US ports, but it does receive preferential consideration over foreign flag ships for US government cargoes.
The ship is enrolled in the US Maritime Security Program, which provides access to a fleet of merchant ships at the ready for strategic purposes. It also has a US crew. 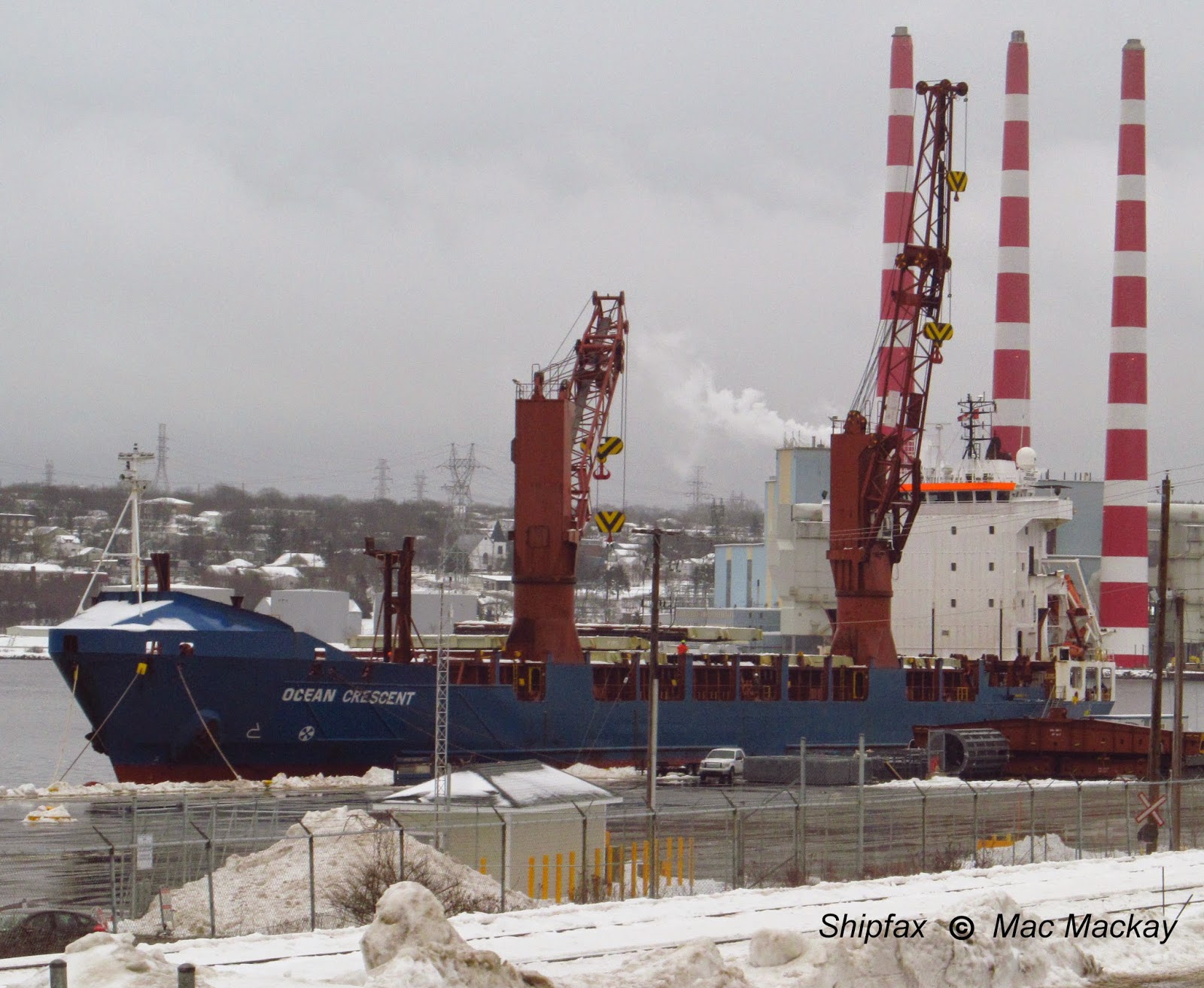 The ship's prominent cranes are capable of lifting 200 tonnes each and can combine for a 400 tonne lift.